The great thing about Lara Croft finishing her origin arc is that she can get back to raiding tombs full-time, and The Forge - the first DLC for Shadow Of The Tomb Raider - looks looks like a spicy one. Available next month separately or as part of the season pass, it's the first of seven monthly releases of new tombs to raid in new side-stories, plus the option to explore them with a friend online. The Forge launches on November 13th, and you can see another screenshot and a lovely bit of concept art below. 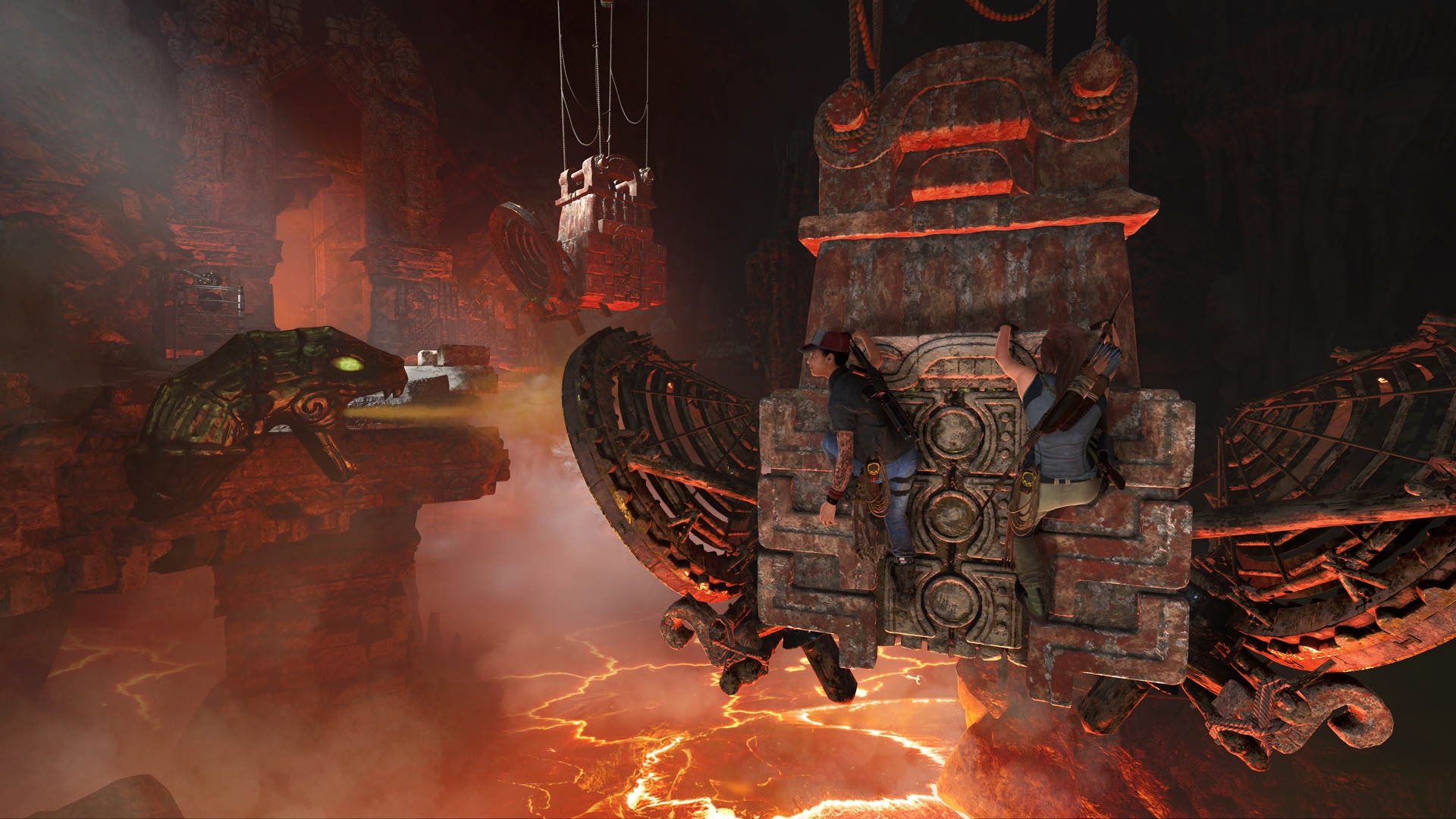 As John Walker noted in his review, and Matt Castle in his accompanying video, Shadow Of The Tomb Raider is less Lara as Lady Rambo, and more true to her grave-robbing roots. Now she's back to discovering ancient forgotten super-civilisations, kicking over their old ruins and nicking their stuff, and by most accounts (I've yet to play it), the tombs are the best part of it. It's nice to see Crystal Dynamics doubling down on the good bits, then - the season pass will include seven 'paths', each one containing a bit more story and one new tomb, weapon, costume and skill. 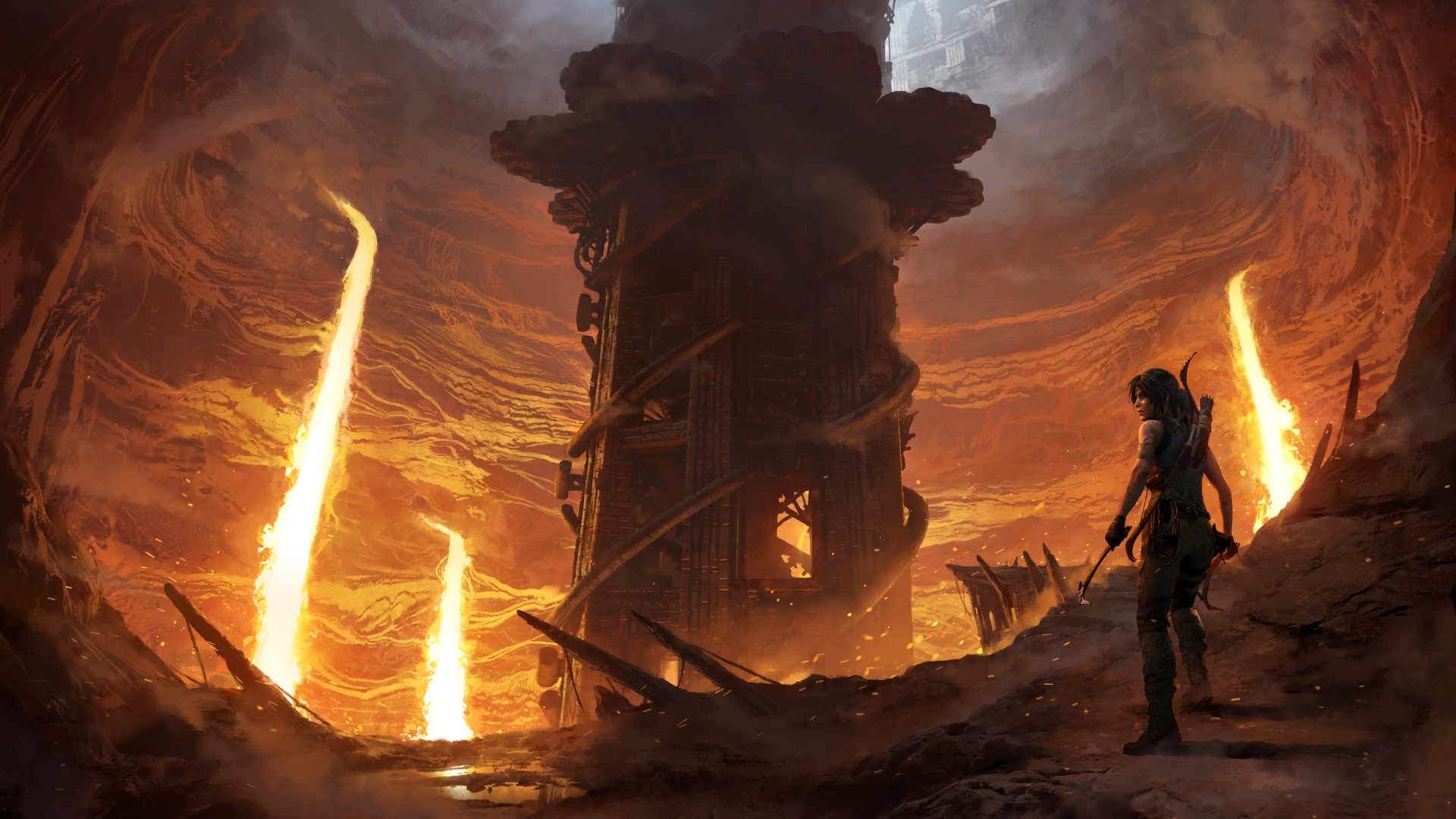 While there's no details on how it'll function, co-op play is one of the season pass's features, and you can see a second player character hanging around in the screenshots above. I'm personally hoping for dynamic puzzles that get more complicated when you've got two players around (as some other games have) but just adding multiplayer at all as a DLC feature is an interesting change of pace. The Forge itself is a nasty volcanic environment, dominated by a single corkscrew spire in the center, ringed with cogs - I know a main dungeon puzzle mechanic when I see one.

The Forge will be available on November 13th, either as part of the £23/30/$30 season pass, or sold separately. No standalone price has been announced yet, but I'm guessing around £5/$5. Apparently one 'path' will be exclusive to the season pass.