The people living in my new habitat dome have jobs to do, that's what brought them to Mars in the first place, but when they finish work they have two choices: they can either go to the casino or the bar. I could have built a gym or some other kind of leisure facility, but I went with the casino and bar combo. It's what I'd want if I had to live in a dome on a hostile planet.

And make no mistake, Mars is a hostile planet. That's why Surviving Mars [official site] can be so demanding.

Broadly, I think Mars colonisation will have three phases. I'm referring to the process of colonising in the game Surviving Mars here rather than preparing to deliver a TED talk.

The first phase involves populating the planet with robots. They trundle around setting up the infrastructure, making sure that when people arrive from Earth they can do all the fun things that humans like to do, like eating and drinking and sleeping. 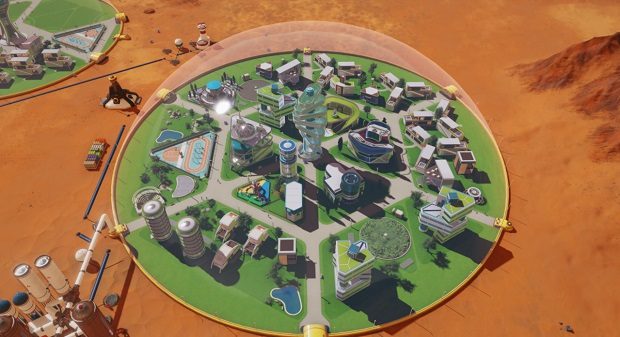 So you set up power networks, harnessing wind or solar energy, and you set up batteries to store the power during the nights or on those occasions when the wind isn't up to much. Then you make concrete and mine metals so that you can construct more useful buildings, and eventually you build domes. That's when you enter phase two.

The domes are where your people live and after playing the game very briefly, I reckon those people might be the most interesting thing about Surviving Mars. Rather than living in settlements on the surface, they're confined to the domes, only really leaving to get from one place to another or when commuting to the local exotic metal refinery.

Dome management, then, is very important. Throw a bunch of homesick colonists into cramped living quarters and only give them bars and casinos as social spaces, and they're likely to develop some bad habits. You won't see the individual members of your population wandering around like Sims, but they do have traits and can develop new ones if their surroundings encourage good/bad behaviour. 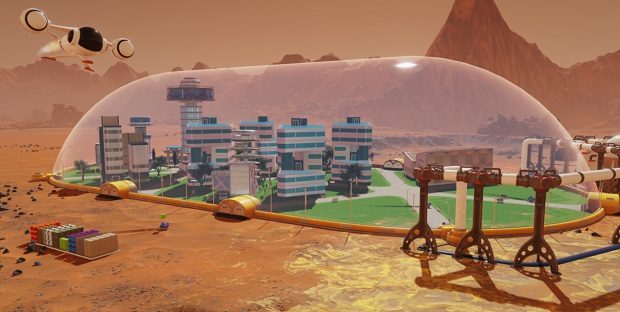 Migrate to a distant planet with a tiny population and spend your days working and drinking? That might lead to some problems down the line. And that's why it's better to have some variety in terms of leisure offerings in your domes, but providing that variety takes space and even though Mars is big and empty, your domes fill up quite quickly. Throw in a school and a health clinic and a few apartment blocks, and a small dome will be pretty much full. Bigger domes are more expensive and require more resources, but offer obvious advantages.

If you treat your colonists badly, or if Mars isn't to their liking, they'll take the next rocket home. You could just stop sending rockets home and turn Mars into a sort of prison planet, but connections with Earth are important. Depending on the sponsor you pick at the beginning of the game, you'll have various equipment and resources right at the start of the game, but you'll also need to figure out why the heck you're on Mars in the first place.

Research is the key goal - like an Arctic outpost you're out on the edge of nowhere to Do Science - but there's nothing wrong with making a bit of cash along the way, so if you find deposits of rare minerals, you can pull them out of the ground and send them home. And you might be able to ask for supplies as well, provided everything is hunky dory back in the Old World, and your sponsors are still supportive of the mission. It's not clear yet how that relationship will play out, but there could be some interesting twists in the tale. 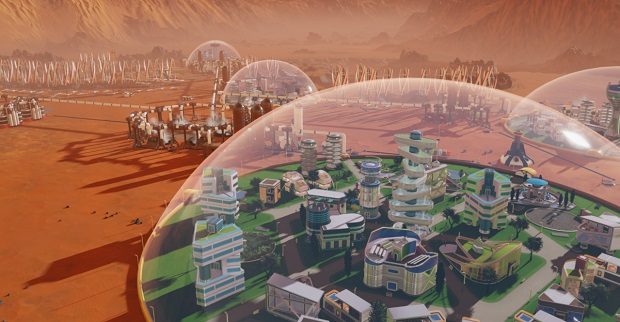 All of that will be revealed closer to release though. These are still the early stages of public showings for Surviving Mars. The game as I've played it is as solid as the shell of those domes but it's impossible to gauge how well each of the three phases will work. I know nothing at all of the third, in fact, which is when martian mysteries might kick in, adding a touch of sci-fi suspense along with all that martian management.

The domes are neat microcosms, little bubbles of life within an automated world. If Surviving Mars is going to grab me, it'll most likely do so by balancing the usual machinery of management games, which so often become self-sustaining loops once all of the elements are in place, with the more fragile environment of the human habitats. I saw an example of this when a storm drained my power supplies, forcing my people to rely on reserves. 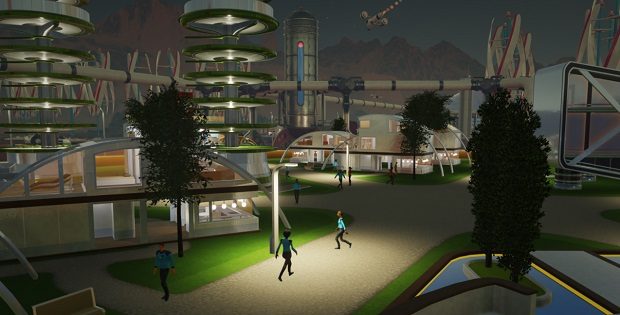 When disaster strikes, the response requires a cool head. What can we shut down to preserve energy for life support systems? How long is this crisis likely to last and what are the essential facilities needed to prevent misery and death? There's something dangerously picturesque about the scene as lights flicker out across the planet's surface.

Whether Surviving Mars will maintain that tension, between pushing forward at pace and playing it safe, is up in the air for now. But there is the promise of something intriguing in the balance between an automated planet and the fragility of life beneath the domes.

Oh, and go back to the fourth paragraph of this article. If you weren't screaming “AND OXYGEN, ADAM, DON'T FORGET OXYGEN” at the internet for the duration of the preview, you have failed as a Mars mayor before you've even begun.