Teamfight Tactics' beta is back, and there are some new rewards for you to earn. It's still free and you'll be able to unlock unique items for a limited time before they go away for good. Nows the best time to get earning those rewards, and we'll have the overview of what is in the pass right here.

Our TFT beta pass guide will go over the current beta pass's rank rewards and the ways you gain experience. 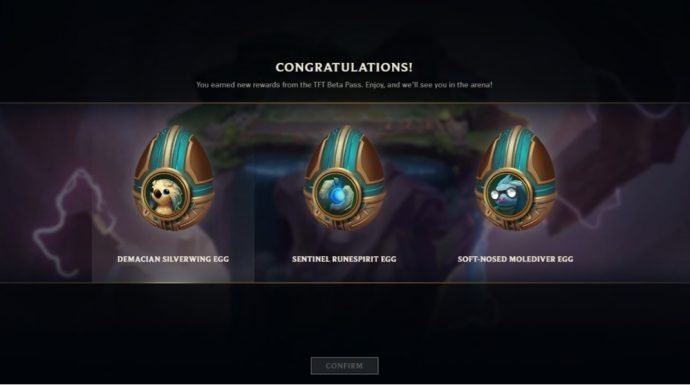 The second chapter of the beta pass will end when TFT 9.20 patch drops in eight weeks, which will be October 9th, 2019. The "second chapter" of the beta pass began when the League of Legends client is updated to the TFT 9.16 patch. There is an indication that this will remain free for the beta period, but after that, there will likely be a battle pass.

We got details on the TFT beta pass second chapter in a blog post from Riot. By simply playing the game in the client, you can unlock the beta pass rewards once you reach certain experience thresholds. You can earn experience by doing three things: Playing games, completing weekly missions, and using the Orb of Enlightenment on the menu screen.

Regarding the Orb itself, you'll get 70 XP for using it, and 10 XP additionally after completing each of the next five games in that day. This gives you a total of 120 XP on a daily basis that you can earn, not counting the XP gained in weekly missions.

Below are all of the rewards for every Rank in the Beta Pass: 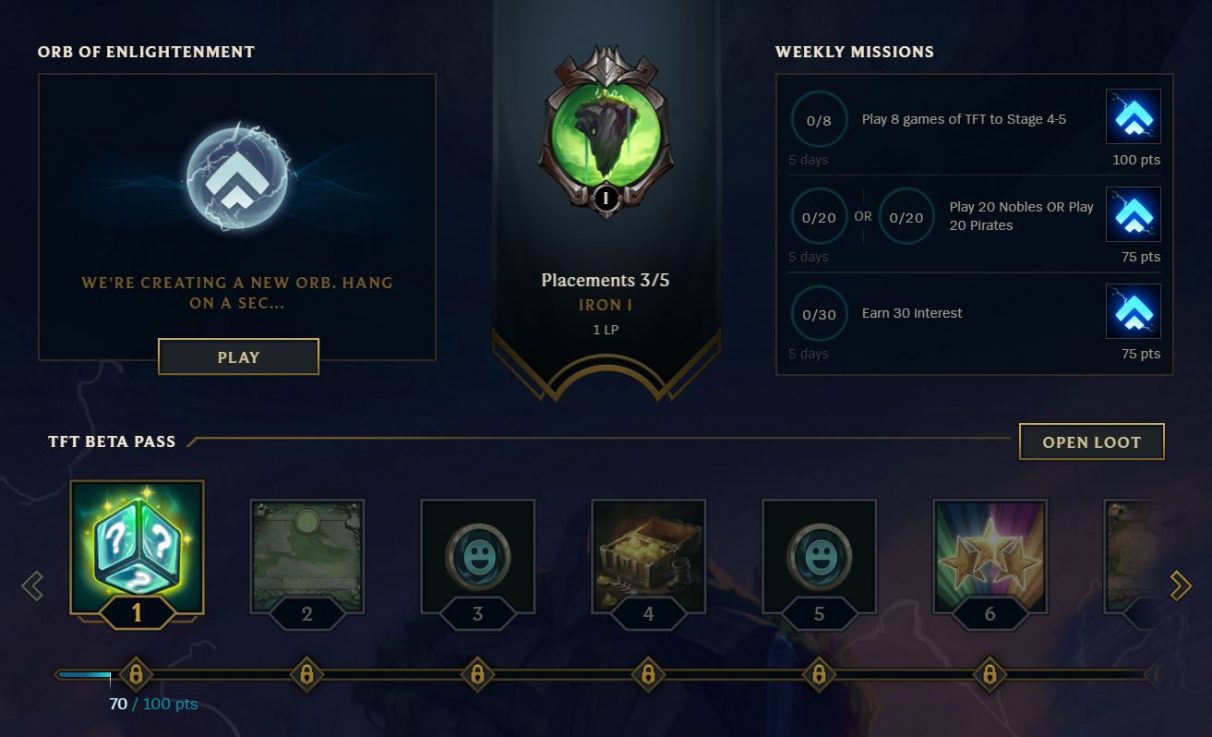 In order to unlock the rewards, you'll need to complete missions. Riot was transparent enough to give the full amount of possible experience (9280 XP) and how much it'll cost to get all the rewards (6800 XP). Riot anticipate that there will be six missions in total each week. Two missions should be completed within the first session of the week, while two will be based on completing a certain number of games during the week.

The final two are a little more taxing, requiring unorthodox tactics. Three are given at a time and another will take a completed mission's place. The missions here are just the first three, which seem to be set, however we will update you when we learn what the other three missions are this week. If you know what they are and can provide proof, do feel free to comment if you know what these are. 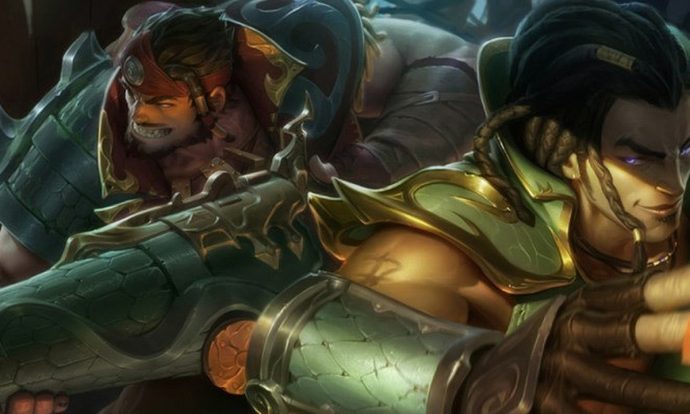 We will, of course, bring you more information as soon as Riot announce details regarding how the Battle Pass will work, how much it'll cost to access it, and eventually the rewards you'll obtain for progressing through Season 1 - so watch this space!