If you're a little new to Teamfight Tactics, TFT for short, then you may be a little confused as to how players are accumulating gold, and what all the different pieces of the user interface actually mean. It's gone through a few changes in a recent patch and there are some very useful tools that you'd probably not be aware of.

TFT how to play guide

Our guide to TFT will go over all the basics, as well as have links to cheat sheets for the best comps and all the item recipes. 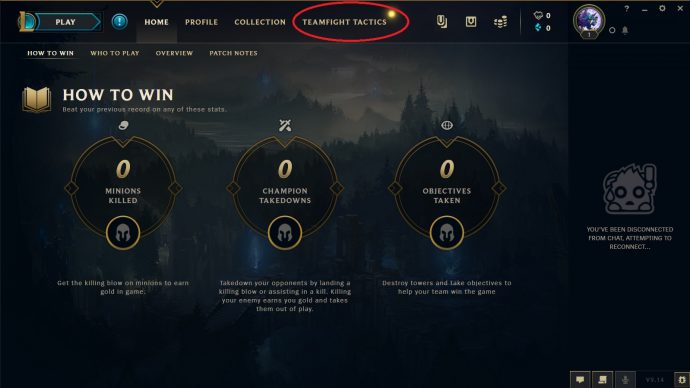 How to play Teamfight Tactics

First thing's first, you'll want to install TFT. To do that, you'll need a PC or Mac that can run League of Legends. You can find out if your device is compatible by looking at their minimum and recommended specs.

Once you've have done so and worked out that your device is compatible, you'll first need to register an account on the League of Legends website. It's free to do and once you've finished registering, you'll then be able to log in and download the client.

If you already have an account but not the latest version of the client, you can find that on their website too. Log into your account in the client once you've installed it and you'll be greeted by a series of tabs.

You'll need to click "Play", select PVP, then Teamfight Tactics before confirming. This may take a couple of tries as everyone needs to accept the match confirmation for the match to start. 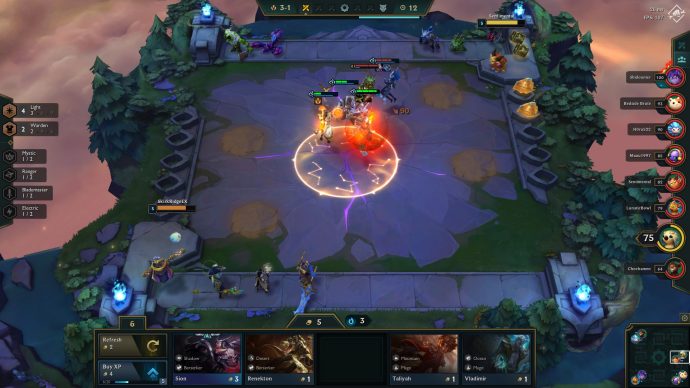 Teamfight Tactics is a strategy game for eight players, where they compete against each other in automated fights. For every surviving champion, the losing player takes damage to their life total, which begins at 100. The aim is to be the last person standing at the end of the game.

To achieve victory, players will accumulate gold to buy their champions. These champions can then be deployed onto the battlefield from the bench, equipped with items that are combined together, and combined with other champions of the same origin or class to get bonuses.

The game is played over the course of many stages, all of which are timed, and vary from stages where you can manage your team, draft in other members, or fight against other players teams or creeps.

The thing that you have to keep in mind is that you can't interact with your team once the fighting starts. You can place your champions wherever you wish beforehand, so there is some tactical thinking involved.

We'll be going over each of the phases, as well as the user interface in the proceeding paragraphs.

The image above is the user interface as of patch 9.14. There have been a few notable changes in the patches since, such as the champions specifically the addition of the win/lose streak indicator and a tab showing damage dealt by your champions for every round.

Below we'll be going over some notes about the more complicated parts of what you see on screen. 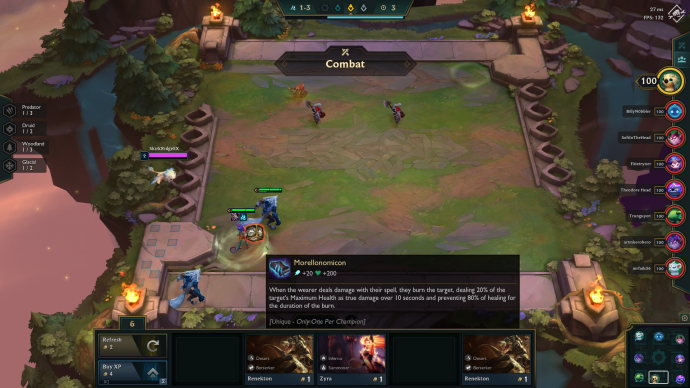 Items have an increased level of complexity in TFT. They're obtained by either defeating creeps in Minion phase, or in every Draft phase equipped to your champion of choice - though you can sell your chosen champion if you just wanted the item.

You can combine two different items by equipping them to the same hero, turning it into a brand new item.

Dragging the item from your stash on the left onto the champion, before releasing your left click to drop it, will allow you to see the item you'll craft by dropping it onto that champion. Once this is done, it's irreversible unless you sell that champion.

As of patch 9.14, you'll need to collect it manually with your Little Legend in the Minion Phase, and you can now click and drag one item on top of another unequipped item to see what combining them will create.

You can't create the combined item this way, but it does give you a better idea of what you already have to hand and the potential items you can create.

Our TFT items cheat sheet guide has a cheat sheet with all the item recipes that you can have open alongside your game, as well as the full list of item stats so you know what each item does. 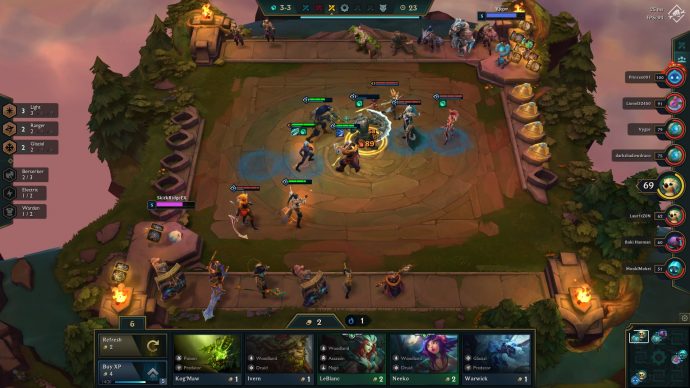 Your team consists of champions that are bought from the shop or drafted in the Draft phase. There are 50 so far in the game organised into five different tiers.

Each champion has a bunch of stats, like health, damage, attack speed, various defences, and more - but there's a lot more to contemplate when purchasing your champions of choice.

Knowing which are the best champions can be difficult on the fly, so we've prepared our rankings for each one in our TFT champions tier list guide. You can also look at our TFT comps guide for specific team comps in the form of a cheat sheet, to get the jump on your opponents.

Gold is needed to win games of TFT - lots of gold. During the shop phase, you'll be able to spend gold earned from battle to purchase champions for your team.

You'll start the first shop phase with two gold, which increases by one gold per turn until reaching five gold at the beginning of the second stage.

This is proceeded by the first attacking phase, indicating that any gold earned from that point onwards is earned based on your performance. You only have 30 seconds per in the shop phase to make your decisions before the next phase of combat begins.

As long as you have a healthy supply of gold, you have plenty of options for spending income on new champions and increasing your Player Level.

For more detailed stats of how exactly gold is accumulated in Teamfight Tactics, head to our TFT gold guide which also has suggestions for different tactics for playing the economy game.