Now here's some properly "breaking" news. Dennis Gustafsson's delightfully destructive smash 'n' grab Teardown finally has a release date, and will be breaking its way onto Steam's shelves by the end of the month. After all, what better way to roll into the end of 2020 than smashing it all into tiny, satisfying voxel chunks?

In case you missed it, Teardown is a game that saw Red Faction: Guerrilla's architectural destruction and leant all the way in. Gustafsson's been posting clips of it on his Twitter for well over a year - and now, he reckons it's just about time to let us take a sledgehammer to his creation.

Billing itself as a heist game, Teardown structures its destruction by acting as a sort of demolition speedrun. Each map has a number of doodads to collect - but pick up one, and an alarm will go off, summoning police helicopters that'll do their best to gun you down where you stand. The trick, then, is to smash out an optimised route between your targets, and then executing your run through the makeshift obstacle course. 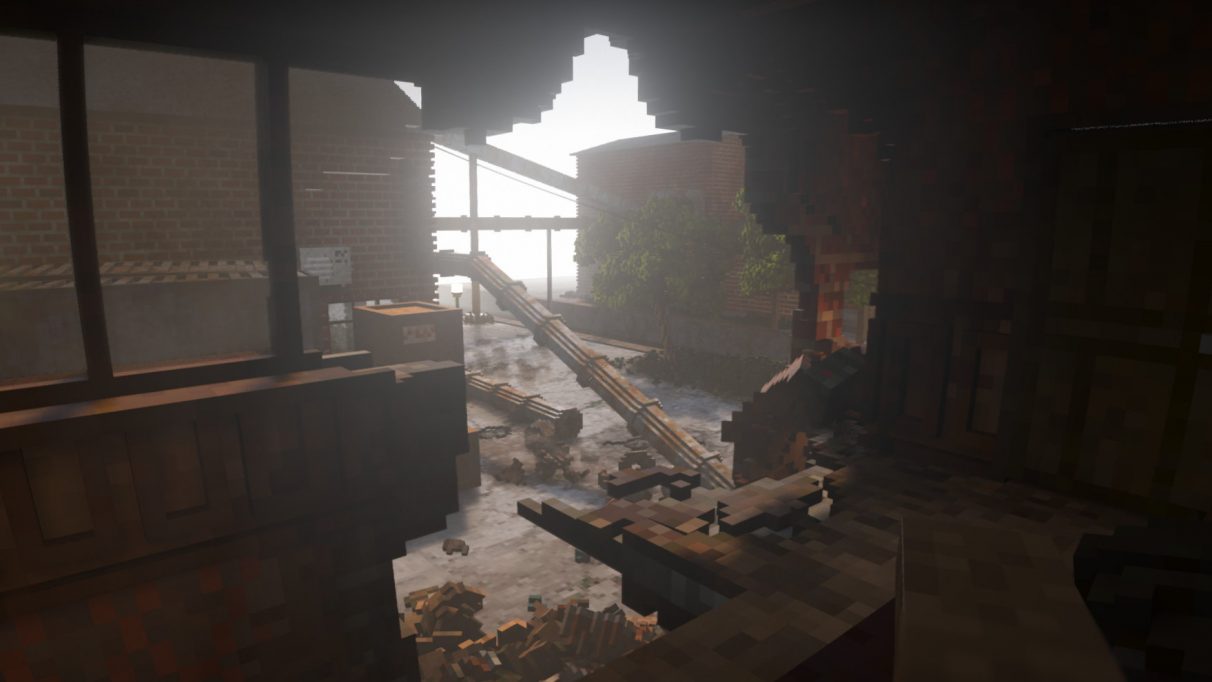 It is, of course, all just a front for some absolutely phenomenal destruction systems. Buildings crumble and shatter with every swing of a hammer, metal pipes bending under pressure and wood combusting believably when lit. The rest of the package is a technical marvel too, with volumetric smoke billowing through interiors while ray-traced lighting and reflections paint the whole scene in a believable light.

YouTuber 2KliksPhilip has been poking at a pre-release build, which gives a good look at what's likely to be included in the early access release (along with the simply joy of watching more of Teardown's buildings topple). Gustaffson expects the game to be in early access for about a year, and hopes to add a campaign and community challenges by the time development wraps up.

For me, though, the destruction itself is probably enough to make this a solid game-of-the-year contender. Teardown will release on Steam on October 29th.