I am not hip enough for A Maze, the international games festival held in Berlin. Like every game developer convention, its schedule is dotted with workshops, talks and games to play. But during the festival I also helped make a zine, learned how to not read tarot cards, got my nails painted, and helped deal with the byproducts of paper-shredding game The Book Ritual. There was a lot of paper. We made art with it.

The weirdest thing about A Maze is that it carries on well into the night, with live music and performances. Some people even dare to dance. I am a quiet soul. I do not dance. I prefer the British school of thought, which dictates that around 5pm, we abandon every pretense of vitality and go get smashed in a pub. And yet, I somehow survived this extremely tiring experience. And I played games. All the games. Here are the ones I liked best.

Vectronom is a hypnotic rhythm game about traversing a colorful world that changes with every beat. To safely reach the end of each level, you have to time your movements with the music, avoiding spikes and disappearing platforms. It’s fast-paced, hard as nails, utterly chaotic, and can even be played with a dance pad for additional hilarity. I liked Vectronom a lot because it’s the sort of game you can play in two completely different modes: with half-drunken friends, like I did, laughing together while learning new Spanish swear words. Or alone in a dark room, absorbed in a state of zen-like concentration, becoming one with the music pulsing through your headphones. 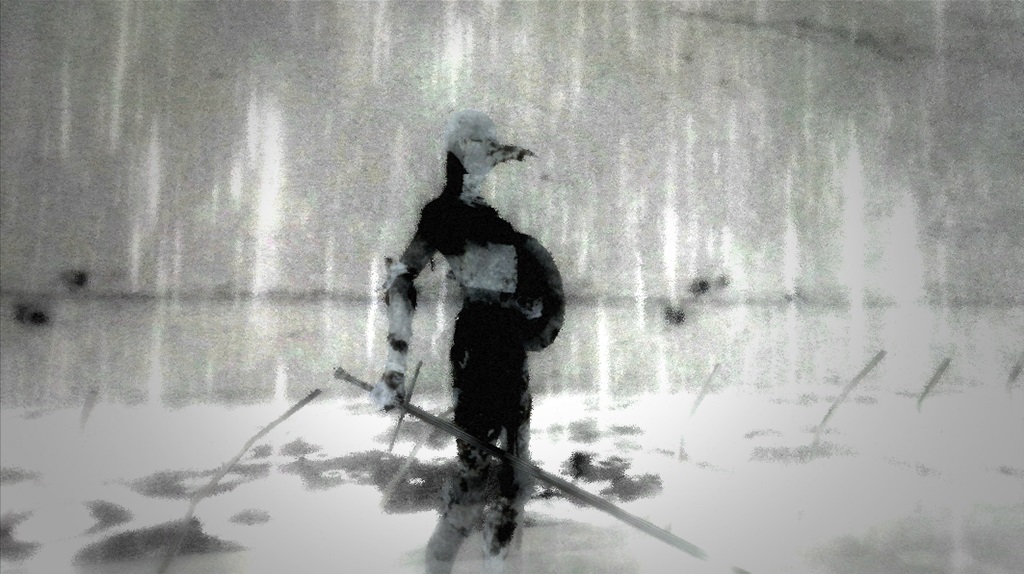 I didn’t play 0_abyssalsomewhere, because I had already played, and adored it, at home. And you can do it as well. For free, on itch.ioYume Nikki and Fugue in Void, an eerie game set in a liminal space between walking sims and adventure games. There are nooks and crannies to explore, through the game is mostly linear. There are enemies to fight, but your actions are slow and clunky and defeat isn’t an option anyway, because you’re already dead. And there is a world that will make you ask many questions but will give you no answers. I didn’t play 0_abyssalsomewhere, because it’s not a game you can play at a loud convention. It deserves darkness, silence, and a pale moonlight.

Tired of Stardew Valley? If you have ever thought, “Gosh, I sure would like to grow more exotic vegetables, like human arms”, Hanahana Full Bloom has got you covered. Explore a deserted landscape in VR, wriggle your controllers and make body parts bloom in the desert. Dot the dunes with dozens of tiny arms raising from the sand, like an army of zombies ready to rise. Grow arms as big as skyscrapers. Make arms grow from other arms. While playing I thought “whelp, there’s surely some deep message about lending each other a hand I am missing here”, but according to the official site, this artistic project has been inspired by a One Piece character. I am glad art can be this silly sometimes.

Best Game I Am Not Supposed To Talk About: Bird Alone 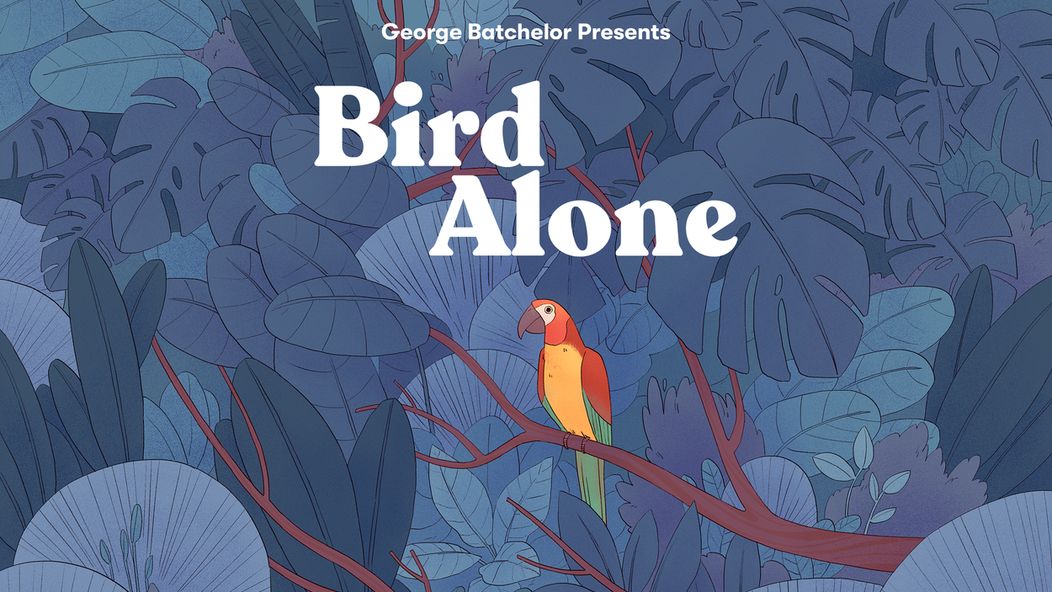 This is technically a mobile game, but the beta build was being shown on a laptop so I will tell you about it anyway. Try to stop me, editor. [I'll let you off this time, Zavarise - Ed.] Bird Alone is Twitter, but without everything that makes Twitter annoying, like people. Instead of having to socialize with other human beings, you befriend a lone bird. You make music together, share jokes, draw pictures, and have whimsical, but deep conversations. The final version will work in real time, occasionally bothering you with new notifications. The only thing it’s missing from the real Twitter is the ability to appreciate my cat pictures. 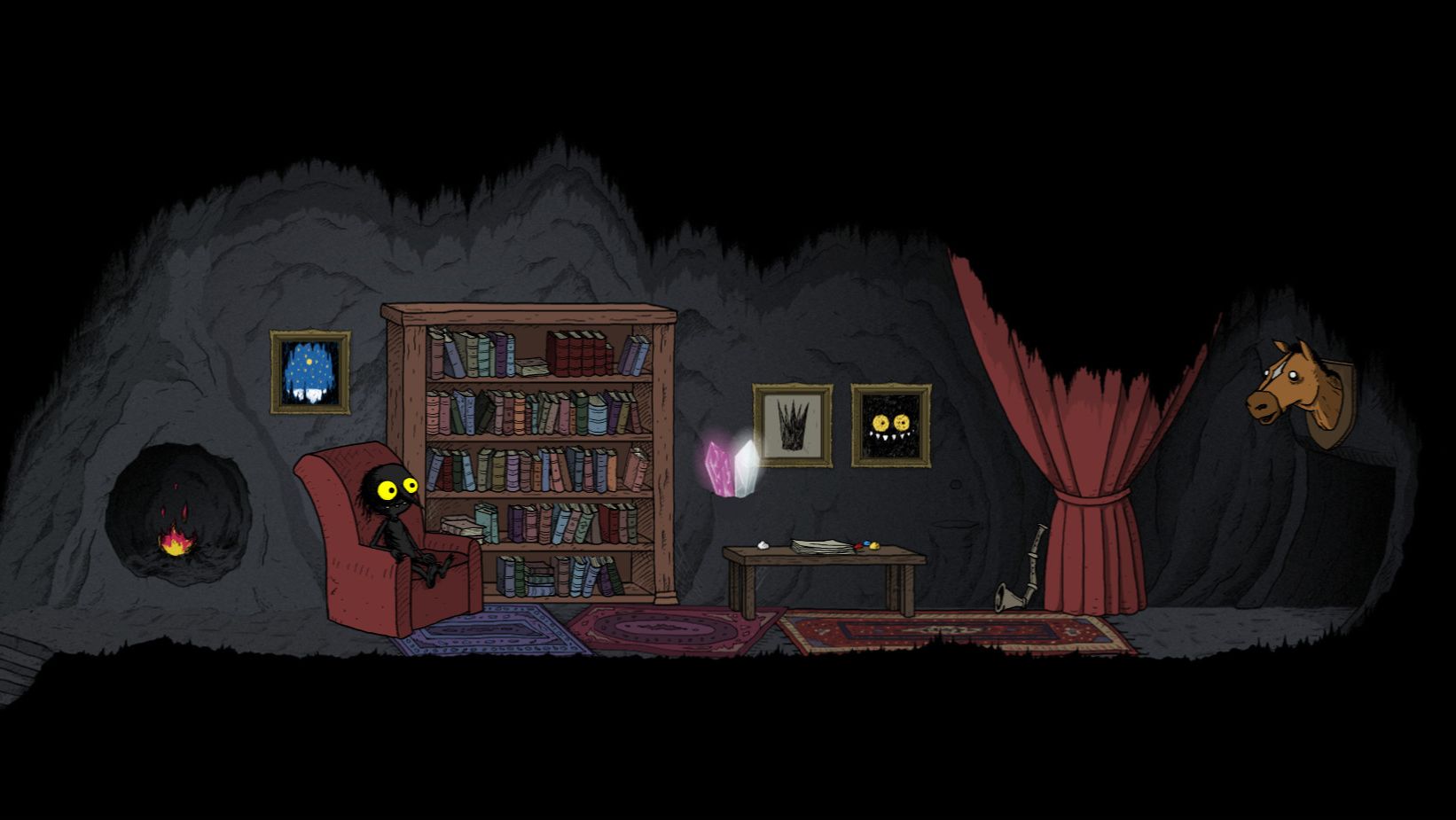 The sleeping king will wake up in 400 days. You, the last of his dark servants, are waiting for his return. You don’t have much to do in the meantime. You can explore the caves. Look for items to decorate your home. Read books. Wait. It’s all very slow.

The 400 days are played in real time.

I love this idea. I also know I would hate to play this game. The Longing is the kind of idle game you can’t really leave alone, but where nothing truly interesting happens. It just remains there, nagging at the borders of your consciousness. I remain content in admiring its Steam Page from a distance, conscious that Twitch will absolutely adore it. I hope it will. Perhaps, with so many people looking for him, the small dark servant will feel a bit less alone.

Best Game That Is Not A Game: Glyphsprache 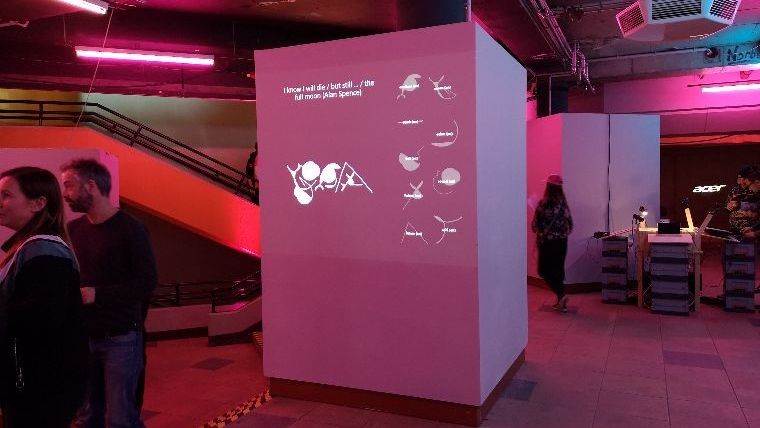 A collaborative art tool about making poetry. On one computer, you can draw a glyph with your mouse and assign it a meaning. On the other, you can use glyphs drawn by users to compose a visual poem (or just use it like stamps to draw silly scenes). It’s an art thingy commissioned by Now Play This, another hip game festival in London, which means glyphs made by British players got exported over the English Channel to be used by digital poets in Berlin. Cross-cultural smuggling of picto-shaped ideas! Take that, Brexit.

Best Game That Made Me Long For Tea: Peaceful Garden VR 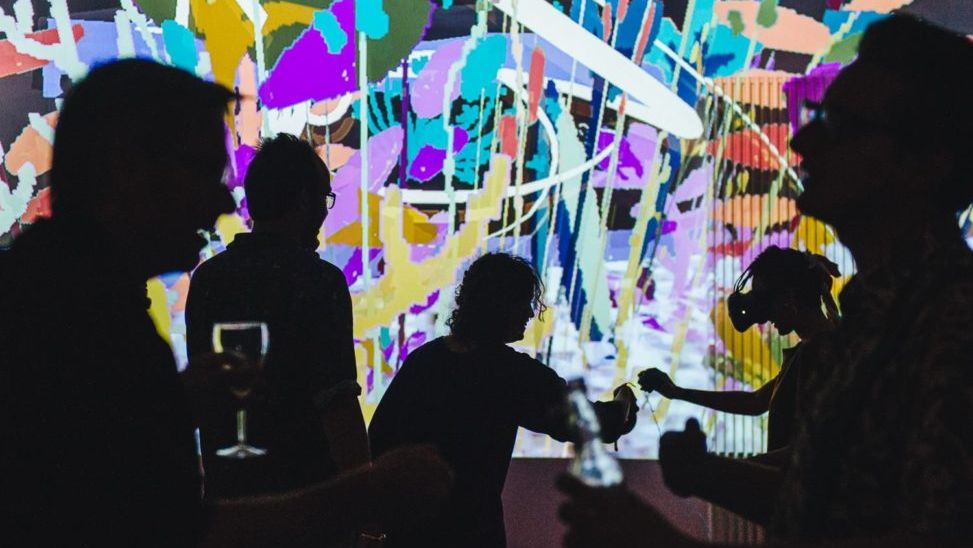 A beautiful virtual experience about meandering in a garden, watching flowers grow and drawing constellation of glowing lines in the air. The creators describe it as “a peaceful virtual & physical space in which players can grow a garden, leave their marks and invent their own ways to play”. While the game may look simple, it’s the atmosphere that really won me over: it was exhibited in an enclosed space, the thick carpet dotted with pompoms. Even the VR controllers were wrapped in fuzzy yarn. The only thing missing was tea and some bean bags. 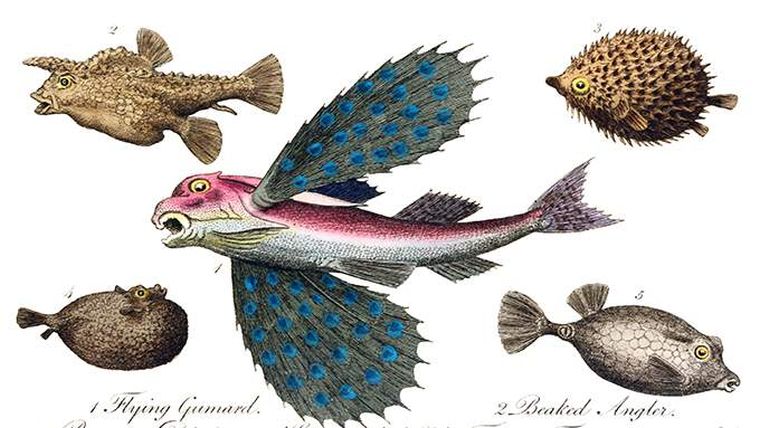 Three minigames, two players, a single VR visor and... zero screenshots, because the game doesn’t have a site. Booo. Nommos is a game about communication and wise fish deities from space. The VR visor is a window through a higher plane of existence, where the friendly aliens come from. But wearing a visor also means becoming blind, in a sense. The second player must bridge the gap between the virtual and the physical world, reading a series of instructions to help the other complete a series of simple tasks (beat drums in a certain order, burn some effigies, etc) in order to communicate with the Nommos. It’s a short experience, and yet brilliant in its simplicity. My only regret: I should have played it with a person who didn’t speak the same language as me. It would have been frustrating, probably, and yet so fitting.

Best Game For Those Who Are Not Hip Enough For A Maze: Small Talk

A delicate experience about hanging at a party minutes before the world’s end. Mingle with strangers, explore their mental landscapes and try to have a good time as the ending inevitably approaches. This is the whimper in place of the bang: a place that will simply fade away. The people here are sad and lonely and lost, and yet the world feels weirdly white and calming, as if half-covered in snow. It’s a game that reminded me a bit of Speed Dating for Ghosts, in a good way. It will be out soon, according to the itch.io page, and I can’t wait to return to this party.

And despite not being hip enough, I look forward to returning to A Maze next year as well. Even quiet souls need a good shaking once in a while.