The Western Skyrim expansion to The Elder Scrolls Online is landing later this month, taking players to the darker side of long-ago Nords. Many parts of the new map are striking familiar, but next to Solitude's Blue Palace is a brand new Antiquarian Guild where you'll learn the art of scrying for ancient valuables and digging them up. Zenimax have outlined the process in a new post, showing off a final look at the two new activities.

After joining the Antiquarian Guild in the new expansion, you'll automatically be gifted a stack of "leads," Zenimax say. To follow up a lead on some rare item, you'll whip out your shiny Antiquarian's Eye tool to magically scry for the location of the shiny thing you want to dig up.

Scrying is a symbol-matching minigame where you capture tiles on the board by clicking groups of symbols. There's a bit of strategy involved in capturing all the "foci"—the round shiny bits—within your allotted turns by using special skills that convert symbols and such. I tried my hand at scrying during an earlier preview build this year and at the time the symbols were a bit of a headache to distinguish from one another. It looks like they've shored up the design a bit, making it much easier to spot groups of matching tiles. 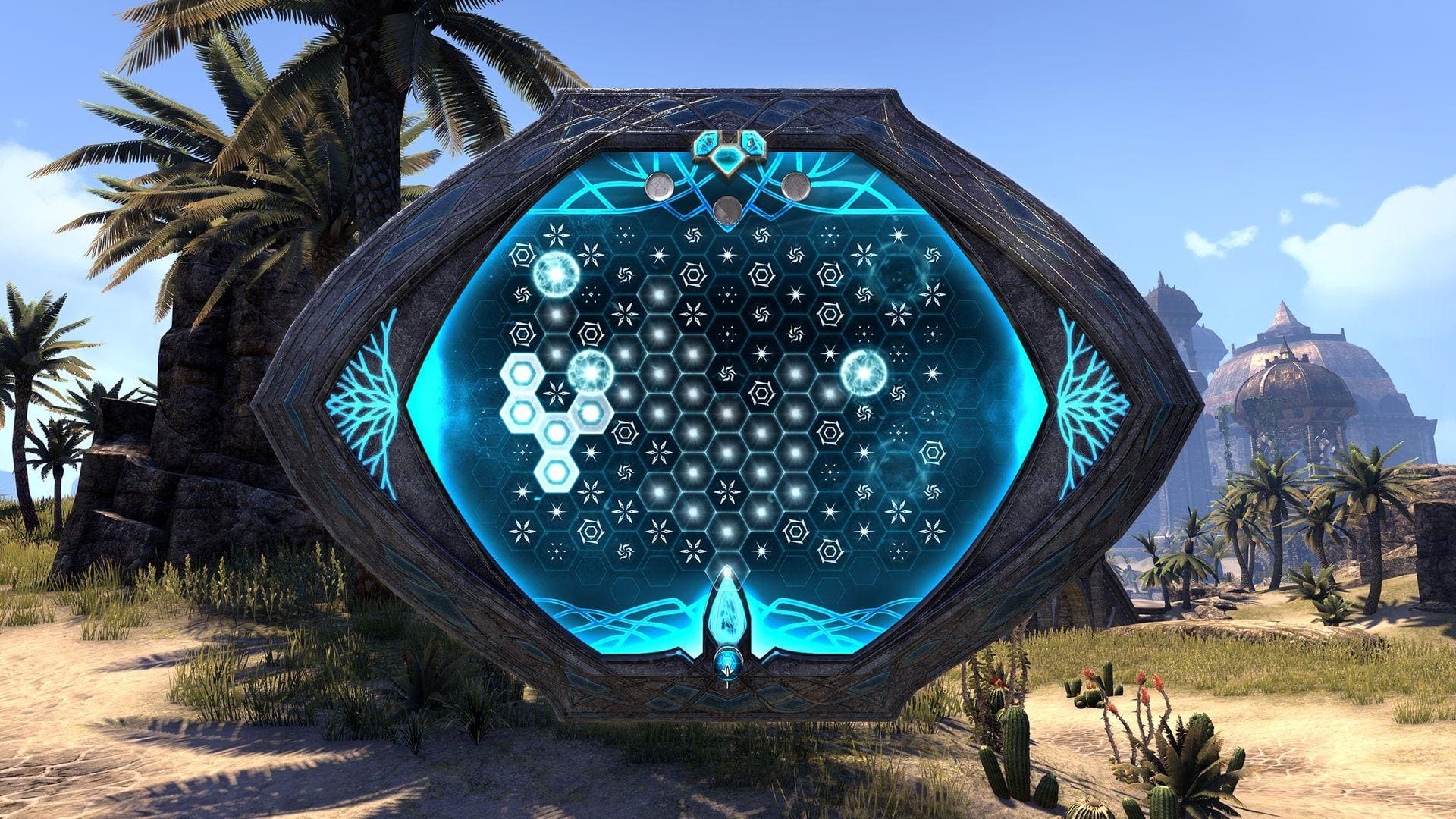 After scrying for an antiquity's location somewhere in the world, you'll skip off to dig it up. The excavation game isn't quite as strategic as scrying—more Battleship-like with a bit of luck—but Zenimax seem to like pushing the "Indiana Jones of Tamriel" line so get yet trowels and brushes out. Just like scrying, excavating will have its own set of skills that you'll throw points in to improve the effectiveness of your tools.

As for what we've digging up, Zenimax have already talked a bit about the types of treasures Antiquarians will find but included that list in their post as well. There are new Mythic Item equipment pieces, a mount, PvP siege weapons, and house decorations for folks like me. My Khajiit's house full of ill-gotten goods will continue to grow.

You can get the rest of the details on the new Antiquarian Guild in Zenimax's post.

The Elder Scrolls Online - Greymoor expansion will launch on May 26th. Current players can upgrade to Greymoor for £33/€40/$40, while new players can buy it for £50/€60/$60, either of which include the base game and ESO’s previous expansion chapters from Morrowind, Summerset, and Elsweyr. It’s on Steam and the Bethesda store.