Recently discovered, along with a silver-plated Luger, Shergar's noseband, and a 1940 copy of Razzle, in a hidden wall safe during a house demolition in Eastbourne, Neville Novichok's Wings Over the Reich memoirs were described as “vivid”, “utterly compelling” and “very cheap” by the bloke I purchased them from in the Dog and DUKW yesterday night. Though the few pages I've read thus far don't really justify such enthusiastic adjectives, they should make a passable Flare Path. 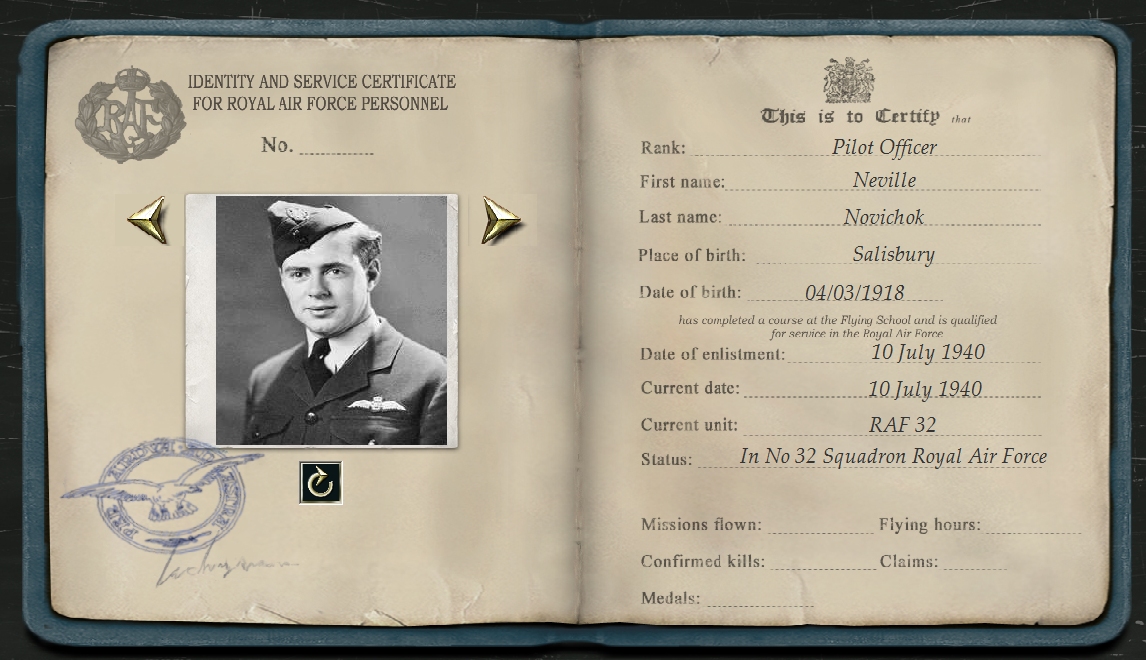 The RAF's pilot shortage is worse - much worse - than I imagined! A few hours after signing on the dotted line in a recruiting office in Clapham, I was watching Biggin Hill - or 'The Bump' as it's known hereabouts - shrink in the rear-view mirror of a battle-climbing Hawker Hurricane Mk I. No basic training in Tiger Moths. No advanced training in Maggies. Not even a hurried handshake and a “Stick to me like glue”. Talk about being thrown in at the deep end!

Some macabre joker at Bentley Priory had decided Dunkirk was to be today's patrol destination (32 Squadron is still licking its wounds after ops last month over the other Dunkirk). Though the Luftwaffe was about we didn't see hide nor Herr of them. All five of 'B' Flight's Hurris pancaked with their linen gunport covers intact. 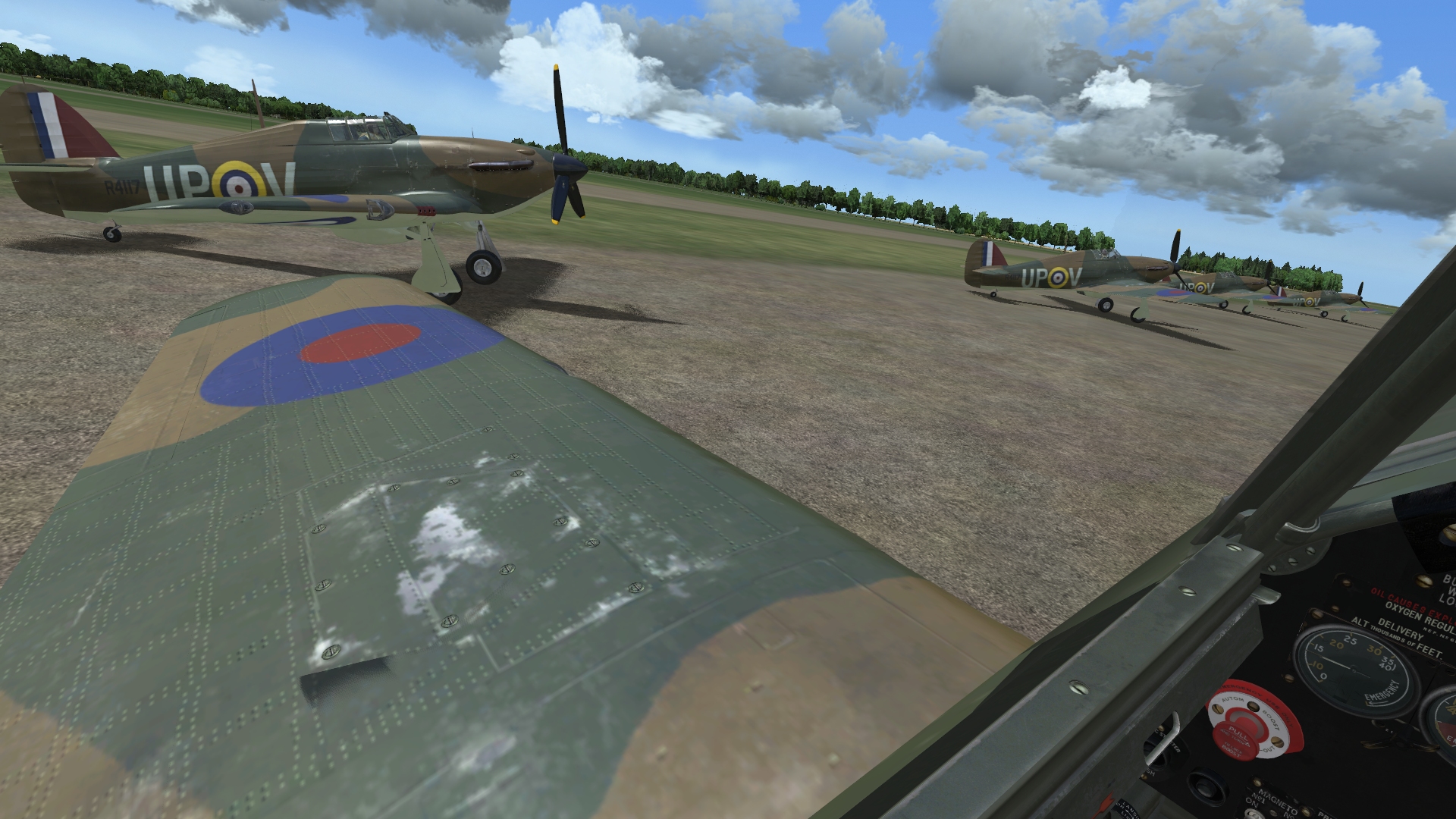 Before this morning's patrol I persuaded a member of ground crew to partially repaint my steed's serial number and squadron/aircraft code (Due to an administrative cock-up* most of the RAF's Hurricanes currently sport identical fuselage letters and numbers!). The erk in question wouldn't do 'GZ' (32's code) for some reason, but the big 'US' now on the flanks of my machine sort of fits with the squadron's motto - Adeste Comites ('Rally round, comrades') - and means there's no danger of me climbing into someone else's crate during the excitement of a scramble.

US-C and four siblings (UP-V, UP-V, UP-V and UP-V) spent a portion of the morning watching over a lone cargo vessel off the Essex coast. Once again the spoilsports in the Stukas and Me 109s failed to show up and we returned home with nothing to show for our burnt BAM 100 fuel except sore necks and numb backsides. 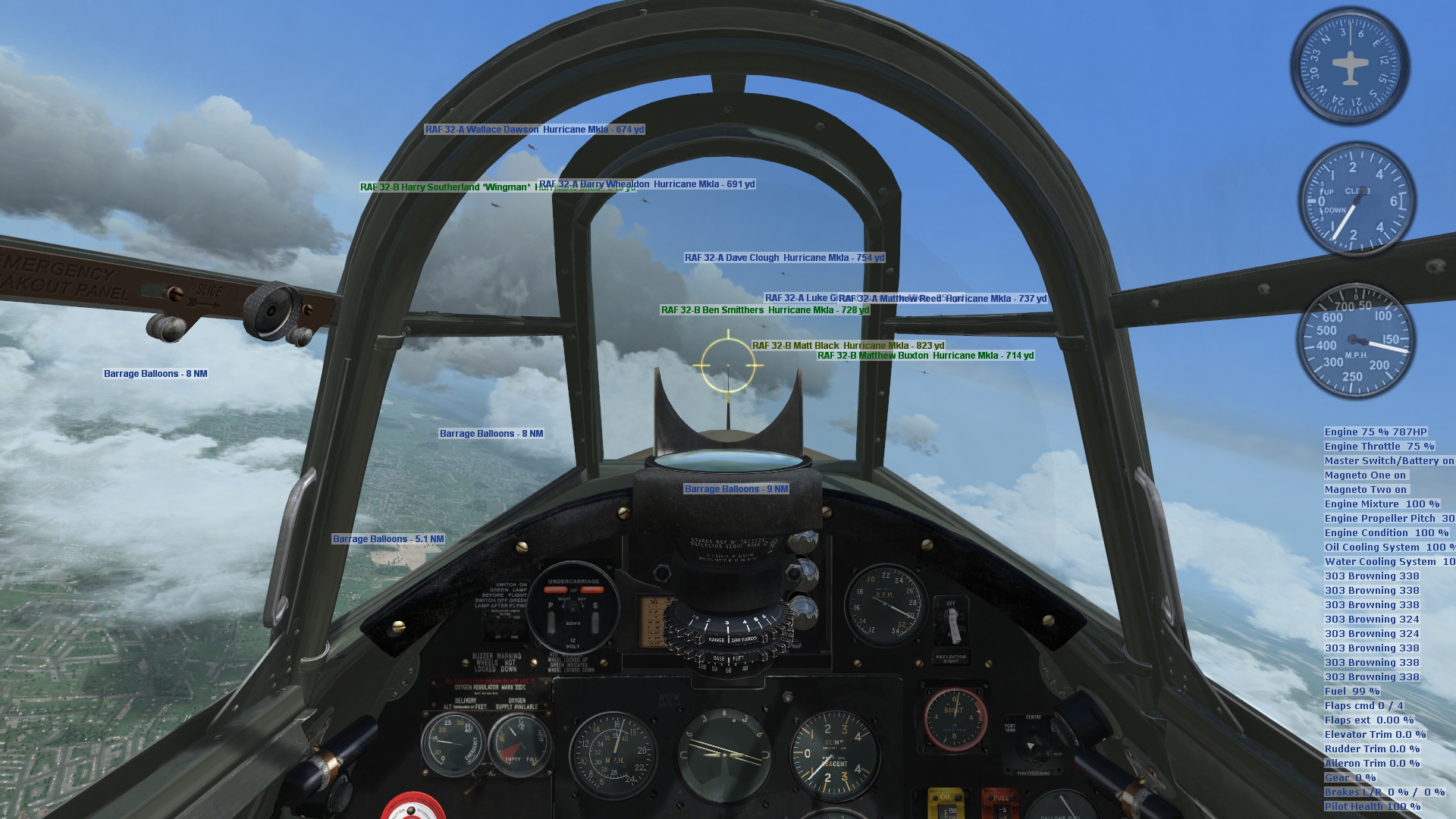 Goering's mob seem to have forgotten there's a war on too. Another fruitless ramble ends with a landing at Biggin so gentle butterflies basking on dandelions beside the runway flutter their papery wings in admiration as I taxi past.

A change in weather and patrol area (Brighton) but no change in 32's fortunes. For the fourth day in a row we see no bogeys and sprinkle no brass whilest abroad. These uneventful patrols might be historical, but, gosh, I'm itching to open my account.

The day dawns grey and windless. At nine on the dot Biggin's scrimmed window panes are rattled by twelve champing Merlins. 'A' and 'B' Flight are off to babysit the Chain Home masts at Dunkirk again.

As usual we fly in silence, Control unwilling to share details of the raids that surely must have crossed the coast by now. Frustrated by the radio silence and the hemming clouds I dab 'L' (labels). If there are bandits out there it would be maddening to miss them in the murk.

We're approaching the patrol area when, with the help of the those labels, I spy cruciform shapes moving a few thousand feet  below. Friendlies heading home after an early-morning shift? No! Yellow-nosed Me 109s apparently unaware of our presence. 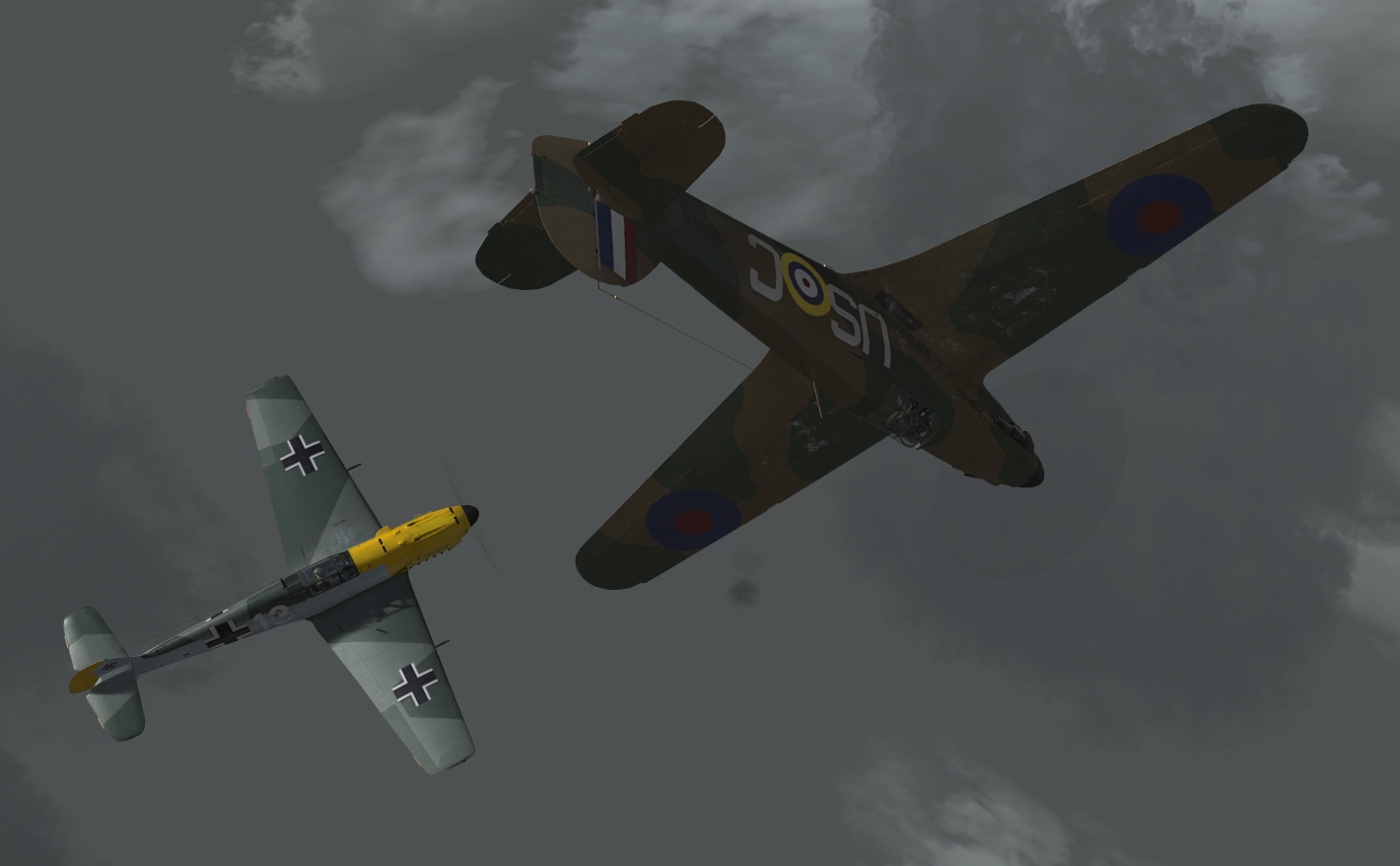 I make an awful hash of my first attack, badly misjudging my quarry's speed and trajectory. US-C's spars complain and my heart struggles to supply my head as I turn hard, desperate to recover my advantage. If the startled Emil makes it into one of the clouds that wall this private aerial amphitheatre I may well lose him. Mustn't let that happen. 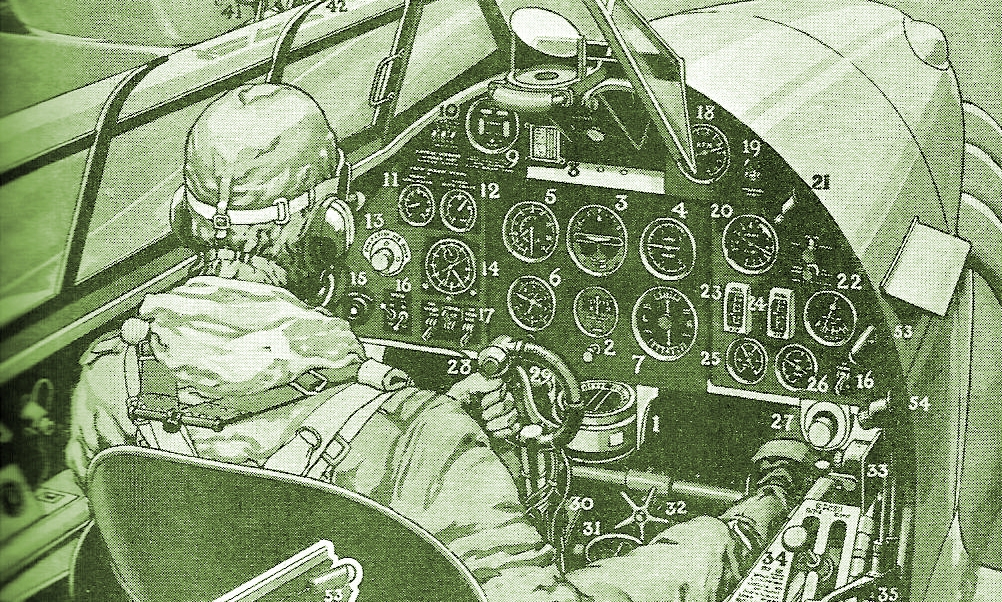 After surviving some vigorous lateral manoeuvres, the fragile filament of Fate that tethers hunter to hunted steadily shortens. I wait for the angular intruder to fill my sight before feeling for the button set at ten o'clock on my spade grip. Puffs of grey impact smoke tells me my aim is true. A second, longer burst should cook his goose.

But there's no second burst, no goose roast. The swarm of tracer that fizzes over my starboard wing as I'm lining up my killshot sees to that. For a horrible moment I fear I've been comprehensively bushwhacked during my first proper action. Alarm turns to annoyance when the silhouette of an overtaking Hurricane slides into view overhead. Damn you, Mr. Lance 'Berkshire Hunt' Berkeley. That was my bandit! 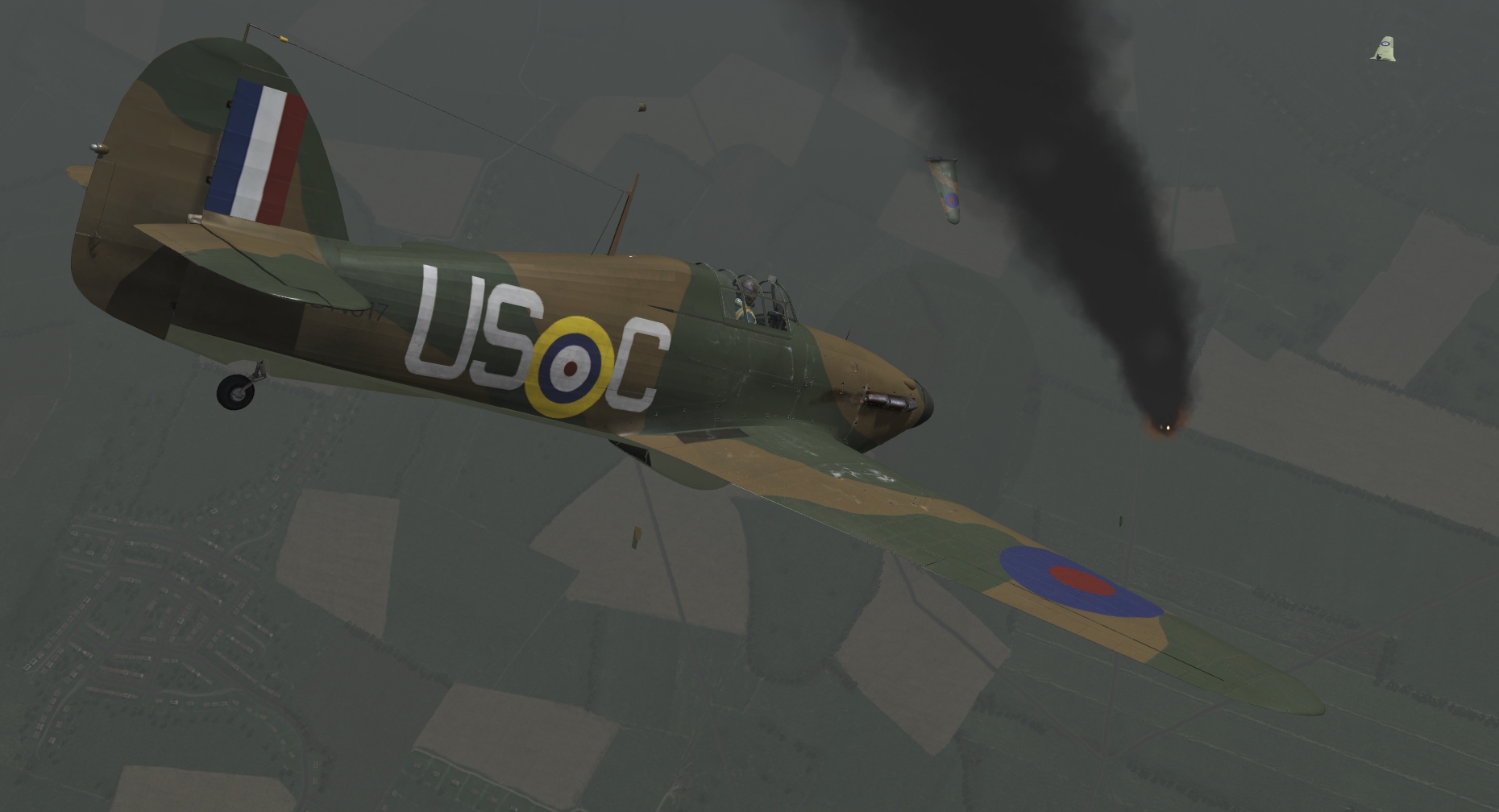 Lance proves to be as clumsy as he is impolite. As I look on frustrated and fuming, the prat ploughs into his prey like a peregrine snatching a pigeon. From the twin fireballs, the shower of fluttering wreckage, and the lack of parachutes it's clear he's poached his last Messerschmitt and I'll need to look elsewhere for my first kill. 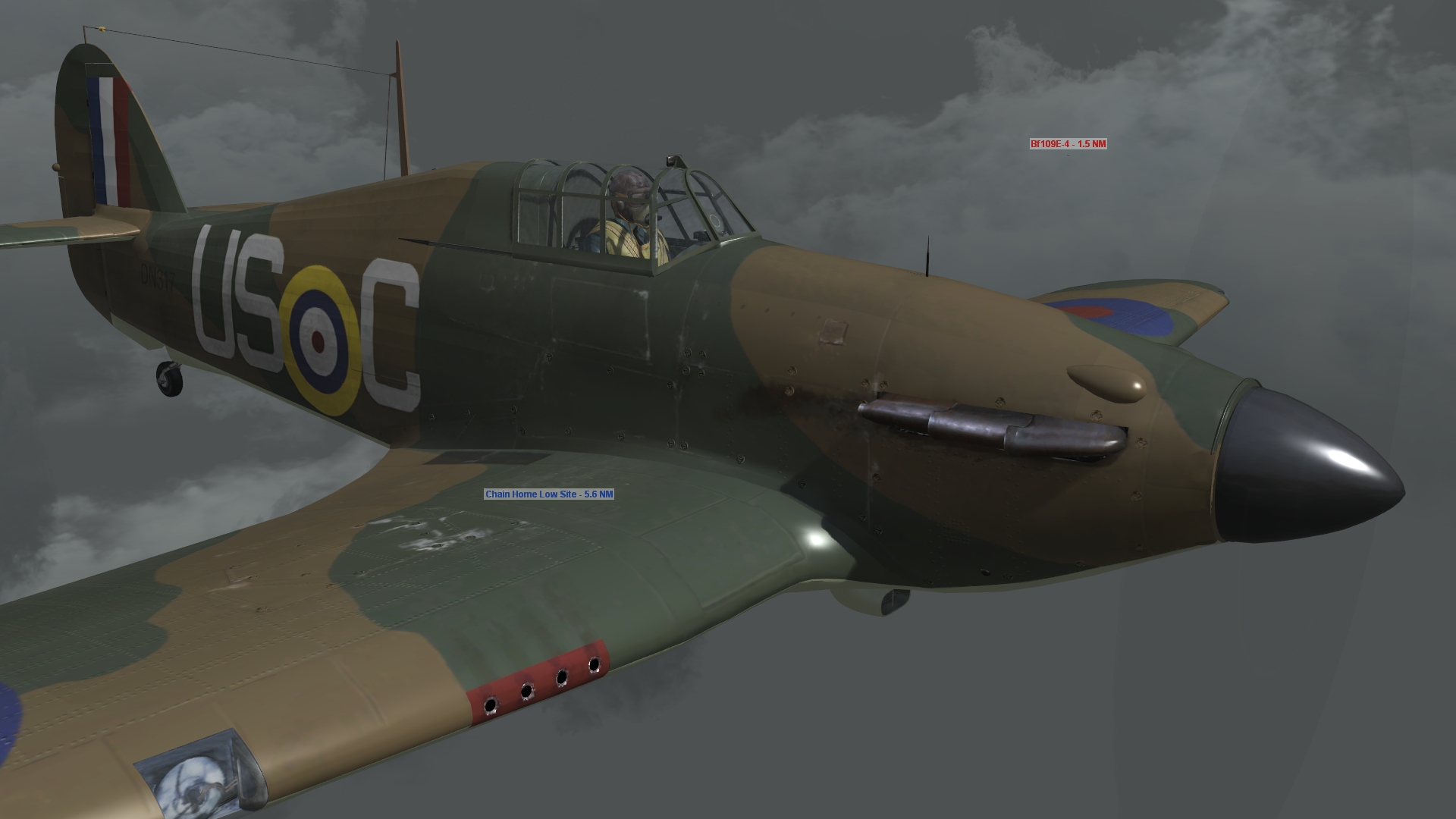 Come out, come out, wherever you are! Having lost touch with my flight, I roam gloomy canyons of cloud, my neck on a swivel. I'm at the point of giving up and pancaking at the nearest airfield* when something catches my eye. Trade at eight o'clock. Another 109 and, unless I'm very much mistaken, a friendless loner like myself.

*WOTR's campaign engine is pleasantly relaxed where landings are concerned. 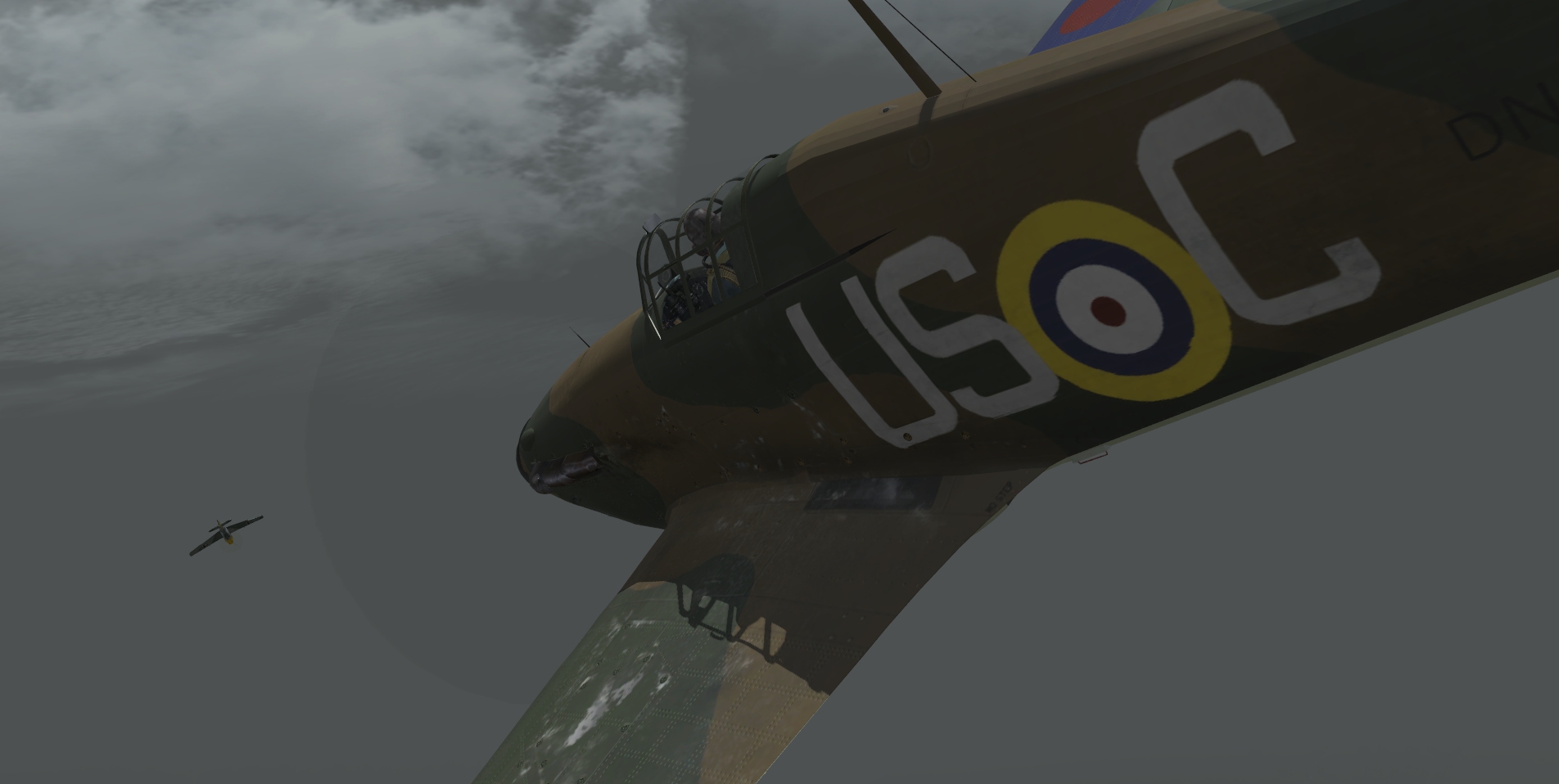 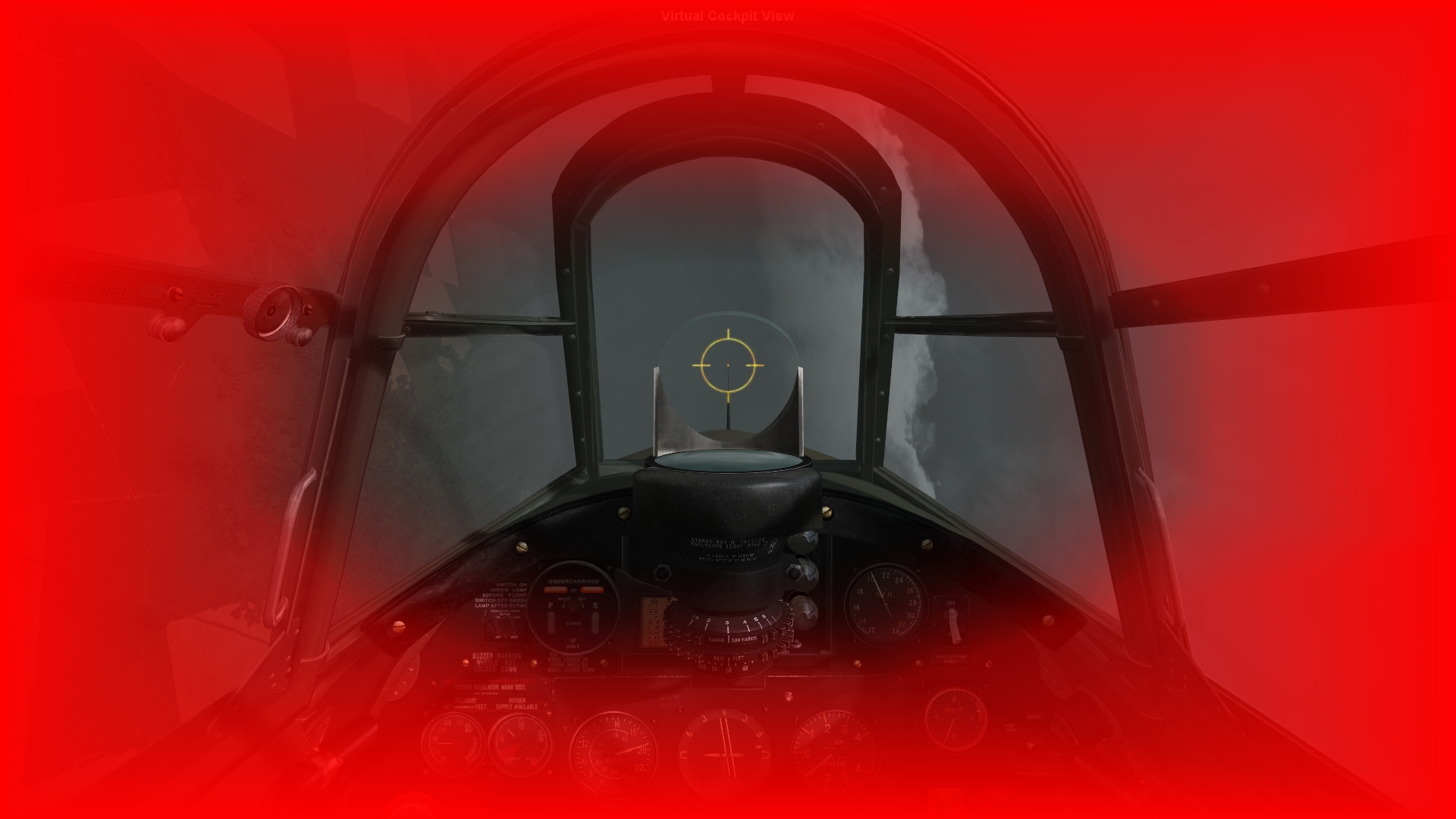 He clocks me at about the same time as I clock him. We manoeuvre, jockeying for position, the Hawker's slight turn edge ultimately trumping the Emil's slender speed advantage. Having reeled in my foe with help from engine-punishing War Emergency Power, I hang on doggedly as he attempts to Split S his way out of trouble. 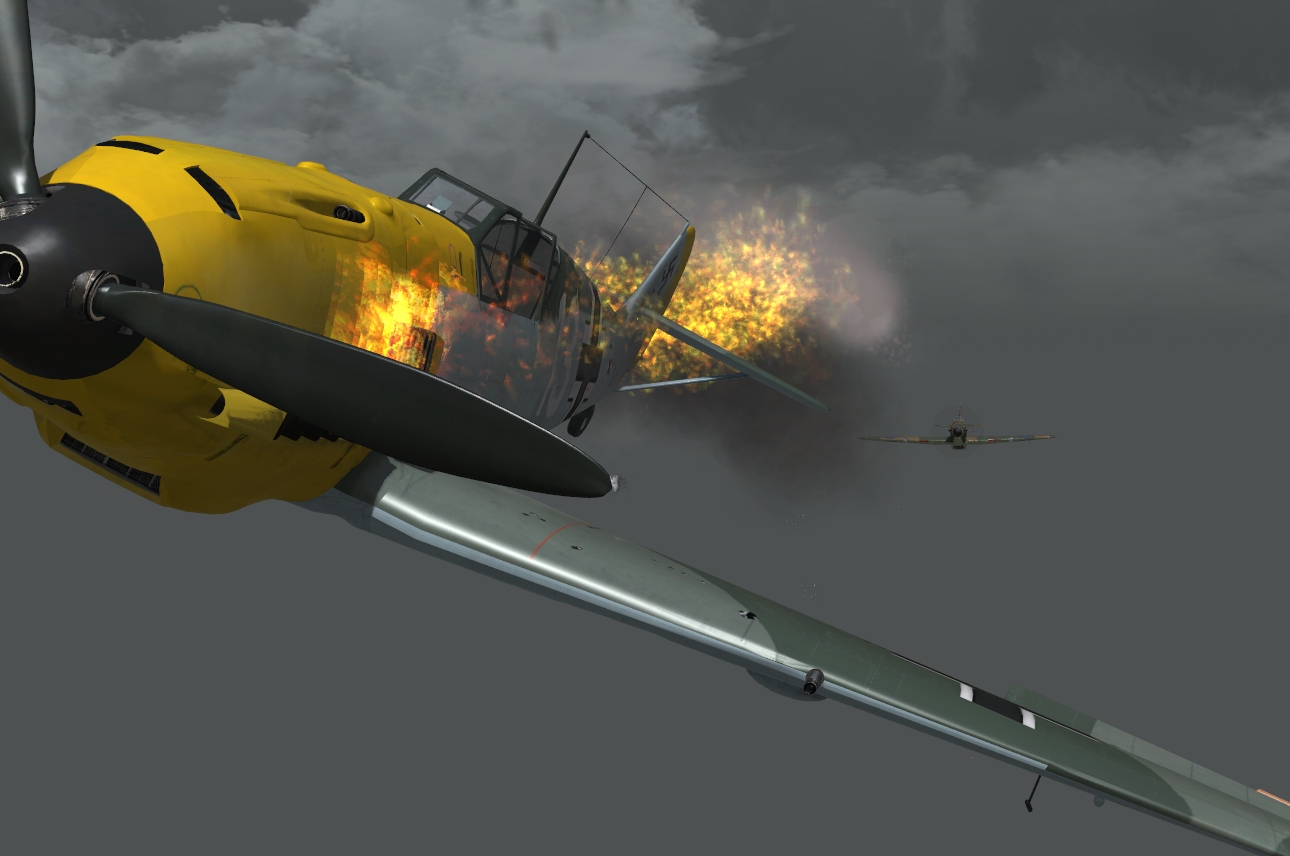 Finally, he's where I want him. Eight Brownings blurt in unison and the enemy machine visibly spasms as the flurry of rifle calibre rounds hits home. Is he done for? The way he's rocking from side to side like a wind-jostled leaf suggests so, but I'd better make sure.

The Neville Novichok that lands with feather-like delicacy on RAF Swingfield's close-cropped greensward a short time later is weary but elated. The news that 'B' Flight lost a third of its pilots during the patrol takes some of the wind out of my sails, but by no means all.

(In next week's diary excerpt Neville goes down to Margate, encounters a ghost, and crosses swords with a schnellbomber formation for the first time.) 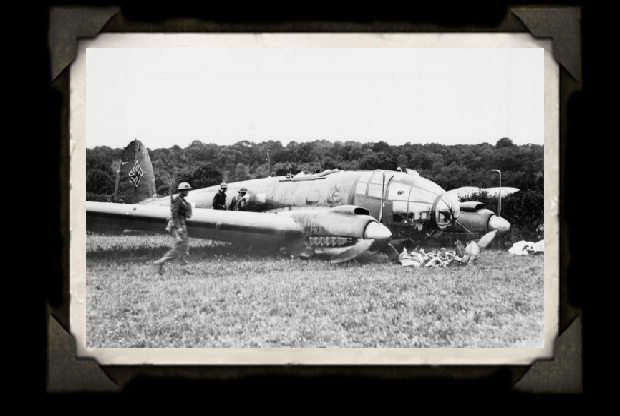 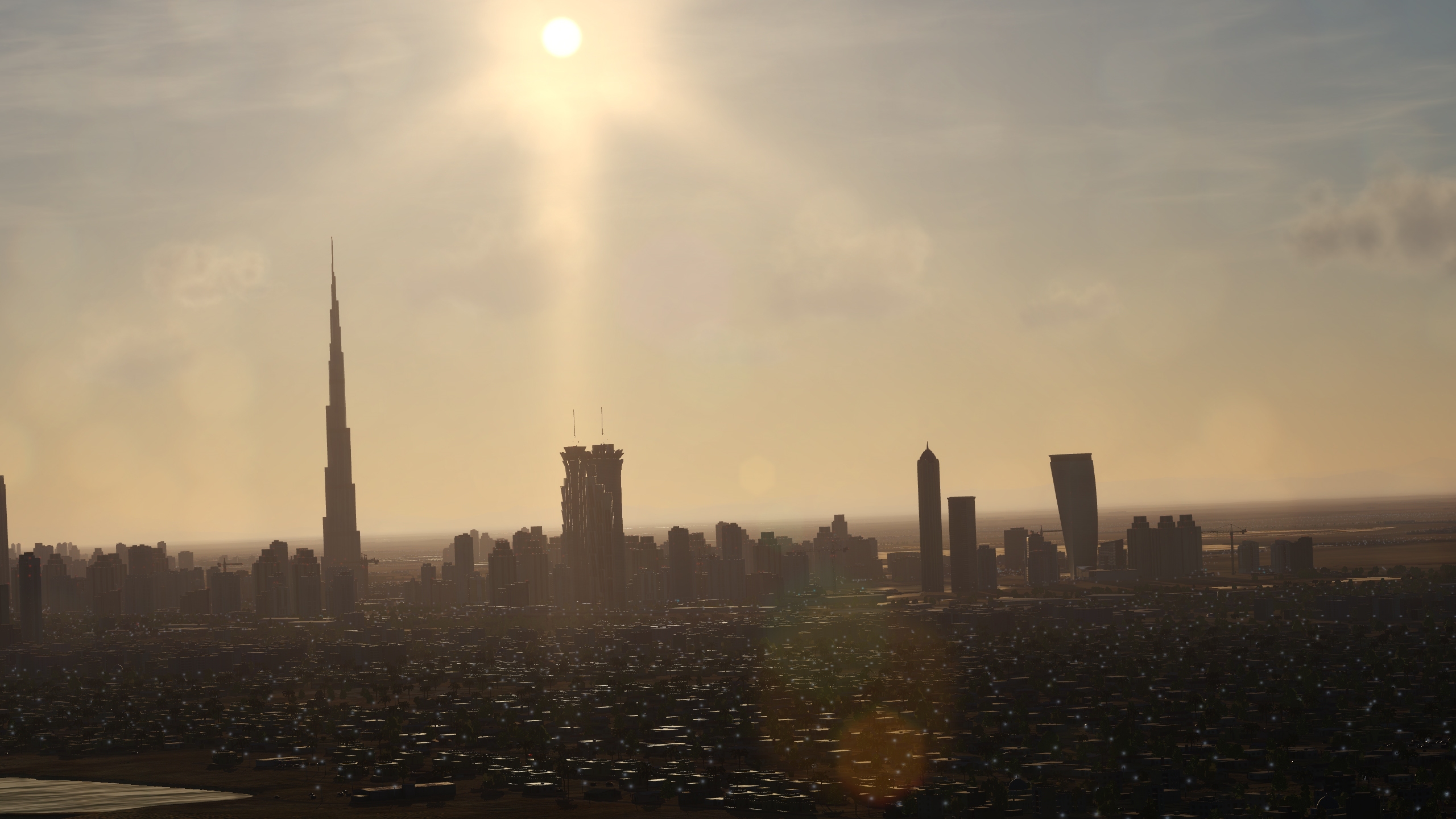 DCS World's Persian Gulf terrain costs roughly 0.2 new pence per square kilometre on Steam. The catch is you have to buy all 201,000 sq kms in one go. Anyone tempted by trailers like this one...

...yet cowed by the £40 price tag has the chance to banish purchase indecision this weekend courtesy of a three day free access period that also encompasses the £60 F/A-18C Hornet and £11 Su-33 Flanker. 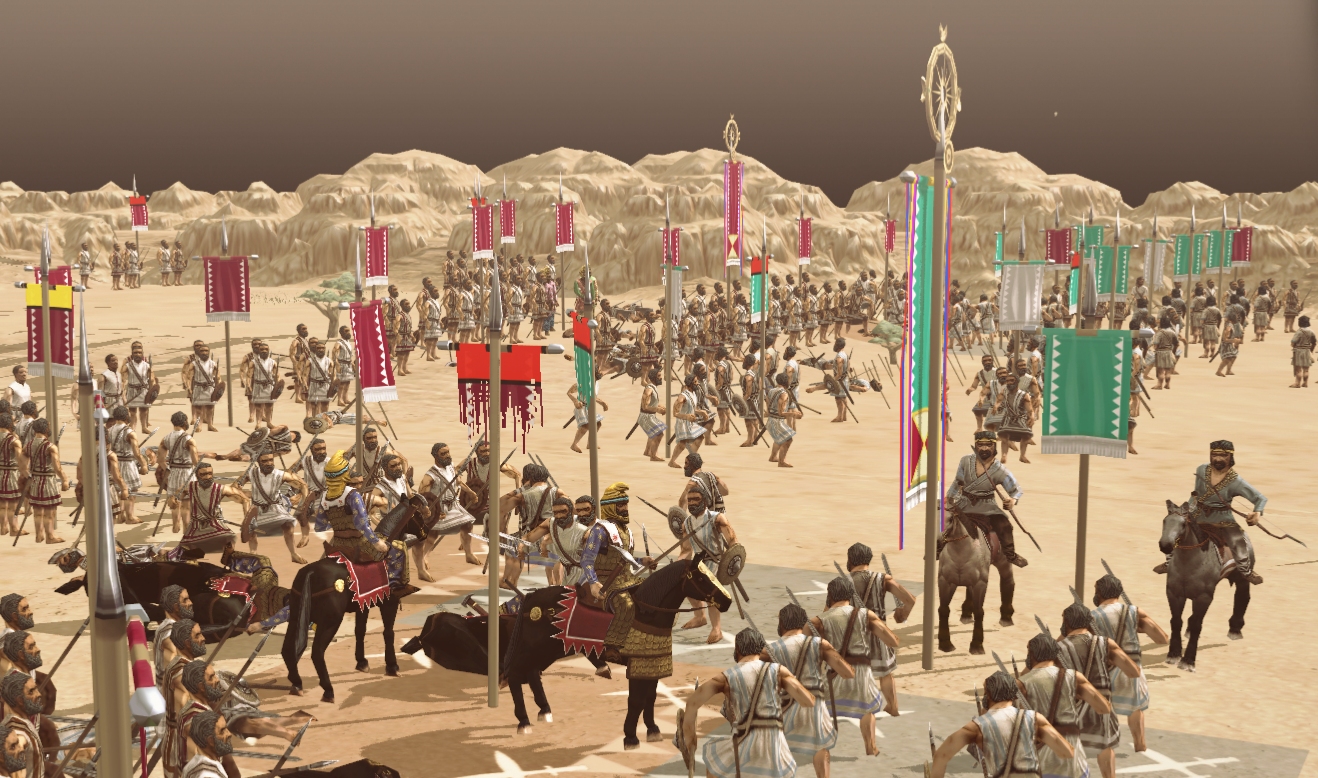 I can't remember the last time I saw a wargame developer respond to criticism of a core game mechanic as patiently and constructively as Richard Bodley Scott does in this Field of Glory II forum thread. Drawn into a debate about 'push-back' one of the play mechanisms that ensures FoG2 scraps are so lively and mercurial, RBS explains, with the aid of historical examples, the thinking behind the current system, discusses in detail suggested rule changes, then agrees without a hint of grumpiness or reluctance to beta test a reworked system. If ever I cross the foaming Rubicon that separates game critics from game crafters I hope I'm able to deal with customer complaints with similar open-mindedness and good grace. 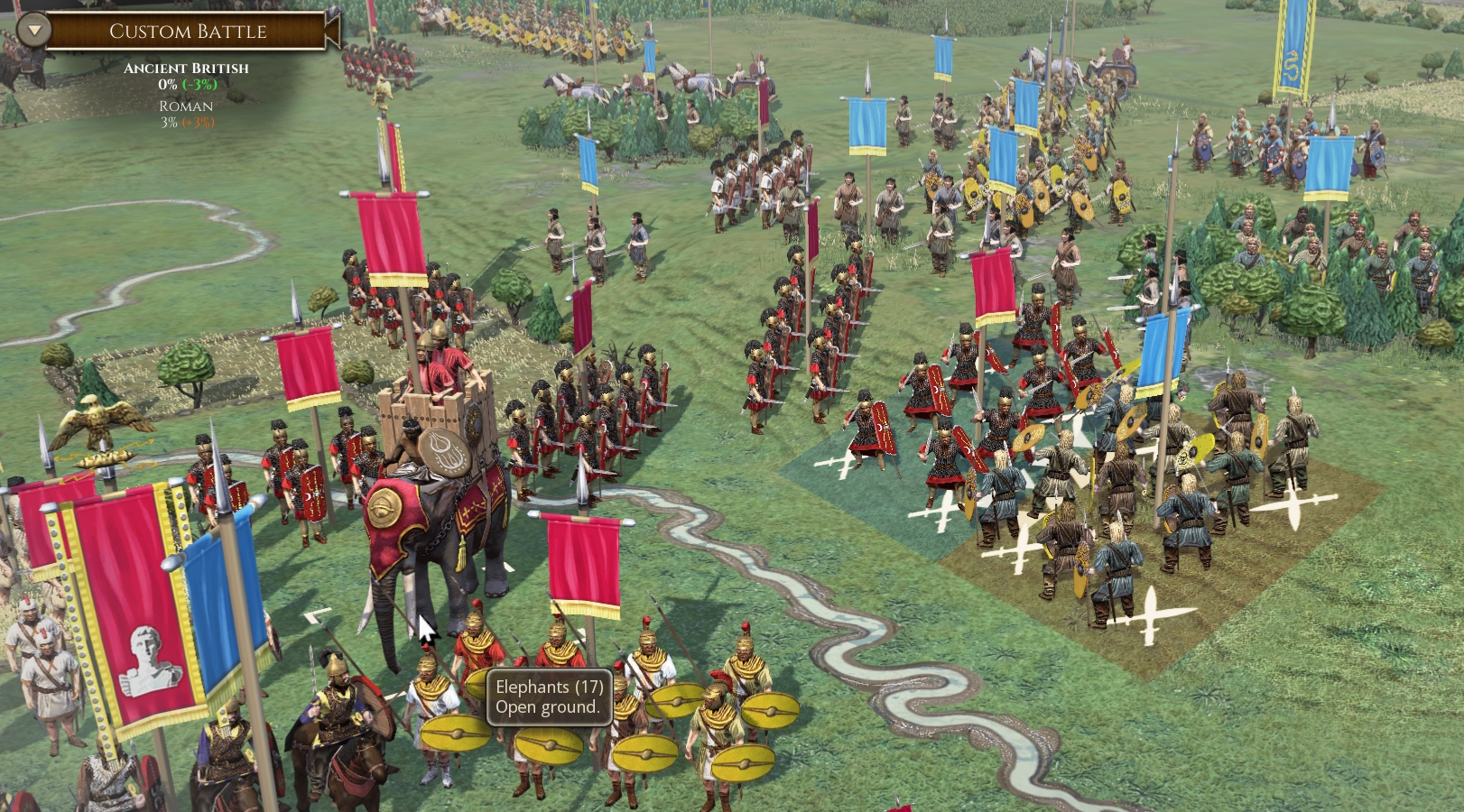 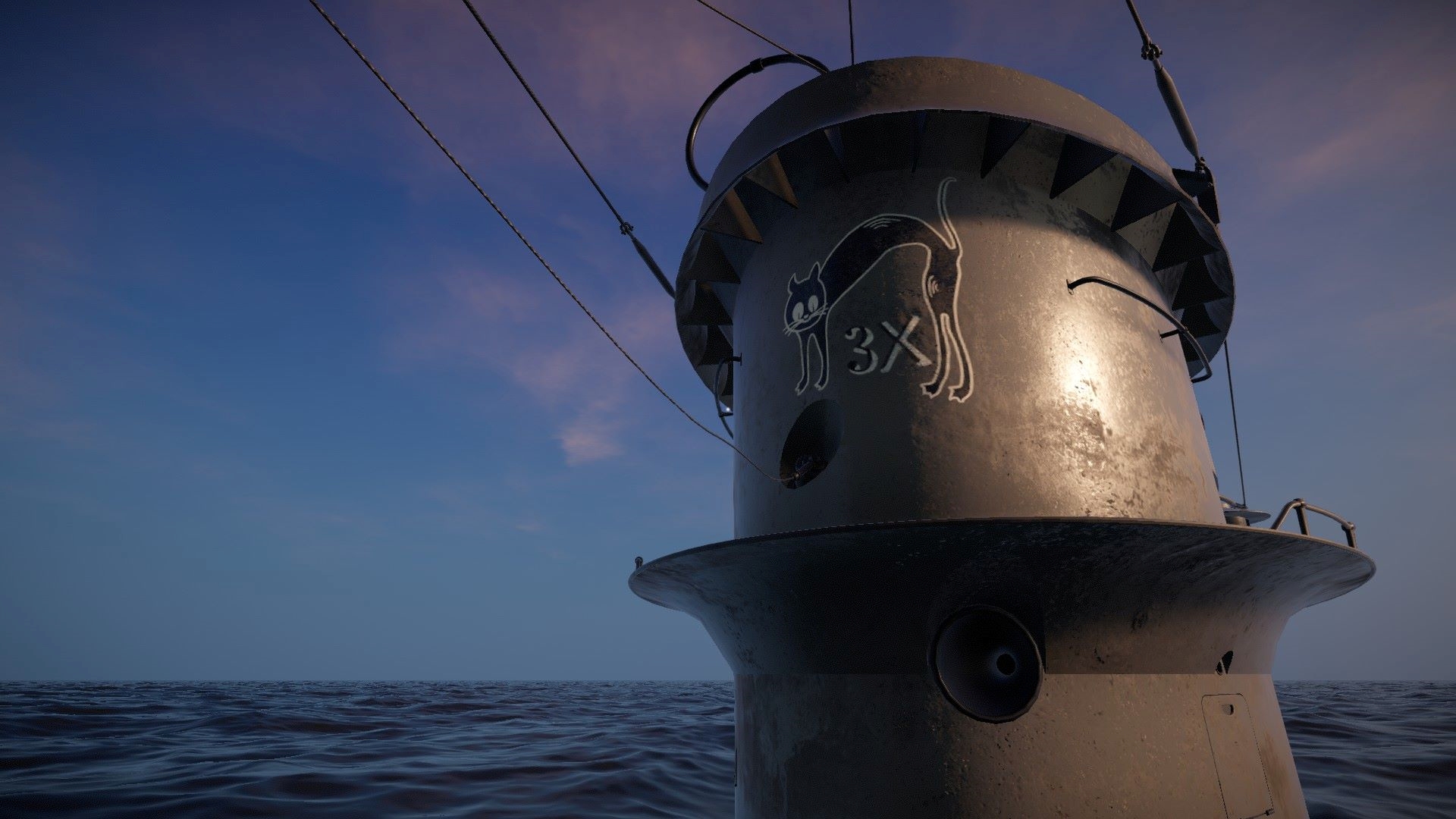 If your grandad was a U-boat Kapitän and left you a sea-chest full of Kriegsmarine memorabilia when he died, you may be able to help out Skvader Studios. The team behind Wolfpack, a groundbreaking work-in-progress sub sim in which up to five players (captain, dive officer, helmsman, navigator, radio/sonar operator) work together to operate a deeply modelled 3D Type VII, and up to eight human-controlled subs can savage a single computer-controlled convoy, are looking for a hi-res or original copy of this period patrol zone map.