Where does a frazzled Combat Mission gamemaster go to get away from the sound of stuttering machine pistols and shattering molotovs? The 1960s English countryside, obviously. Lapioware's new period train sim is as soothingly pastoral as a Brian Cook book cover, and as fast-flowing as a mill race after heavy rain. If Panzergrenadiers lurk on any of its platforms then they must be in mufti as I've not noticed them. 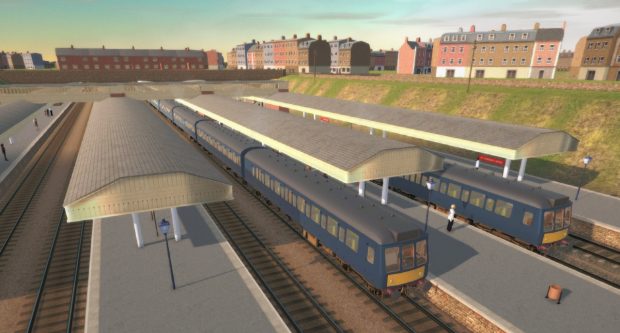 Diesel Railcar Simulator couldn't have arrived at a better time. The milling grumblers disappointed by Train Sim World's slow growth, dodgy throttle modelling, and unconvincing audio, should cleave to this $15 work-in-progress like burrs to a baa-lamb. 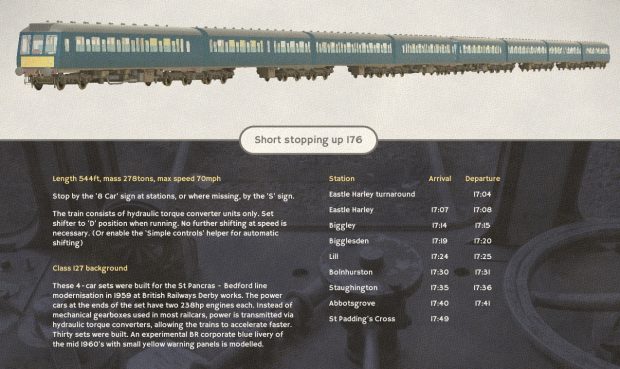 As the title and screenshots suggests, the sim is a paean to first generation British DMUs. Featured classes are the outwardly and inwardly similar 112, 122, 126 and 127 – the kind of unglamorous passenger porters that plied branch and suburban lines thanklessly from the late Fifties to the late Eighties.*

*And beyond in some cases. 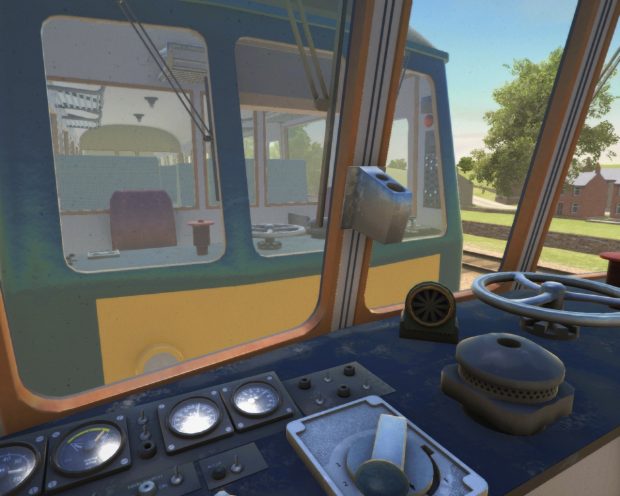 Although not nearly as talkative or as interactive as the last virtual multiple units covered in Flare Path, the modelled machines aren't short of character. It didn't take long for the plausible acceleration and braking, springy suspension, and multi-layered-if-slightly-muffled audio, to take me back to the days in my youth when I rode Western Region bubblecars regularly. 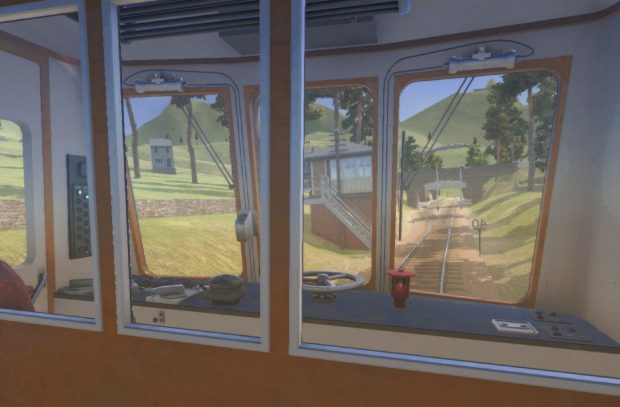 Until blinds were introduced, the front seats in these steam-loco-displacing DMUs were particularly prized by passengers like me, providing as they did superb views of the line ahead. BR actually emphasised sightseeing suitability in early publicity material. 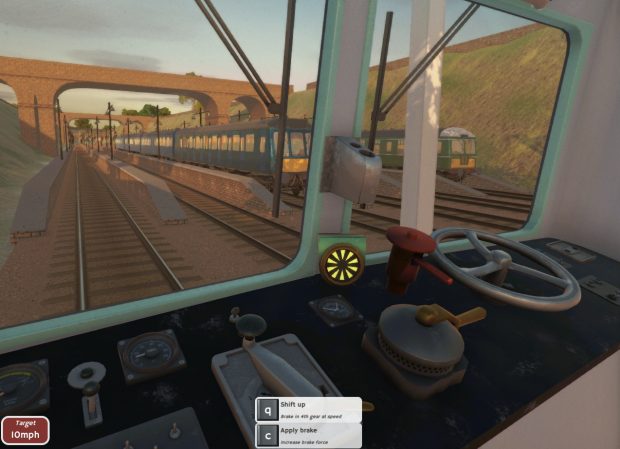 Units are controlled with a friendly selection of prototypical controls – a  throttle, brake, and reverser. If you choose to you can drive with control prompts active. Via a stream of dynamic input recommendations the sim will tell you when to slow, pick up pace and change gear, quietly encouraging fuel-efficient driving all the while. It's one of the simplest and best-integrated tutorial systems I've ever encountered.

Despite being fictional and scenically rather sparse compared to TS real estate, the 50-mile route manages to be as evocative as the rides. A section of four-track mainline, a serpentine single-track branchline, a depot spur, and lots of interesting trackwork, semaphore signalling, and stations, keeps the views varied and the driving engaging. 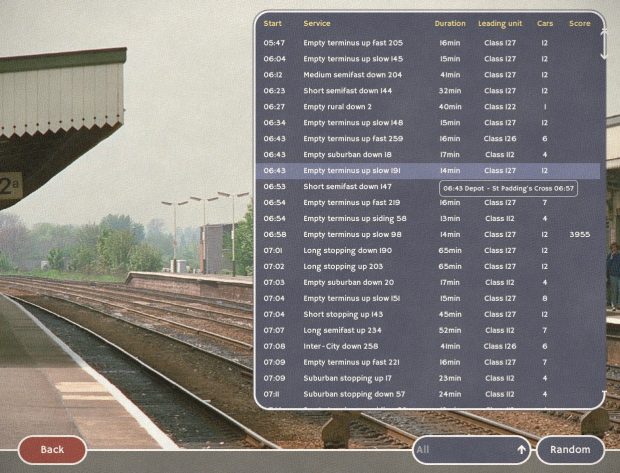 But what really gives the sim durability is its enlightened scenario approach. Instead of driving handcrafted challenges you pluck runs from a filterable daily timetable composed of over 250 services. Only have a quarter of an hour to spare? Choose a short-distance empty stock move. Have an entire evening at your disposal? Plump for an hour-long long-distance stopper. As the AI trains that dash or dawdle past, don't always run exactly to time, there's the possibility of unexpected signals and delays. There's no guarantee you'll meet the 07.50 down Inter-City at precisely the same spot every day. 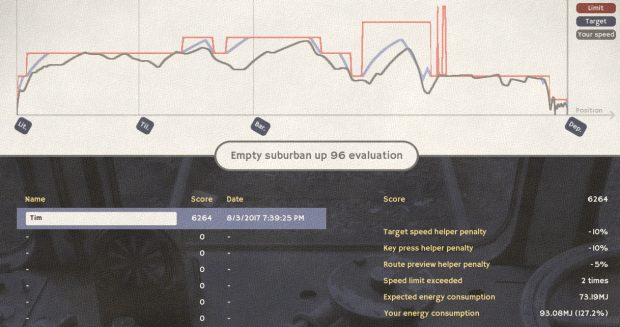 When it comes to speed limit discipline, DRS prefers to dangle a carrot rather than deliver fun-fracturing reprimands with a Damoclean stick. At the end of every journey, you're presented with a fascinating analysis screen that shows misdemeanours and mistakes in graph and score form. Scores are automatically stored with date stamps, making run comparisons easy. 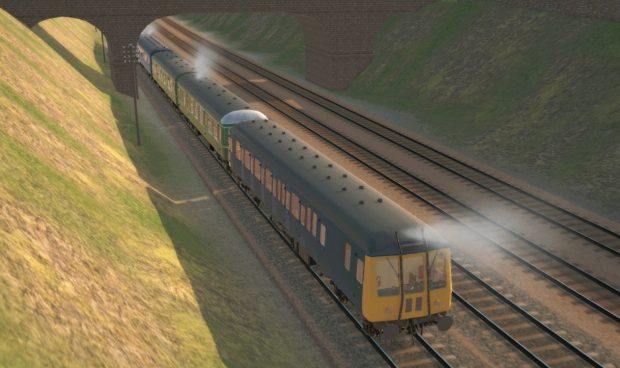 Lapioware's plans for the sim are public and promising. Buy into this impressive early access debut project now and by November your purchase should look and sound more convincing, and run faster (framerates are already good in comparison with TS and TSW). Come the new year, you may find yourself driving Class 120s on a new route, and sharing permanent way with loco-hauled freight trains. 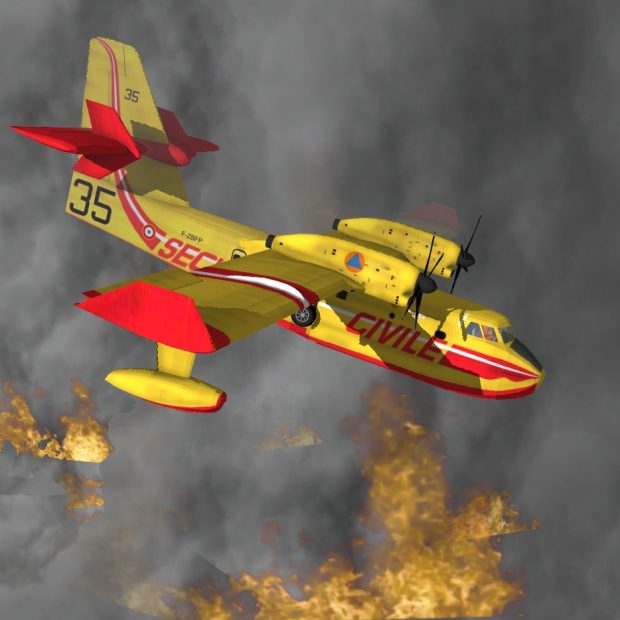 The city of Haifa has been singed by several ferocious wildfires in recent years. In November 2016, blazes destroyed 77 buildings leaving 1600 residents homeless. In 2010, a fire that started on the slopes of nearby Mount Carmel killed 44 before being brought under control by a multi-national firefighting effort that included many weird and wonderful water bombers. 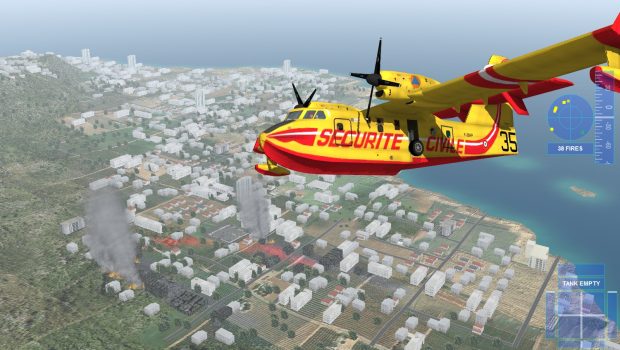 A local that watched those winged inferno inundators at work with particular interest was sim-smith, Ilan Papini. His latest release, Fire Flight, uses a tweaked version of the Vehicle Simulator engine in combination with a Northern Israel scenery and a small selection of flyables, to explore the combat-like challenges of aerial firefighting. 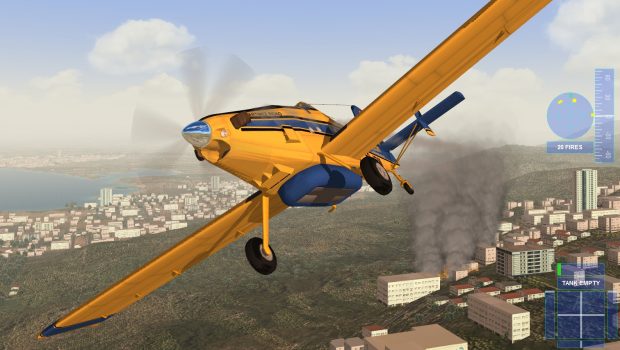 As Ilan is almost certainly aware that flight simmers can extinguish enflamed forestry in both X-Plane and FSX, I assume he's hoping the $25 Fire Flight (probably coming to Steam soon) will find customers and favour amongst people tired of feeble framerates, huge HD footprints, and complicated interfaces. 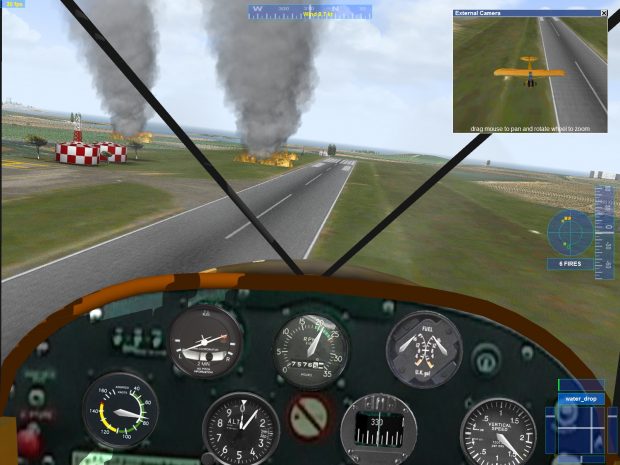 It's not an unreasonable assumption. Like its genre-smudging forerunner, FF offers lively, essentially credible aviation, moderately attractive vistas, and hardware-flattering fluency. You can get into the air quickly and once aloft it really doesn't matter whether you know how to trim, tune a radio, or lean an engine or not. A mouse-friendly, seat-of-the-pants sim in which rides can be changed and flying conditions transformed in seconds, the crudely-cockpited default aircraft - CL-415, AT-802, AT-802F, Super Cub and Pawnee - wouldn't cut the mustard as payware MSFS add-ons, but are modelled with just enough definition to make steed switches meaningful and landings and firefighting colourful. 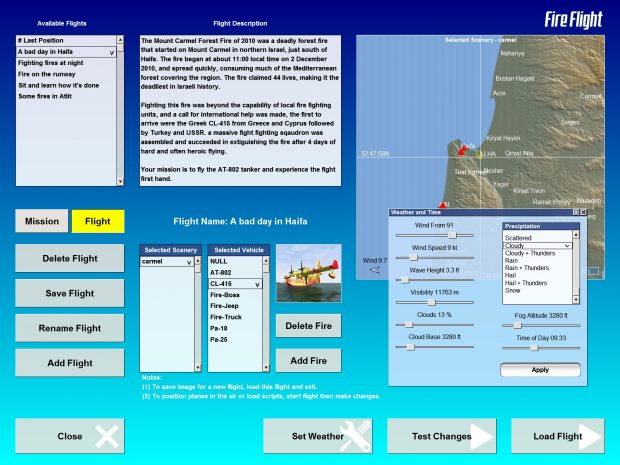 I like the way wind direction and speed determine how blazes spread... how wildfires create up and downdrafts that jostle my aerodyne when I get too close. 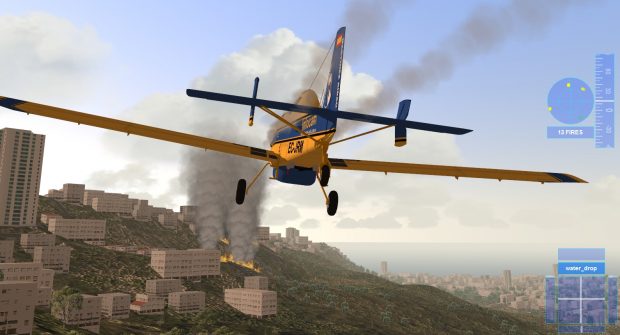 Yes, it's a pity the aerodyne in question is never an Evergreen 747 or a Beriev Be-200, two types that did their bit during the Mount Carmel disaster, but as FF shares fundamentals with the eminently modable Vehicle Simulator, it may not be long before charismatic heavyweights like these are added. 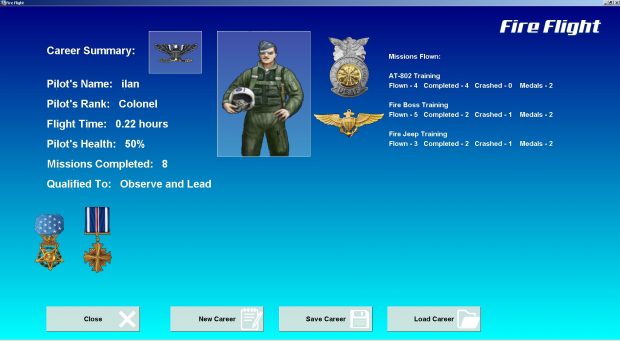 It's a pity too that Ilan couldn't have devised a more imaginative campaign/career mode. Randomly-generated missions would have been both appropriate and simple to code. Instead we get a string of scripted sorties and a promotion system that means missions often have to be repeated in order to earn sufficient points to progress. 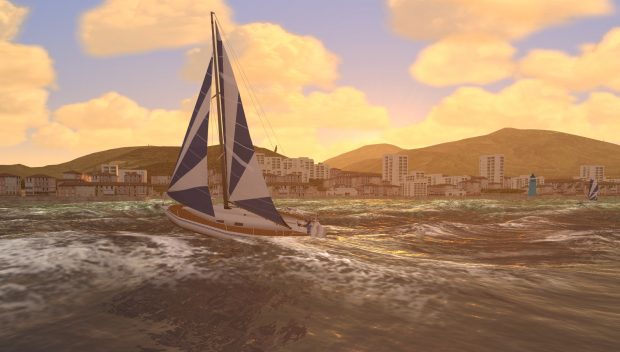 Only $5 cheaper than its engine donor, a sim that comes with far more steeds and enticing marine possibilities as well as aerial ones (the above pic is from Vehicle Simulator), it's hard to imagine Fire Flight taking off in quite the way other Quality Simulations titles have. I'm sure there will be some people who try the expires-after-25-flights demo and go on to hand over $25, but I suspect many will stick with VS, hoping that FF's fiery innovations are eventually made available as DLC.