I wrote a different introduction to this one. One about how odd it is that Titan Quest should be a game I so frequently return to given its being the antithesis of much of why I play games. But while I'll get to that, I need to begin with the real introduction:

I'm really struggling. This situation, this lockdown, it's triggering my mental health issues in so many directions, and I'm really having trouble holding it together. I feel like I'm a really weakly version of Spider-Man in that moment where he's trying to hold a collapsing building with webs in all directions, as gravity tries to tear it down around me. And that's why I returned to Titan Quest. Because it felt like it was going to be a familiar, simple place. And it turns out it's just what I needed.

I won't bleat on any more. I share these things because I know from experience that each time I do, someone else is helped. If you're struggling, there are amazing people out there to help. Most especially, call your GP, and if they don't help, call another GP. But let's talk Titan Quest.

If you've never played it, Titan Quest is a Diablo-style game, initially set in ancient Greece before mythological creatures went extinct. You pick a character, and very splendidly nothing else about them beyond their sex, the rest decided by the choices you make as you level your way up. Then you're bashing mobs, lugging loot like a loot mule, and endlessly charging through its ever-growing maps. (That is, if you're able to leave the opening scene.)

You know what, I'm not entirely sure it's a great game. I'm also not entirely sure Diablo, Grim Dawn, Torchlight, and all the rest of them are actually that great. I love the lot, I've played them all for vast amounts of my time. Booting up Titan Quest for a couple of days has been such a pleasure. I just think they're... two-thirds of a game?

I feel like this because I can't just play them. I have to be doing something else too. Listening to a podcast is my favourite option, or perhaps putting on a crappy TV show that doesn't require much watching. But just on their own, ARPGs leave a big hole, and I think Titan Quest perhaps leaves the largest of them all.

Yes, people want to talk to you, but oh lordy I don't want to listen. "Blather blather Ancient Greek reference blather." Sure, sure, get on with it! Tell me where you need to me to go click on stuff next! The game here is to semi-distractedly tap-tap-tap on crowds of satyrs, while keeping an eye on my health and springing into more focused action when it's threatened. Then to pick up improbable piles of loot, and sell it for money I will absolutely never use at any point because of all the improbable piles of dropped loot. You could try to argue with me that there's more to these games than that, that if played on a super-high difficulty level then it's about astoundingly precise min-maxing of all your equipment and skills, spending hours drawing out plans on pieces of paper and pinning them to your wall, lines of red string threading between them, but I'd look at you like you're silly.

The formula works. Heck, I think there's probably a very strong argument to be made suggesting that Action Role Playing Games were the genesis of the modern "clicker", those infernally compelling and utterly stupid games about tapping at your phone screen until your finger is a skeletal stump. They are the reductio ad absurdum of the format. Actually having at least some substance, a Z to reach from your A, and it's obvious why these ARPG games are so enjoyable. 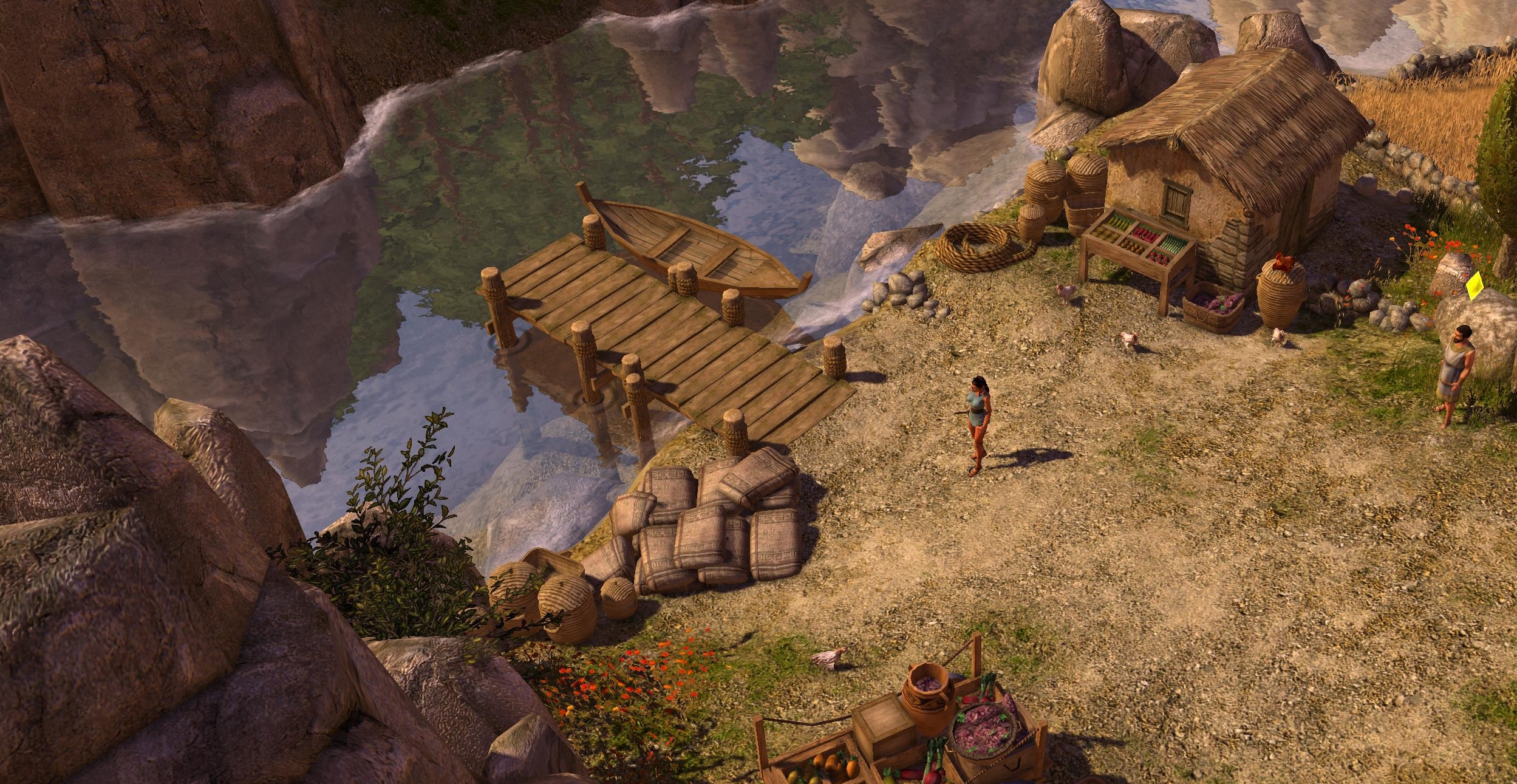 The missing third isn't necessarily something as simple as "a story". They all think they have "a story". There's a big baddie, and it's causing lots of monsters to be everywhere, and people talk to you about that an awful lot in between your hitting said monsters with your preferred stick. "Good work everyone! We've got a story! Now hire some freelancers to write four hundred thousand lines of people being initially upset about the monsters, and then later grateful about the removal of the monsters."

I think it needs something more sophisticated than that. What I think these games need is dialogue. Two characters, engaging in conversation as they go. I don't mean co-op, although that of course takes care of the problem if you're playing with someone worth chatting to. I mean an NPC with whom your character engages in hardcore bants. My ideal would be a pet, since this would mean I'd still feel like the star, the main character, but there'd also be someone else to share the experience with. I guess what I'm saying is: what if Valve from 10 years ago made an action RPG?

Maybe you think the missing third is made of something else? It could be puzzles, right? You arrive at a location, but you can't access the tomb that contains the dude's missing hat because the door requires you discover the location of three runes, and each rune is its own whole mission. And getting each of those runes requires fathoming some cryptic clues. Or perhaps there's a whole bunch more you'd like to see done with your own character, and their relationships with the others in the game. Perhaps you can choose which characters in the major towns you want to get to know better, and you understand them on a more emotional level, feel more driven to solve their quests to see their personal story move forward?

This is what bewilders me about the ARPG. My spitballing the first few ideas that come into my head all seem perfectly feasible additions to the format that don't dramatically change the core action of play. It'd be crucial not to make the mistake of changing it into something that may as well be a straight RPG. You still click a whole bunch on a lot of enemies, loot-hoovering and cranking levels. But there's that extra bit that gives it the third dimension the genre seems to be crying out for. And yes, yes, I know there are those that see these games as esports and have already written me off, but no one on the whole planet seriously thinks of Titan Quest as an esport. It's two-thirds of a game.

And yet it's two-thirds of a game that brings me so much happiness. Sticking on the new podcast with Zach Braff and Donald Faison discussing every episode of Scrubs in order, that's the third filled in. Or watching the absolute bottom of the barrel on Netflix, like the gloriously awful Skin Wars, and it's feature complete. Yet it leaves me bemused that no one is trying to develop the Diablo-like format that step further.

Still, I have Titan Quest, and right now I could cuddle it for the distraction and comfort it brings.

Can I still play Titan Quest?

Goodness yes. It's everywhere. And madly, despite the studio that created it, and the publisher that published it, no longer existing, it's still receiving semi-regular updates!

Should I still play Titan Quest?

I really think so. Unlike Diablo it's not a great big teenage grimdark sulk, and unlike Torchlight it's not a wacky cartoon. It occupies a sweet spot between the two. And while the UI is still somehow not rearrangeable, it runs beautifully on modern machines.