Despite having around five years worth of stuff, Digital Extremes is certainly not done adding even more to Warframe. Fortuna introduces the game's second open world hub, as well as various new features and tweaks to the game such as a brand new hoverboard - the K-Drive, to Kick Flip into the stratosphere. Accessing this new hub world is going to take a little bit of work if you've not got much experience with Warframe under your belt, so this guide will go over how to access the new update and what you can find there.

While the things in this guide are accessible for newer players, the universe of Warframe is gargantuan in scope with plenty to see and do. Head on over to our Warframe guide hub to get the essential tips needed to start the game. 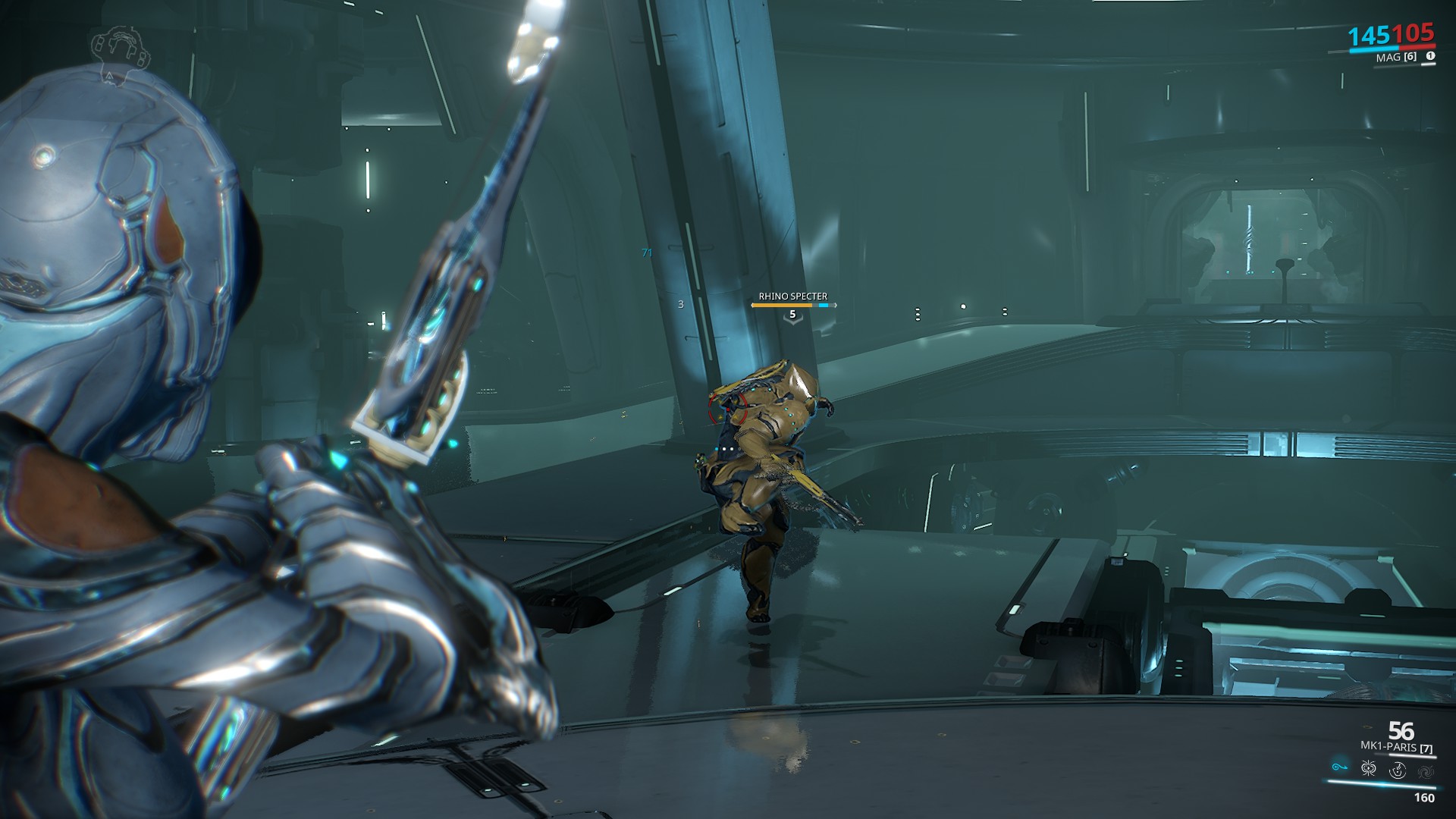 In order to gain the necessary access to Fortuna, you'll need to have checked off each of the following requirements in order to access Venus - the land where Fortuna resides. First you need to complete the quest "Vor's Prize". This is the introduction story quest and is mandatory to complete for newer players. This quest requires you to kill a Grineer officer, though he's surprisingly easy to defeat as long as you keep moving around and kill enemies he summons.

Next you'll need to collect 20 mods. This is done simply by playing the game: killing enemies and completing missions is all you need to do to get basic mods. You'll then need to apply four of them to a single Warframe or a weapon. Finally, to upgrade your mods to rank 2 or higher, you'll need to collect a resource named "Endo", which is a large blue/gold orb that is obtained from slain enemies. You can also dissolve unused mods to get them.

You'll then need to defeat the Rhino Spectre that stands in your way. It's quite a simple boss to defeat, just needing you to dodge its charge attacks and have a weapon that can strip its shields quickly. When you have accessed Venus, you'll additionally need to complete all the missions leading to and including the Unda node, which is required to unlock access to the underground city. It is also worth noting that you need to open Fortuna before you can access Orb Vallis.

The update starts with a character named Thursby asking you to gather some supplies for him, before his handler Eudico requests that you disable a drone that was recording your conversation. Make sure that if you just want to unlock stuff that you start the mission with the online game type set to Solo, rather than Public. The missions don't automatically balance out, so you'll find yourself getting overwhelmed if you're taking on enemies designed for multiple players.

Upon returning, there are a few more missions that you'll need to complete, culminating in a mission where you ride a K-Drive through the legs of a giant spider mech. From there, you'll be sabotaging a key stronghold for the enemy. Completing this mission will unlock everything in Fortuna, as well as give you access to the K-Drive, and a blueprint for a new frame - the Garuda.

What is in the Fortuna update?

Fortuna gives you a sizeable open world to explore, full of intrinsic cave systems to go spelunking in, and bounties to collect above ground. They work a little differently in that you don't have to head back to the city hub to cash them in immediately after completing them, allowing you to finish tasks at your leisure. If you cause too much trouble, you will alert more enemies to your presence

Fortuna has a city that allows you to build new kit guns with resources collected, as well as Moa companions that follow you around into battle, spouting quips as they assist in the enemy slaughter. Fishing is also back with new fauna to ensnare on your new EMP-based fishing rod, with 14 species that you can hunt down.

Also included at the same time, but not intrinsically linked with the Fortuna area is the 37th warframe called the "Garuda".  You can find out how to create this frame in our Warframe Garuda guide. It's named after a legendary bird-like creature in various mythologies, and is seen as a "kite-like figure" that serves as a mount of the Hindu god Vishnu or a dharma-protector/Astasena in Buddhism, and an important figure in Jain mythology.

However that's where the similarities end as the Garuda seems to be a bladed figure that inflicts damage on itself while using enemy blood to restore health. Its first ability grabs an enemy and rips them into a husk, before draining their blood to act as a shield that deflects incoming fire from in front of you. This shield can be thrown at enemies to inflict damage.

It can also consume half its total health to cover itself in blood to get extra energy for its other abilities and boost damage. Garuda's other ability produces a massive spike that impales foes to drain health to restore the condition of those standing near it. Its ultimate ability turns the warframe into a whirling dervish of blades to slice enemies into tiny chunks.

You will of course need to be able to get around, which is where the K-Drive comes in. This is a hoverboard that allows you to channel your "skater boi" or "skater chick", pulling off some neat tricks as you fly across the map at breakneck speeds. There will also be the chance to race these hoverboards, 20 different courses will be available when the update drops, to which you can challenge other players to see who's the fastest frame in the universe.

This isn't just one board though as increasing your standing with the new faction: the Vent Kids, will grant you skins for your board, or even new models of K-Drive. You'll also be able to alter the vehicle's stats of your board, which can have an affect on races, and be useful for any daily missions that involve the K-Drive. 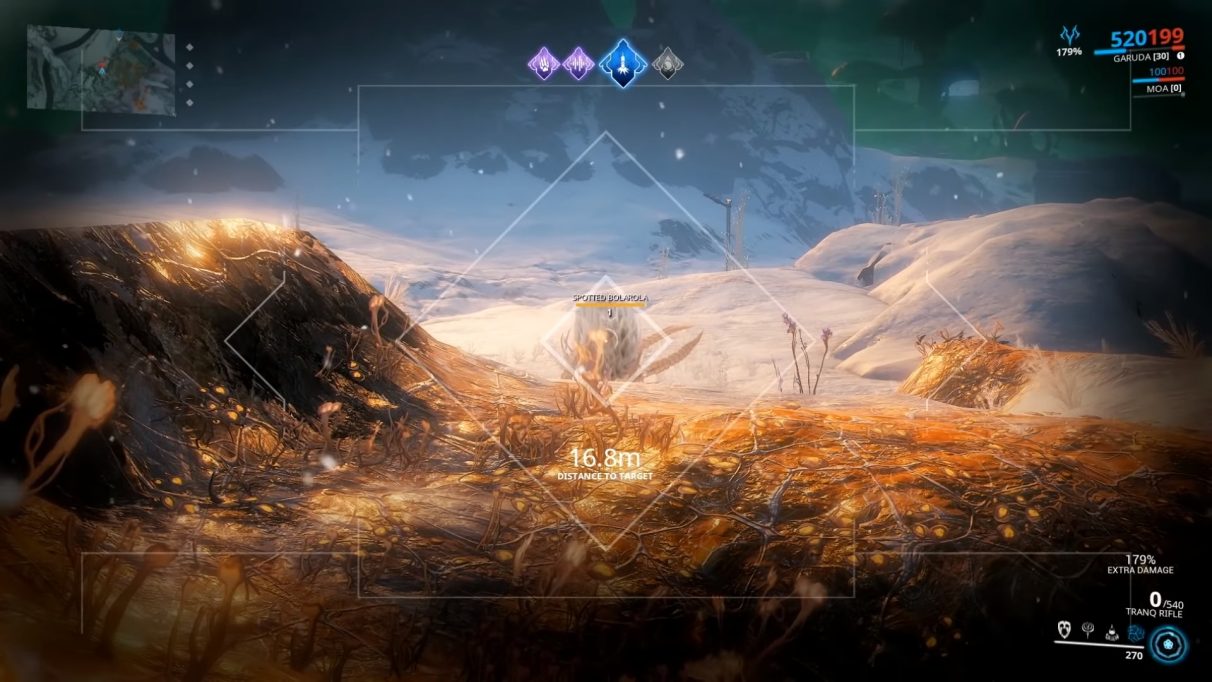 In addition to pulling off some sweet tricks, you'll also be able to go on conservation missions that require you to tranquillise rare animals to save them from being hunted by the Corpus. In order to do this, you'll need to find their trace via their droppings, before tracking them down by using their tracks. Along the way, you'll find traces of their whereabouts, mostly with eaten plants or trampled terrain.

Eventually you'll hear an animal call which you can use your lure to mimic. By copying the pitch of the animal, you'll be able to lure them out of hiding and make them open to your tranquillisers. Once you've successfully hit them with a dart, follow them until they collapse so you can attach a tag for a drone to pick it up.

So far, there's very little combat, but the giant spider robots that will skulk across the land are perhaps the biggest challenge. They're provoked by killing a large number of their smaller offspring and will be utterly relentless in their pursuit.

That's everything you need to know so far about the Fortuna update. In the meantime, those who want to know more about the previous open-world can do so in our Warframe Plains of Eidolon guide. Alternatively, there's also information about the various frames that you can check out in our Warframe frames and mods guide.