Free-to-play space ninja sim Warframe has always had an 'anything goes' attitude to new content. While we wait for the Fortuna and Railjack expansions (adding a new open world planet and capital-class space combat respectively), idle Tenno now have a new option for whiling away the hours. Frame Fighter is a goofy little fighting game assembled from the main game's characters and animations. It's is the debut 'ROM' for the Ludoplex, an in-universe games console that you can install on your ship, with more characters and two more minigames unlockable.

To be honest, Frame Fighter is pretty janky. While Warframe's animations are well suited to a third person hack n' slasher, they don't translate smoothly to a 1v1 Street Fighter-inspired game. The result is attacks that feel like they've got too much or not enough range. While there's no AI to play against (at least for now), the few rounds I did play against randomly matched players were smooth and lag-free. While I hope that there are plans to continue improving Frame Fighter, I'm just amused this exists at all. A lot of effort has clearly been poured into something so silly. 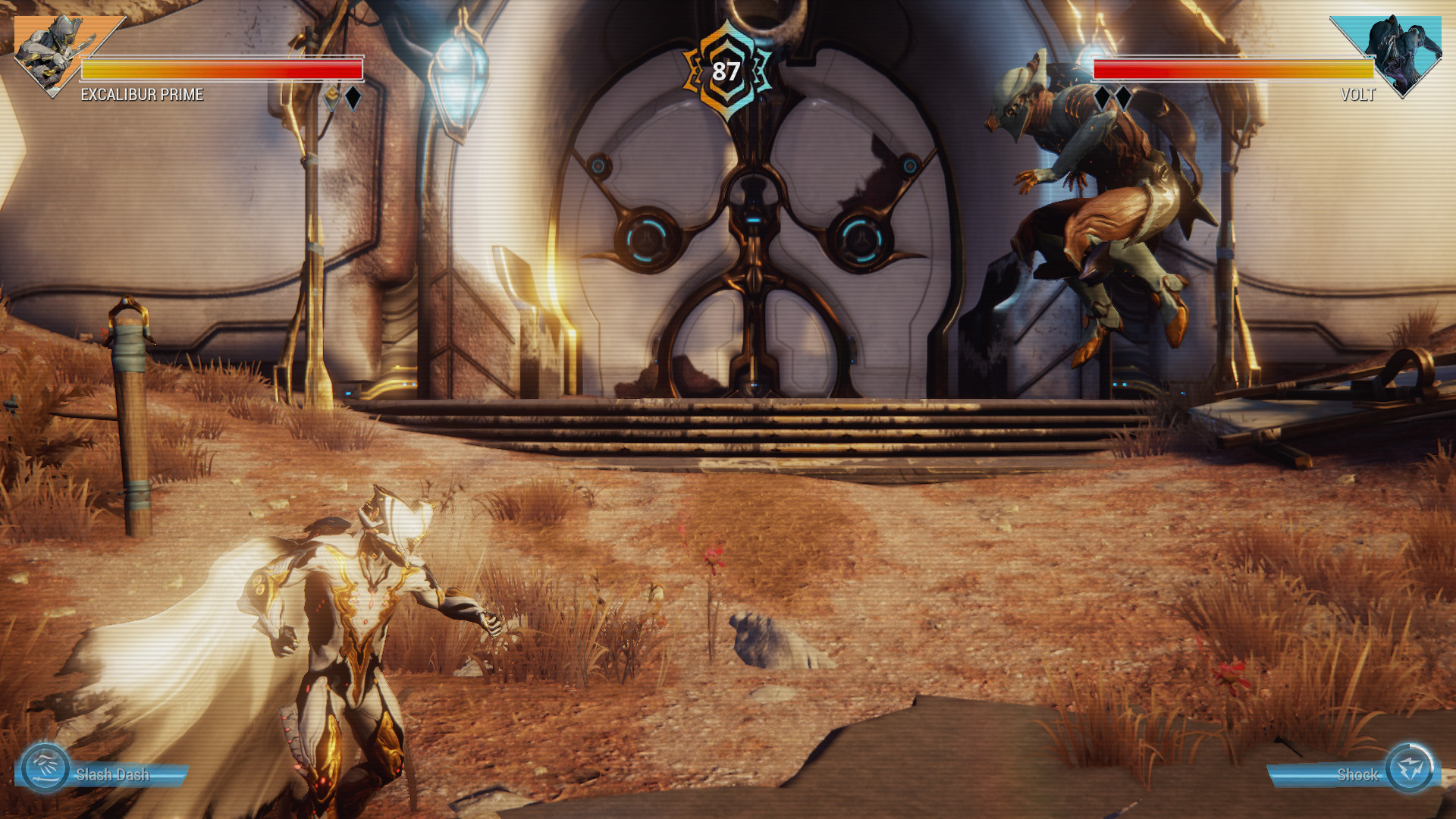 The other two games are older, and were originally Easter eggs, hidden in customisation screens or via typing passwords on the login screen. Happy Zephyr is a Flappy Bird clone featuring the bird-themed frame Zephyr, although its large character model and slightly skewed perspective make it harder to play than it should be. Wyrmius is somewhat better - a basic shmup, featuring the Wyrm drone. Both are amusing distractions for a few minutes, but nothing to write home about. I do hope that more are planned - I see a lot of untapped potential in the Ludoplex.

In order to grab a Ludoplex for yourself, visit Cephalon Simaris aboard one of the Tenno relays. You'll need 50,000 standing with him to buy one. The other two games - Wyrmius and Happy Zephyr - cost an extra 25,000 each. Once you have the console, you'll also find extra Frame Fighter characters hidden on missions, with each region holding 2-3 characters. You can find the default Frame Fighter controls and where to locate more characters on the Warframe wiki here.