Ubisoft's portion of E3 2019 began with a really rather intriguing look at Watch Dogs: Legion - the highlights of which were a lovely-looking London gone wrong, a growing Resistance group fighting against an authoritarian surveillance state, and a 78-year-old hacker named Helen Dashwood who's likely tasered more security guards than you've had hot dinners. Our Watch Dogs: Legion guide will break down everything we know so far about this extremely ambitious open-world title, from the game's expected release date to trailer breakdowns, story and setting info, and much more. 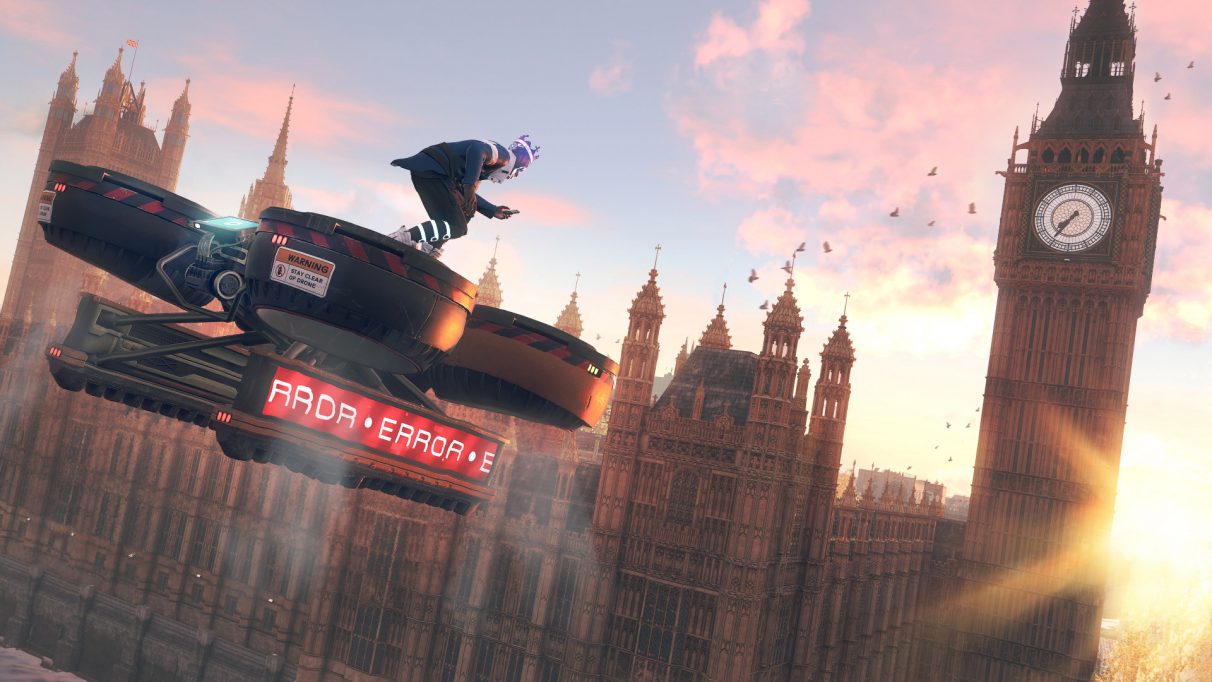 So, when can we get our hands on Watch Dogs: Legion and start some sneaky granny hacktivism of our own? Well, as with what seems to be every other game announced this E3, we're looking at a release date in the spring of next year, with Watch Dogs: Legion's release date marked down for 6th March 2020. When it arrives, it'll be coming to PC, Xbox One, PS4, and Stadia.

Below you can feast your eyes on this extremely ambitious new direction that the Watch Dogs series is being taken with the two trailers both showcased during Ubisoft's portion of E3 2019. First up is the official reveal trailer for Watch Dogs: Legion, followed by an 11-minute gameplay walkthrough.

In a nutshell, the United Kingdom's gone to shit because of Brexit, and everyone's feeling pretty pissed off about it all. But enough about real life, let's talk about Watch Dogs: Legion.

In all seriousness, the decision to place Watch Dogs: Legion in a dystopian post-Brexit London dominated by surveillance drones and high tech that constantly finds itself in the wrong hands, it all makes a lot of sense. The previous Watch Dogs games had us going around hacking drones, punching faces, and generally wreaking all sorts of clever havoc, and from what we've seen of the fictional London that Ubisoft have created in the above trailers, the setting gives us tonnes of potential for all that same fun hacknobabble. 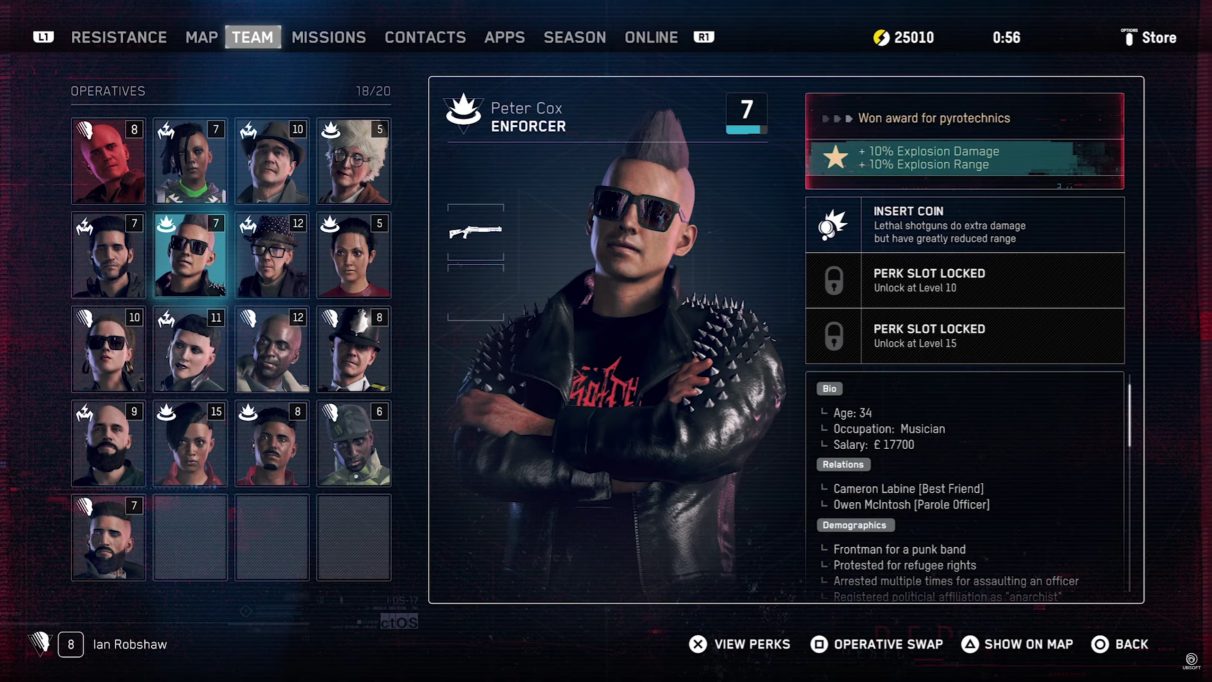 As you'll know if you watched that gameplay trailer above, the Big Thing that Watch Dogs: Legion is bringing to the table is the idea that any of the NPCs walking around London, from a young graffiti artist to a mad old ex-assassin grandma, is potentially you. If your current protagonist is killed, then they're gone for good; but the thing about the Resistance you're building is that anyone can be moved to join the cause.

Each character appears to be assigned one of three classes: Infiltrator, Enforcer, and Hacker. But that's not all; everyone has different backgrounds, skillsets, and unlockable perks. A certain character might enjoy a +200% boost to melee damage thanks to their experience as a boxer. Peter Cox, pictured above, is evidently a mad lad with a shotgun, and also appears to have a penchant for pyrotechnics. According to Creative Director Clint Hocking, "every Londoner is fully simulated with a persistent life and relationships", and - perhaps even more impressive - they are fully voiced and animated, with every cinematic in the game changing depending on your current character.

Ambitious, much? Well, according to Matt's report on the E3 presentation, it seems all the NPCs are built from 20 different character archetypes, and so there are 20 different voices, 20 different variants for each cutscene. Now that sounds more believeable. It's a bit of a step down from the implication that every Londoner is completely unique, but obviously that was never going to happen. It's just a question now of whether these 20 archetypes will deliver on Ubisoft's promise to make every Londoner feel "fully simulated".

Yes, you can play Watch Dogs: Legion with your friends in a dedicated co-op mode. According to the Watch Dogs: Legion description on the Ubisoft Store, in co-op you'll be able to "explore dedicated online content and missions", as well as engaging in "exciting side activities, such as bareknuckle boxing, freestyle football, illegal couriering, and posting street art".

That's all we've got to share for now on the ambitious third instalment in the Watch Dogs franchise, but keep checking back as we learn more about Ubisoft's vision of a dystopian post-Brexit surveillance state London.