The last game I expected to find a speedrunning community for was Sea Of Thieves. I mean, there's a racing community, sure, but you wouldn't think Rare's online pirate sandbox would really lend itself to the quick and precise play speedruns are known for. And yet, here we have the Sea Of Speed - a small group of players who frequently race through various Sea Of Thieves quests, competing to get the fastest possible times. Though, you probably won't see them at Summer Games Done Quick this week.

"I doubt very many speedrunners outside our community know we exist," Sea Of Speed's chief mod, Toastiewaffles, tells me. "Usually people just go, 'how do you even speedrun that game?'"

The answer isn't so complicated. Sea Of Thieves has plenty of quests that have a more linear structure to them that suit this sort of gameplay. The Pirate Legend-exclusive Athena's Fortune Voyages, story-based Tall Tales, and Fort Of The Damned battles are currently the three recognised categories. Toastiewaffles says the reason he got started with this speedrunning community in the first place was because he was trying to find faster ways to complete all these missions anyway.

"Sea Of Thieves is my favourite game, but once you hit Pirate Legend it's mostly grinding and I wanted more challenge," he tells me. "I looked up the speedruns for ways of finishing theAthena quests as fast as possible, then realised that since I'm gonna be doing them hundreds of times anyway I might as well time it. At which point, I was speedrunning it."

It's a similar story with the Tall Tales. They're the closest thing the game has to story missions, and the more difficult ones can take hours to complete. What's more, if you want to earn all the commendations for a single Tall Tale, you usually have to complete it multiple times.

"They're great fun and an amazing story, but after the first one or two attempts you mainly just want them out of the way as fast as possible," Toastiewaffles says, "so speedrunning them made sense."

But speedrunning in Sea Of Thieves isn't just about hopping onto your ship and hoping the wind is with you, though that is one of the biggest challenges for these speedy sailors. As with most speedruns, there are plenty of rules to make sure everyone is on a level playing field - well, as level as you can get in a game with random environmental events and other players roaming about, that is.

"Tall Tale runs start on the final vote for the tale, and end when the final item you collect for the tale is turned in (with some exceptions). The rules for Tall Tale runs are way stricter, you have to be parked near the starting island for the Tale, and everyone in your crew has to be either on the island or the ship etc.

"Fort Of The Damned runs start when the ritual skull is placed and ends when the loot chamber is opened. No other crews can help with any runs."

Steering clear of other players in Sea Of Thieves is easier said than done, however. The Sea Of Speed community try to stay away from other crews as best they can, partially to avoid getting killed by them, and, more rarely, to avoid being helped by them.

"Once, a runner had to hand in a final Tall Tale item at an island where another crew was parked, so they just bolted to the turn-in point whilst hiding in bushes so they wouldn't kill him," Toastiewaffles tells me.

"But usually if another crew is present, they either end the run or I have to disqualify it because it's unfair if that other crew helps out in any way."

It's a great example of why custom servers will be so beneficial to Sea Of Thieves players when they're eventually added. There are so many communities for this game that organise their own unique events, but it only takes one annoying crew out on that open ocean to spoil the fun. For the speedrunners, custom servers could even mean getting accepted into an event like Games Done Quick in the future. But, as Toastiewaffles puts it, "until then, I doubt anyone's gonna accept a game where other players could kill you mid-run". 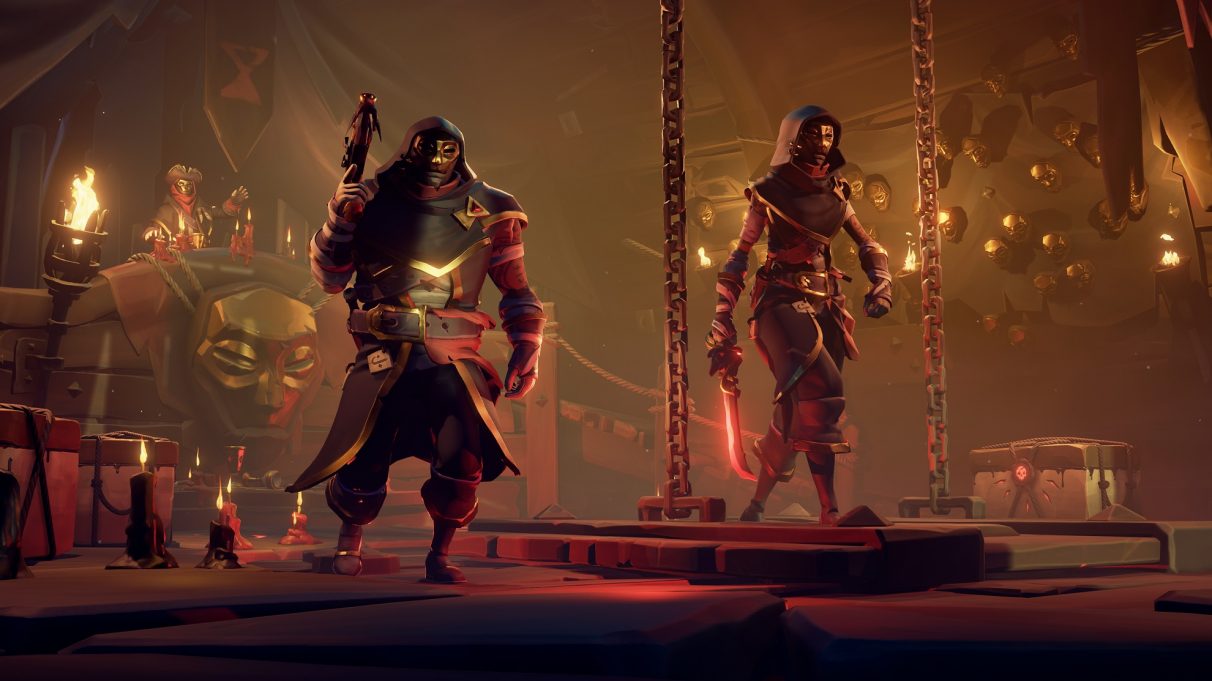 Despite that, speedrunning the quests in Sea Of Thieves does sound like good fun. Toastiewaffles tells me about all sorts of glitches the runners have found to try to improve their times (though when Rare find these they do tend to get patched out, it is a live game to be fair). One his favourites was a glitch he and his crew found while experimenting with ways to complete The Shores Of Gold Tall Tale, which involved falling through the world to get to the boss.

"I spent three hours finding a way to swim over the boss room and just fall into it, allowing you to skip the mission. The weird thing I found from this is that the whole game world is ocean with islands built on top. But underground areas are cubic air pockets. So once you're under the map you can swim over an air pocket and drop down."

This seems like a pretty advanced tactic to me, but as far as speedrunning goes, Sea Of Thieves is actually a pretty accessible game to get started in. All you need is a bit of knowledge of how the game works, and you're perfectly ready to set off on your first high-speed voyage.

If you fancy getting into it yourself, a good start is to watch some of the runs on Speedrun.com. There you'll find runs from all the current record holders so you can get an idea of how the pros do it. Then once you're ready for the big leagues, you can submit a video of your run to the Sea Of Speed Discord, and fulfil your destiny as the fastest pirate on the seas.