Earlier this week Fallout 76 introduced a subscription service charging £12 a month or £100 a year for various things Bethesda shouldn't have, along with the more reasonable inclusion of private servers. It isn't reasonable to charge for the convenience of a box with infinite storage and a deployable fast travel tent. Even less so when some of these things do not seem to work.

Some players are reporting that their private servers aren't private, their infinite storage boxes are swallowing their scrap, and that deploying that tent sometimes crashes the game. Bethesda have acknowledged some of these to Polygon, saying they are only affecting "a small number of users" but that yep, they're on it. Good grief.

Right then. Let's dive into the problems, one by one.

The privacy issue is that there's no way to set up an invite only server, and anyone on your friends list can join you. People who like to do weird and powerful stuff like organise Wasteland art exhibitions may well have strangers on their friends lists who they wouldn't want to drop by. Bethesda have told Polygon they "are looking to provide an option in an upcoming patch that will allow Fallout 1st members to restrict access to their servers more completely."

Players have also reported these don't appear to be properly 'new' worlds, and that they've found dead NPCs and boxes that have already been looted. The suggestion is that Bethesda are recycling old servers rather than creating new ones. Bethesda deny this, saying it launches a new server instance but because loot is instanced for each player, this is just like how players can find leftover looted containers when switching between regular servers.

Impressively, Bethesda also initially concluded people's scrap wasn't actually disappearing from those infinite boxes, and that a display error just made it look like it was. Then they got back again, reporting that their "initial investigation indicated that this was a display issue, and that no items had gone missing,” but that they "have since found that a small number of players have in fact experienced a loss of scrap items after placing them into the Scrap Box and then loading into a world." They say fixing this is their "top priority".

Other problems, including the tent crashes, are rounded up in a Reddit thread by Aten_Ra, which also includes bugs that even non-subscribers can enjoy. Some bugs always crop up when games receive big updates and are often ironed out quickly, but, well, Fallout 76 has form. Plus the broader company aren't making decisions that inspire a generous attitude. 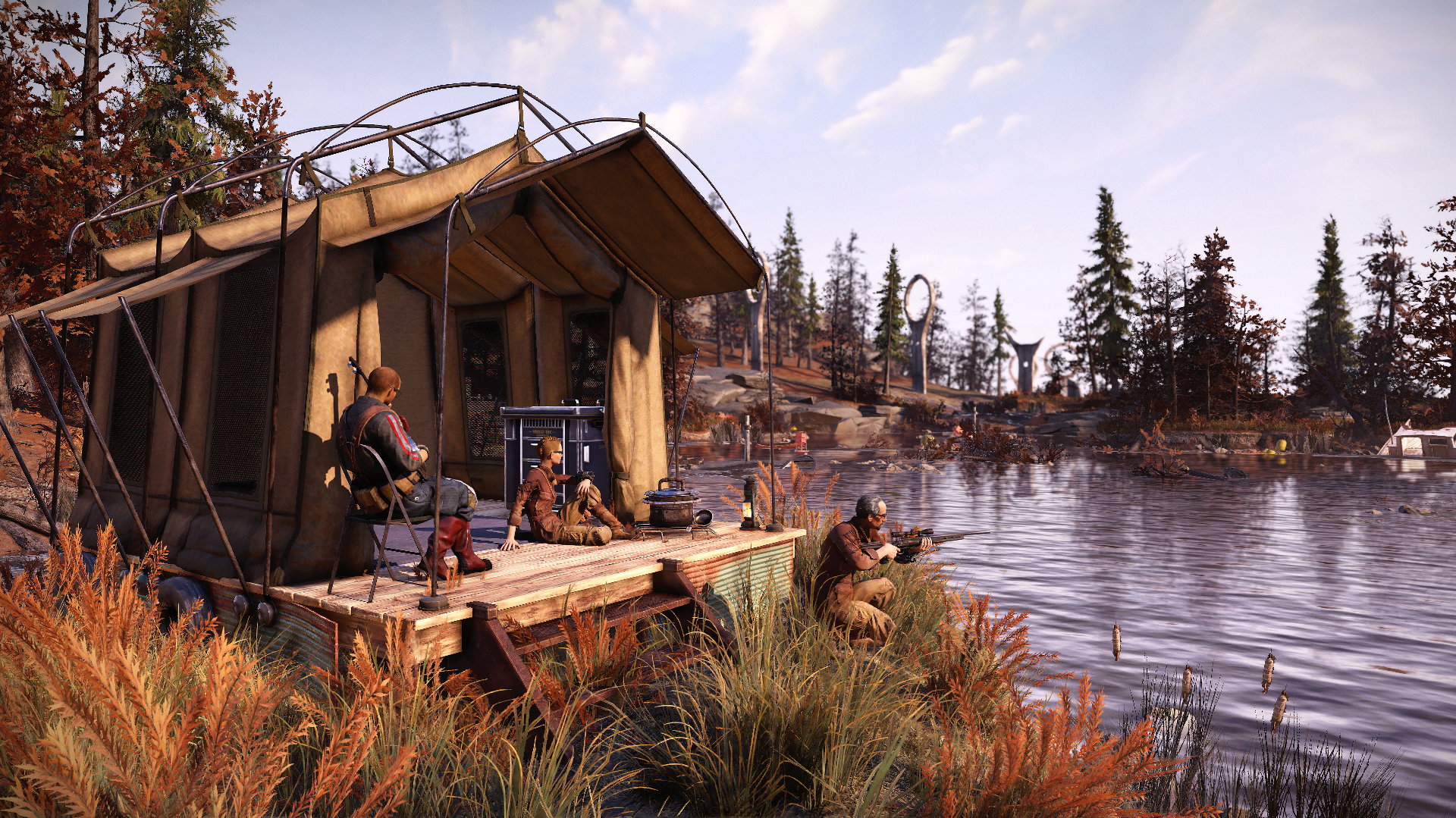 Some prankster mocked up a fake Bethesda site advertising "Fallout FUCK YOU 1st" after Bethesda launched the service yesterday. It's a bit much, that, and I would hate to be trapped in a pub next to the person who wrote it. But it comes from a place of understandable frustration that's only grown with Bethesda failing to provide the service they shouldn't be charging for.

Alice O has already found the best words to describe this, so I won't attempt to paraphrase.

"When a game lets you buy conveniences, it's hard not to feel parts are intentionally inconvenient in the hope you'll pay extra to escape them. Bethesda are now demonstrating they know people might want more storage space or another fast travel point, and they're charging for it. They've managed to make the launch of a much-requested feature feel unpleasant by tying private servers to this other guff."

This helps no one in the long run.