Have you ever stared at a rather desirable rare, epic, or even a legendary item in Borderlands 3, then sighed in despair when you realise that you'll have to throw something away just to pick it up? Well fret no more dear adventurer, for that is what the Borderlands 3 Lost Loot machine is here for. Your days of leaving valuable treasure behind are almost at an end!

Our Borderlands 3 Lost Loot machine guide will go over where to find the machine, when you can find it, and how it works. 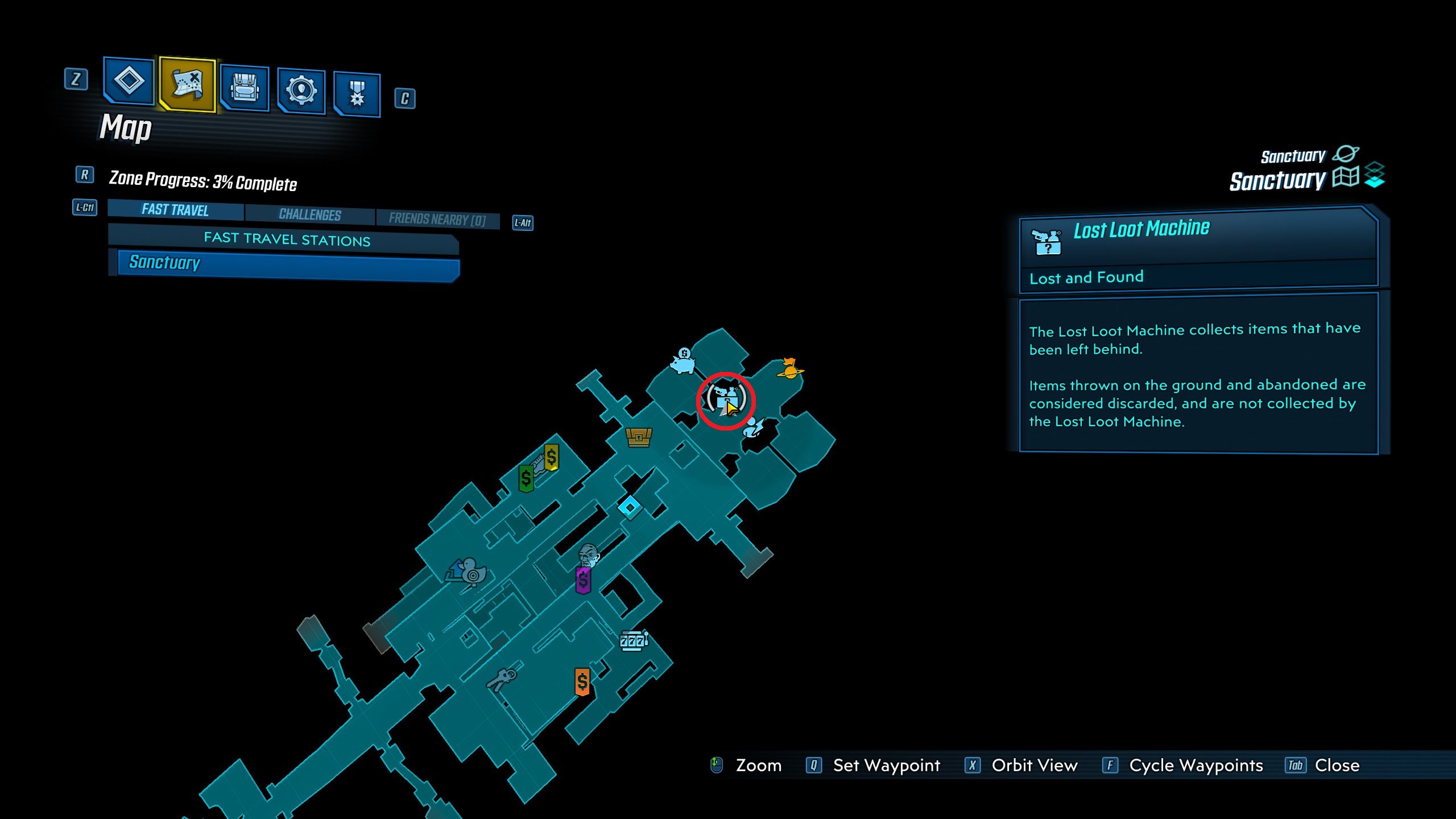 First thing's first, you won't be able to find the Lost Loot machine in Borderlands 3 until you're able to leave Pandora for the Sanctuary. This happens in the mission "Sanctuary", which happens immediately after the fourth story mission - "Taking Flight".

After gaining access to the Sanctuary ship, venture towards the Crew's Quarters. This is towards the rear of the ship, the opposite end of the ship to the bridge, and make sure you're on the ground floor, where you'll also find some other useful facilities such as the Quick Change booth. 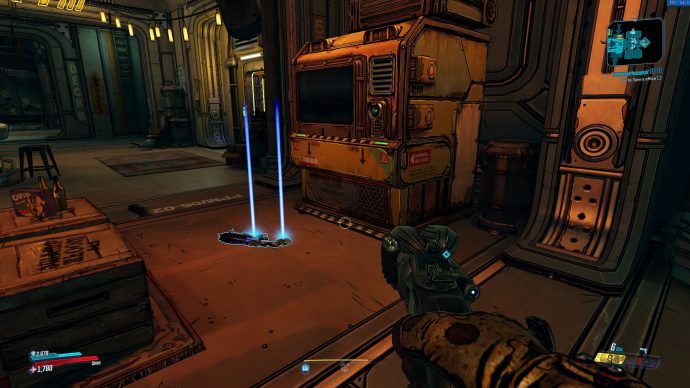 How the Lost Loot machine in Borderlands 3 works

To make use of the Lost Loot machine in Borderlands 3, a few things need to be done. First, make sure that if you're playing in co-op, that you set the co-op mode to "Group Mode - Cooperation". This will ensure that all loot you find is dropped specifically for you and that your teammates can't take it.

To ensure that you're on the right settings, make sure you do the following:

Once you've discovered the Lost Loot machine, you'll be able to save any items that are Blue, Purple, and Orange rarity colours. White and Green gear will not be saved, but then you probably won't want that anyway. It's also worth noting that if you pick something up and later put it down, the Lost Loot machine will not work [Thanks to the user "dafire" for clarifying this point]. 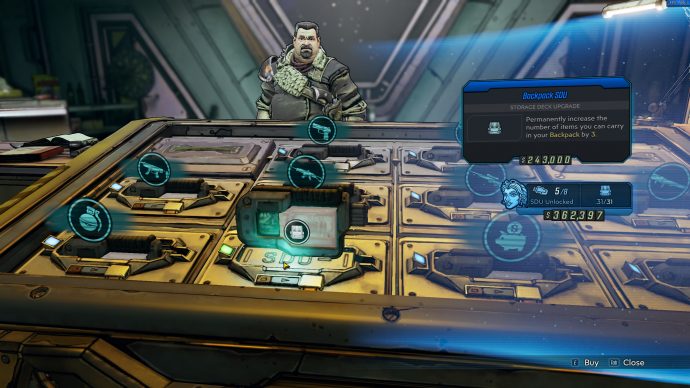 The Borderlands 3 Lost Loot machine is a thing of beauty, but there is a massive catch. It will only save a finite number of weapons and gear before it becomes full. To get more space in your Lost Loot machine, you'll need Lost Loot storage SDUs.

At the same time as the point where you can access the Lost Loot machine, you'll also be able to access Marcus' Munitions - a shop where you can purchase "Storage Deck Upgrades". Normally these increase ammunition that you can carry at a time, but there are also storage upgrades for the Bag, Bank, and relevantly for us, the Lost Loot storage.

You'll be able to buy eight upgrades per SDU type, each of which will increase in price after each SDU purchase. The first few of these upgrades will cost a fraction of how much they'll cost when you buy later SDUs. From as low as 1000 credits to as much as 81,000. You'll need to prioritise which SDUs to purchase first.