The thrill of corn beneath your fingers. The drama of a well-executed tractor turn. The hush that falls over the crowd as players begin to reap their harvests. That’s right, Farming Simulator League, the competitive digital agriculture we’ve all been waiting for, has finally kicked off. Teams of three compete to prove themselves the very best efarmers around, growing, harvesting, and depositing hay to gather as many points as possible.

If you’re not familiar with competitive Farming Simulator, worry not. Here’s a tutorial video to get you acquainted.

Step one, decide what colour of check button-down you’re going to wear, got it.

Step two, the pick and ban phase. Oh, you thought this was a joke esport? Absolutely not. Some tractors have “narrow tires” or “are simply very fast,” so take that meta into account and decide what you’re going to exclude from the game. Now we pick “power plays,” which are basically additional buffs. 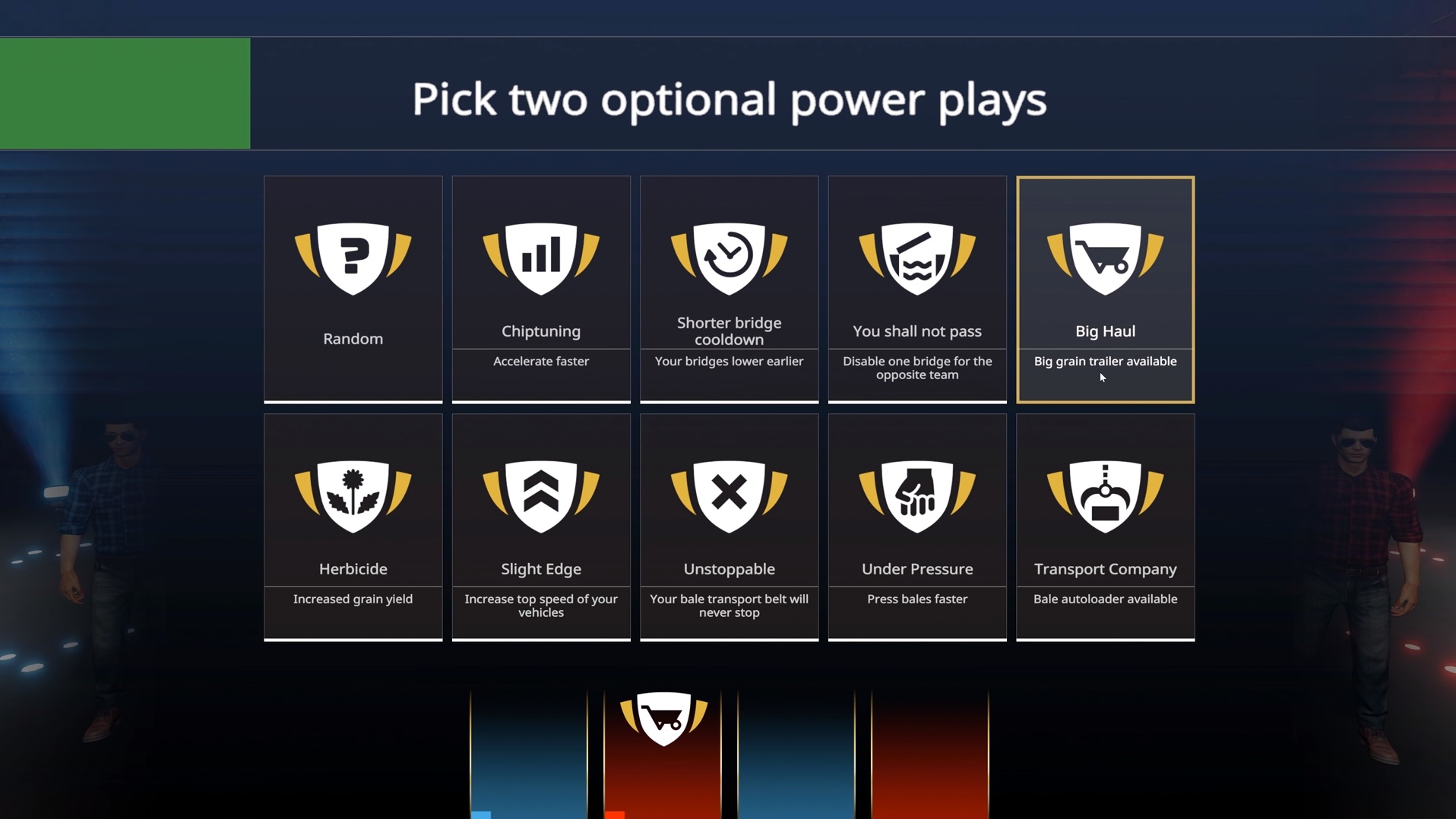 This voiceover man assumes some familiarity on the part of the viewer that is a little optimistic, saying things like “teleporting is disabled.” Apparently there’s teleporting in Farming Simulator 19? Can farmers teleport? Have we just discovered some horribly-kept secret?

He also casually explains the “rush tactic,” which is when you steal away all the harvesters or bailers so that your opposing team is stranded in their field empty-handed. This hoarding strategy has apparently worked at least once already, to “brutal” effect.

Krone rushes down, grabs all 4 harvesters and gets the rush win. That was brutal

If you don’t go for that tactic, though, things get complicated. You’re basically trying to harvest and deliver hay bales, but there’s a lot else going on besides, like a score multiplier tied to how much wheat you deliver to a nearby town. But that multiplier also messes with other things, like how quickly your bale conveyer moves. Then there’s buffs that drop in the middle of the game, affecting both teams.

It’s honestly delightful to see how this sweet, pastoral game has been turned into a cutthroat esport, full of ways to complicate its strategy. But I wouldn’t worry too much if any of these mechanics are confusing. The commentators will do their best to explain, but I’ve seen the first game on Twitch and since the scores are posted at the top of the screen and the team with the highest score after 15 minutes wins, so you can just watch the numbers go up. I know it’s supposed to be dramatic and nailbiting but actually I think it’s just a very satisfying thing to watch over a cup of tea.

Things are a little bit ropey at times, but it’s nice to watch an earnest little competitive scene without the multi-million dollars of investment that some others have. This series stretches until the finals at FarmCon 2020, so I’m sure they’ll get slicker as time goes along. You can watch the finals streaming today on Twitch and Mixer (in English) or YouTube (in German), or put your feet up of an evening and catch the VODs later.