Giants Software have announced that Farming Simulator 19 is moving into esports with the launch of its own league this year. Yes, I was also confused.

It seems that following the success of the first series of Farming Simulator Championships last year, Giants Software have created the franchise's first, fully-fledged esports league. Ten tournaments will take place across Europe in 2019, granting circuit points as well as other big rewards. At the end of the season, the best teams will fight (farm?) for the title of Farming Simulator Champion which will net them a not-too-shabby €100,000 (about £87,000) in prizes. The full prize pool for the season is €250,000 (£218k).

Okay, so that all makes sense but I've played Farming Simulator (and found myself actually enjoying it) but still, esports isn't something that immediately springs to mind when you think of farming. It's relaxing, not competitive and stressful. I mean, do you race combine harvesters across a field? Perhaps it's a challenge of wits, as players struggle to identify which bits of farming equipment are used for which purpose; perhaps points are deducted for how many times you have to return an item to the Store because it didn't do what you thought it would (cough)?

No. It seems that it's actually a lot more horrifying than that; the Farming Simulator Championships last year had competitors producing and stacking 20 straw bales into a bale cart in the shortest time possible. The new league will move away from competitive bale stacking, however, and move to a new 3v3 mode that will be added to the game in the near future. Giants say it will "stand true to its roots in farming and combine real field work like harvesting with fun and challenging game elements." 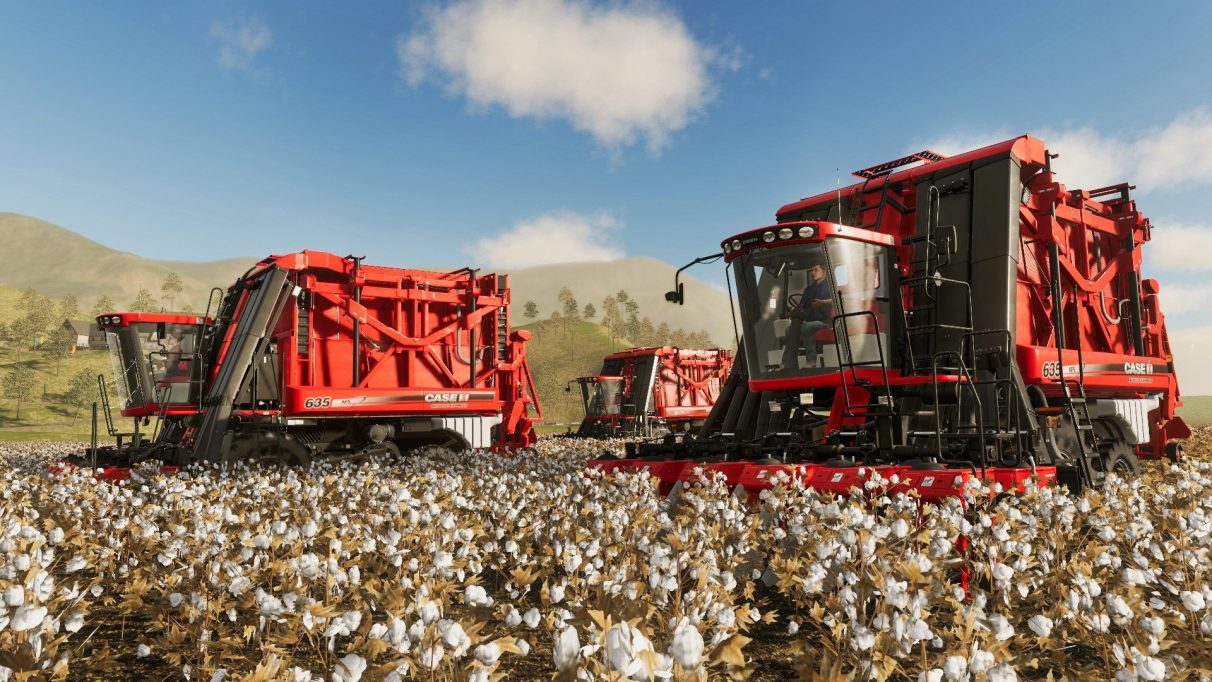 So while some may scoff at the news, I can only feel respect for those that play competitively. I've learned that there really is quite an art to Farming Simulator. Having to manoeuvre farm vehicles with some precision – both forwards and in reverse – honestly horrifies me. Even the admittedly simple task of transporting pallets of seed is certainly not without its challenges either. Or maybe that's just me.

"We have lots of eSports enthusiasts in our company who can't wait to show the world that farming can indeed be fun and competitive at the same time," explains Christian Ammann, CEO of Giants Software and manager of the esports division. "We believe we found the right mix of real farming and fun to play game elements to ensure everyone will find it entertaining."

You can check out the full announcement here.