During this week's E3, Cyberpunk 2077 developers CD Projekt Red released a new CG trailer starring Keanu Reeves, showed the game to press behind closed doors, and handed out some new screenshots. Two screens in particular were released via Nvidia to show off ray tracing effects, and both seem innocuous enough. One depicts what looks like a science lab, the other a neon-lit stairwell, but a second glance at the latter will reveal something else. There are three adverts on the wall, the middle of which depicts a sexualised trans woman, her body objectified and fetishised to sell an energy drink for a fictitious in-world corporation.

Let's give CDPR the benefit of the doubt for a moment, before I explain why this image is bad, and why any context given in the full game doesn't excuse the image released. 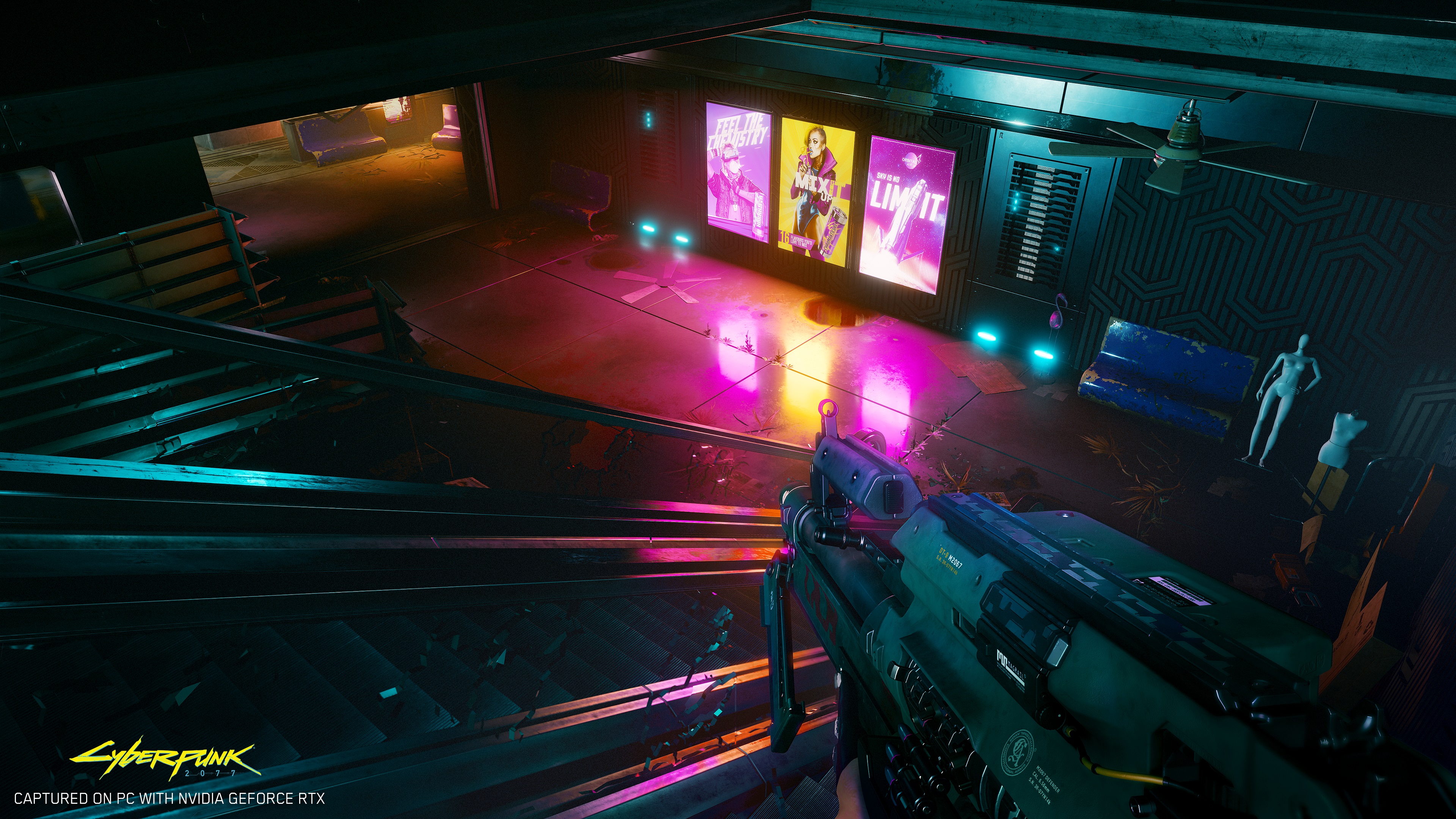 Let's pretend that CD Projekt Red don't already have a history of transphobic tweets. Let's put a pin in that and pretend we can engage with the game itself, on its own terms, in a vacuum.

The issue is that there's nothing about the way it appears framed in the game world that suggests we're supposed to be in on the joke. There's nothing there stopping the audience from just taking it completely at face value. The message, "trans women are objects for you to enjoy", is completely unfiltered.

Many people online have argued - and it's an argument backed by the artist of the image - that the poster is intended to be gross and exploitative. 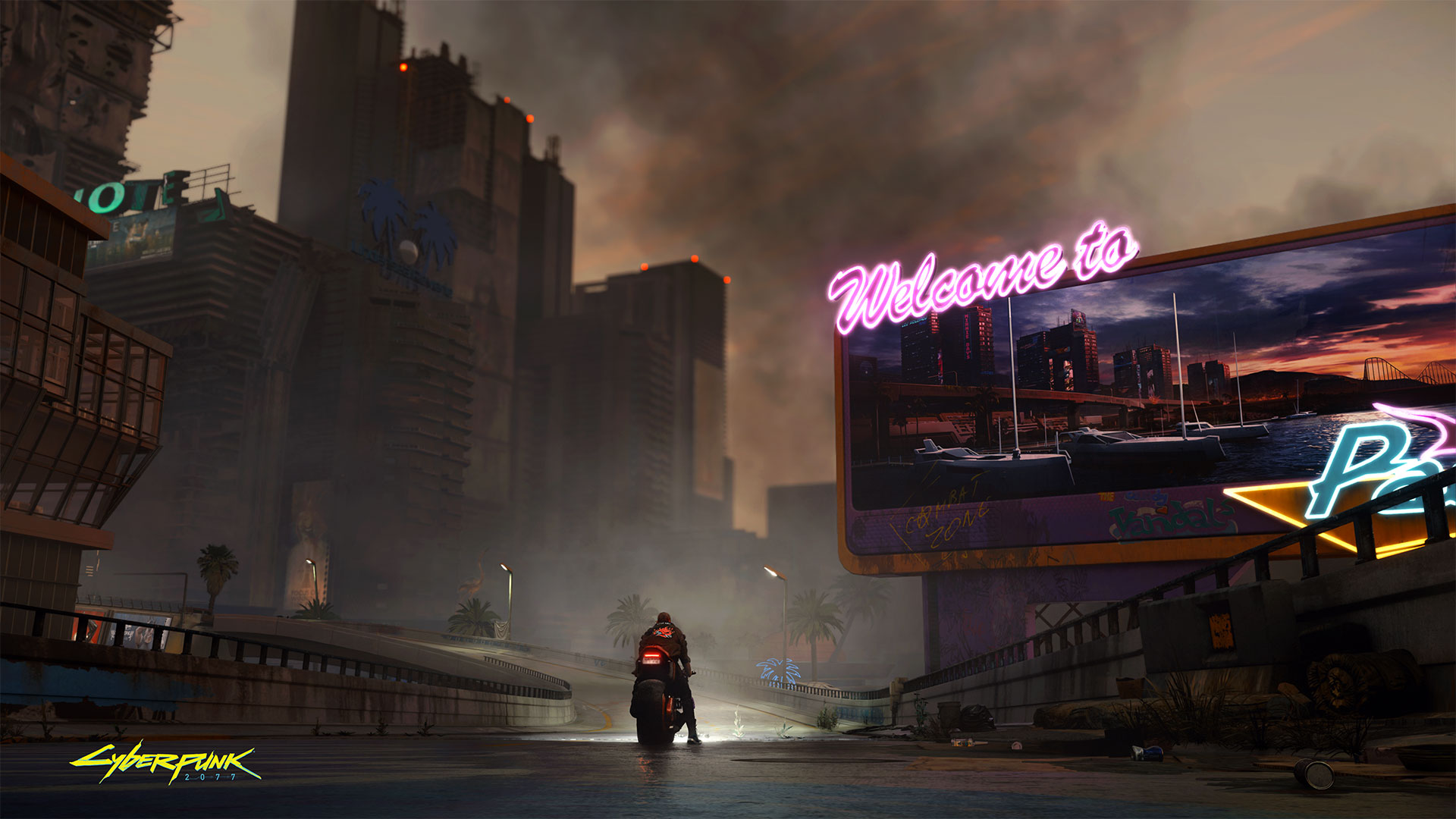 "It was meant to make people feel uncomfortable," art director (and the poster's designer) Kasia Redesiuk told Eurogamer. "Not because they're seeing someone with breasts and a penis, but because the body is being exploited. I didn't slap the penis there for people to laugh about it. There is a beautiful body there being used to sell soda."

The idea in isolation could work: there's no reason you can't depict trans women in a sexual manner. It's just, as with any kind of sexualization, there's a fine line between empowerment and objectification. It's not at all apparent from the image itself that we are supposed to be disgusted by the exploitation. Instead, it looks like an image you're supposed to laugh at, with trans people the victim of the joke.

The poster could work as part of a nuanced and critical bit of world building, if it's used in conjunction with a story willing to directly engage with the issue. Nothing shown so far even hints that this content exists in Cyberpunk 2077, and I doubt the game is going to make a significant detour to discuss and explore issues surrounding queer bodies.

But even if the game does wrap this image in all the context it needs, it doesn't change things now. 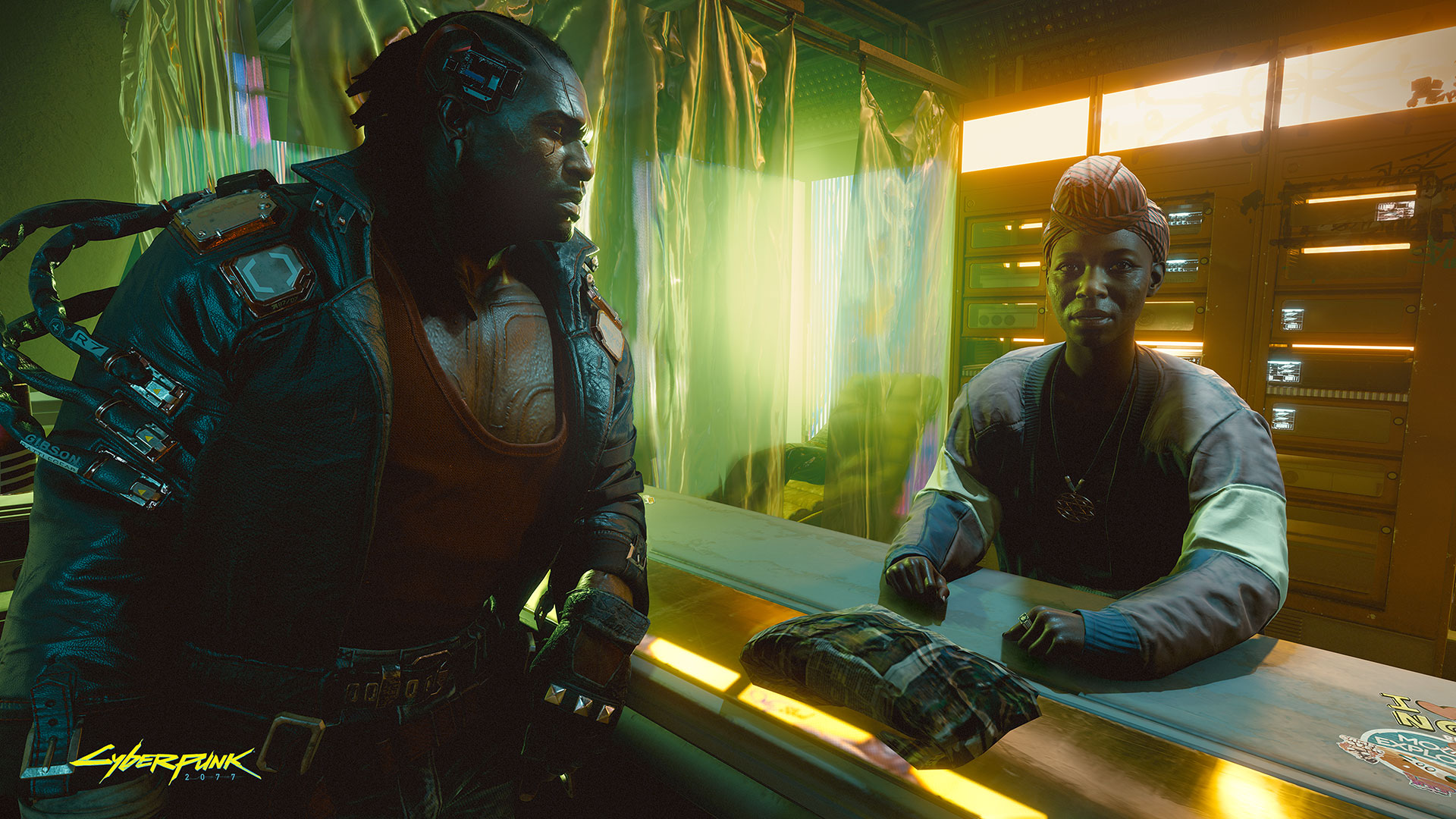 A lot of responses to this criticism have asked that people wait for the game to come out before passing judgement. If you want me to hold off on condemning the floaty feel of an alpha build's weapons then, sure, I can do that (though most previews would notably not let such an issue go without comment). But if you want me to reserve judgement on an image that is contributing to the oppression of trans folks already, then no, sorry, that's something that needs addressing sooner. This image is out there now, without challenge, without context, in its worst form. It contributes to a climate in which trans folks are already under attack, and it will continue to do so for months and months before the game finally releases.

Images like this may be minor in the grand scheme of obstacles facing trans people, but it's there, adding on to the pile, in a game sure to be played by millions of people. Those millions will likely be largely unfamiliar with the topics and issues surrounding trans representation. To make this even more frustrating, CD Projekt Red already touched on this topic so much better without anything remotely as explicit.

"The warble of a smitten knight" is a side-quest in The Witcher 3's Blood And Wine expansion. It involves a hopeful knight trying to earn the favour of “his” lady Vivienne, but she has a secret - well, a secret beside her complete disinterest in his unwarranted advances. She's cursed to transform into a bird under moonlight. She uses make-up to conceal the transformation's residual effects during the day.

The player can help Vivienne break the curse, but without passing it to someone else, Geralt's method will mean she only has a few years to live. She accepts anyway, in order to have control over her body and not to have to hide. Later in the game, you can find her having travelled to the city of Novigrad, ecstatic to finally be seeing the world.

It's not blatant, but this is a clear narrative about exerting agency over your identity and the power that comes from that. Sure, it's wrapped up in metaphor and players might not see this reading, but to its virtue they also won't pick up on a negative implication either.

I've gone this far trying to analyse the issue in isolation, but that's not how things work in reality. It's time to take the pin out of some context we mentioned earlier, though not the kind the artist assures us exists in the full game. Instead, I'm keenly aware that some major talent who worked on The Witcher 3 has since left the studio to go elsewhere. I'm aware of the troubling comments about the studio's crunch. We have reports from Matt about the game's apparent reliance on stereotypes, and concerns from last year about its major Latino character. And most relevant of all, I'm aware of the transphobic comment made from the game's official Twitter account, as discussed previously on RPS. In all this context, it's hard not to suspect that at best, CD Projekt Red are extremely ignorant of the connotations of their work, or worse, they are knowingly creating something which punches down. 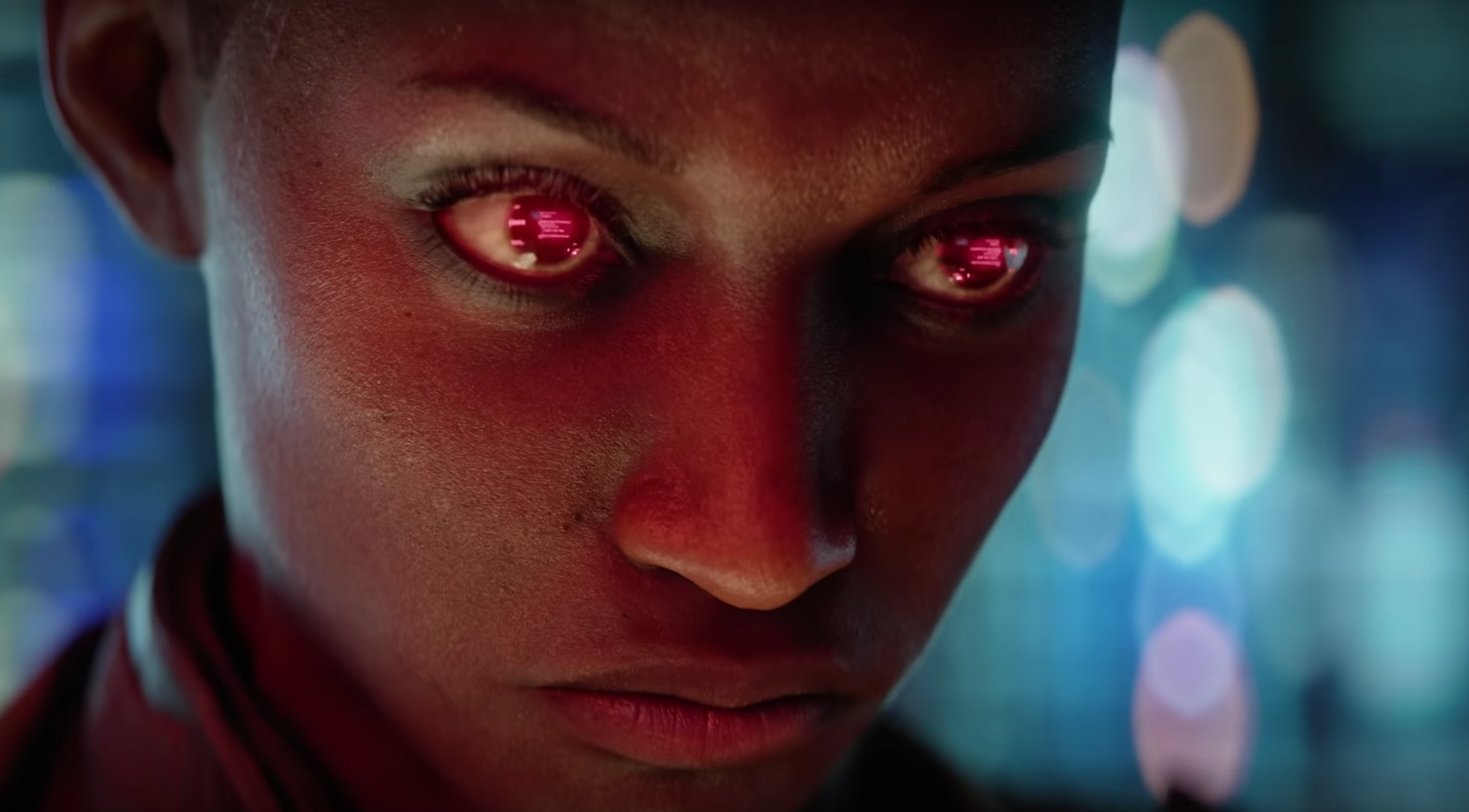 Quest director Mateusz Tomaszkiewicz recently told Gamasutra that they are now developing options for the player to create transgender or non-binary characters. “We want to do this thing where, as you create your character, after you choose the body type, you can, for example, use physical traits as you build your face that could be assigned to a man or a woman...”. There's no word on whether it will affect the story in any meaningful way or how it relates to the world they've created but it's a promising step in the right direction. Without anything to show however or any clue if this is an aspect they'll treat thoughtfully, it's nothing more than a promise.

Folks keep asking marginalised groups to give the benefit of the doubt, to wait patiently in the vain hope that the developer's won't fuck it up this time. Maybe they won't. In the mean time, transgender individuals will continue to face discrimination alongside all other queer folks. People of colour will continue to face oppression from every facet of society. So when images like this are handed out as marketing, then now is the time to address it. And now is the time to make the necessary changes and deliver a game worthy of the topics it apparently touches upon.

If you're excited for Cyberpunk 2077 regardless - and I know full well it's going to sell millions of copies - please know I'm not here to tell you not to buy the game or to stop enjoying it. I am asking instead if you could please engage with this issue, in Cyberpunk 2077 and beyond. There are groups of people who need your support, who could use your amplification of their voices and whose lives you could help change. You wanna fight an actual dystopian future? Well, that's how.