The PC version of Death Stranding is finally here. To make up for the long wait, there is some Half-Life stuff that has been added to the game. To get the items, you'll need to find companion cubes with clues to their locations hidden in emails.

While the most intriguing inclusion is the gravity glove thanks to its ability to drag in items from a short distance away from Sam, it's not the only item available and we will be showing off how to get all of them.

There's six Half-Life related items in the game. Here's what that we know of so far of the cube locations and what the items do. 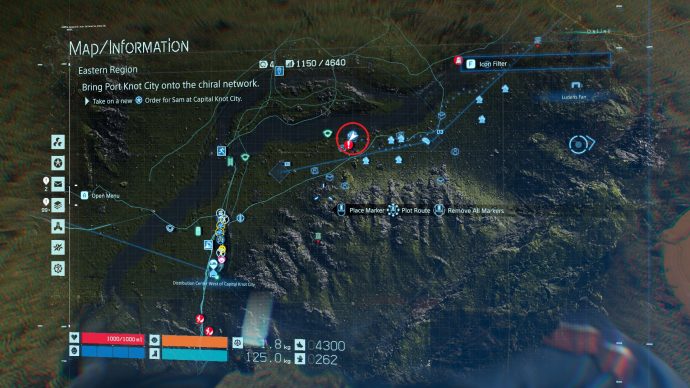 The email to get the first companion cube appears during [Order 11] Urgent Resins.

To get Gordon's glasses, you need to look for the cube close to the river of Distribution Center West of Capital Knot City. Do not cross the river, instead follow it north and east. If you pass the first island, you've gone too far. 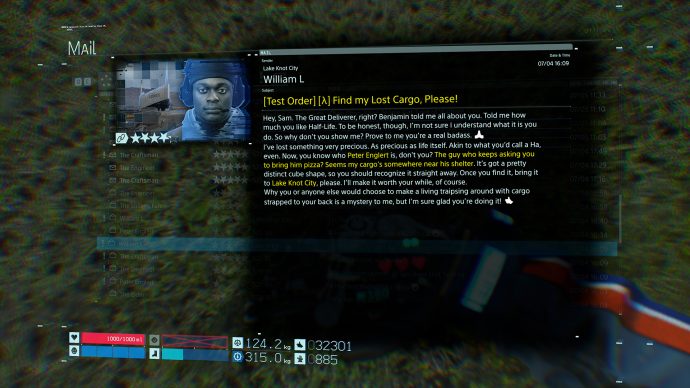 The message to find this cube appears during [Order 24] Prototype Bots Delivery.

To put the Valve on Sam's head, grab the companion cube from the camp near Peter Englert. It's just north-east of the ruined crater and the cube is next to his camp. Peter is the guy who keeps asking you to deliver pizza. After getting it, head to Lake Knot City and deliver it. 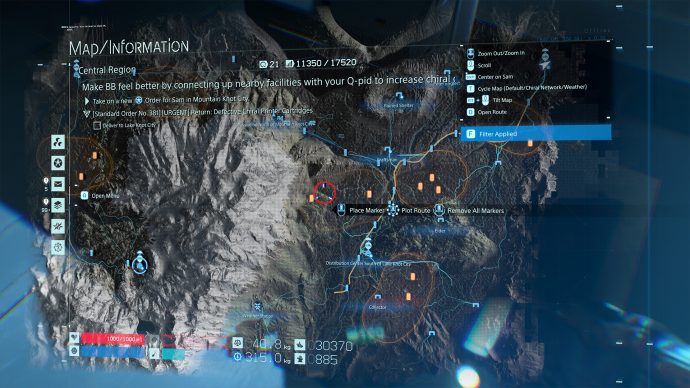 To get gravity gloves that allow you to pick up stuff from afar, get the companion cube that is north and slightly to the west of the Distribution Center South of Lake Knot City. You'll need to infiltrate a MULE camp in the mountains to find it towards the back of a tent.

Deliver it to the Distribution Center South of Lake Knot City to get the gloves. These gloves have a limited amount of charge, so make sure you recharge them at generators you can construct with PPTs if they run out of juice. 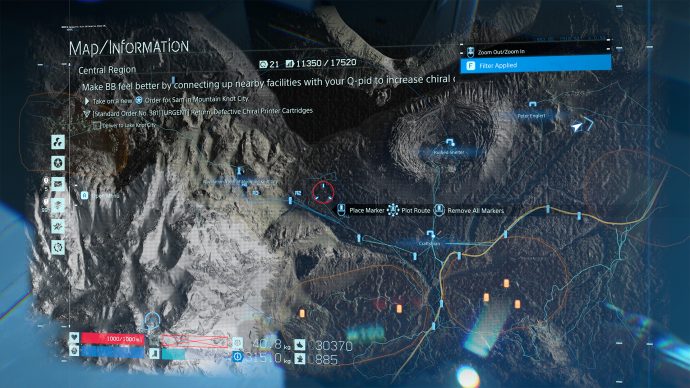 Arriving at Lake Knot City and picking up [Order 38] Emergency Provisions Delivery will also give you the fourth Half-Life cube email.

This Lambda vehicle decoration item is a reward for delivering the companion cube that is in the mountainous area to the east of Waystation North of Mountain Knot City. You'll see a ruined factory near the side of a highway if you head north-west from the Craftsman's shelter. It's next to a rusted forklift truck. You'll need to deliver it back to the Distribution Center South of Lake Knot City to get the Lambda decoration. 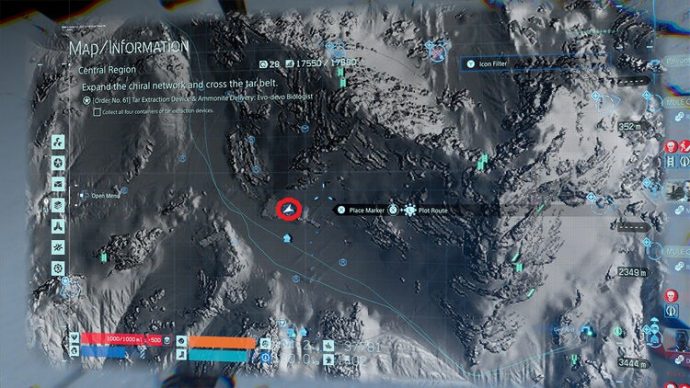 Right around when you pick up [Order 61] Tar Extraction Device & Ammonite Delivery, you'll see this email in your inbox from a Paleontologist.

You'll be sent to the mountains north of the shelter for this one. It's got an old ruin somewhere close to the heart-shaped lake. Be very careful navigating this area though as it is infested with BTs. Inside the ruins themselves you'll find the cube. Deliver the cube to bunker S41-22 to get the Wearable Headcrab which can drain your blood for stamina. Pretty good if you need to run just that little bit further. 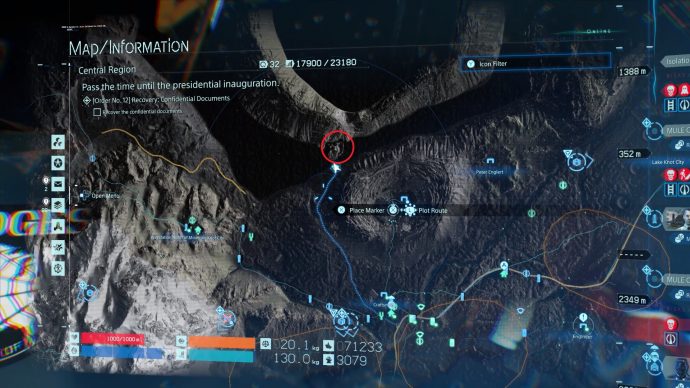 The final email that you get appears after you complete the game. You must also complete all the other Cube requests before taking on this one.

You'll get two emails. One is from an unknown sender and one is from Benjamin Hancock. Travel to Lake Knot City firs before heading to Middle Knot City crater.

Before heading out, make sure you have two ladders, 1000 Chiral crystals, and 800 metal. You'll thank yourself later. Drive down the road to the right and turn off when you get to the Craftsman's house. There's a dirt path around the crater that you can hug the edge of. You'll eventually find a bridge that needs to be built, so go ahead and make it.

Crossing the bridge will lead you into the crater. Scan the area to see where the cube is. This area is crawling with an unhealthy amount of BTs, so you'll need to be careful. Head to the right and up the cliff path. Keep walking across the ruined building until you find a gap. 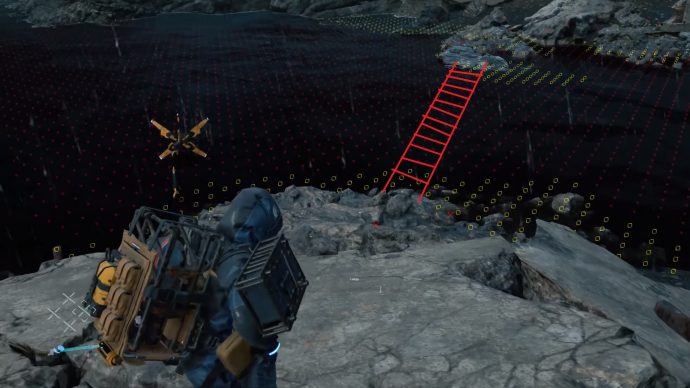 Once you've crossed the bridge, head to the right and you'll see the companion cube. It's surrounded by BTs, so dispose of them however you can. You will then need to head back, so make the ladder bridge again if it was destroyed, cross back over the bridge and drive to the Incinerator West of Knot City. Burn the companion cube to finish the mission. You'll get a Half-Life Combine Strider for your efforts, which you can attach to any structure you build yourself (like Watchtowers). 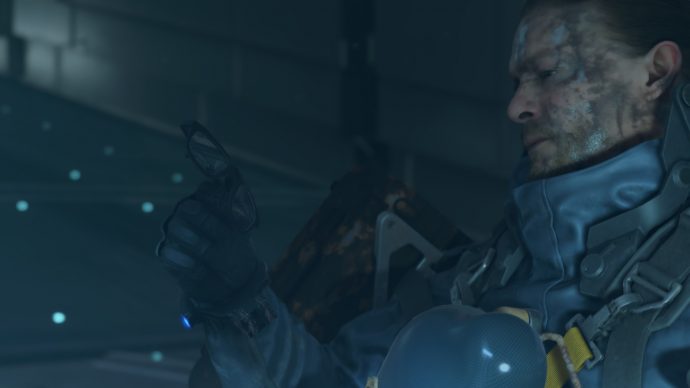 How to get the Half-Life items in Death Stranding

To get the Half-Life items, you'll need to complete certain quests in the PC version of Death Stranding. These are simple deliveries that require you to track down the Companion Cubes from Portal. 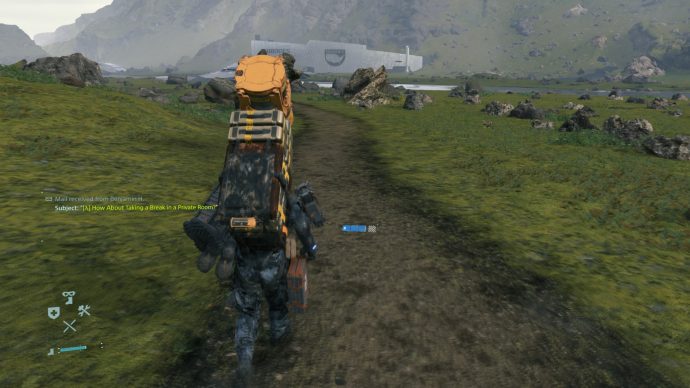 You first need to keep checking any notifications that appear on the left of your screen. This is until you see a message that has the Lambda symbol (λ) and is a lime green colour. These messages will appear in your inbox for new messages, accessed by your wristwatch. The first one will come from Benjamin H of "Distribution Center West of Capital Knot City". Rest up in the base and you'll receive a second one talking about a companion cube. 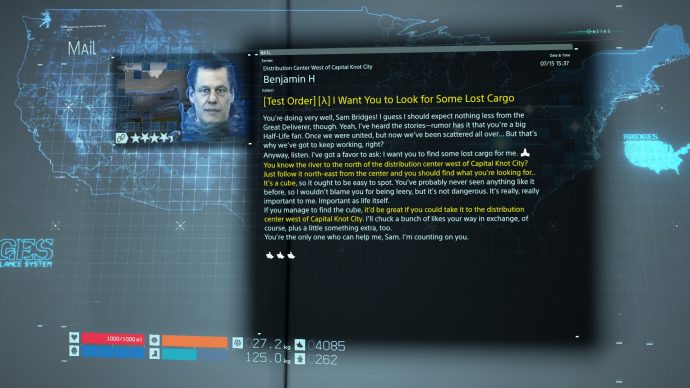 These locations shouldn't be too far from the location of the sender, in this case Distribution Center West of Capital Knot City, so head out into the world and follow the directions described. Use your Odradek scanner to find the companion cube. It's a large container, so I would recommend at least building a generator at Distribution Center West of Capital Knot City to recharge the bike first. 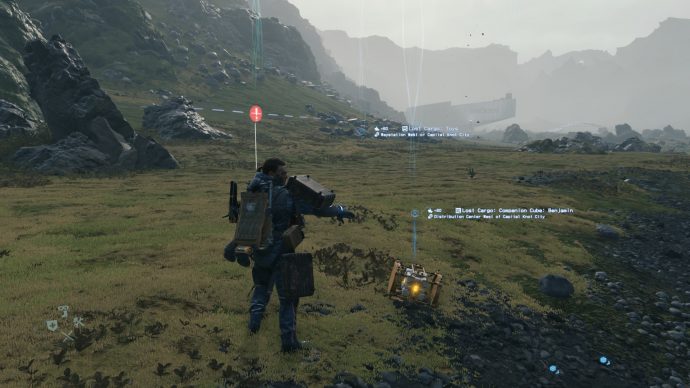 Notice they look very different to other cargo scattered around the area. Strap it onto your bike and deliver it to the location described on the item to receive your reward.

The first item we got was the Gordon Glasses, though the other five Half-Life items seem to be unlocked by completing very similar fetch quests. Just keep an eye for the green messages in your inbox to know when you can go for the next one. 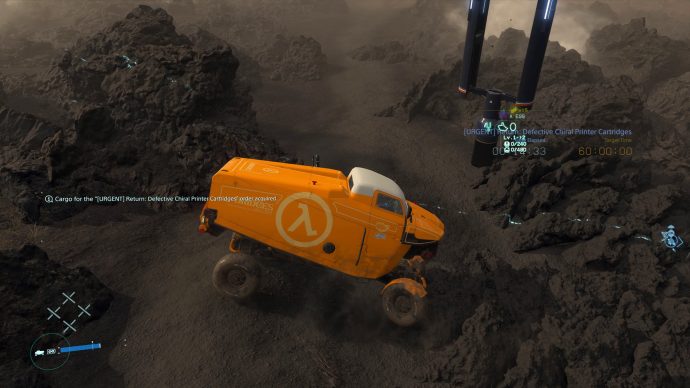 Can I only get the Half-Life in the Steam version?

If you bought the Epic Games Store version of Death Stranding, you will still have access to the Half-Life crossover stuff.

Thanks for reading our Death Stranding Half-Life items guide. These items are more of a novelty than anything else, but who would turn down the chance to use the gravity gloves to pick up stuff from a little further away?