Turns out, Dota Underlords is a liar. See, this whole time we were all effectively building two teams. One might be fighting the good fight out front, but it's only the defensive game playing out on my telly. Sure, I could beast out a player on my end screen, but it's possible enough unlucky rolls could make the away game play out completely differently.

It's not a huge deal, really. But there's a little disconnect when - even if I'm fighting your team - we're watching two entirely different games. Fortunately, that's no longer the case.

Last night's Head-to-Head update sorted that mess out. Like LoL's Teamfight Tactics, the game now pairs off players to properly duke it out in one-on-one battles. Both players involved are seeing the same fight, with the same stakes and the same outcome. You'll still fight clones if there's an odd number of players left, but it should add a bit more gravitas to each skirmish.

Those brawls now matter as much or as little as you like, though. Even with Matt's handy guide to Auto Battlers, I'm still a bit too rubbish to begin stressing over a performance-based number plummet.

I'll probably be stopping in on Dunderlords' new Casual mode - the game where everything's exactly the same but the points don't matter. Casual still matchmakes by skill level but lets you pop in with pals, messing with builds or chasing down Proto Pass challenges with a little less stress.

Ranked itself has been tweaked, and you should now be able to see your number bouncing up and down based on last game's rankings. 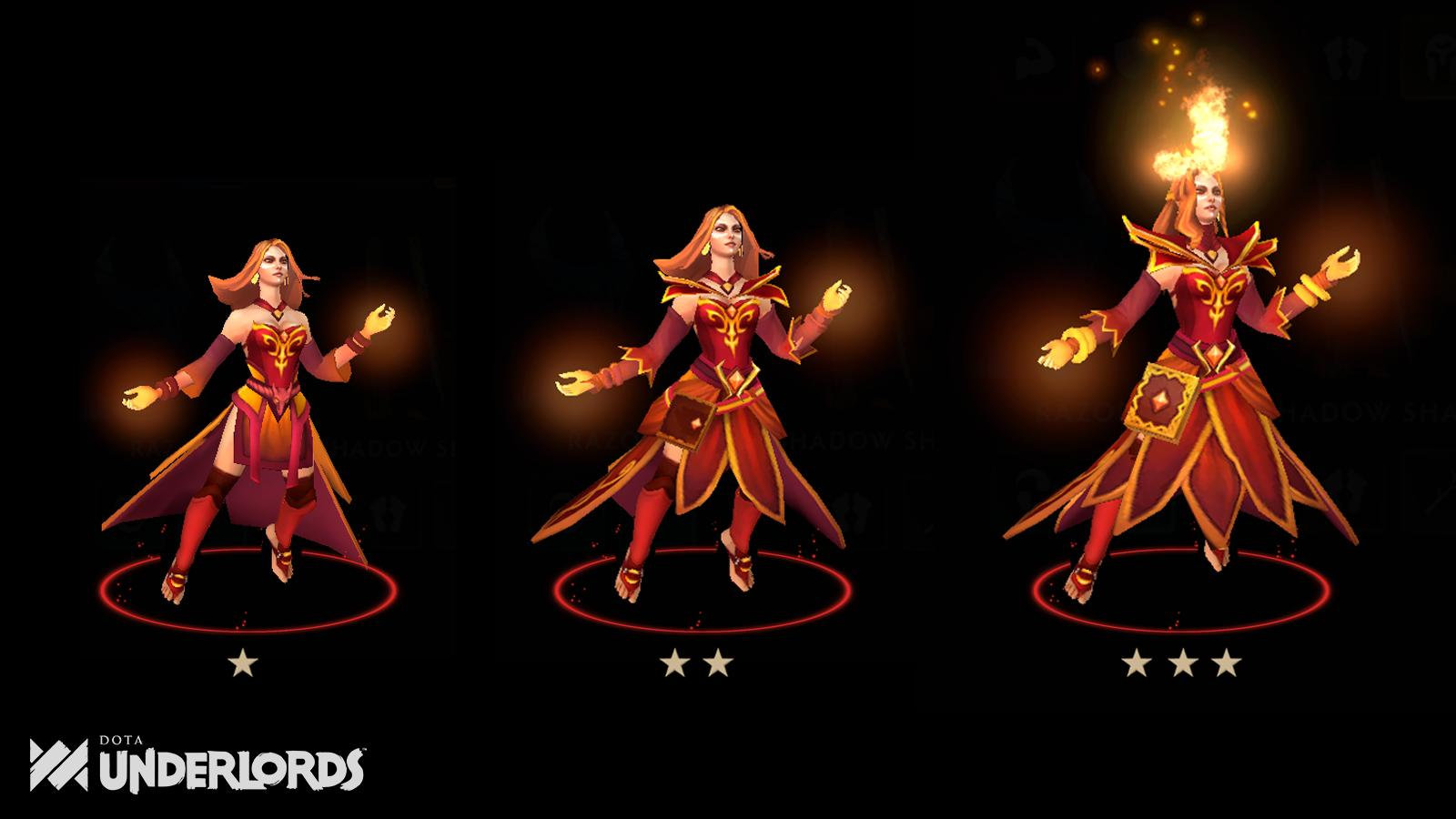 More importantly: Underlords is getting into fashion. 20 heroes including Lina, Tiny, Abbadon and Clockwerk have been given a 2- and 3-star makeover. Valve have revealed all of 2019's hot summer looks in two Twitter threads, with styles taken straight from Dota 2 Steam Workshop items.

These new looks don't appear to credit their original creators, and I hope they're being compensated correctly. I wouldn't be shocked if Dunderlords is preparing to launch its own Workshop hub to neaten things up.

There's the usual swarm of balances changes, UI fixes and bug squashing too. The full patch notes have an exhaustive list of everything that's been crammed into the new update.