If you click on a link and make a purchase we may receive a small commission. Read our editorial policy.
Premature Evaluation is the weekly column in which Steve Hogarty explores the wilds of early access. This week, he returns to the realm of the damned to see what's been goin' down in helltown.

Let’s take another look at Hades, the rogue-ish-action-hack-n-slash-n-chat-em-up by Supergiant Games, developers of Bastion and Transistor, in which you play Zagreus, the immortal son of the lord of the underworld on a quest to repeatedly run away from home. Home, in this case, is a giant-ass castle in helltown where the tortured souls of the deceased languish while they await processing, like an infernal waiting room or a less depressing version of Digbeth Coach Station. Yeah, that’s right Birmingham, your dumb coach station is whatever the building equivalent of abject misery is. The toilets cost 30p and they don’t give change. I once saw a rat eating a pigeon there.

When I last pointed my Premature Evaluation telescope at Hades one year ago, it was already extremely good, cursing me with a misplaced confidence in the quality of early access games that was then cruelly eroded over the course of 2019 by the confusing parade of broken shite that followed. There was that janky pirate MMO where whales fall out of the sky, and the one I’m still not totally sure wasn’t a fever dream, in which unwashed train drivers ate crisps out of bins and sold red wine to distressed women in alleyways. 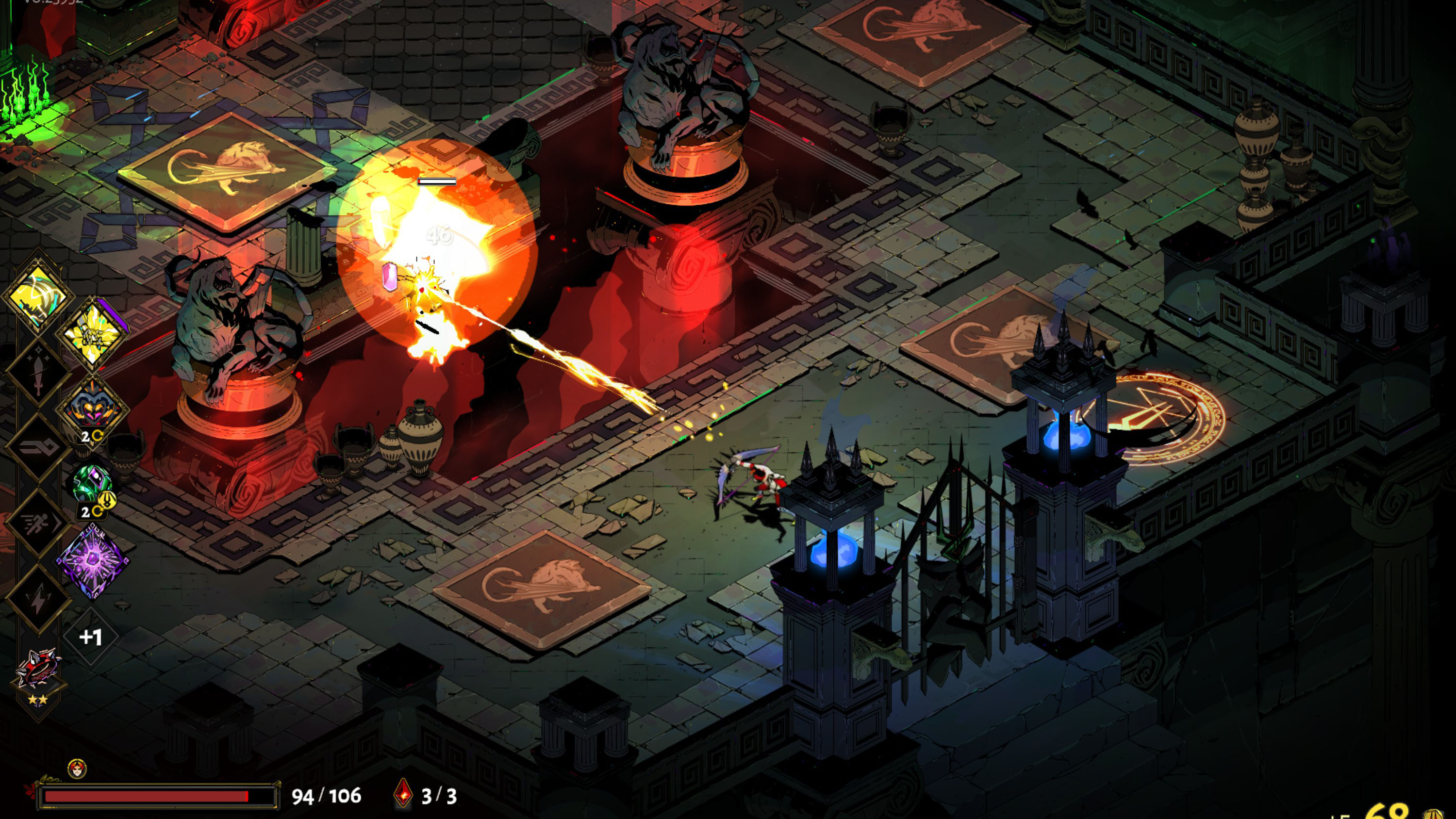 Among that little mess Hades stood out, an intelligent and well-constructed rogue-lite in which each death makes you a little bit stronger and wiser, set in a richly illustrated world of Greek epics and commanding sharp and well-acted dialogue. Jay nailed the point that Hades is particularly suited to early access development, not only because the dynamic, randomised layout of Tartarus and beyond forms the ideal foundation for plugging more content into, but because the oral tradition of Hellenic myth itself has undefined edges. Gods come into and go out of fashion, names and locations change over generations, Cerberus gets more and more heads depending on how excitable the storyteller is. Greek myth never made it to version one. The Pantheon would have had one of those little animated “under construction” gifs nailed to a pillar and a Discord channel to submit bug reports.

So what’s changed in the time since Hades launched on the Epic Store? A whole heap of delicious things. Multiple major updates have landed, some adding obvious improvements such as the third act in Elysium, a final stage and an actual ending, others ushering in a slew of subtle tweaks designed to make the thing better in ways that are tricky to place a finger on. The dash move has been finessed ever so slightly, for example, but the results are profound. Avoiding enemies by skirting past them on a handful of invincibility frames is now an unalloyed thrill, thanks to whatever new alchemic algorithms have been inserted into the game’s underlying code. If Hades were just dodging things forever next to some pretty underworld urns, I would still breathlessly praise it. 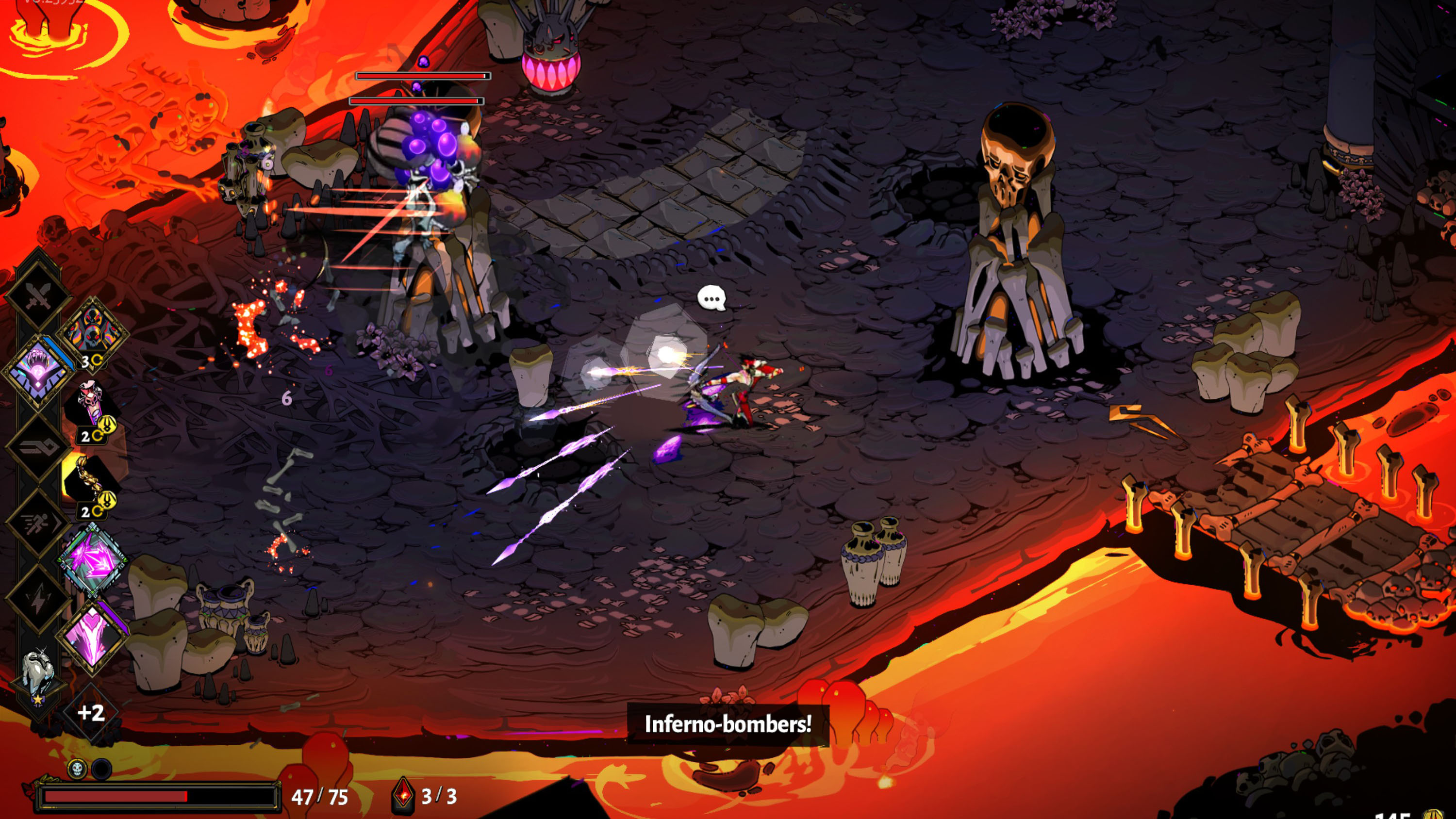 There are new friendly Olympians to encounter on each run, and the boons they grant have greatly expanded in their selection. These randomised power-ups are reset each time you’re killed, allowing you to shape an entirely new build with each attempted run by choosing your path through the shifting maze of levels and picking bonuses that complement or compound one another. New to the Pantheon is the likes of Dionysus – the God of Cracking Open a Couple of Cold Ones With The Boys – whose poison-themed boons include a grenade that makes enemies pissed and sluggish.

The enlarged roster of gods and their associated buffs also brings with it the reams upon reams of contextual, fully-voiced dialogue for which Supergiant is best known. Boss characters will pass idle comment on your particular choice of boons for instance, mouthing off about Achilles or wondering how you’ve made it to the end of the first area without managing to pick up any Daedalus Hammer weapon upgrades. Zagreus, who sounds less like the wayward son of Hades and more like he’s on a gap year to the seventh circle of hell, still says “cheers” and “mate” like a Bullingdon boy attempting to blend in on a pacer train to Buxton, like Eddie Redmayne ordering a Greggs sausage roll, like Colin Firth making small talk with the guy fixing his clogged up toilet. 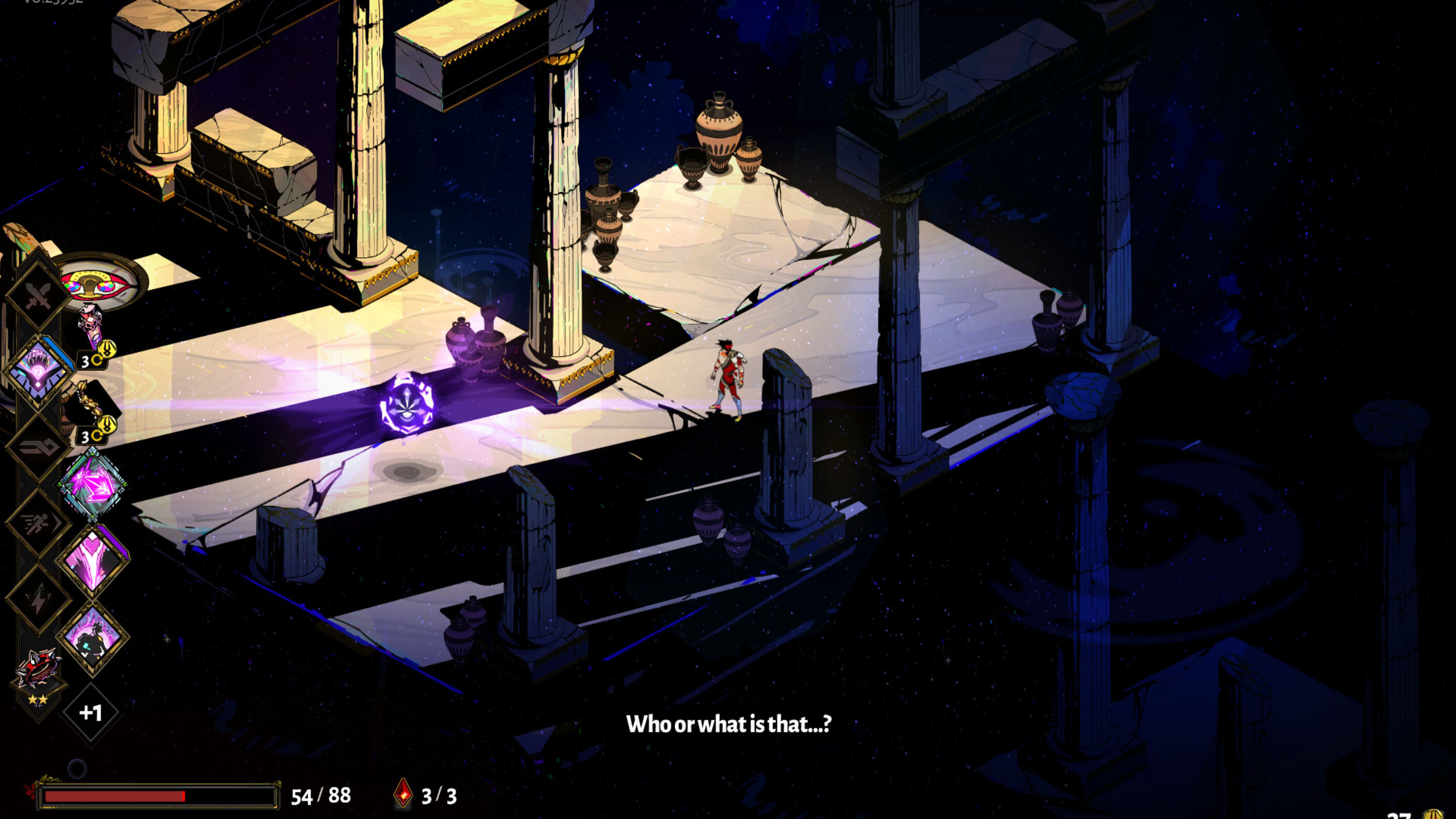 A more recent addition panders to the feebly skilled player: a god mode that reinforces Zagreus with a 20 percent armour buff, which increments after each death until your shameful lack of ability is sufficiently neutralised. Such brazen hand-holding is nothing short of treachery to that cultish group of purists who’ve built an identity around being Very Good At Games, but Hades implements its easy mode well enough that it could well be the game’s default setting, dynamically lowering the barrier to entry just enough to appeal to those time-strapped players who want to more easily muck about in the richly realised world Supergiant has created. At the other end of the spectrum is a newly introduced, bastard-hard hell mode for the chronically underchallenged player.

Supergiant is being modest in their versioning. Hades is on course to leave early access in the second half of 2020, but feels finished already. The scaffolding is down, the paint is drying and after twenty, thirty and sixty runs you’ll have explored just a fraction of the heaving cauldron of boons, builds, keepsakes and chit-chat the underworld has to offer. Hades is a shining example of early access done right, a fluid and evolving adventure that, rather than treat its most loyal fans as unpaid playtesters, rewards and surprises returning players with great big hot guffs of lovely new stuff on a near monthly basis. Now’s the time to dive into it.