Today is the 75th anniversary of the first publication of George Orwell's Animal Farm, perhaps the most distressing book for a kid to pick from their parents' shelves when looking for a nice story about horses. In celebration, an official video game adaptation was of Animal Farm has been announced. News of a beloved work of literature becoming a video game should inspired a wariness (thanks, Dante's Inferno) but this one does sound promising. For starters, Orwell's Animal Farm is being made by the creators of Reigns with Failbetter's Emily Short.

Orwell's book is a satire of Stalinist Russia, about farm animals who overthrow the farmer, declare equality, run the farm themselves, and slowly slide into violent, decadent, and authoritarian regime. Today's announcement explains that we'll be trying to "balance resources, defend the farm, and keep the animal population happy" by following or ignoring the desires of different animals. Which sounds like it'll have different outcomes, so maybe there's hope for old Boxer yet.

The game is being made by Reigns studio Nerial with Failbetter creative director Emily Short (also a fine interactive fiction writer on her own). Some good pedigree there. The narrator is Abubakar Salim, voice of Bayek in Assassin's Creed: Origins. And it's published by The Dairymen, who are Bossa Studios founder Imre Jele and AppyNation founder Andy Payne.

"When we got the opportunity to work with Imre, Andy and the estate of George Orwell to bring Animal Farm to a gaming audience we grabbed it with both hands and set out to make a game that truly honours Orwell's parable," Nerial founder Tamara Alliot said. "We were able to bring our genre experience to the project thanks to Reigns, and writer, Emily Short was excited to adapt the text and use her narrative design prowess. Emily has painstakingly studied Orwell's text to ensure authenticity and verisimilitude." 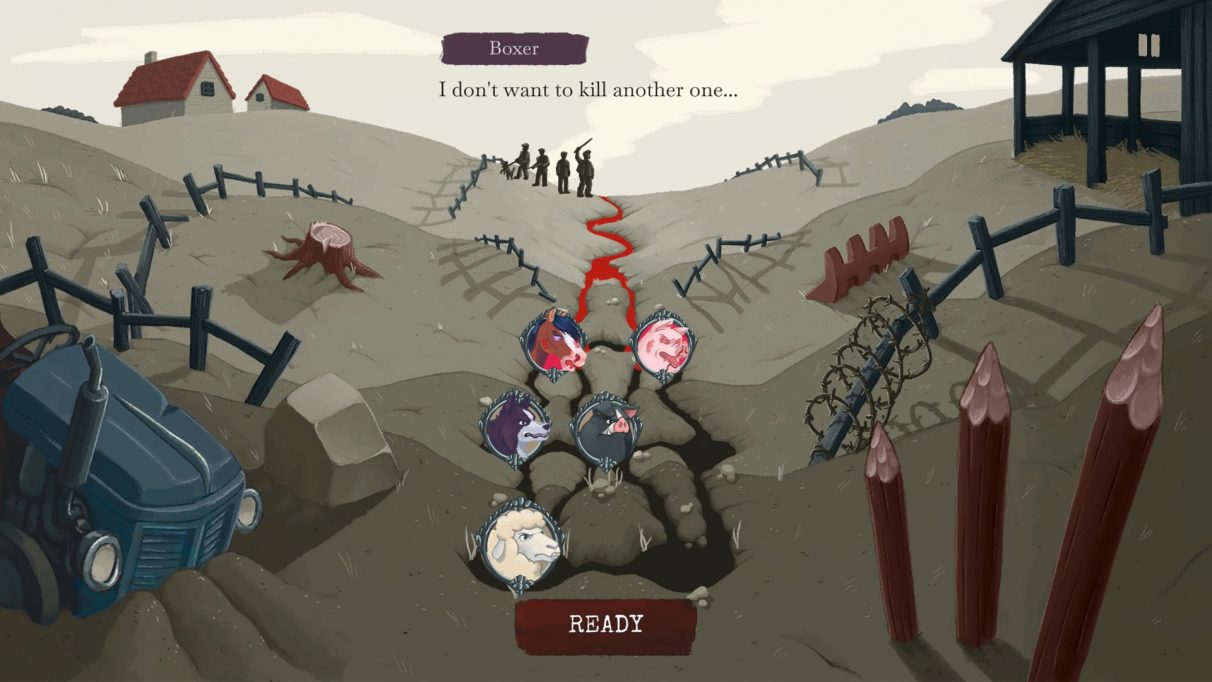 Animal Farm is coming to Steam this autumn. It'll also be on mobile doodads.

Video games recreating classics of other mediums does often seem weird. It can feel like we're still desperate to ride their respect towards legitimacy, which we shouldn't be. We can create our own stories. But using well-known tales can also be powerful, like how the sublime 80 Days rebuilt and retold Verne's globetrotting adventure as anti-colonialist. Some good folks are making Animal Farm so I am certainly interested in this one.

Right then, who's going to continue my childhood literary trauma with a Watership Down game boasting ragdolling rabbits and PhysX fluid-simulated blood?

Disclosure: Emily Short wrote an interactive fiction column for RPS, IF Only. It's still good. You should still read it.