The Overwatch League is on a break at the moment. A lull in the action, though, is often the best time to look back at what's changed, and forward at what might.

This is especially true considering the departure of League Commissioner Nate Nanzer to Epic Games, raising questions about what that could mean for both Overwatch and Fortnite. When I interviewed Nanzer last year, he was optimistic about change, pointing out that shifting metas and new heroes was one way that esports is very different from traditional sports. “I think there are some people who view that as, ‘oh, isn’t that a problem that things are changing?’” he said. “But, that’s actually awesome.”

One of the biggest changes approaching the Overwatch League, of course, is geolocation. Next year, teams are supposed to play from their home cities, though how exactly it’ll work still remains a mystery. Nanzer leaving in what is presumably the middle of these details being established isn’t necessarily a comforting sign, though I’m sure there are a legion of lesser-known employees trying to make it work who simply don’t get the spotlight in the way Nanzer did.

Geolocation isn’t top of most people’s desired change list, however. These last few months, it’s been the much maligned Goats meta. The three-tank, three-support composition first made its appearance in the lower leagues a year ago this week, with other teams quickly joining the bandwagon.

Goats is both more flexible and less prevalent than many seem to believe. Shanghai Dragons, for example, rarely played it at all in the last stage, preferring a composition centred around the sneaky hacker Sombra. But here, too, things remain the same – far from looking to her as the answer to a stale meta, people detest her for being “low-skill, high impact.” If that sounds familiar, it’s the exact same accusations levelled (unfairly) at Mercy and Symmetra before they were massively overhauled. 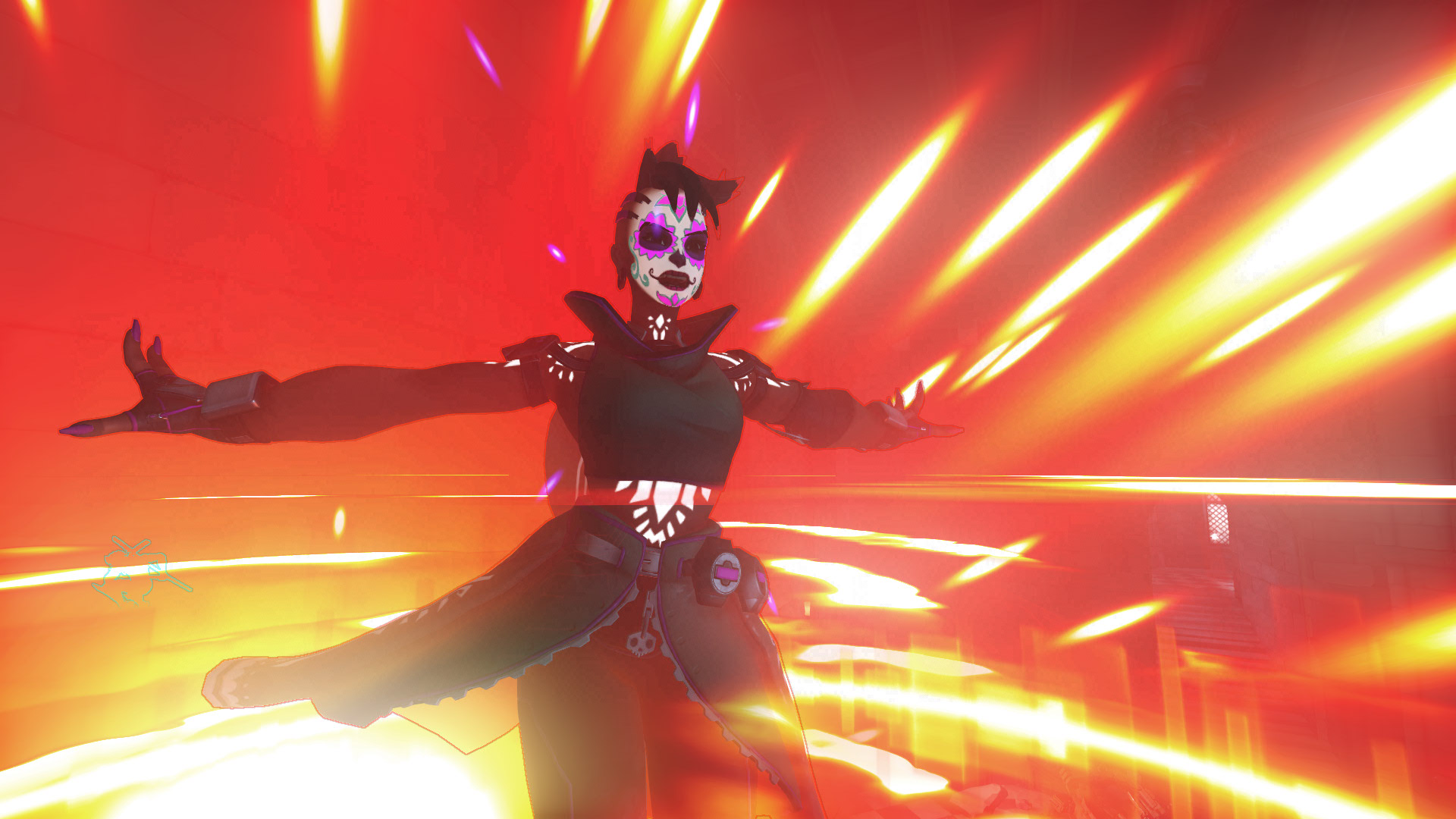 Still, Goats is pretty well entrenched, and it doesn’t seem likely that anything will undo that before stage 3. Part of this, though, is that it’s simply what teams have practiced. In the minor league, the most recent victors, Element Mystic, won with a 2-2-2 composition, proving that it is possible. Shaking up the Overwatch League meta is more complicated than simply making dramatic balance changes. When change is forced, it can have unintended consequences. Just ask Mercy.

Speaking of the Shanghai Dragons, they’ve made a huge change this year by actually winning games. They also mixed up almost their entire roster between the inaugural season and the current one, with essentially only Kim “Geguri” Seyeon staying on. Though she doesn’t play every game anymore, she remains in the rotation, and was part of the team that secured their first victory (as well as others). And yet some would have you believe that Geguri being benched was the single causal effect of Shanghai beginning to win. The more things change, the more they stay the same.

But winning isn't everything. I’ve spoken to friends who say they find it harder to support Shanghai when Geguri isn’t playing. (The same goes for other top, but currently benched, players like New York’s Park “Saebyeolbe” Jongryeol or Philadelphia’s Joona "Fragi" Laine.) There’s also the question asked by Nico Deyo and Eric Van Allen at Waypoint: what does the Dragons becoming a winning team mean for them when their identity was losing?

I was genuinely curious about where I would fall on these questions. It turns out that I love Shanghai beyond Geguri and their being the underdog team. But given a long enough timescale, that could well change too. I remember going to football games as a kid and hearing chants of “I’m [team name] ‘till I die!” and thinking that was all a bit dramatic. Same thing applies here.

Moving on from the existential nature of the ever forward march of time, last week was the All Stars celebration. It was mainly an excuse for some of the most popular players to goof off, playing weird game modes and team compositions. By far the best bit was the Widowmaker vs Widowmaker 1v1s, where top players faced off as the deadly sniper. Several of them weren’t Widow mains, but instead Zenyatta players, and hey, this is a League that knows how to root for an underdog.

Bang “Jjonak” Sunghyeon, commonly considered the best Zen in the League, faced off against teammate Kim “Pine” Dohyeon. The latter, a top Widow player, was left lonely on his side of the stage as everyone crowded around Jjonak. When he took a kill, they descended on him like a rugby scrum.

(You can also hear some pointed criticism of Blizzard “trying not to oversexualize the female characters” Entertainment, which is warranted when you’re spending this much time looking at Widowmaker’s incomprehensible get-up, even if you’re a caster in their League.)

Jjonak also repaid the favour after Pine advanced and faced another New York teammate, Jeong “Nenne” Yeonkwan. You’ll probably want to watch this one twice, first for the tense battle and then again to focus on Jjonak’s many expressions.

Stage 3 begins on Thursday 6th/Friday 7th of June depending where you are in the world. San Francisco Shock will kick off the action, fresh from their stage 2 victory. Will they be able to pull off another “golden” stage, not losing a single map? Atlanta Reign will be hoping not, though their first week is incredibly rough as they later face Shock’s finalist rivals Vancouver Titans.

Reign will also be hosting a local event later on in the stage, like Dallas Fuel did a few weeks ago. These tiny steps towards geolocation are demonstrating that change doesn’t come all at once; we’ve still got a little while left for some dry runs. Hopefully the power won’t go out in Atlanta like it did in Dallas.

I don’t have an especially witty clip this week, so instead I’m sharing with you the single most watched clip of Overwatch League: the fever dream that was DJ Khaled performing at last year’s finals. Presumably people keep coming back to this one to check that it actually happened. It doesn’t even include the best bit, which was him yelling “Overwatch me!” right before this moment. I’m already looking forward to seeing who they get for finals this year, and whether this will be an example of major change or unfortunate repetition.