We talk a lot here about the people who make the Overwatch League go around: players, staff, casters, analysts, production crews, photographers, and so on. It’s sometimes easy to forget, though, that any sport is also propped up by its fans, for better and for worse. This week, that fact was brought to the forefront by one retirement, one hometown clash, and a lot of questions about the future.

Firstly, Washington Justice general manager Kate Mitchell announced that she’ll be stepping down at the end of this stage. One of very few people in Overwatch esports who was a woman or openly LGBTQ+, let alone both, she wrote that she had “been confronted with toxicity and casual cruelty from strangers that outpaced anything I saw in years in gaming and politics, especially from people on Reddit.”

“I wanted nothing more than to ‘power through’ and succeed in the face of adversity and blaze a trail for other LGBT women to follow me in this space,” she continued. “But facing this away from my family and my home turned out to be bigger challenge than I was able to take on – I saw myself, like many in this league, facing frequent panic attacks and needing to see a therapist for anxiety for the first time in five years.”

There is nothing to say that hasn’t already been said about the negativity faced by women in games and esports. Mitchell was the centre of, as she puts it, “a culture where fans delight in the pain and ‘juice’ from voyeuristically watching for negative moments in the professional careers of players and staff.” It’s also a culture where women are held under a much finer microscope than their male counterparts; where reports of Mitchell’s alleged mistakes were taken as gospel and used as justification to attack her while other stories of mismanagement skated by without a peep. And it’s hardly an isolated incident. Remember that the only female player in the League, Kim “Geguri” Seyeon was threatened with violence because an opposing team assumed (incorrectly) that she was cheating. 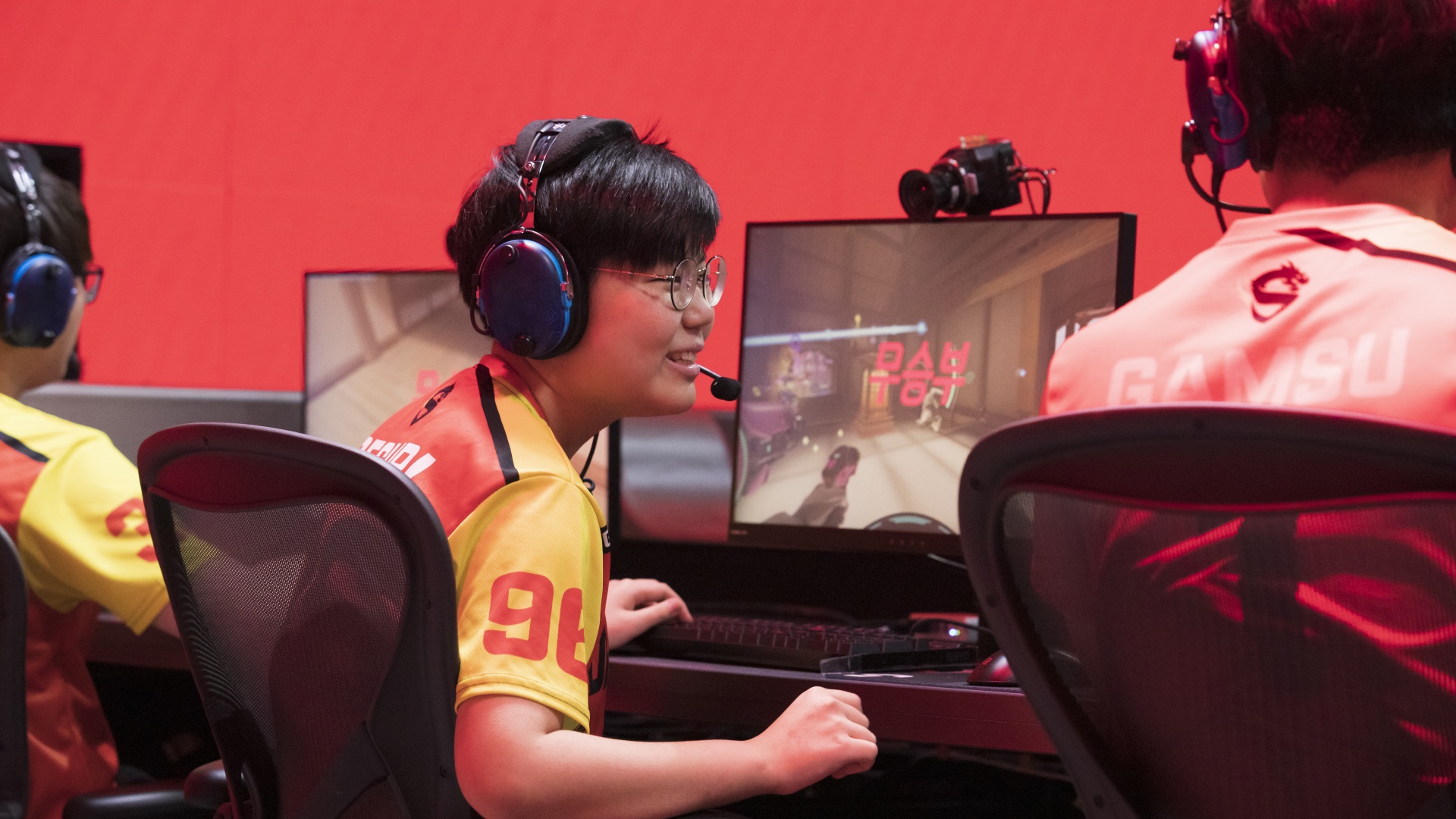 The Overwatch League isn't ruled by this minor segment of its fans, though it does need to reckon with them. That was displayed in an interview with Geguri herself this week, in which Danny Lim asked her about her excellent Tweets, whether she gets homesick (no, but she thinks about Korean food all the time), and her goals for the season.

Then Lim says she must be one of the top five players in the League in terms of fanbase and asks why she thinks that is. Geguri laughs. “It's too obvious. Because I am unique. Because there are no other female players, I think that’s why I’ve been getting a lot of attention.”

It’s obviously true, if only part of the story. But it’s something Geguri has previously been reluctant to acknowledge. While understandable, that made it difficult for female fans who want to discuss her as the inspiration that she is.

But it seems that Geguri has come around on the idea after a year in the League. “I feel like that could be a burden for you,” Lim says. “Just a bit,” Geguri replies, “but it also makes me want to work harder. Because I am the only female player, I want other women to look at my career, and I want to motivate them too.”

Geguri’s acceptance and determination to motivate other women is excellent for fans who identify with her, but it’s bittersweet when it comes alongside Mitchell’s retirement. Does it matter how many of us are inspired into this space if we burn out in the hostile environment within months?

Similar displays of fan investment, and concerns about burnout, were also brought up during the Battle For L.A., the showdown between Valiant and Gladiators, both of which represent the city. Though the competing cheers of “wings out!” and “shields up!” were clear to hear, giving the whole match incredible energy, opposing fans hugged it out after the Gladiators took the eventual win. The camaraderie felt important in a League where trash talk has been held up as the pinnacle of what it means to be competitive.

Gladiators fans also embraced the struggling Washington Justice in a show of “shield solidarity” (reflecting both teams’ logos). Seeing fans flock to the underdogs regardless of who their main team is has always been heartwarming, particularly as a fan of the Shanghai Dragons who suddenly became everyone’s favourite during their games last season when they went entirely winless.

But hardly any fans get the hometown experience of Los Angeles viewers – yet. In two weeks the League will be packing up to go to Dallas, and next year they’re planning to fly players across North America, Europe, and Asia. Whether local fans getting to see their teams play in the flesh will be worth the logistical and labour-based nightmare that entails is another question, especially considering the number of people who have quit from stress in the past few weeks.

Fans make the Overwatch League, and that’s why Blizzard are gambling on this leap to geolocation. They’re what bring community to what would otherwise just be a bunch of players on a stage; their support is as much part of any storyline as victories, player trades, and fancy in-game tricks. But that’s a difficult thing to celebrate when it's wielded in such a way that leads to people struggling or quitting entirely.

I’ll be back in two weeks, by which time Dragons fans like me may have had their revenge for the heartbreaking loss they took to the Florida Mayhem that I mentioned way back in my first column; New York Excelsior and Vancouver Titans fans will presumably be enjoying their teams remaining unbeaten; and Dallas Fuel fans will have been able to watch their team play at home. I might even write about some actual games then, if you’re lucky.