Look, there are a lot of silly designs in Monster Hunter World Iceborne, but I still think that this hench lad with a rockabilly mohawk takes the biscuit. Brachydios doesn't just wear that protruding thing on his bonce for show though, as secreted within is an explosive slime that it uses to coat its fists, before pummelling the ground like a toddler having a massive tantrum. This monster might give unfamiliar hunters a bit of an issue.

Our Monster Hunter World Iceborne Brachydios guide will explain the strategies for defeating the Brachydios, detail all of its weaknesses and resistances, and show the loot table for all the items you can get for defeating this beast. 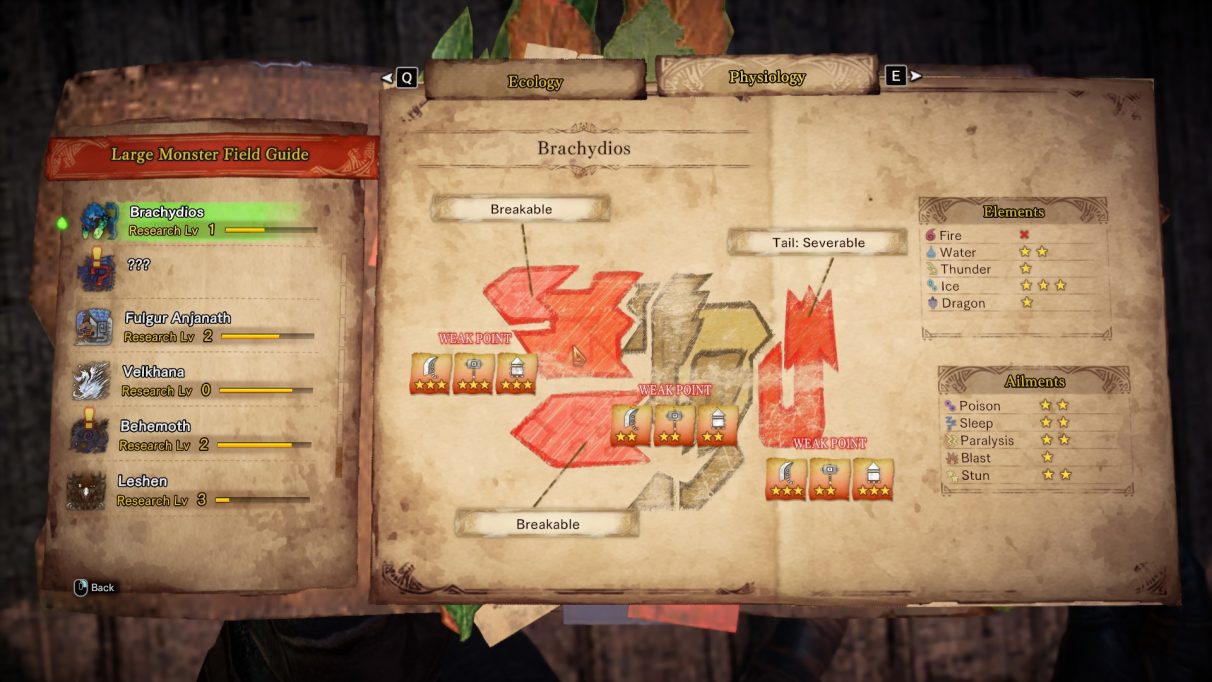 Brachydios has a surprising amount of resistances, making it a formidable challenge to those using any of the regular elements. It does have a big weakness to ice, so considering just how many ice monsters you've faced now, means that you should have a Master Rank ice weapon to use. Water and any other ailment except for blast are okay alternatives, but don't bother using fire, blast, thunder, or dragon weapons. 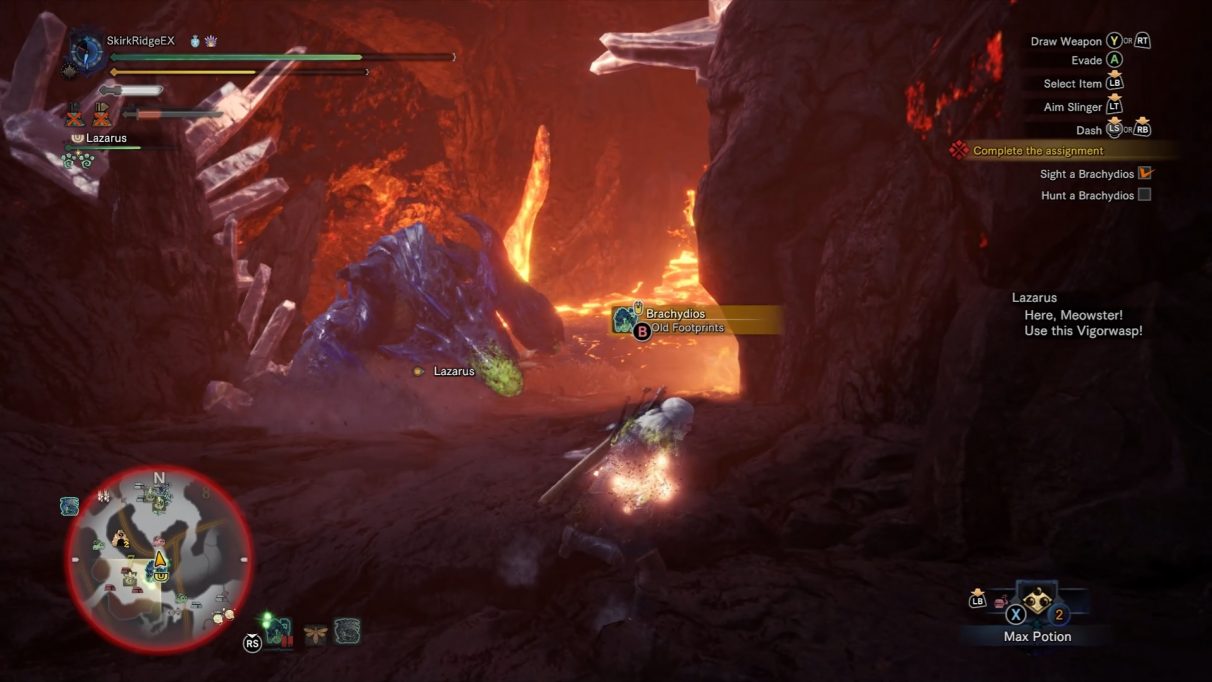 How to hunt Brachydios

When fighting the Brachydios, the main thing you must always watch out for are the slime deposits it can leave everywhere. Not only are they very sticky, hampering your movement and setting you up for a potential battering from this hench monster's fists, they also explode after a short time and inflict "blastscourge". This is essentially a more damaging version of blastblight that is harder to get rid of. To cure blastscourge, roll four times in a row or eat a Nulberry. If you are hit again while under blastscourge conditions, you'll instantly be knocked out due to how much damage it deals.

The slime on its fists does degrade for each attack with its fists, eventually drying out. It will occasionally stand on the spot to redistribute the slime onto its fists from its forehead. As for how the Brachydios uses this slime, there are a large number of physical attacks it can perform, so we'll list them below and tell you how to avoid them. 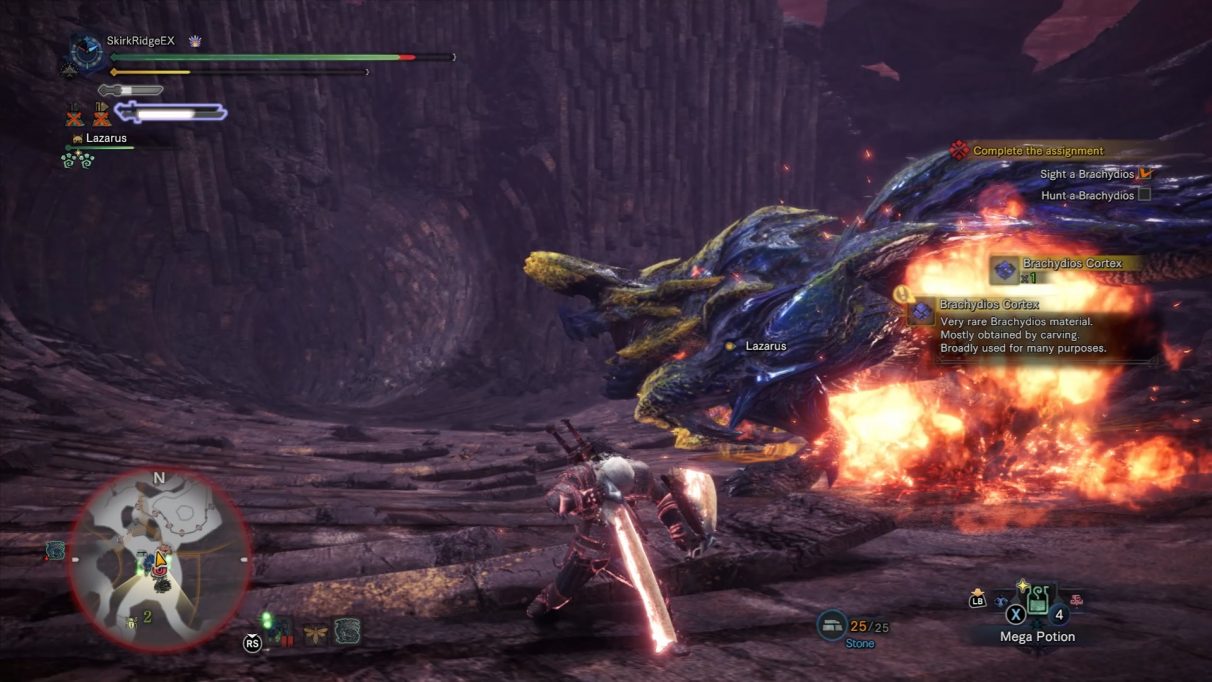 What happens when Brachydios becomes enraged?

Brachydios will signal becoming enraged with a huge roar, but the main difference here is the colour of the slime on its limbs. The slime goes from green to a deep yellow. Since the slime it leaves behind goes from green to yellow, before turning red and exploding, this cuts out a significant amount of time from the trap being laid to the point where it explodes. Certain attacks will also explode automatically such as when it pounds the ground repeatedly or leaps forward and slams the ground with its fists and head.

It also gains a brand new attack where it rises up on its hind legs, before slamming them onto the ground. This causes the surrounding area to flood with explosive traps that detonate shortly after they appear. You want to be as far away from this nonsense as possible, so just run in one direction and don't stop. Thankfully, you should find that Brachydios calms down shortly after this attack. 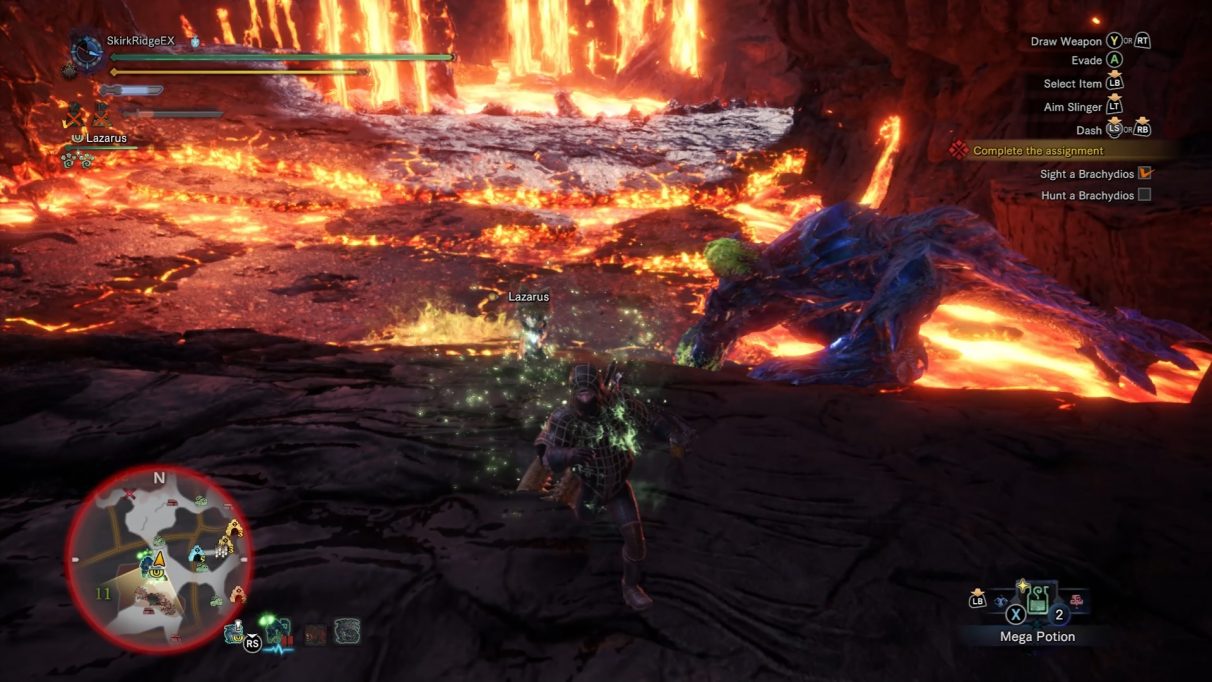 We have a whole host of other useful Monster Hunter World Iceborne guide pages for your convenience. Why not take a gander? If you want to check out the previous boss guides, head to the Glavenus or Nargacuga guides. You'll have one more monster to defeat before facing off against the biggest challenge yet, so being the second monster that needs defeating is the Tigrex.