Glavenus is yet another returning monster for Monster Hunter World Iceborne, and this one is rather unique. The main gimmick here is that Glavenus likes to use its massive tail like a cleaver, igniting it for extra power, and burning anything it touches. It also has a short temper and will frequently become enraged, making its attacks deadlier.

Our Monster Hunter World Iceborne Glavenus guide will explain the strategies for defeating the Glavenus, detail all of its weaknesses and resistances, and show the loot table for all the items you can get for defeating this beast. 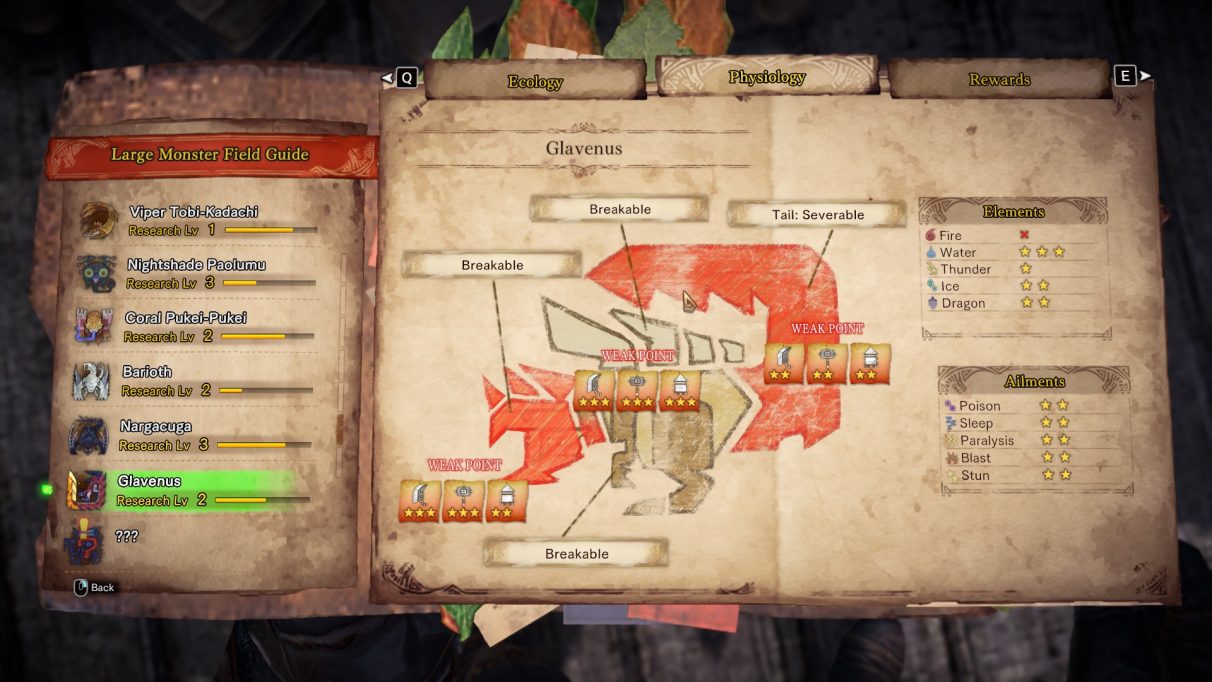 Glavenus is a creature that likes to ignite its tail with fire, so it should be obvious that fire weapons are just not going to work well against it. You'll want to bring your best water weapons into this fight. None of the ailments are especially good or bad, even blast works just as well against it. If you don't have access to water weapons out of your best equipment, any ailment-based, ice, or dragon weapons have decent effectiveness against it.

While the tail is severable, it is the part that has lots of resistance to regular weapons. The head is the main weak point that you can damage at all times, while the spines it grows while enraged can also be heavily damaged by most weapons. Breakable locations include the head, front claws, and the spines grown while enraged. 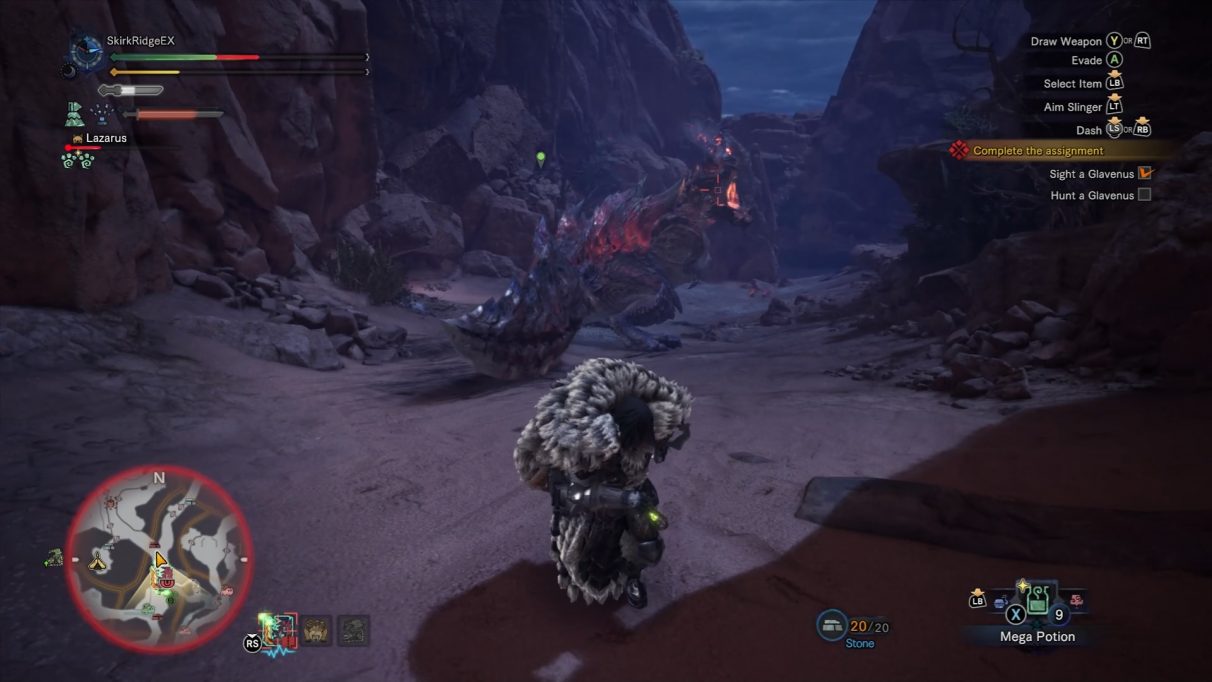 Glavenus has a large number of attacks that are mostly centred around its massive tail. Your main strategy is to chip away at is armour with Clutch Claw weapon attacks, and counter-attacking after it has performed one of its many moves.

Why am I not doing much damage to Glavenus?

This is something I had to learn the hard way by failing the mission and then very nearly failing it a second time. Glavenus has a very hard hide that has armour you need to break through. In order to effectively deal damage to it, you need to weaken its body parts with well timed Clutch Claw attacks. Simply attach yourself by firing the Clutch Claw at the body part you want to attack, then press the weapon attack button to perform a short combo attack. Doing so not only chips off slinger ammunition, but it also makes that body part more vulnerable.

Once you have the slinger ammo, you can then latch onto it again, only this time the aim is to fire off all the slinger ammo at once with a flinch shot, potentially staggering the monster so hard that he hurtles into a nearby wall. You can use the claw attack to change its direction too. Only do this when the monster is stunned or not enraged, as you can't manipulate an enraged monster. 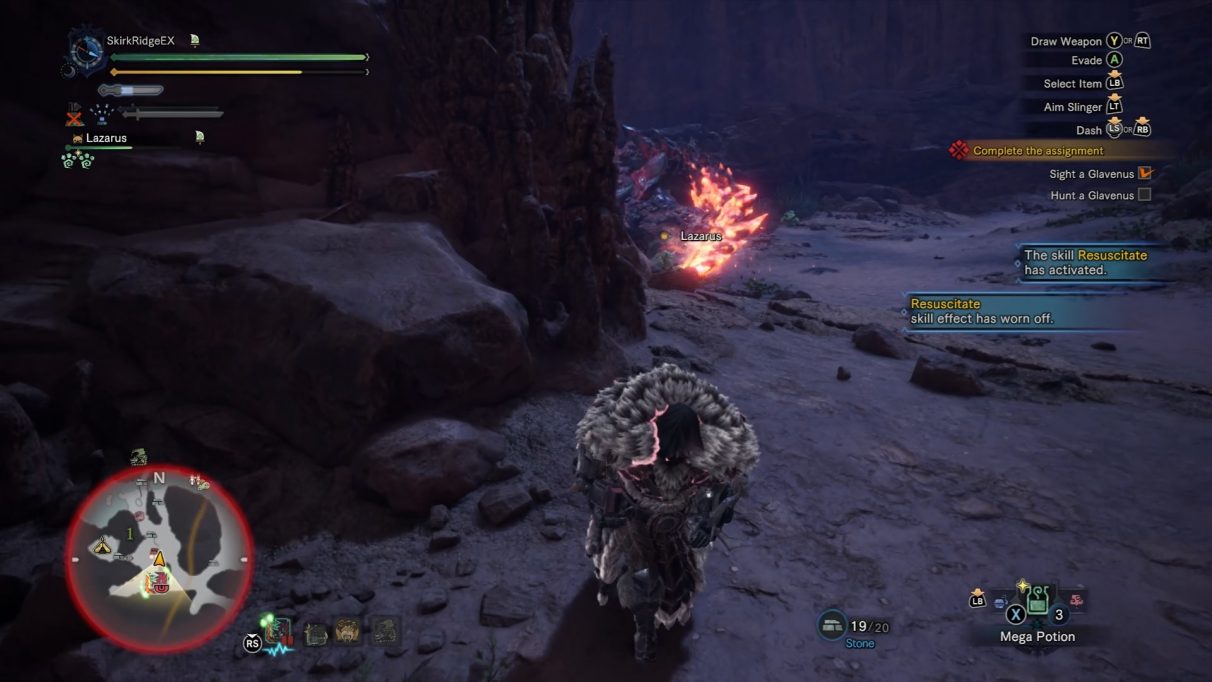 What happens when Glavenus becomes enraged?

Whenever Glavenus becomes enraged, it'll grow spines on its tail (you can also look at the mini-map for a red eye icon). This means that you should be looking out for the tail slam attack as it will now happen twice. As for how to dodge the double tail attack, dodge to the first attack as normal, then dodge in the opposite direction, as the angle of the tail slams is slightly different.

When enraged, Glavenus also becomes a lot more aggressive. Don't try to latch onto it at this point as you won't be able to get a weapon attack in. Instead, focus on dodging all of its attacks and only clutch claw attacking when it stops. You'll want to keep your slinger stocked to knock it down when it calms down to yellow. 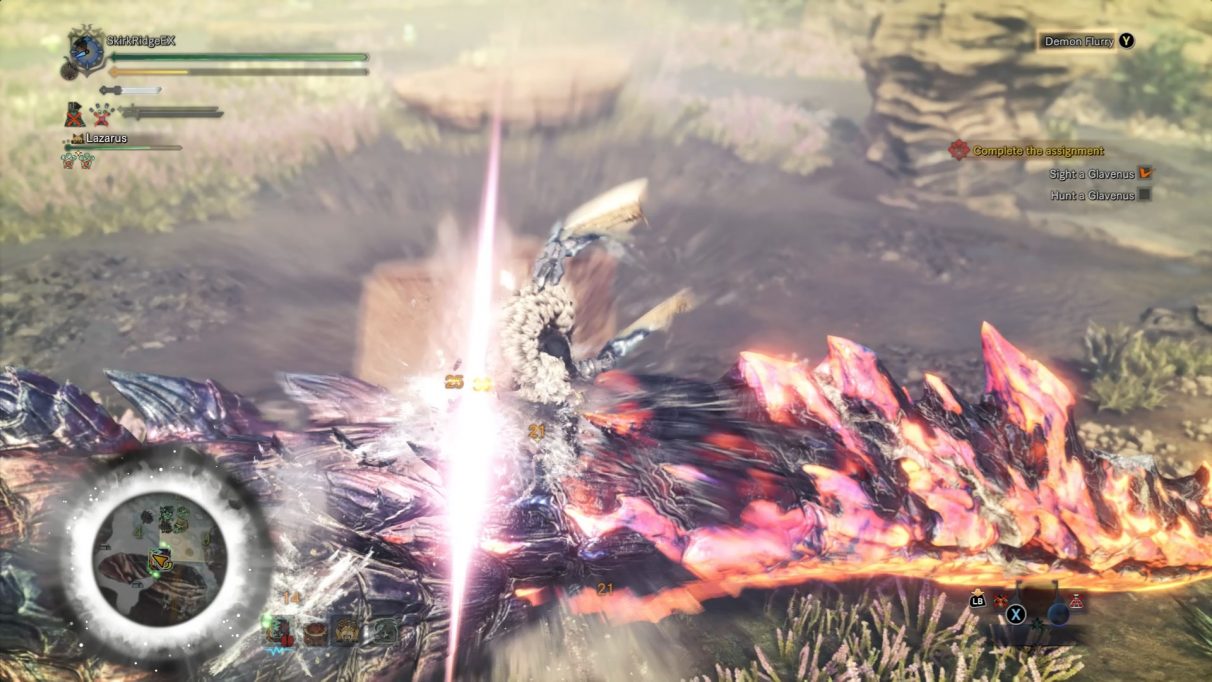 When you've beaten the Glavenus, you'll be able to get a ton of different Glavenus materials. These are all the brand new Master Rank items which are used to make tons of Master Rank gear. Below are all the items that you can get for breaking certain parts/defeating the Glavenus:

We have a whole host of other useful Monster Hunter World Iceborne guide pages for your convenience. Why not take a gander? If you want to check out the previous boss guide, head to the Barioth guide. The game had split once more at this point with the Nargacuga being the second monster that needs defeating. When you're done with that though, it's time to take on the next mandatory monsters: Brachydios and Tigrex.