If it wasn't for the fact that Tigrex has ridiculously low stamina, it would perhaps be one of the hardest monsters to fight in Monster Hunter World Iceborne. Regardless of how tired it is, the Tigrex can still give hunters a few problems with its unorthodox attack patterns, as well as some weaknesses that are far from obvious.

Our Monster Hunter World Iceborne Tigrex guide will explain the strategies for defeating the Tigrex, detail all of its weaknesses and resistances, and show the loot table for all the items you can get for defeating this beast. 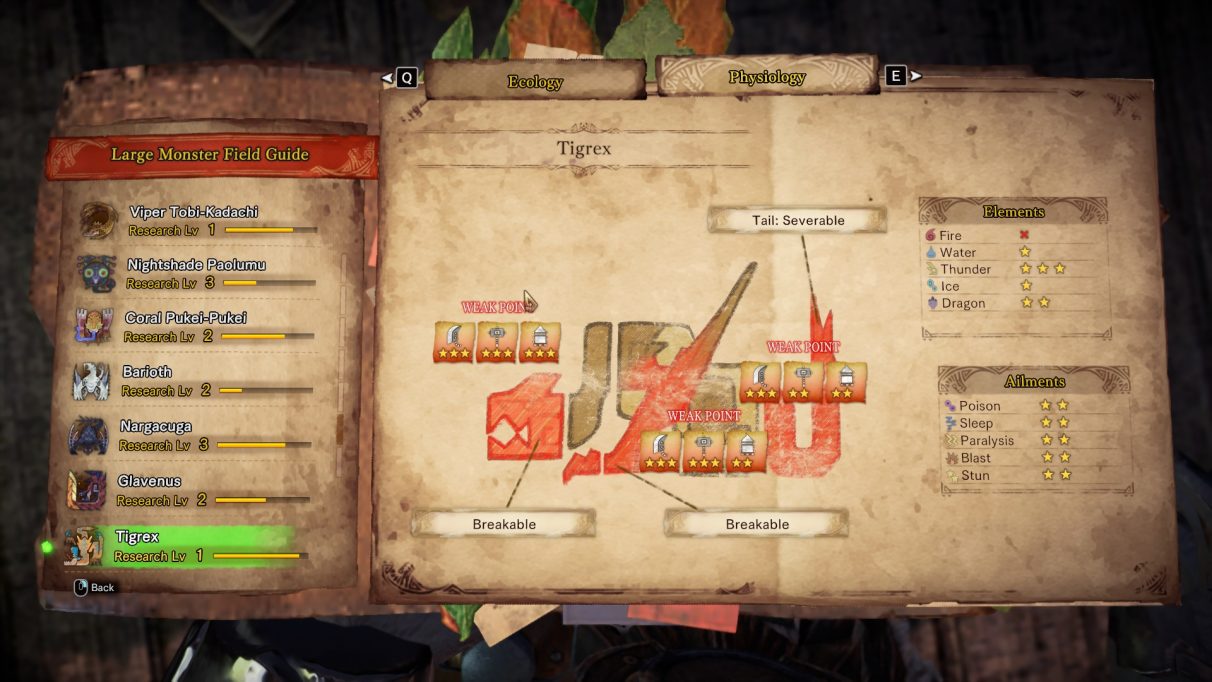 Tigrex might be fast, but that doesn't mean that it doesn't have any protection. In fact, the only real weakness Tigrex has is thunder, which may be a little difficult to come across unless you repeatedly hunt monsters outside of Iceborne at Master Rank. It's worth fighting them anyway, even if they're nowhere near as exotic as the new beasts. Dragon and any of the ailments are decent alternatives to use, but don't even think about going up against Tigrex with fire, water, or ice.

This is yet another monster where using bladed weapons is probably the way to go. It does also have increased defenses against ranged weapons, but taking its attacks into consideration, being far away from the Tigrex is preferential. The head, front claws, and tail are the weak points and all can be broken or severed. 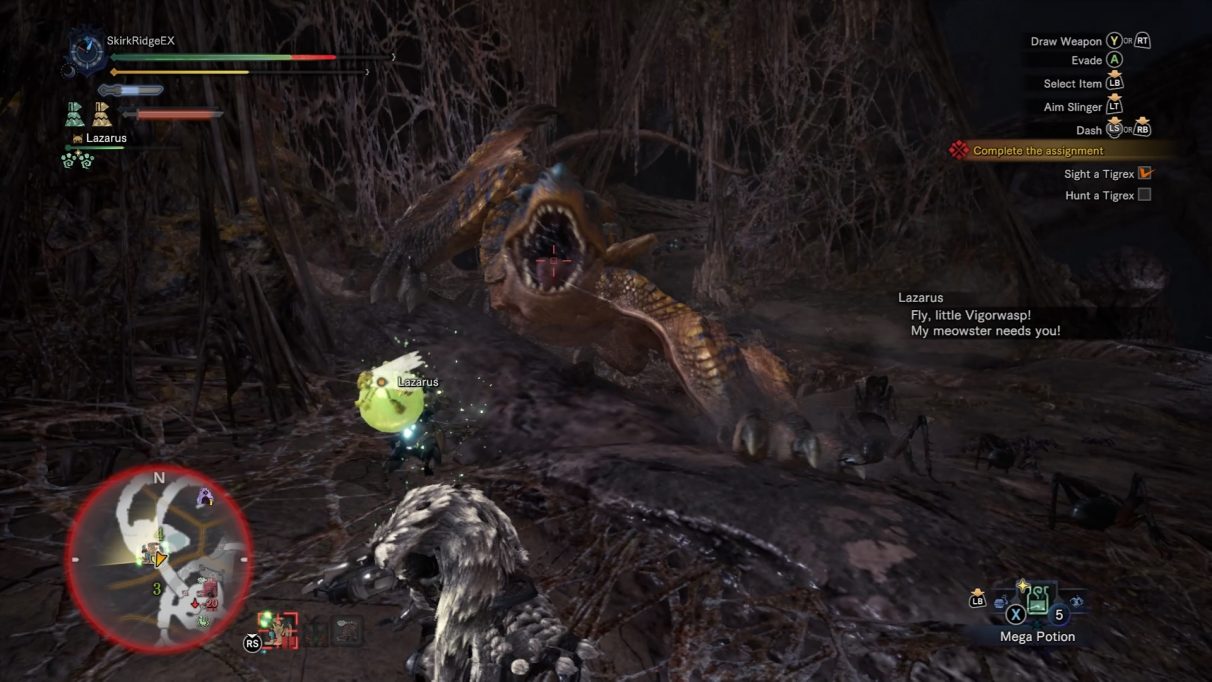 How to hunt Tigrex

Endurance is the aim of the encounter against the Tigrex, which may seem counter-intuitive at first. However, the key exploit for this fight is that Tigrex's stamina is its own worst enemy. While it starts out of the gate with as much ferocity as a tiger or lion, it soon tires itself out, with its attacks becoming considerably slower.

Having some decent evasion skills is paramount to winning, so check out our Monster Hunter World Iceborne armor guide for some good builds to use in this fight. Since it has a large number of ways in which it'll try to hit you, it's easier just to have a list of Tigrex's attacks and how to avoid them, so here you go. 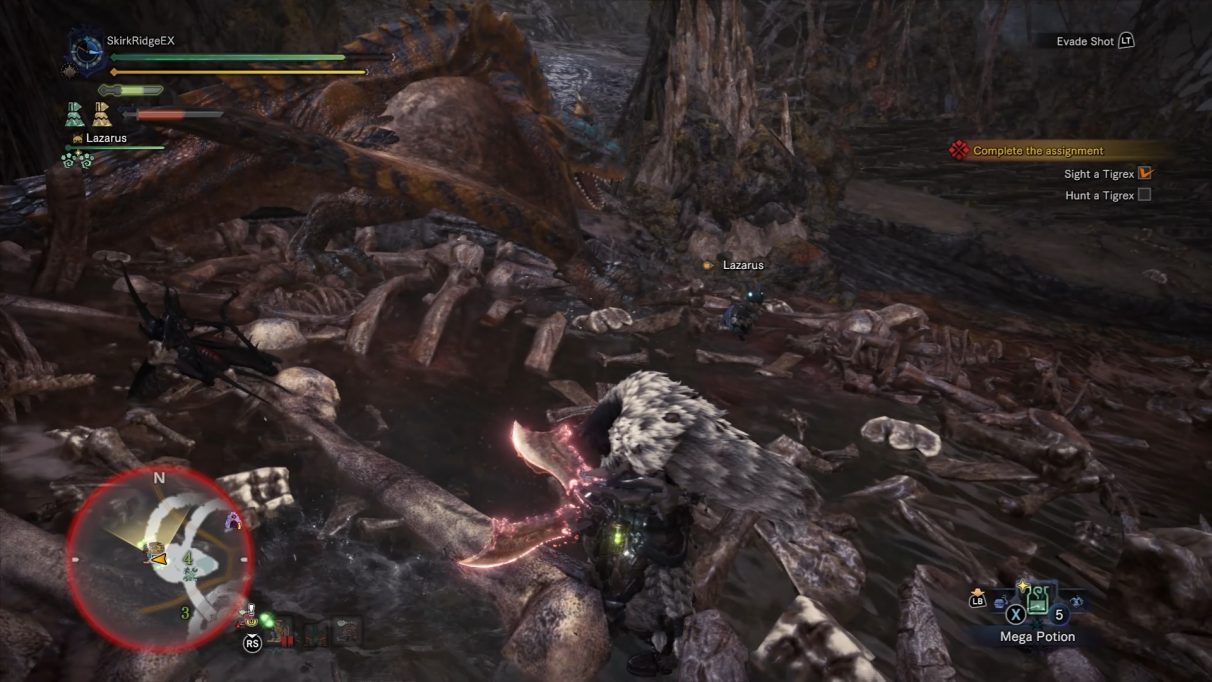 The first phase of the fight against Tigrex should be focused on dodging, particularly if you are using melee weapons. But mercifully, it can't keep the same level of intensity up for long and it will begin drooling. When this happens, you'll notice that some attacks will be slower and easier to dodge, including both the charging and leaping attacks.

An added bonus is that occasionally it will just fall over while its performed a leaping attack, giving you a window of opportunity to deal as much damage as possible before it gets back up. It'll also periodically just stand there panting, which, if you have slinger ammunition and it's near a wall, you can use the clutch claw to send it hurtling into a wall, knocking it down for a long time. 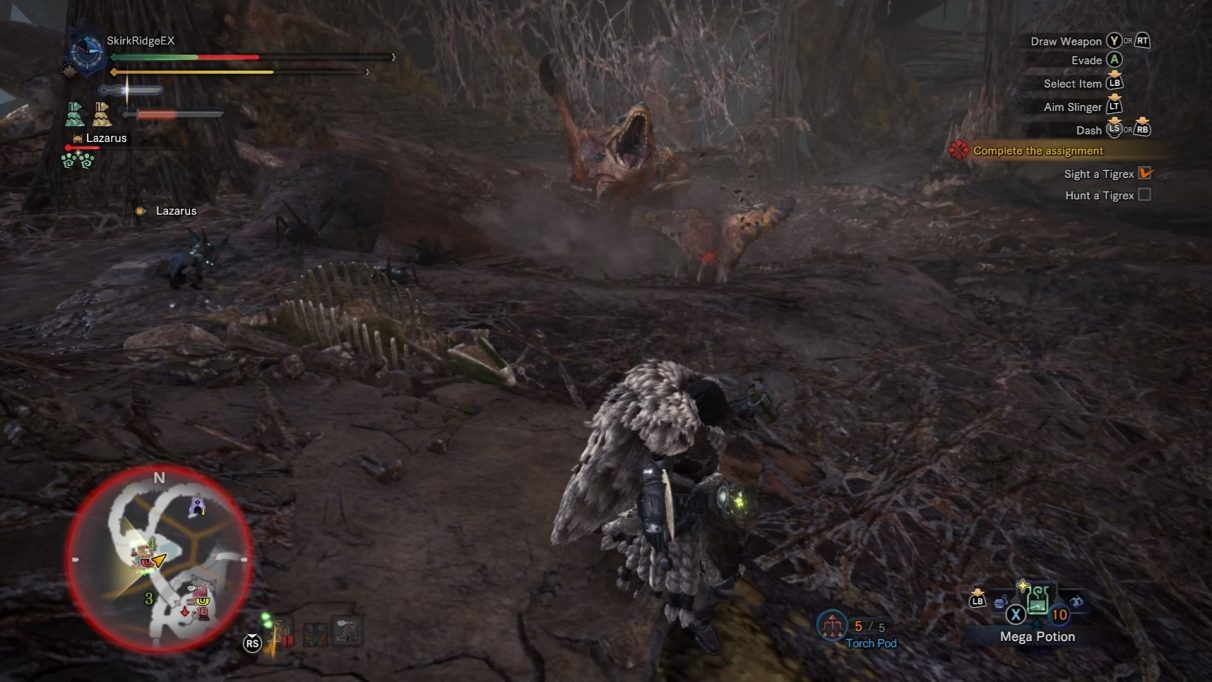 What happens when Tigrex becomes enraged?

Tigrex is at its most dangerous when it's enraged. It'll usually herald becoming enraged with a huge roar before savagely attacking with its red eyes and red bits on its front claws. Treat the Tigrex in this state as you did at the beginning of the fight, avoiding attacking it unless you're absolutely sure you're not going to be hit yourself. If in doubt, just focus on dodging. After enough dodging though, it'll soon begin to wear itself out, panting on the spot. This is when you should strike. 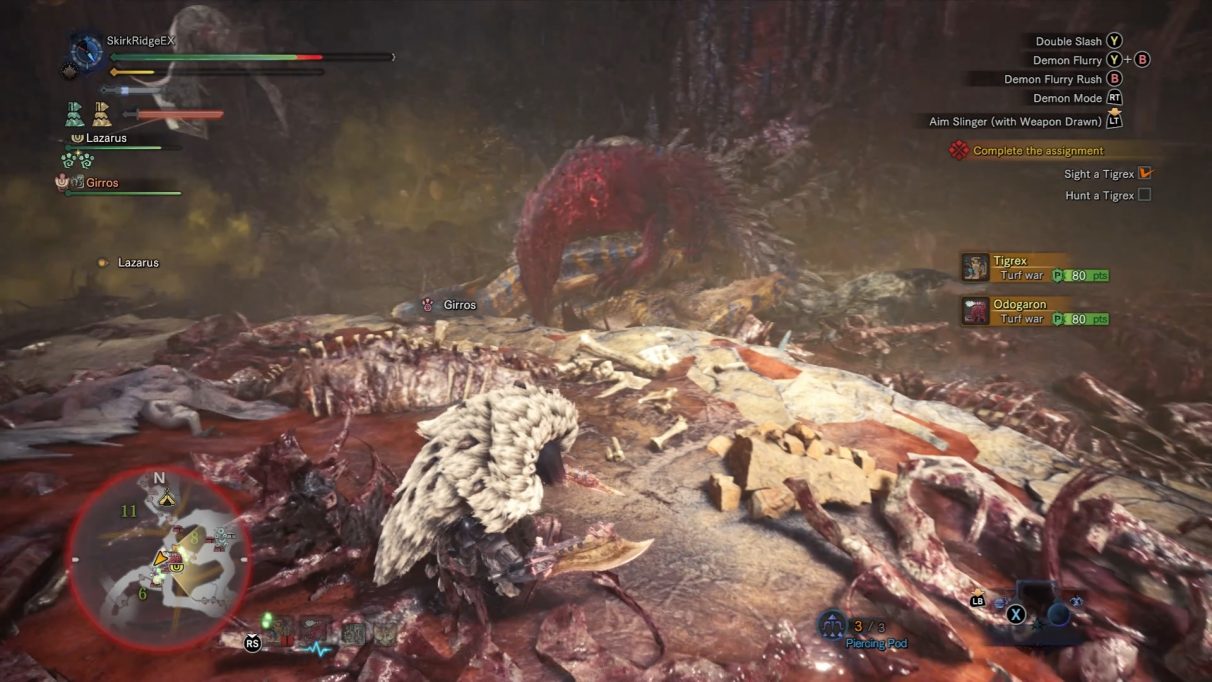 When you've beaten the Tigrex, you'll be able to get a ton of different Tigrex materials. These are all the brand new Master Rank items which are used to make tons of Master Rank gear. Below are all the items that you can get for breaking certain parts/defeating the Tigrex:

We have a whole host of other useful Monster Hunter World Iceborne guide pages for your convenience. Why not take a gander? If you want to check out the previous boss guides, head to the Glavenus or Nargacuga guides. You'll have one more monster to defeat before facing off against the biggest challenge yet, so being the second monster that needs defeating is the Brachydios.