Perhaps your first real challenge in Monster Hunter World Iceborne is the frosty savage itself - Barioth. On top of just being a really, really fast, it has some rather brutal melee attacks and ice tornado projectiles that can easily overwhelm you. Preparation is key to winning this fight and it is possible to beat it.

Our Monster Hunter World Iceborne Barioth guide will explain the strategies for defeating the Barioth, detail all of its weaknesses and resistances, and show the loot table for all the items you can get for defeating this beast. 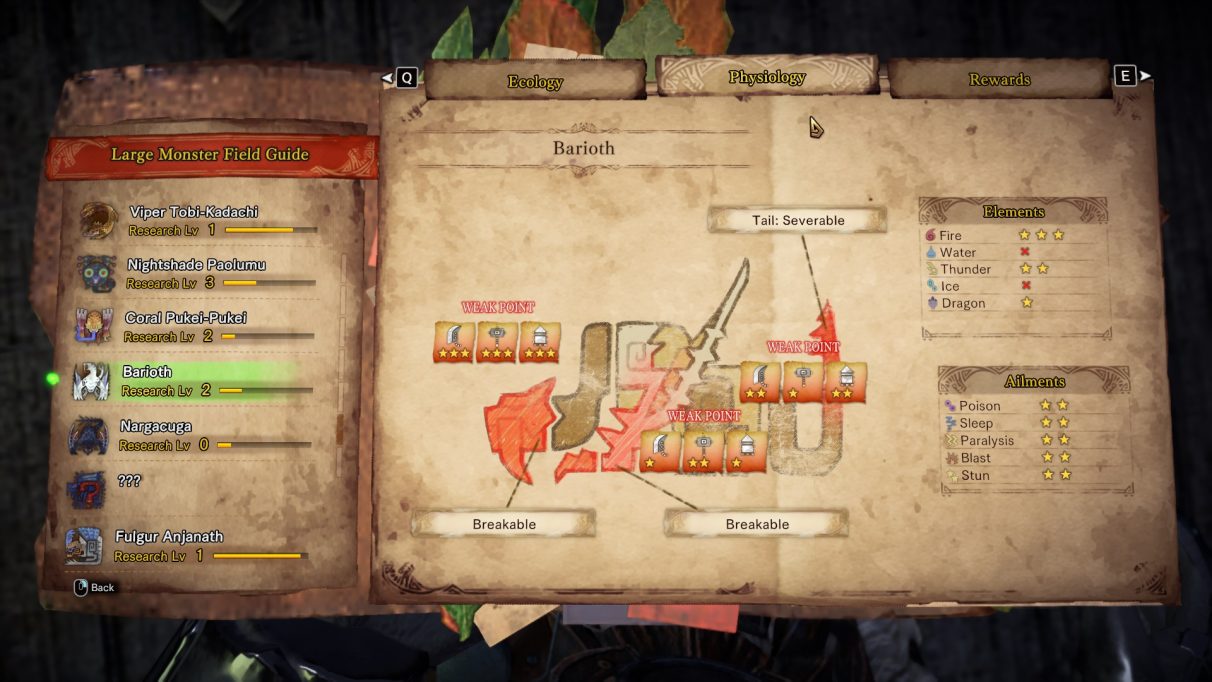 Don't make the same mistake that I did when it comes to the Barioth's weaknesses. I accidentally brought a water-based weapon into the fight which, along with ice, is heavily resisted. Instead, bring either a fire-based weapon or one that inflicts ailments, as you won't cut it as fine as I did (having only four minutes to spare on my successful run).

I'll go into a lot more detail as to why in the strategy section, but the main focuses for you to break are the Barioth's front claws and the tail. While they're designated as weak points, you will find that the tail is resistant to blunt strikes, while the claws resist both ranged and bladed attacks. The head is the only other breakable part and is the weakest point of the Barioth. 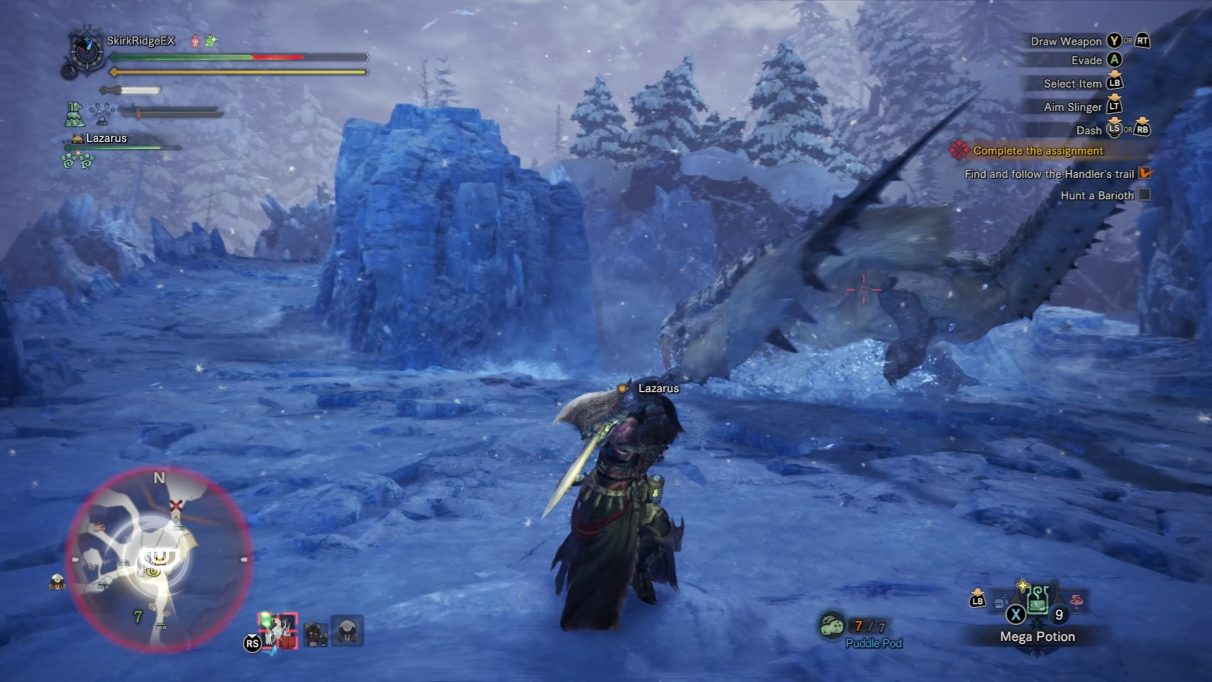 How to hunt Barioth

The Barioth is most dangerous at full health, unencumbered by injury and able to perform its most damaging attacks with relative ease. It can easily crush you if you're acting a little rash, so you'll need to play rather defensively. Having some decent evasion skills is paramount to winning, so check out our Monster Hunter World Iceborne armor guide for some good builds to use in this fight.

One thing that should be pointed out is that certain attacks can collapse the ground if you are near its lair, transporting you to a different area of the map, usually underground. This is highly inconvenient as you might expect, as the Barioth will simply fly away to avoid the attack. If the ground collapses underneath it, it should fly to another location to land rather than attack, so it is a window of opportunity.

Since it has a large number of attacks, here's a list of what it can do and what you need to do to avoid them:

How to slow down Barioth

Your main aim is to try to close the distance, while breaking the front claws and severing the tail. Doing so will slow down the Barioth and even cause it to be unstable in some of its more brutal attacks such as the lunging pounce, leaving it more vulnerable to being attacked in the face. The best attacks to try and close the distance are the lunge attack or tail swipes. 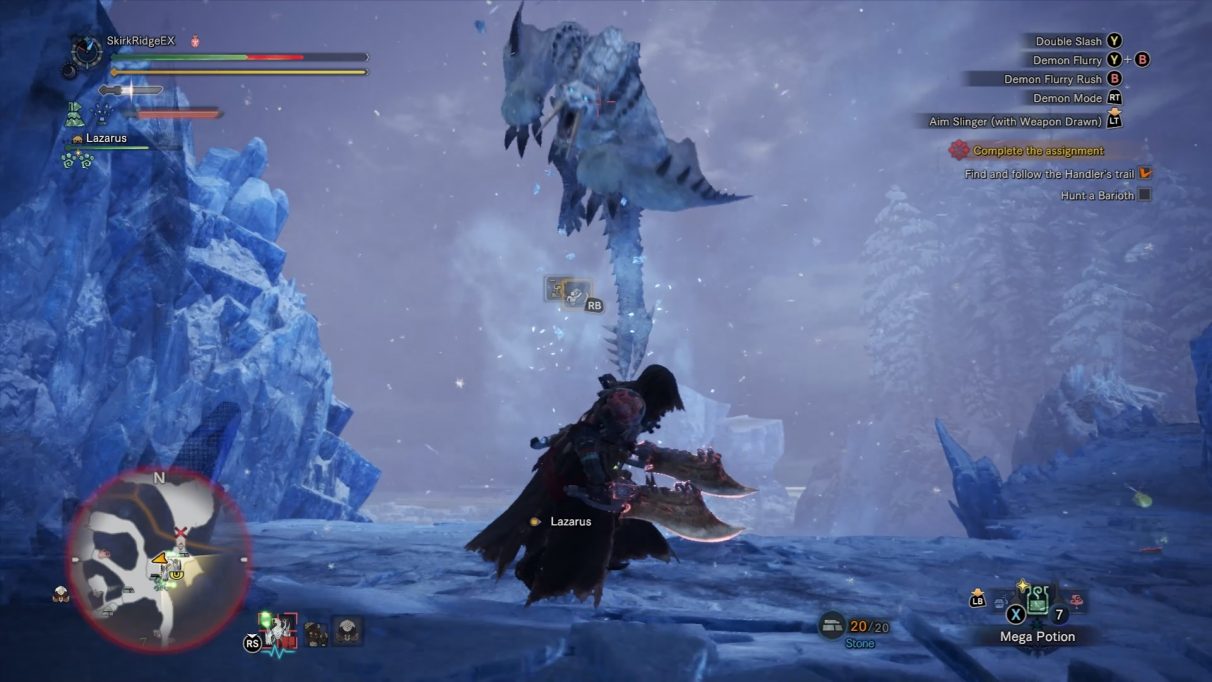 When you've beaten the Barioth, you'll be able to get a ton of different Barioth materials. These are all the brand new Master Rank items which are used to make tons of Master Rank gear. Below are all the items that you can get for breaking certain parts/defeating the Barioth:

We have a whole host of other useful Monster Hunter World Iceborne guide pages for your convenience. Why not take a gander? If you want to check out the previous boss guides, head to the Nightshade Paolumu or Coral Pukei-Pukei guide. The game now splits again here as you search for more clues, but this time you're introduced to two new monsters: Nargacuga and Glavenus.