Overwatch added its long-awaited replay feature this week, allowing players to go back through their last ten games in order to see what went right, what went wrong, and how they might improve. Alternatively, it's a nice way to get a look at the hard work of the environment and asset artists that usually gets overlooked in the whirlwind of battle. And it's a very good excuse to point out all your killer plays, particularly for the underappreciated tank and support classes who will never get recognised by the cruel eye of the play of the game algorithm.

Overwatch is an undeniably pretty game, and even moreso when you have a freecam. Here are the blue skies and snowy peaks of Hanamura. 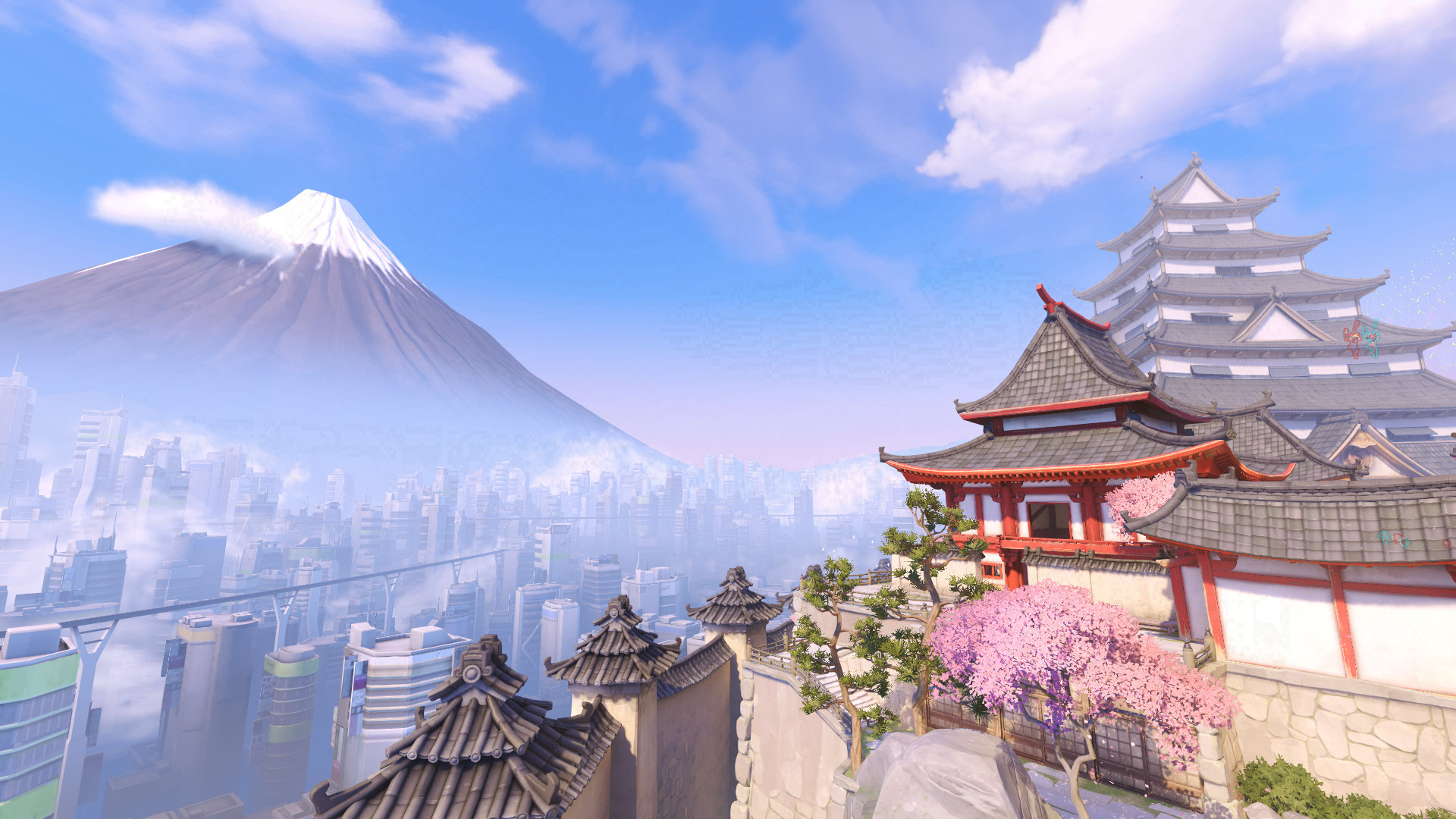 Someone on Blizzard's design team has the same aesthetic appreciation that I do for the old juxtaposed with the new, best seen in the three historical stages of London that we all know and love: factory, Big Ben, slick glass skyscraper. 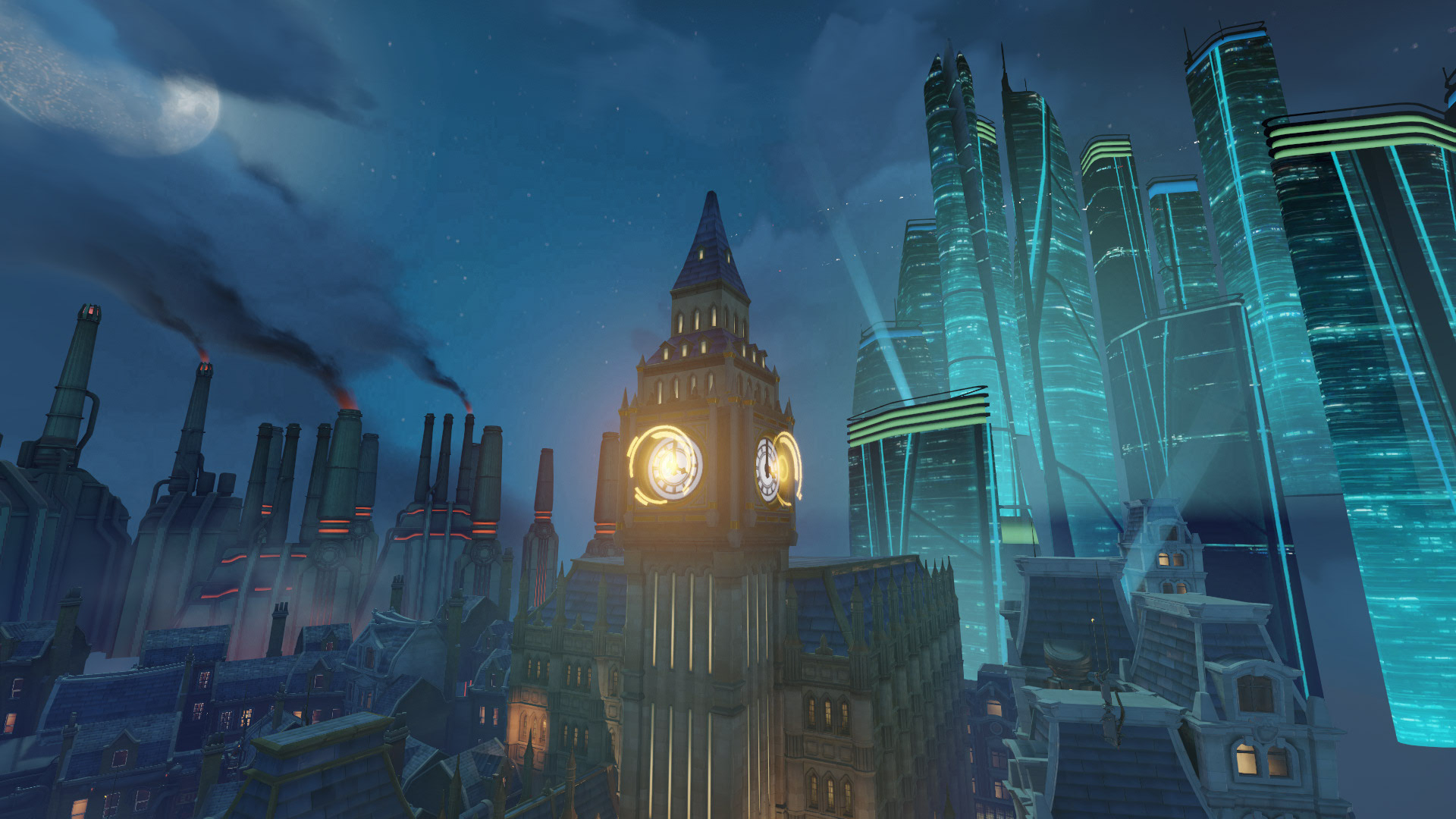 The feature has also given me an excellent excuse to engage in my favourite photo mode hobby: getting to assets that really weren't designed to be seen close up. I'm not poking fun at the developers here, I genuinely love getting into the seams of games to see them for the imperfect collections of hard work that they are. I actually wanted to write about it recently, but then I stumbled on this article by Jim from seven years ago and he basically has it covered.

"Here’s to the limitations of games, and their thin, crackly walls and floors, often too frail a boundary to hold back the gamer. Let’s cheer the netherworld borders that these processes create. May they always play host to explorers who want to get beyond those painted corridors," he says. To that end, here's some treasure I found underneath Route 66. It's burning tyres. What are they doing down there? Answers on a postcard, please. 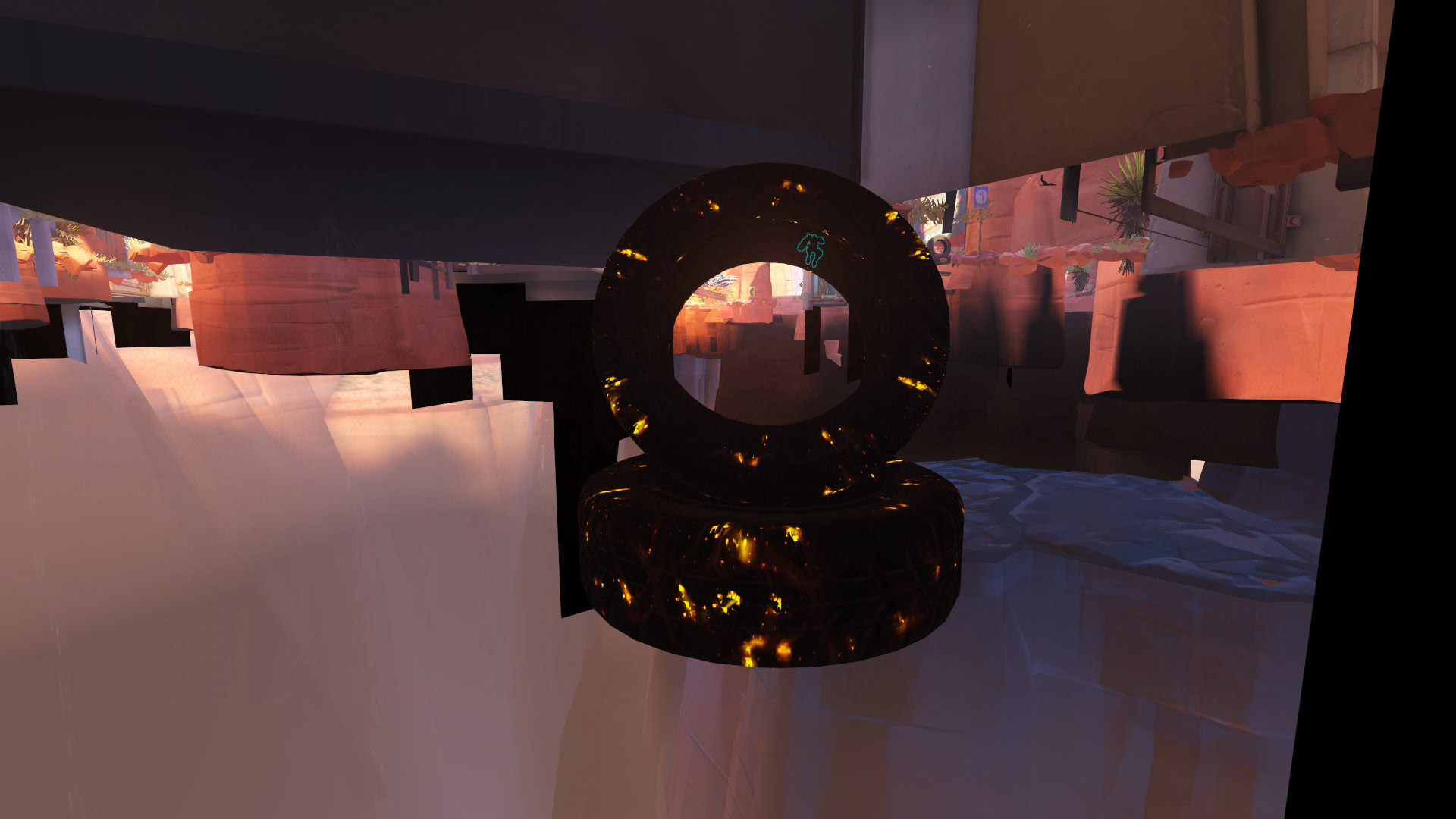 There are an awful lot of assets in the distance on these maps that I went to visit, like the statue on Ilios. It looks weathered from its long years at sea. 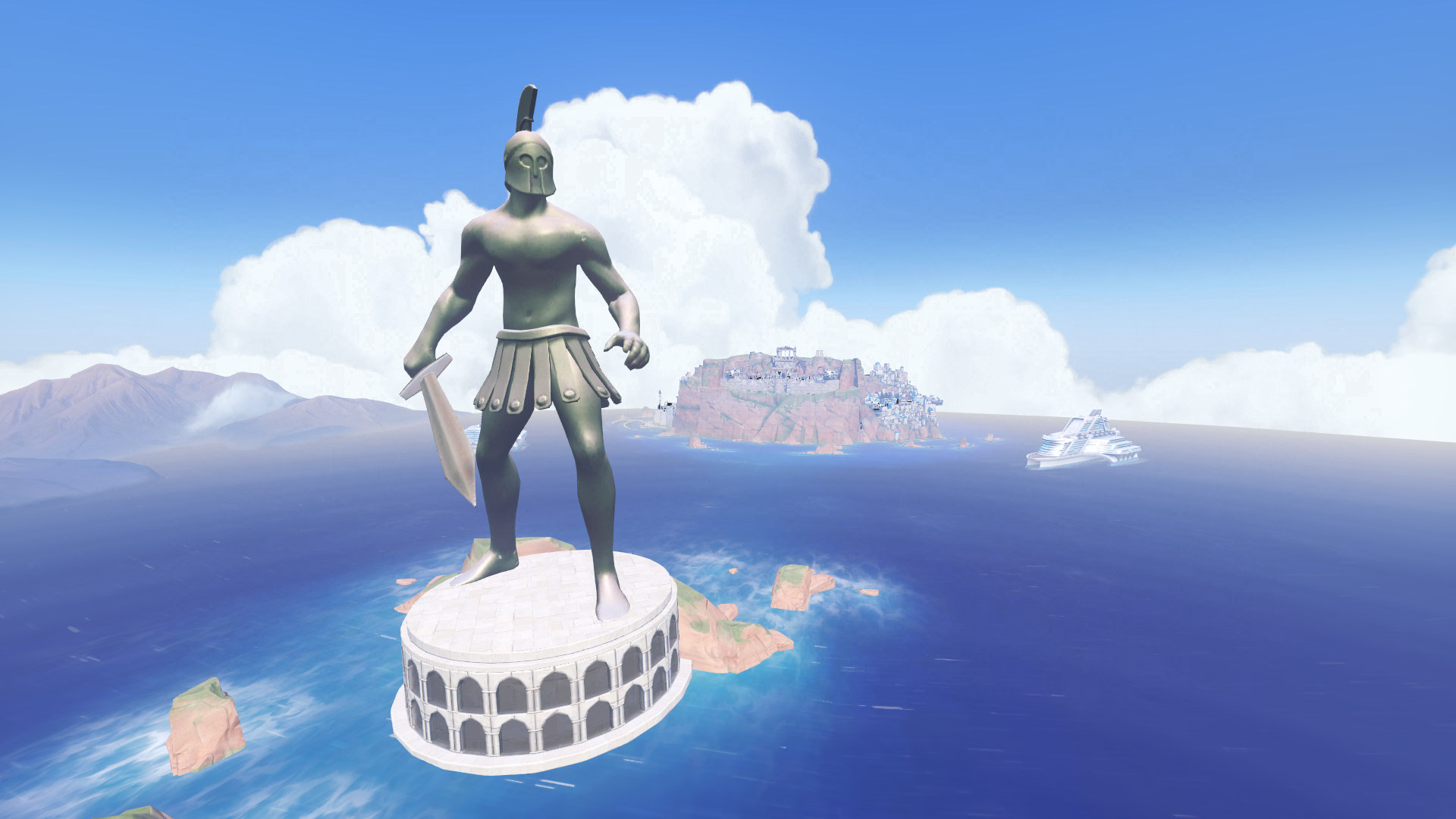 The absolute best thing to seek out with freecam is birds, as I've said before. Overwatch's vary from reasonably detailed (Eichenwalde)... 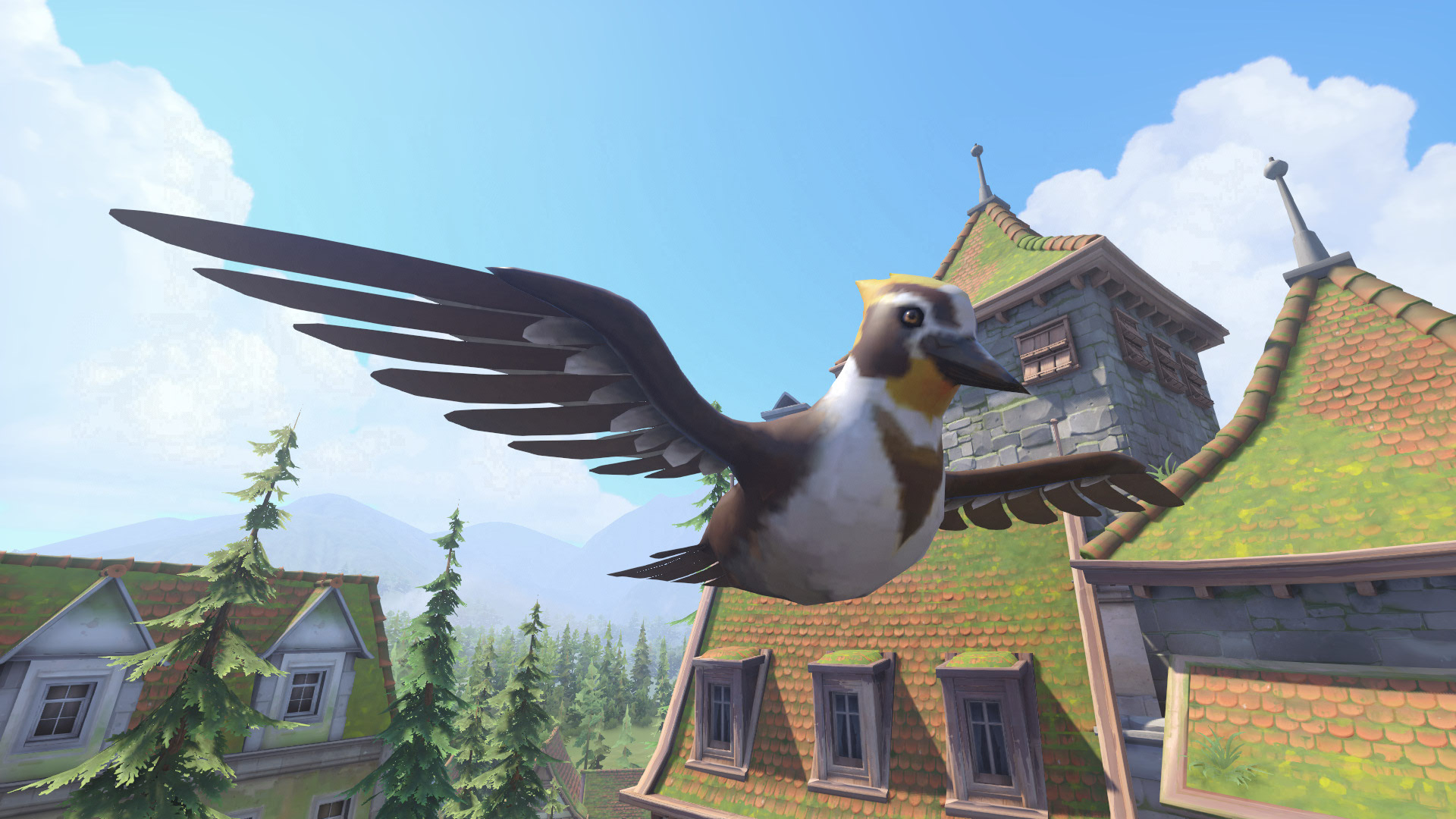 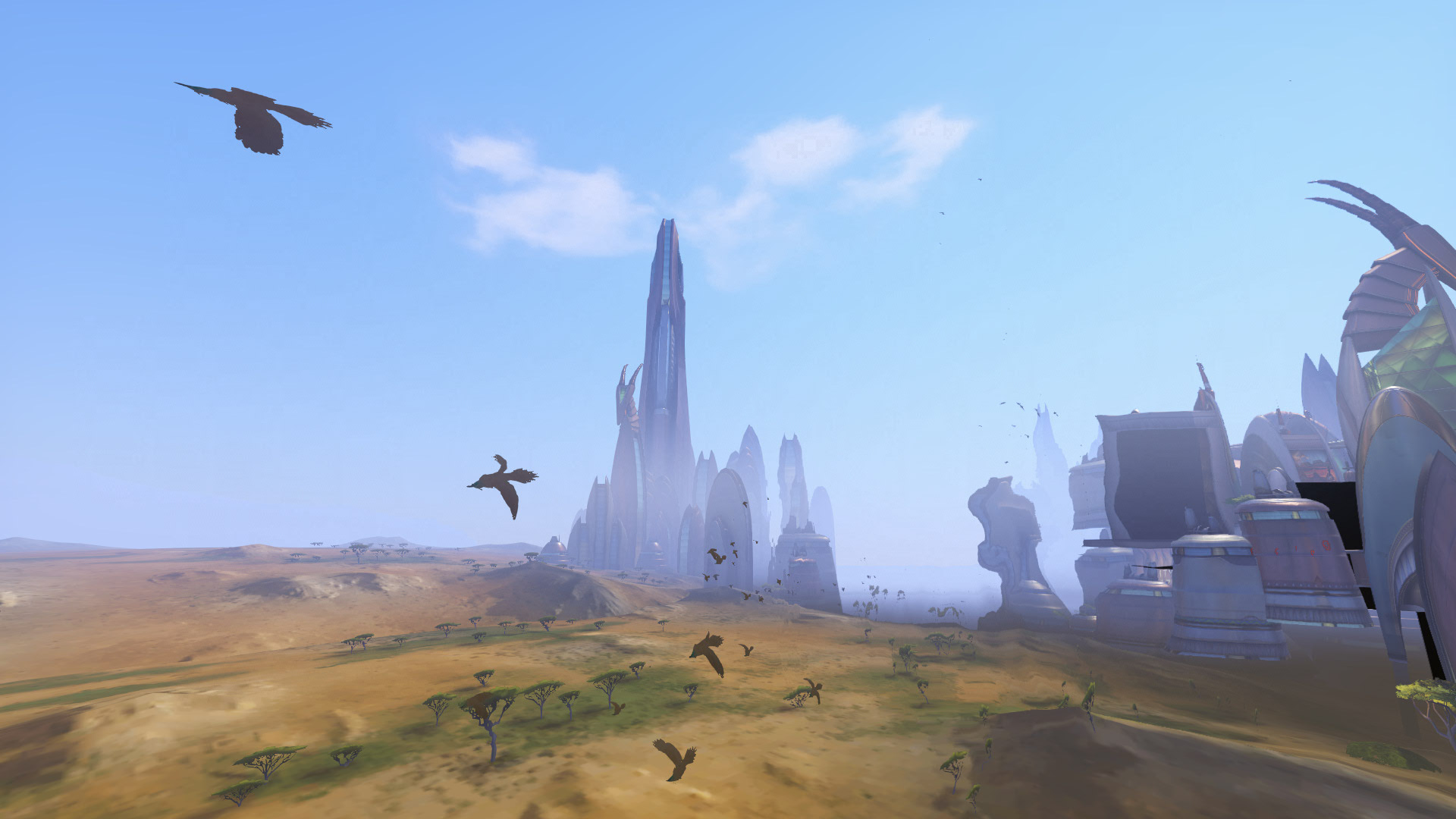 The heroes also have some choice facial expressions. Hammond is literally always having the time of his life. 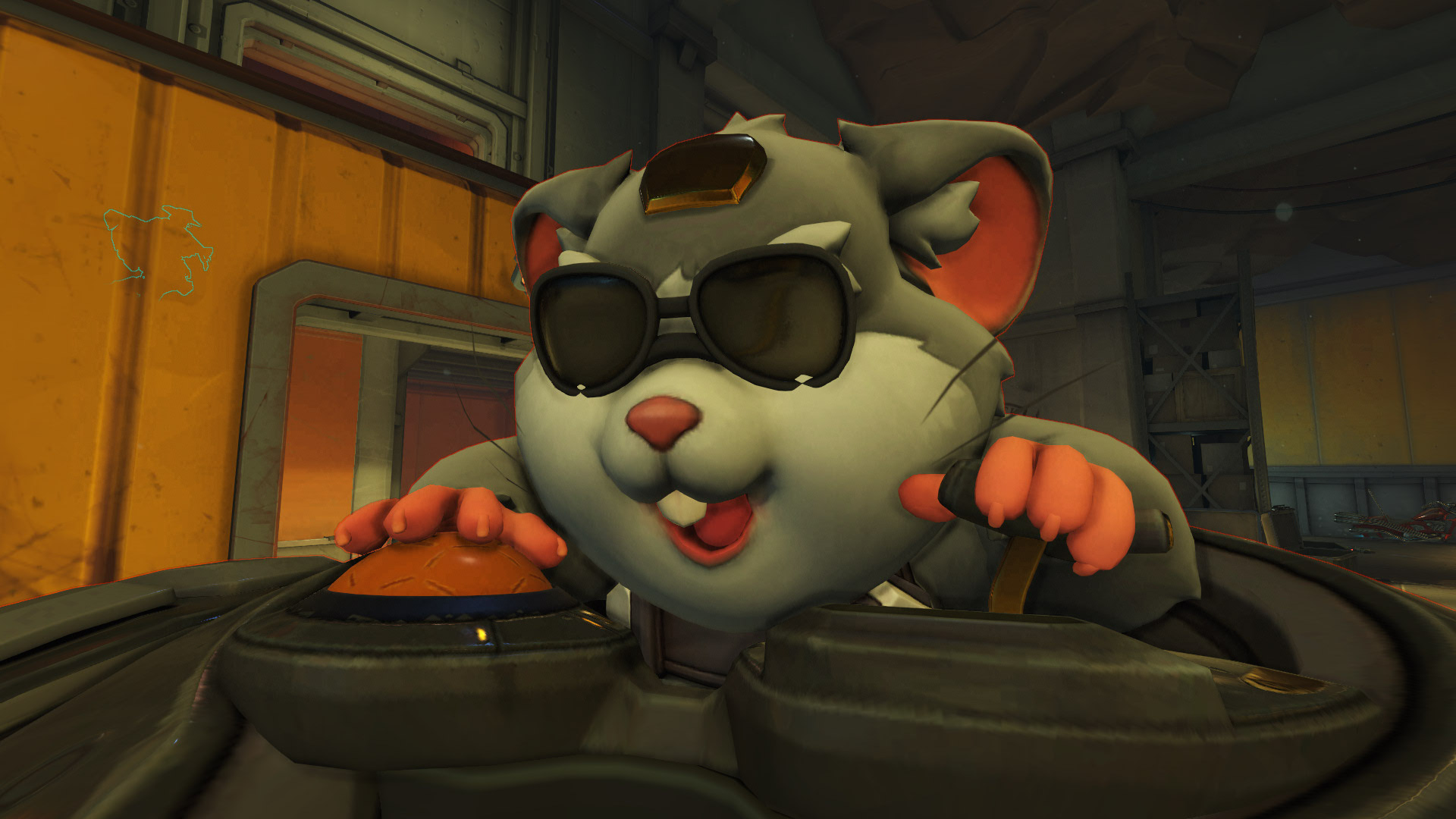 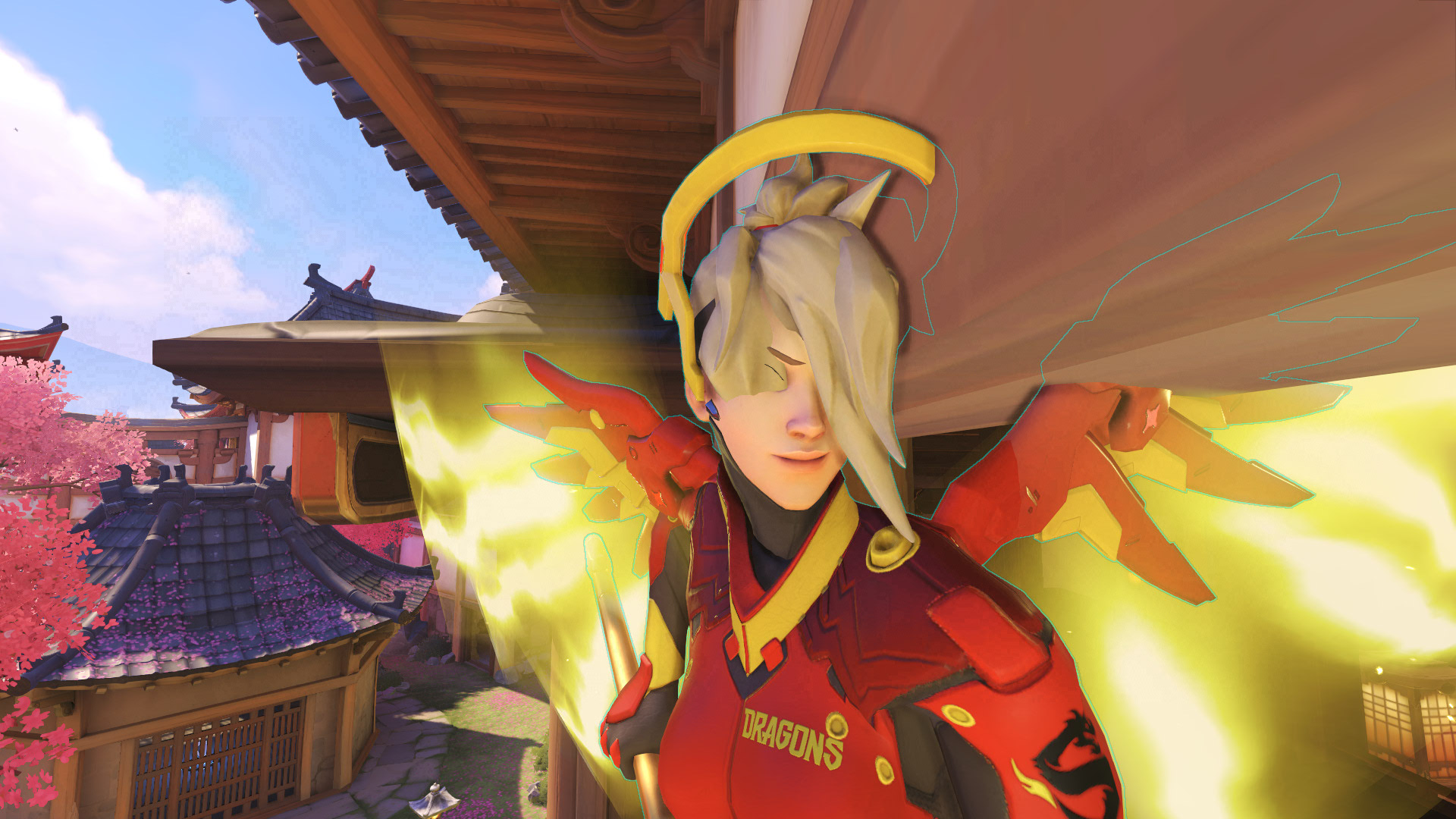 As I said, though, the replay system is also ideal for bragging. That's great for when you want to show off for your mates, but it does genuinely go some way to addressing a problem that Overwatch has never quite been able to address, which is how to give the less flashy plays of tanks and supports their dues. I can finally, finally demonstrate the power of D.Va's defense matrix, for example, which absorbs incoming projectiles, including many ultimate abilites. Since the test servers currently have a McCree buff, that mostly means eating unpracticed Deadeyes, at the moment. 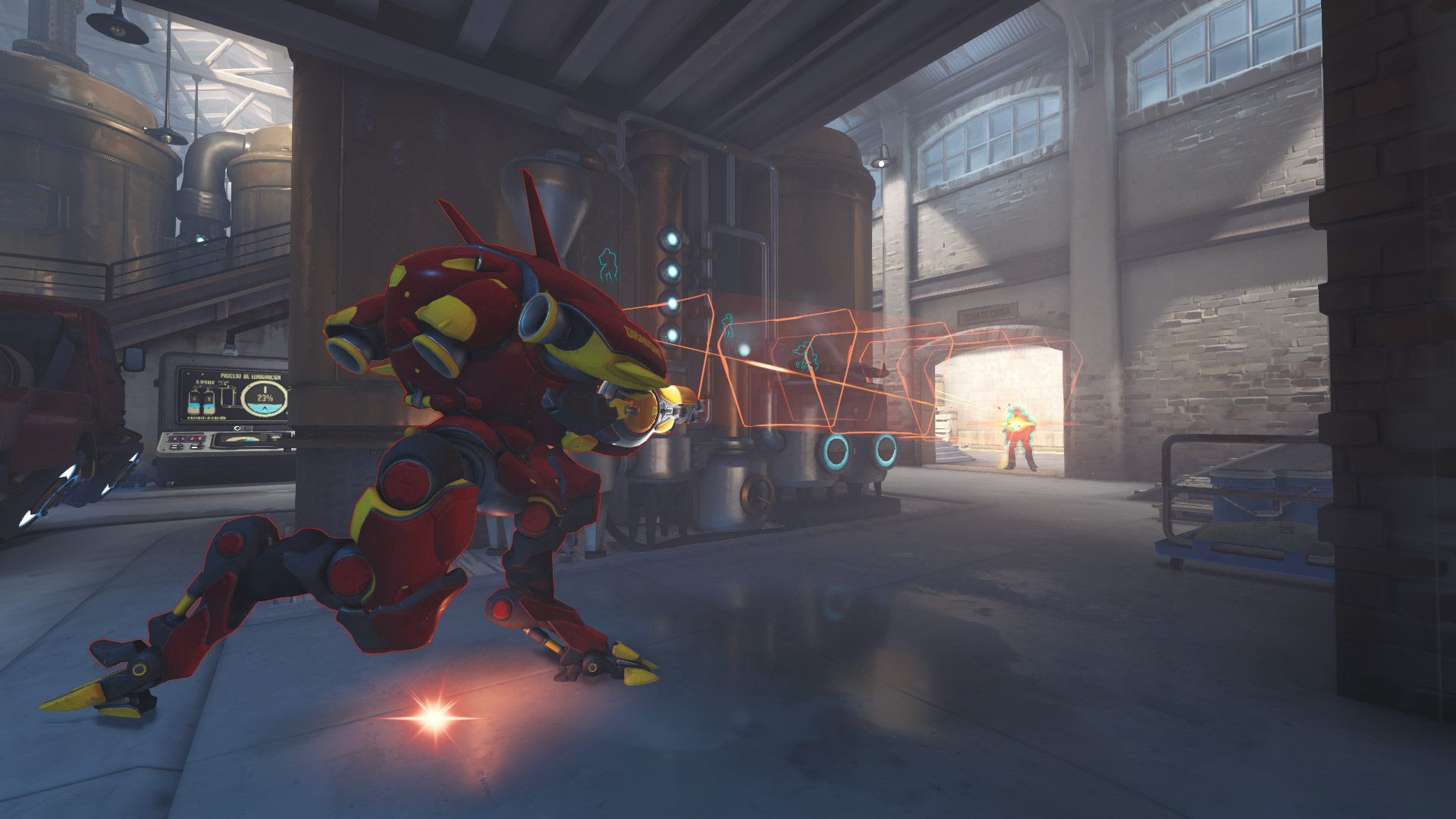 I also wouldn't have known about this Winston bubble shielding the team, especially this oblivious Ashe, from a bomb directly on the point. You can see how much else is going on from the shere amount of particle effects, so it makes sense that these things pass you by in the moment, but the replay system brings them to light. 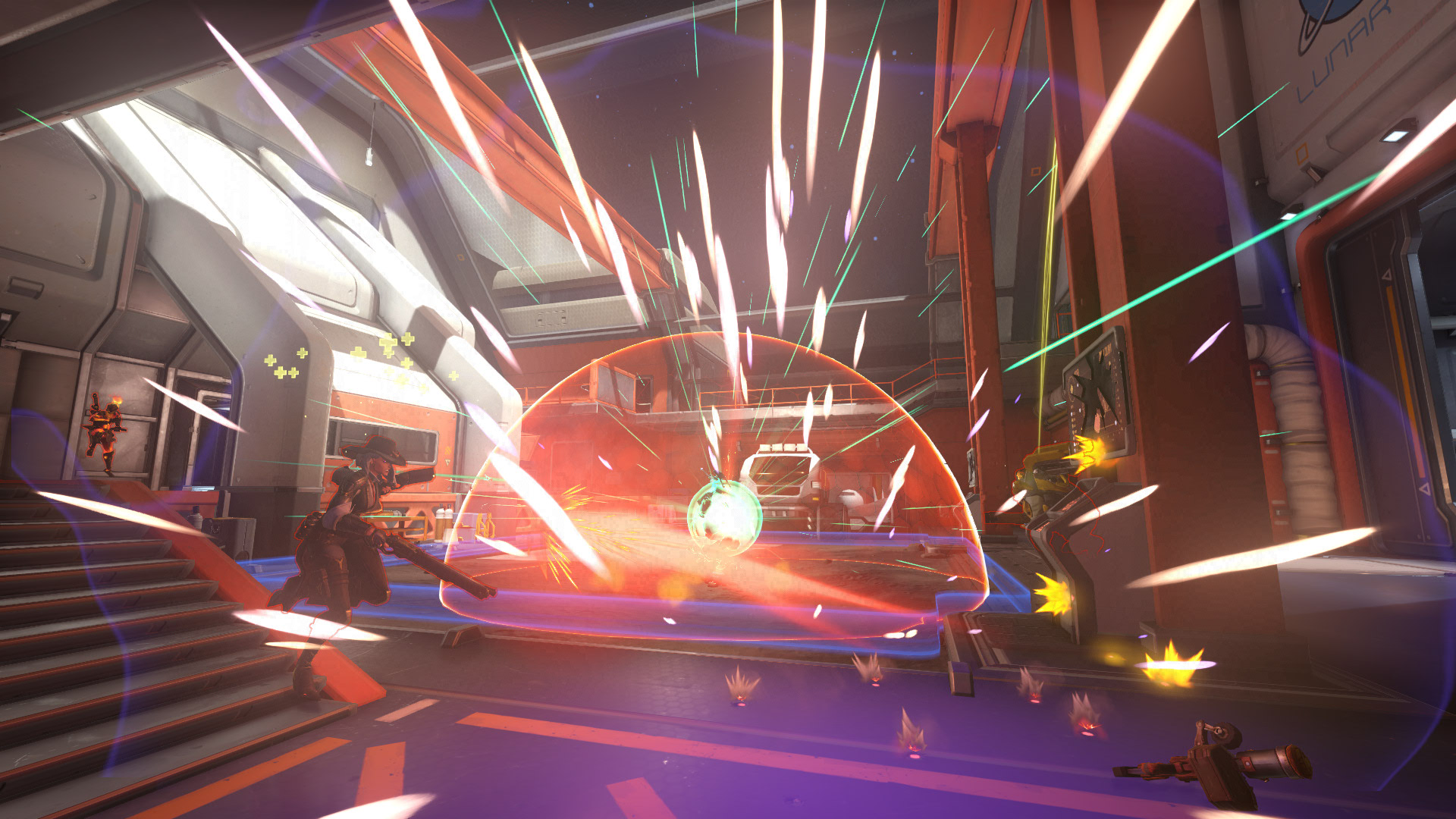 And then there's the fact that I will be capturing every time I kill a damage dealing hero as the healer Mercy, thank you very much. Like this Genji. 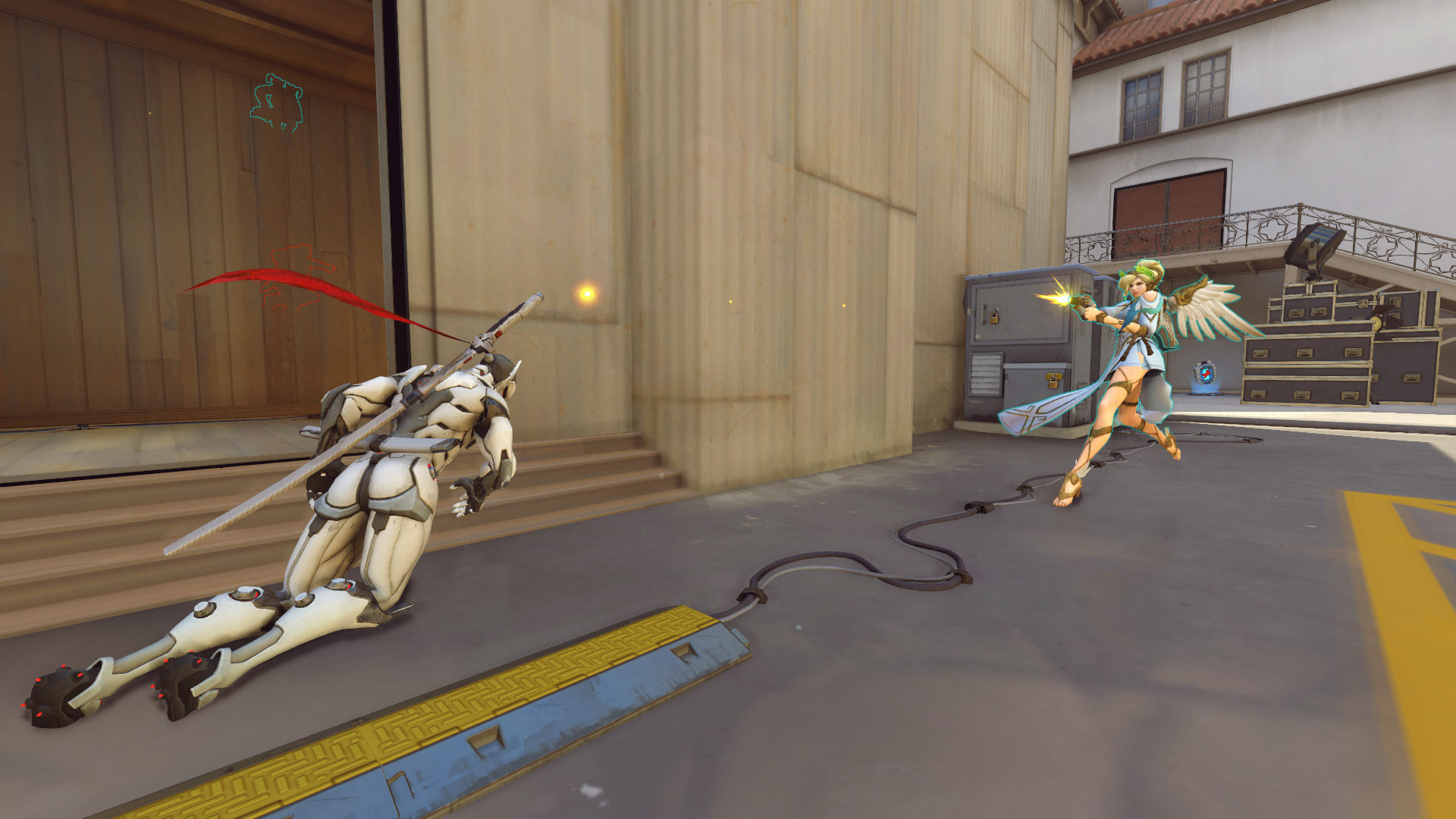 He tried it twice. 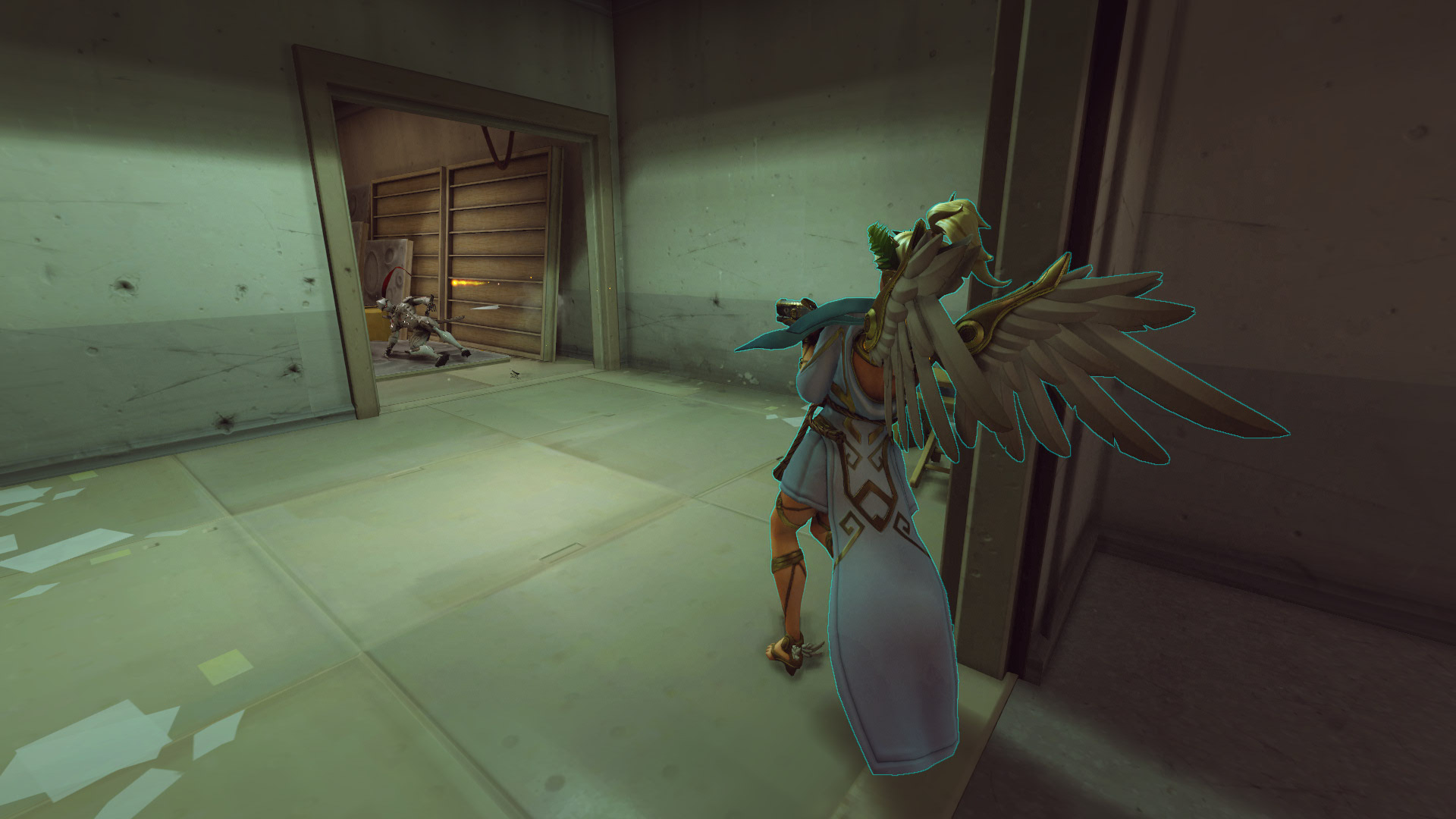 I am very enamoured with this mode and I can't wait for it to come to live servers. Though it might need a touch of bug fixing first. Some very strange kind of T-pose happens to D.Va's model on occasion. Here's me and an enemy practising our synchronised dives. 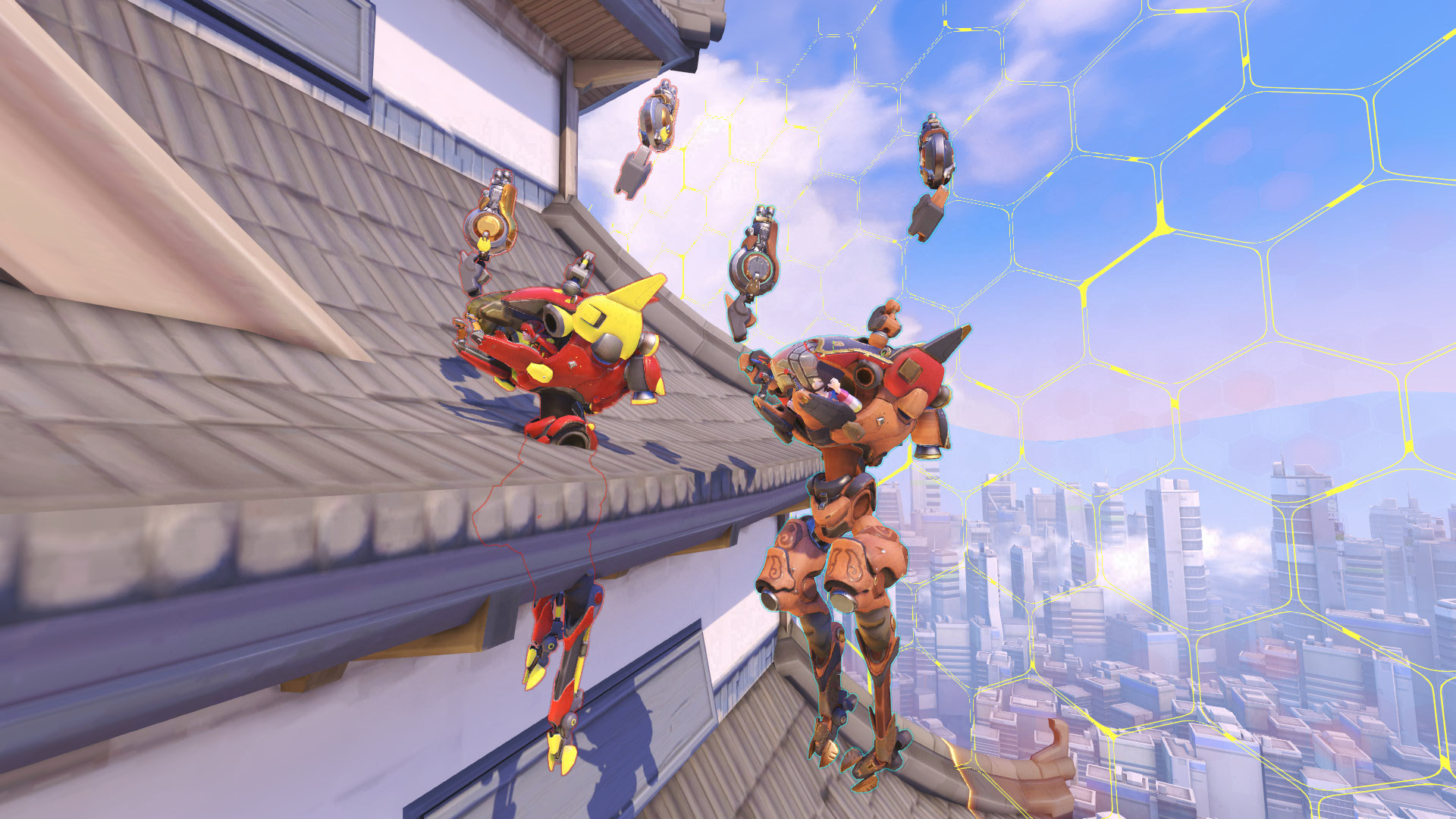