If you click on a link and make a purchase we may receive a small commission. Read our editorial policy.
Ritual Of The Moon takes around five minutes a day to play, for 28 days. This is day I'm not sure but going with three again of my diary, and calamity has been averted.

If you're just joining us, I am playing a game called Ritual Of The Moon which takes five minutes a day to play, for 28 actual days. Last week I realised that I was going to be on holiday this week and that also the save game didn't sync to the cloud, which presented me with a dilemma: start a new game, or leave the previous game to it's fate for a whole week, including daily meteors pelting the Earth, cosmic gobs of spit splattering the bus stop pavement of creation.

Everyone in comments had a lot of lovely suggestions (some of which were variations on "have a lie down, you are on holiday."). I followed one piece of advice and got Graham to send me the save from my work computer, but it didn't work out quite as planned.

I received and downloaded Original Witch, and settled her files in the right folder. All seemed well. My witch was staring at the smoking ruin of earth, blaming her own inaction for the destruction wrought by the meteors. This all tracked with e.g. four more meteors kasploding over the bank holiday weekend.

And yet. By some quirk of what was sent or what was installed, the calendar had reverted to day three of the witch's exile. Stranger still, when I went to perform the ritual, it wasn't with the same ritual items! I had the plant, the crystal, and a photograph! After some consideration, I have created the headcannon that the witch, having seen four more meteors decimating the planet she once called home, performed a dangerous and difficult spell to travel back in time and prevent the destruction. But when she arrived, things were subtly different, like how Marty McFly returned home and found out his dad was cool and Biff was waxing his car. Matt would have come up with some kind of philosophical musing on parallel lives and existence and so on, but with me you get timely Back To The Future similes.

For the rest of the month I'm going to call the witch Marty, in a cool gender neutral way like Michael Burnham from Star Trek.

She is our witch, but she is a little wiser and a little changed. In real life, we can never go back. After my most recent break up, my cousin told me that guilt is wasted emotion, because you can't change what you're guilty about, but at the same time if you don't feel guilt it probably means you're a bit of a dick. Onward and upward, Marty!

Today our ritual drawing was an ice cream. 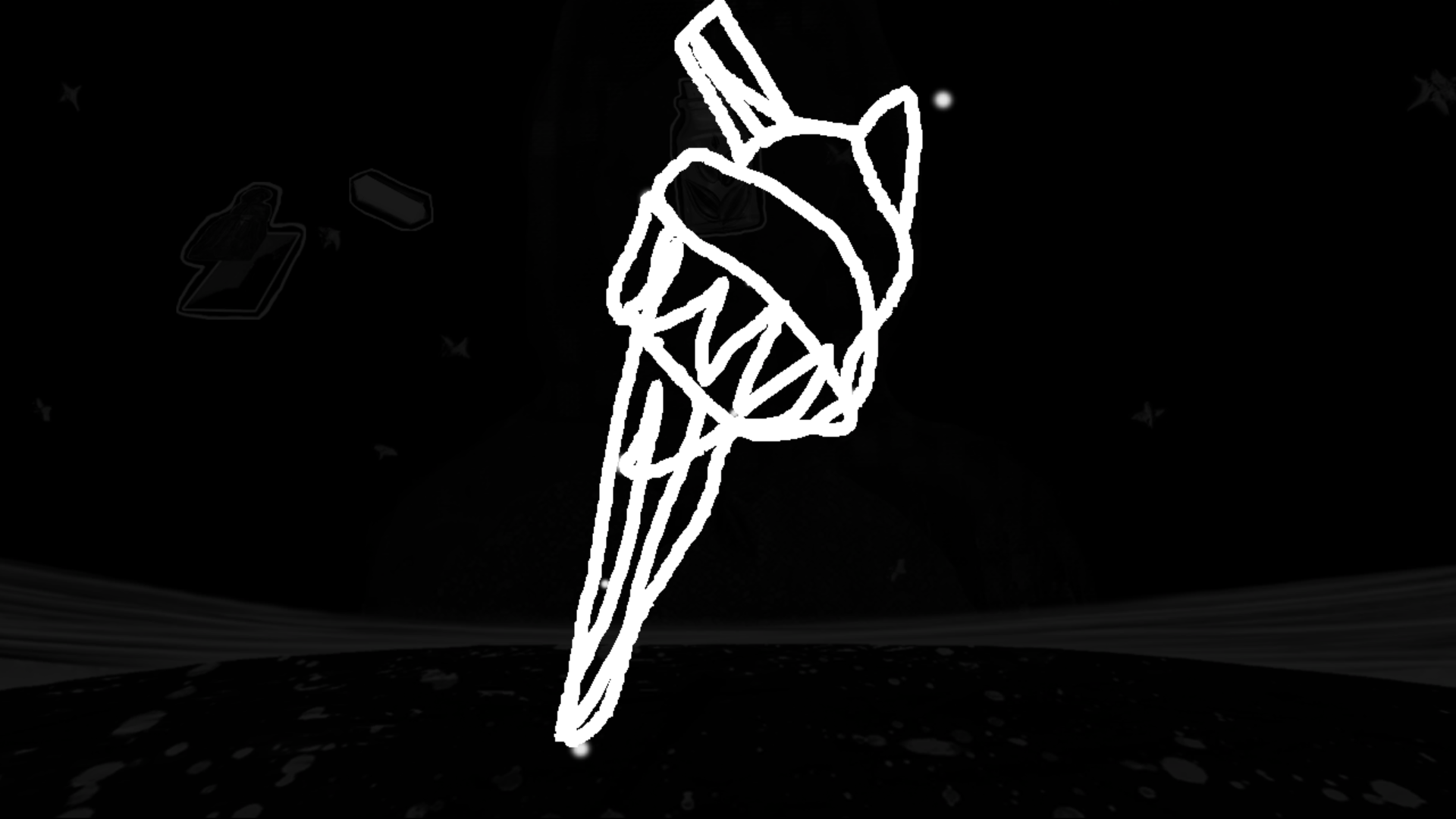 Ritual Of The Moon from Steam now