If you click on a link and make a purchase we may receive a small commission. Read our editorial policy.
Ritual Of The Moon takes around five minutes a day to play, for 28 days. This is day five of my diary.

I realised it was perhaps foolish of me to start this series before a bank holiday and a week's stay-cation, but I'm going to play the game every day while I'm gone, and will try to file a post as often as I have time to.

Today I am very tired, not helped by the fact that the office is very warm. Sorting out my thoughts feels as sticky and futile as untangling candyfloss. I think I would have liked to visit the witch at the end of the day, before I went to bed, but needs must when you've committed to daily blogging a game while at work.

She seems down. Yesterday she meditated on the idea that solitude is healing after performing her ritual. Today her thought was "I darken people's lives." But she still saved the world again! I am proud of her.

It would be very easy, because human brains like finding patterns, to tangle up the witch's life with my own. The witch is tired and sad, and I'm very sleepy and struggling today, but she managed to carry on - and so must I! I don't know if doing that would be good or bad. But she doesn't darken people's lives! She has made mine more interesting. Also she has spent most of the week making sure lives continue. It's the kind of slightly self-loathing irrational thought that starts an anxiety attack. I am worried about her, because if she gets into a bad spiral there's no one there to help her out of it again except herself. 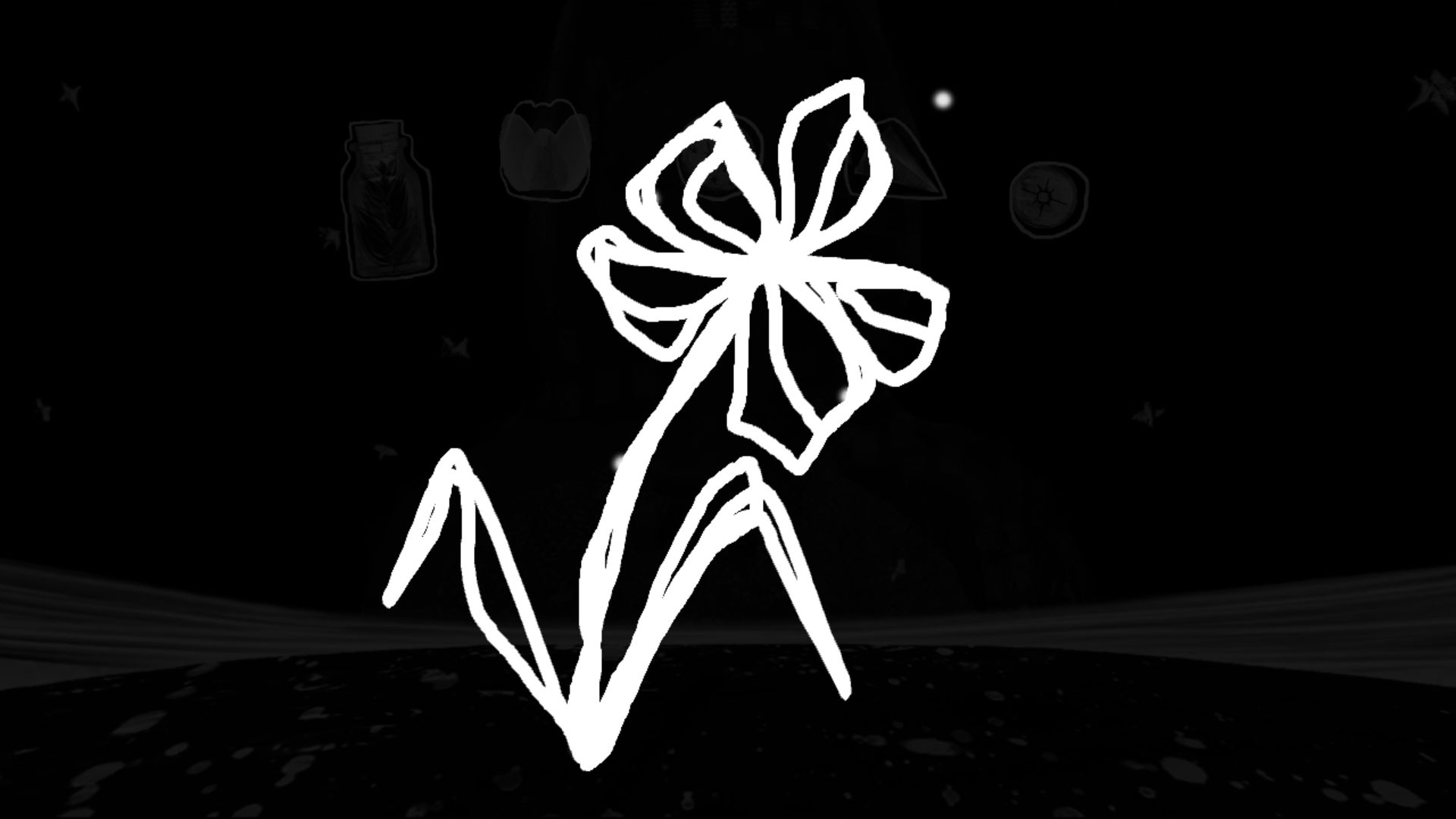 The rituals always involve a join-the-dots between twinkling stars. It's easy to make them geometric line shapes, and follow the path without deviating, but they're so simple (yesterday's was a circle) that I feel encouraged to experiment. As long as you join the dots and don't break the line you can draw whatever you want. So today I drew a flower.

Ritual Of The Moon is out via Steam on April 19th