If you click on a link and make a purchase we may receive a small commission. Read our editorial policy.
Ritual Of The Moon takes around five minutes a day to play, for 28 days. Today we encounter day five of my diary for the second time.

I had intended to make today a quiet and contemplative ritual. I wanted to spend some time listening to the sounds of the game. I think sometimes I can hear Marty Burnham the Moon Witch breathing.

Unfortunately, I overslept and rushed about getting dressed and only just had time to play the ritual before running out to meet a friend at the Imperial War Museum.

The concept of rushing a ritual is quite funny, but I can definitely see witches doing it. "Bloody hell, only got two minutes to sage the hotel room before I have to leave to catch the bus." Imagine a half arsed saging. It's the sort of thing Nanny Ogg from the Discworld coven would do. In Lords And Ladies, wannabe witch Perdita is underwhelmed by Nanny Ogg's method of drawing a magic circle, to whit: dragging her toe around in the dirt.

Also funny is that today the act of saving the world was an annoyance I had to get out of the way! I expect it is for Marty Burnham too, mind you. Imagine getting exiled and minding your own business, and then every day, without fail, a meteor happens. Like getting a new puppy and every morning it has peed in the kitchen. Except this there's not even a puppy. No small dog, but all the piss.

In place of today's ritual drawing (which was a messy tree), here is a letter from Alfie Knight, aged nine from Dublin, to Lord Kitchener, on the occasion of the First World War starting. It is in the Imperial War Museum in London. 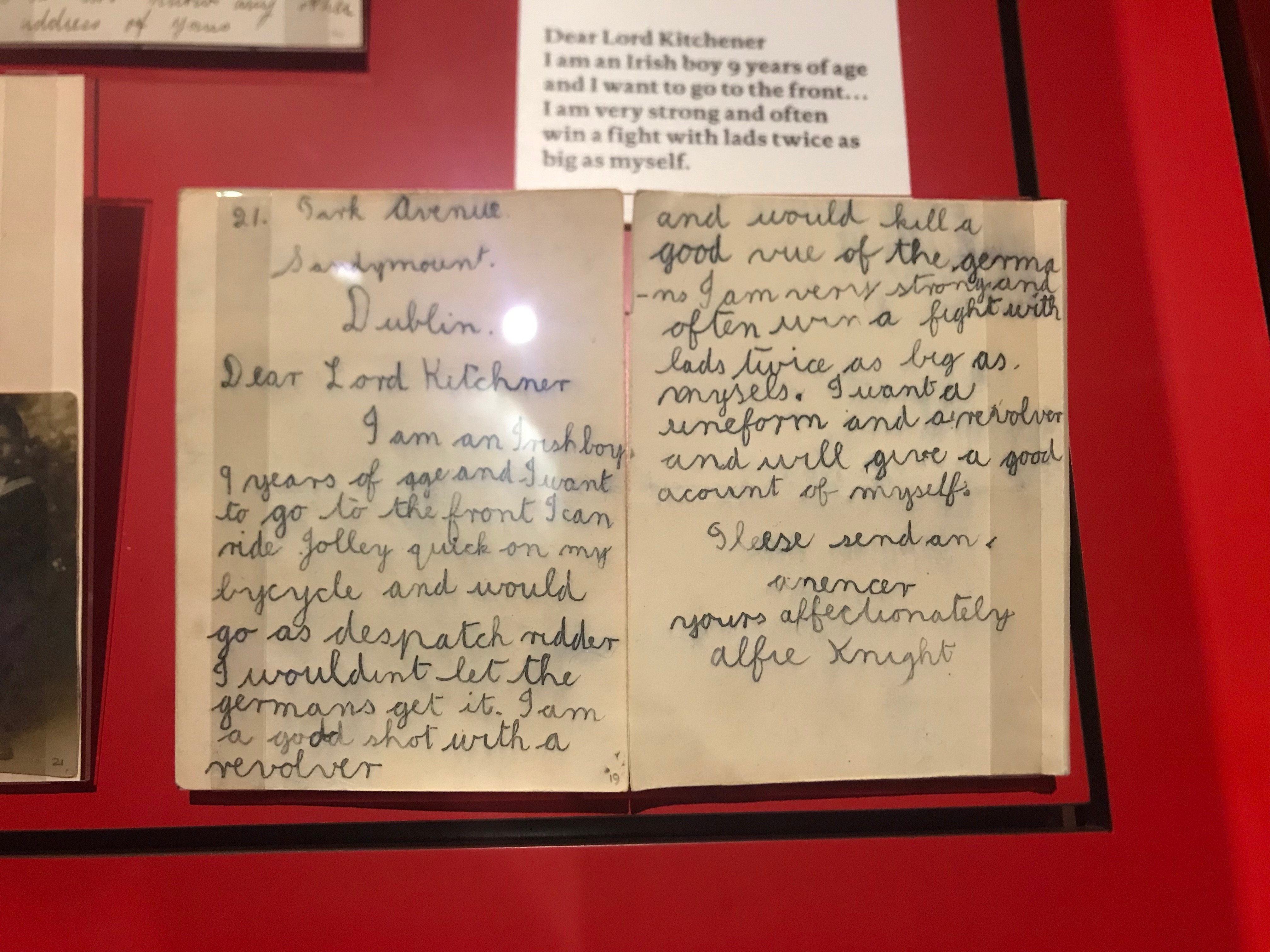 I am an Irish boy, 9 years of age and I want to go to the front. I can ride jolley quick on my bycycle and would go as a despatch ridder. I wouldn't let the germans get it. I am a good shot with a revolver and would kill a good vue of the germans. I am very strong and often win a fight with lads twice as big as myself. I want a uneform and a revolver and will give a good acount of myself.

The 'yours affectionately' to Lord Kitchener really tickled me.

(For the curious, like me, Alfie was born in 1904, emigrated to Canada when he turned 21, had two children, and died in 1988. He never saw active service despite his early and very keen ambitions, which I'm rather glad about.)