Indiana Jones movies sure would be different if the owners of the treasure he uncovered had asked him to pop on down and fetch it for them. That's what the newest Sea Of Thieves monthly update will have you doing starting today. New Gold Hoarder voyages ask you and your crew to go fetch the gold and goodies stashed by the Hoarders in hidden vaults. I suppose they're just too busy to go dig 'em up themselves, are they? More gold for me, then. If you'd missed it, this is also the update that adds dogs as a new type of pirate pet.

The Vaults Of The Ancients update is mostly focused on these new voyage types. The multi-part missions seem like they may be pretty involved. After reaching rank 25 with the Gold Hoarders, you can accept a Treasure Vault Voyage from any Hoarder rep. They'll hand over a special compass which will lead you to a series of map fragments which will in turn lead you to a special vault key. If you're a goodie pirate you can call it a day there and sell it back to the Hoarders as they asked.

If you're in for a longer quest, you can go hunt down the vault yourself. The video above shows off a bit of the vaults, which look like they'll have some familiar puzzles  from other voyagers like matching symbols in pillars. Once the vault's open, you'll have a limited amount of time to snatch the goods before the vault shuts and you're locked inside, doomed to visit the Ferry Of The Damned.

One important bit to notice in the Vaults Of The Ancients update notes is a known issue with vault doors. Apparently there's a bug that might have the vault door slamming shut on you well before time's supposed to be up. "This is purely a visual issue and the door can still be passed through until the timer reaches zero and the door shuts fully," Rare say. I've had my own run ins with Sea Of Thieves quest bugs and knowing how to shimmy your way out of being stuck is a real relief. Make like Platform 9 & 3/4 with it then. 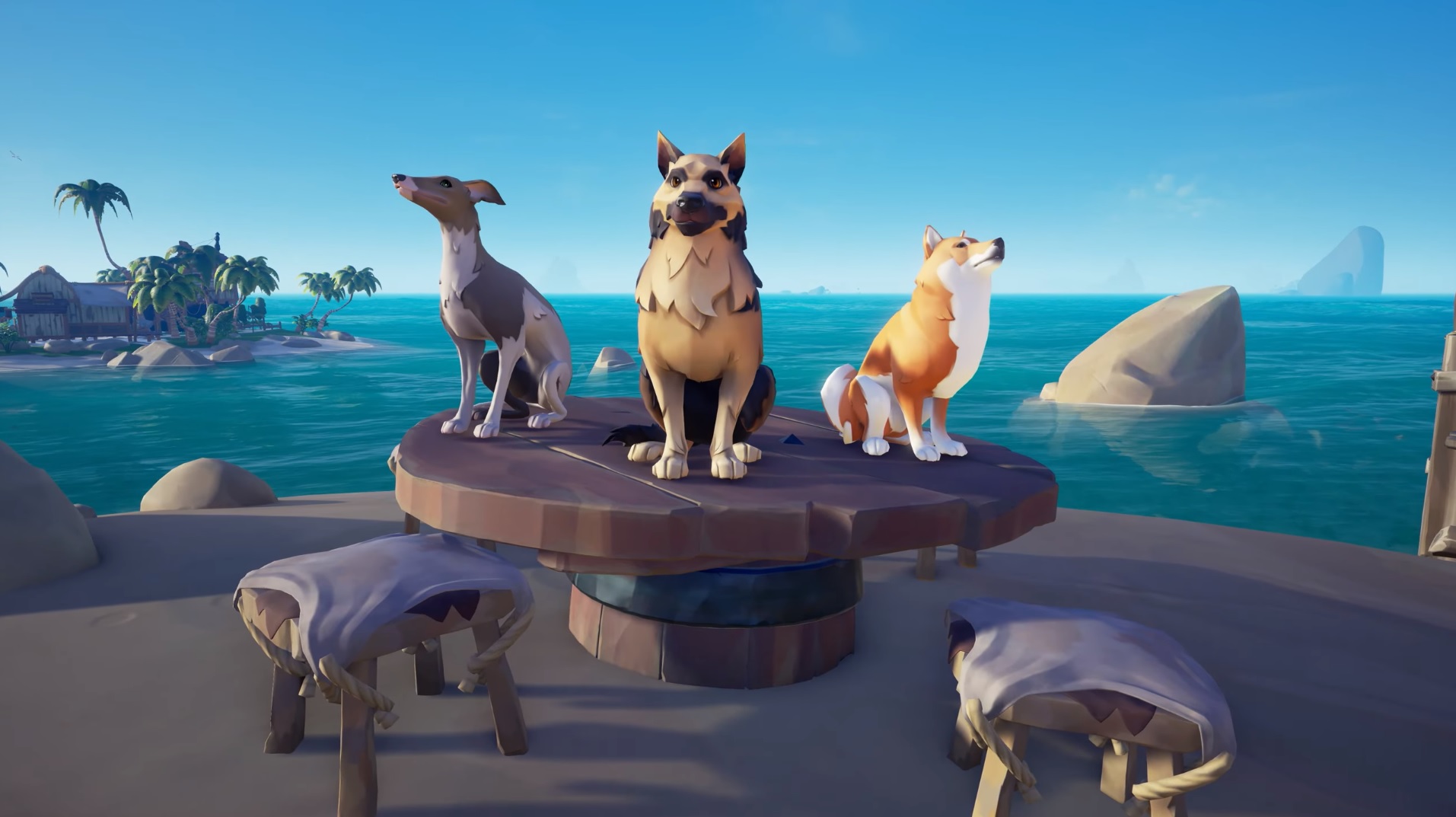 Oh, and this is also the update that's adding dogs as ship companions for those willing to shell out their real gold for one. You can find them in the Black Emporium cash shop in game. I've already gushed about petting the dogs once so I'll contain my enthusiasm this time around. I'm sure they're all very good pups. Minus the urinating on the ship deck thing, that is.

Rare have also previously gone over some of the quality of life changes coming with this update including smaller popup banners when arriving at islands and a Mysterious Notes system to help point returning players to new stuff to do.

The Vaults Of The Ancients update launches today, so you can hop in for those new voyages and new companions now.