The next big Sea Of Thieves update is right around the corner, bringing new four-legged friends, new gold hoarders missions, and loads more good stuff on September 9th. It's called The Vault Of The Ancients, and, as you may guess from the name, it's introducing new quests to explore treasure-filled vaults throughout the seas. You'll be able to uncover these with an excellent dog in tow, and there are some new accessibility and quality-of-life changes coming as well.

The incoming dogs were revealed at Gamescom last week. While they will be arriving with this update, it's worth noting that you will need to buy them from the game's premium store, The Pirate Emporium, with your real money if you want one.

So, you'll be able to get these new missions from the Gold Hoarders, who seemed to have so much gold that they didn't know what to do with it, so they stashed in ancient vaults. Players will need to find the keys to these vaults, and either return them like a good pirate, or use them to claim the treasure for themselves like a better pirate.

The vaults seem a bit like some of the puzzle rooms we've seen in the game's Tall Tales before, challenging you to find medallions and solve things to unlock an even more special treasure hidden within. 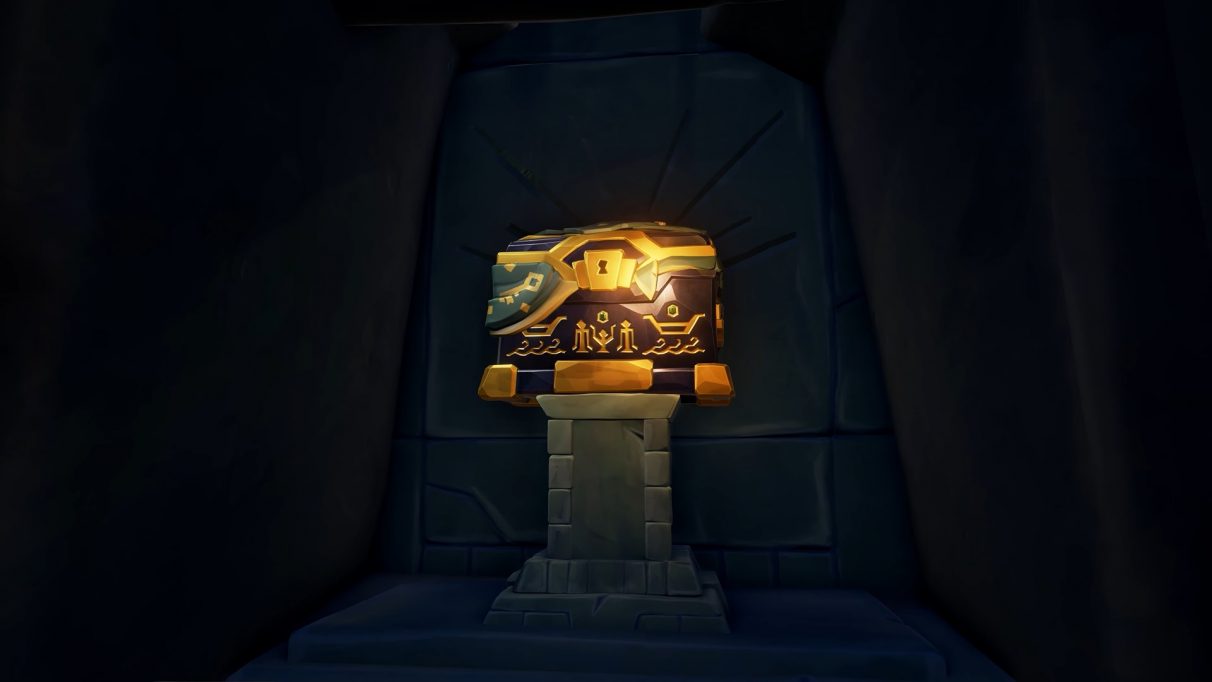 This update is also introducing a cool quality-of-life thing called Mysterious Notes. You'll find these in your radial menu near your quests at the start of your pirating sesh, and they're essentially little hints at places to go and things to do. There's so much stuff in Sea Of Thieves now, this is Rare's way of making sure new players don't miss anything if they haven't been following all the beefy updates.

A few other small but very welcome changes are on the way, too. One of which is some new and improved island reveal banners. These are the little (well, quite large) popups that come on your screen when you arrive at a new island or outpost. Not only do these remove your HUD when appearing, but in the past I've found they can cause weird framerate drops as well. That won't be the case as of next week, however, because there's going to be an option to make them much smaller or just disable them completely.

Rare drop a reminder that the Summer Of Sea Of Thieves event is still ongoing, too. It's basically a bunch of little challenges you can complete to earn various rewards, and it finishes at the end of September. Head over to the game's events hub for more info.

They also tease that they have something planned for September 19th, which just so happens to be Talk Like A Pirate Day, so keep your eyes peeled for more info on that one.

If you're after some more swashbuckling shenanigans while you wait for The Vault Of The Ancients update to drop, you could always challenge the Sea Of Thieves speedrunning community to a race or two. They're pretty fast, though, you may need to practice first.