Making your way up the tower, you'll start encountering the Ashina royal guard. These are much tougher versions of the sword wielding enemies, who use a more rigid fighting style. By far the toughest one is found alone in a dojo, sitting there waiting for you patiently. If you don't know his weakness, he will decimate your health bar with a flurry of blows, but once his weakness is apparent, he's a bit of a pushover.

This guide will give you the top tip you need to defeat the Ashina Elite - Jinsuke Saze. While it may be a stretch to consider him a boss, he does have unique attacks that none of the other Ashina soldiers seem to have and multiple health bars. You also can't escape him once the battle starts, so make sure you're mentally prepared for this fight before going in.

He only has two attacks. One is an unblockable sweep that you can just jump over and dive kick his face to deal some posture damage. However, more frequently, he'll use a devastating Ashina sword technique where he quickly slices twice vertically: One downwards and one upwards. This deals damage to you if you block it and deflecting it is nigh-on impossible due to the sheer speed of the attack. But if you don't avoid it at all, it will take out more of your health. Luckily, there's a way to... avoid it. 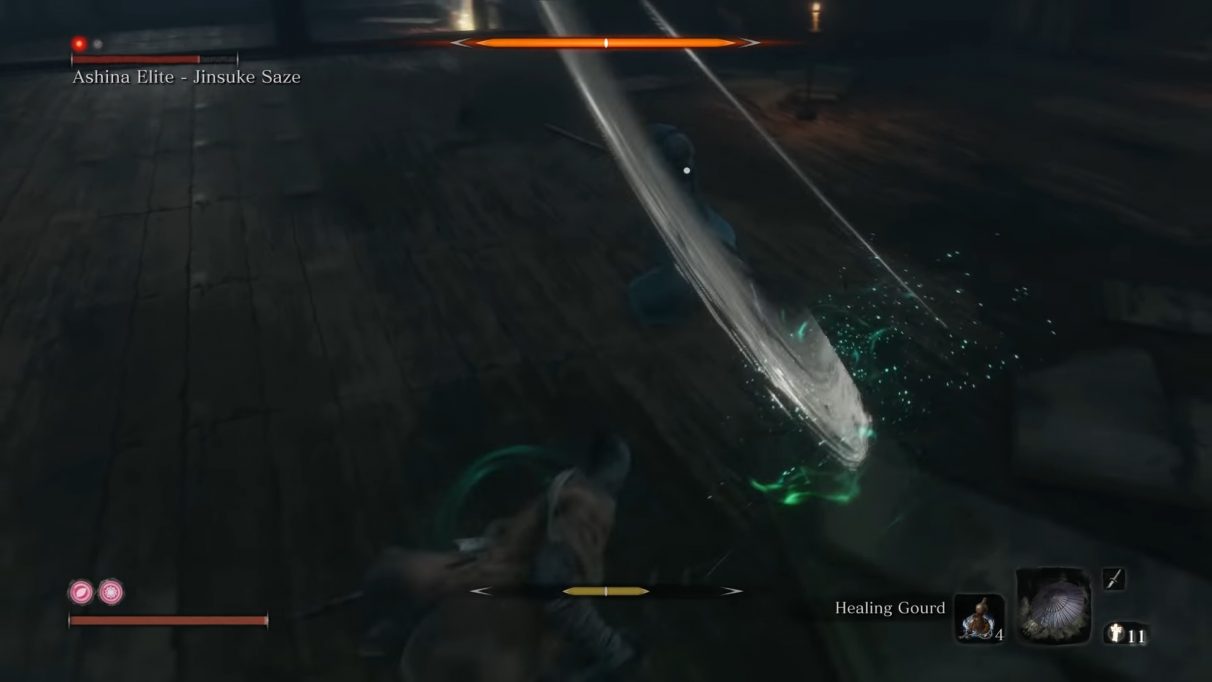 What was initially a rather intimidating encounter is rendered an embarrassing joke. Yes, it's as simple as sidestepping to the left of him. If you sidestep to the right, the sword swipes are slightly angled, meaning he can catch you mid-dodge. Dodge to the left however and you'll avoid him completely, opening him up to a counter attack. He's also really slow when walking up to you, giving you ample time to look for the telltale sign of an attack. If you are caught by this attack, it's easier to just back off a fair distance and heal up rather than tough it out, as he takes an eternity to catch up to you.

Two health bars later and he'll be finished, netting you some prayer beads, a paltry amount of experience, and some really decent items that can help with the next boss fight just up one more floor - Sekiro: Shadows Die Twice Genichiro Ashina. You can also look at our Sekiro: Shadows Die Twice Blazing Bull guide for details on the previous boss fight, should you so wish.