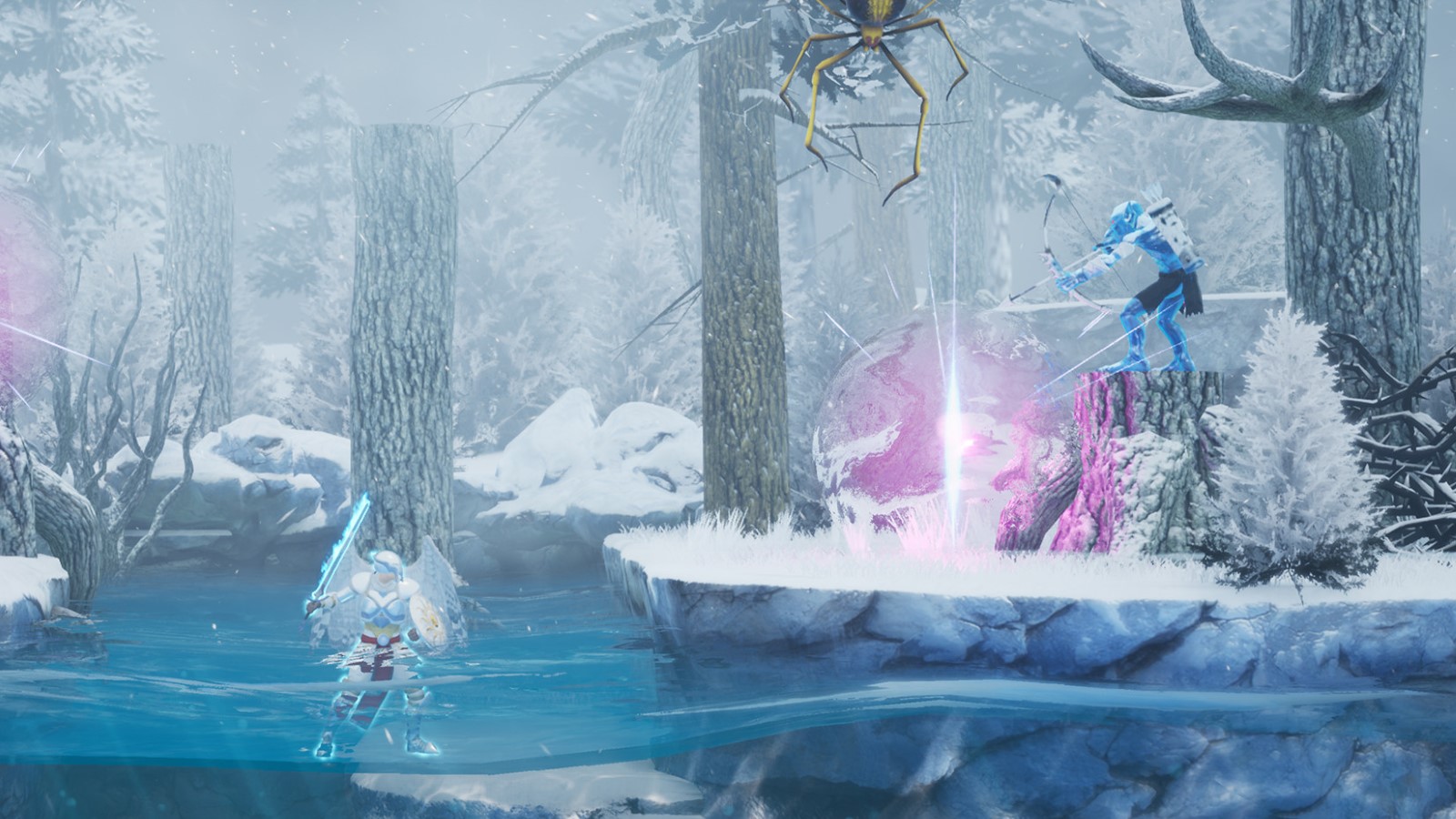 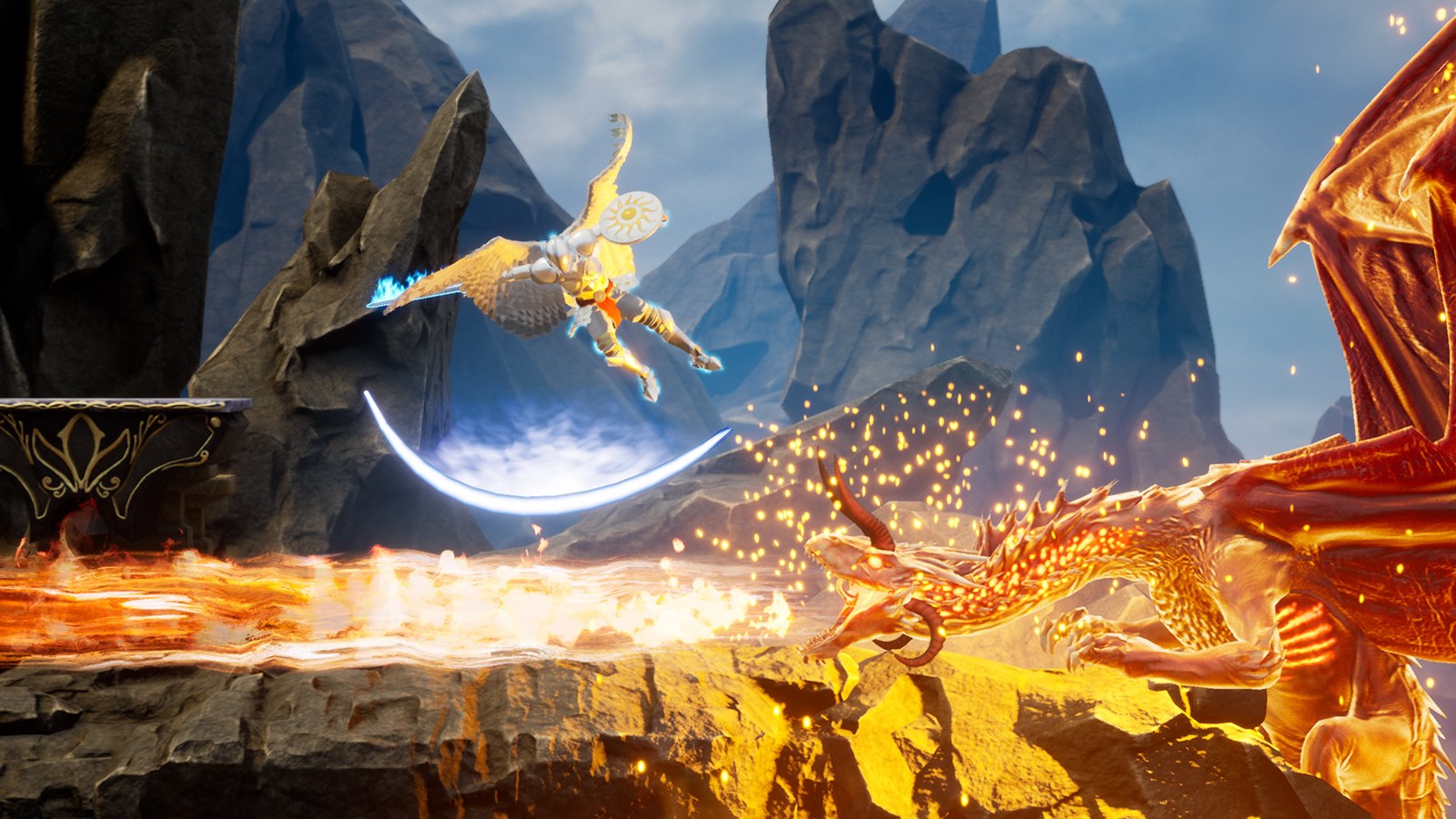 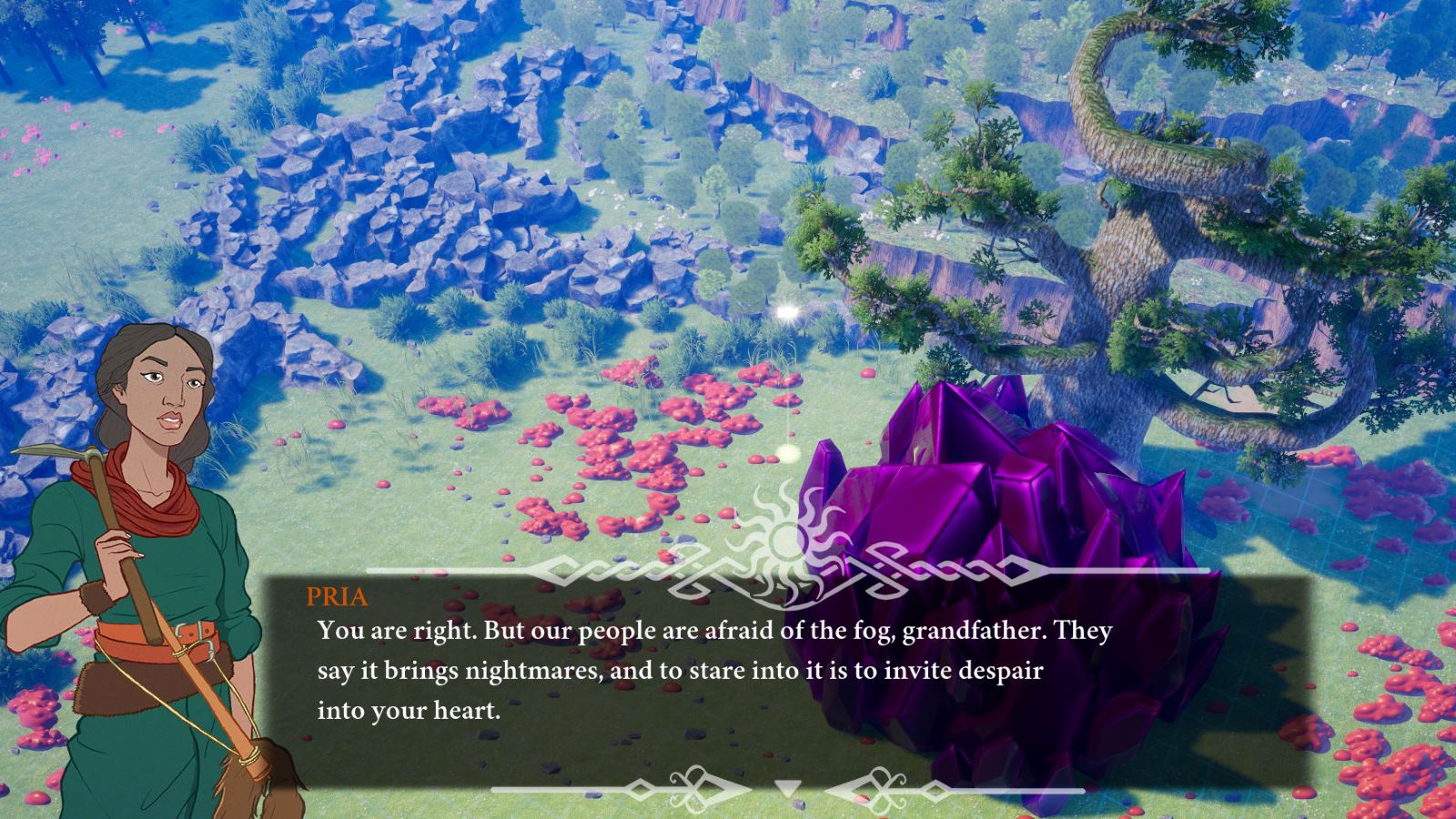 Ace Team, the loons behind Zeno Clash and Rock Of Ages, have just announced their secret project and it's just weeks away. Out on July 10th, SolSeraph is a hybrid platformer and tower defence RTS that they call "a homage to some inspiring titles from the 16 bit era". I'd guess that's a lawyer-dodging way of saying that they've gone and made a spiritual successor to SNES gem ActRaiser, right down to copying the title's capitalisation. As a fan of both the studio and ActRaiser, I am extremely excited. Take a look at the announcement trailer below.

For those who've never played Quintet's original ActRaiser, it was a game of two halves. You played as a godly avatar, send down to the earth to slay demons and reclaim the land for your worshippers in platform hack n' slash format. Then it transformed into a lightweight town-building RTS, with you defending your villagers from wandering monsters as they expand outwards to open new platformer stages. SolSeraph looks very similar with a few new twists, including some interesting godly powers (like biblical floods) usable in the platformer section.

The biggest divergence from the old SNES formula appears to be in the strategy section, which makes sense. While platformers honestly haven't changed much over the decades, real-time strategy was a half-formed concept back then. SolSeraph's take on it appears to be more tower defense-ish, with the monsters heading down fixed paths and requiring bopping before they stomp all over your dutiful worshippers.

On that note, the worshippers themselves look more interesting than anything in ActRaiser. Each of the five regions is populated by a different tribe, inspired by cultures around the world. Ace Team roped in writer Jonas Kyratzes (The Sea Will Claim Everything, The Talos Principle, Phoenix Point), so I'm expecting some subtlety between the bombastic action sequences. It's strange, seeing a new ActRaiser (if only in spirit) after all these years. Weirder still, SolSeraph isn't the only one. Keep an eye on Smelter by XPlus, due next year, for similarly divine kicks.