Overwhelmingly anime vampire hack n' slasher Code Vein isn't quite ready to see the light of day. Bizarrely citing positive reception from players as their reason to extend development, Bandai Namco have opted to nail the game back into its coffin until next year.

Officially slipping from September 28th release date to a far more mysterious "2019", those hoping to sink their fangs into it at Gamescom next month find nothing but dust and bat guano where a playable demo was intended to rise. Bandai Namco's VP of Marketing and Digital Hervé Hoerdt had this to say:

"Code Vein has received an enormous amount of positive feedback from eager fans who have received hands-on time with in-development versions of the game over the past nine months. Armed with knowledge of how well the game has already been received, we made the decision to postpone the release of Code Vein to further refine its gameplay in an effort to exceed the expectations fans already have of the title. It was a difficult decision to make, but we feel it is the correct one."

While I'm quite looking forward getting to grips with Code Vein's combat systems, its excessive goth-anime aesthetic mostly makes me giggle. I'd describe it as a blend of Dark Souls and Bloodborne, but with absolutely none of the subtlety or nuance of either. There's nonsensical architecture, anything-goes boss design and as much gratuitous cleavage as they can get away with while technically keeping its protagonists clothed, none of which I'm actually opposed to - it's a very earnest silliness. 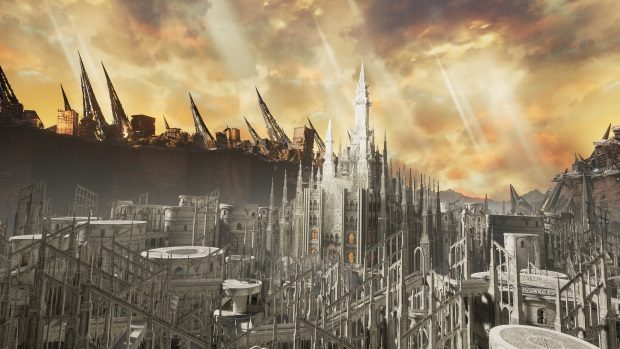 Case in point, this amazing bit of maximalist environment design above, which appears to be what happens when someone copy-pastes Dark Souls's famous Anor Londo onto itself without rhyme nor reason. Is it still a flying buttress when it's not buttressing anything? Does that make it just flying? I'm not an architect, but I'm fairly sure that's not how any of this works. 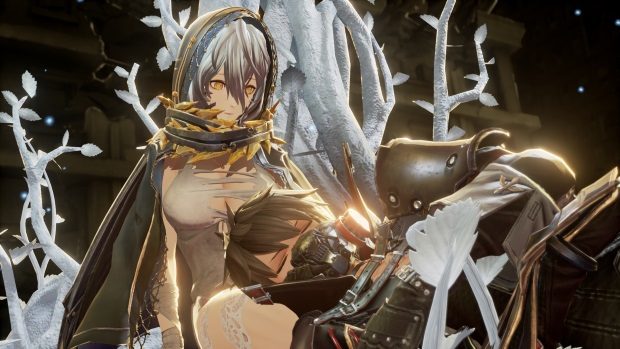 Also, the lady's breasts up there appear afflicted with a very specific form of anime vampirism which causes them to consume fabric. They're clearly dangerous and trying to escape, and are closing in on that poor man's head as we speak. 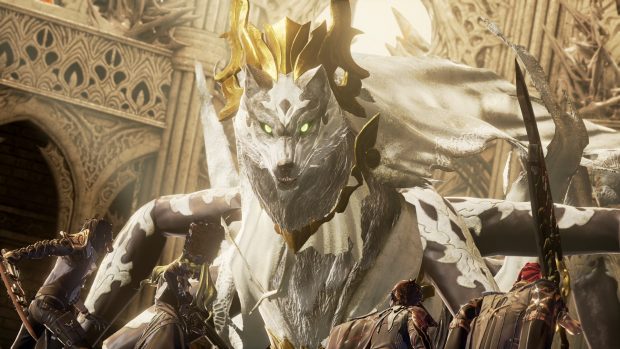 It's not all horrifying, though. It's nice to see Bloodborne's Vicar Amelia still finding work, and she's found some nicer clothes too. Hard to find the right size when you're a house-sized wolfbeast.

I could go on (there's another two bosses that look like a lady versions of Dark Souls's Ornstein and Smough), but I think it's clear enough that Code Vein doesn't so much wear its inspirations on its wrist as has them tattooed over every inch of its form. I'm still looking forward to playing it in all its ridiculously excessive glory. Here's hoping that the extra time in the shadows does it good.