The current Steam Summer Sale 'grand prix' gimmick is bobbins. Better than last year's risible Saliens, but even Valve reckon they've beefed it here. In a Steam Blog post tonight, they admitted that "We designed something pretty complicated with a whole bunch of numbers and rules and recognize we should’ve been more clear. We want to apologize for the confusion that this has caused, and also apologize for the broken mechanics that have led to an unbalanced event."

While an overly complicated way to earn a £5 discount coupon is an issue in itself, it seemingly led to people stripping smaller games from their wishlists in case they win the randomly chosen sale special prize. After several smaller developers noticed a sudden drop in the number of people wish-listing their games, Valve have clarified that this isn't necessary either.

As well as cleaning up the rules and re-balancing the sale event, Valve posted a little animated GIF illustrating what to do instead of deleting things from your wishlist. Users need to switch to Ranked Order mode on the wishlist page, and put their most wanted games up top. If you're chosen for a prize, you'll receive something from the top. As pointed out by Gamasutra, there's some debate amid developers as to whether the dip in wishlist numbers was an effect of the sale or just a coincidence. Whatever the case, Valve felt they had to step in to explain it, which isn't exactly ideal. 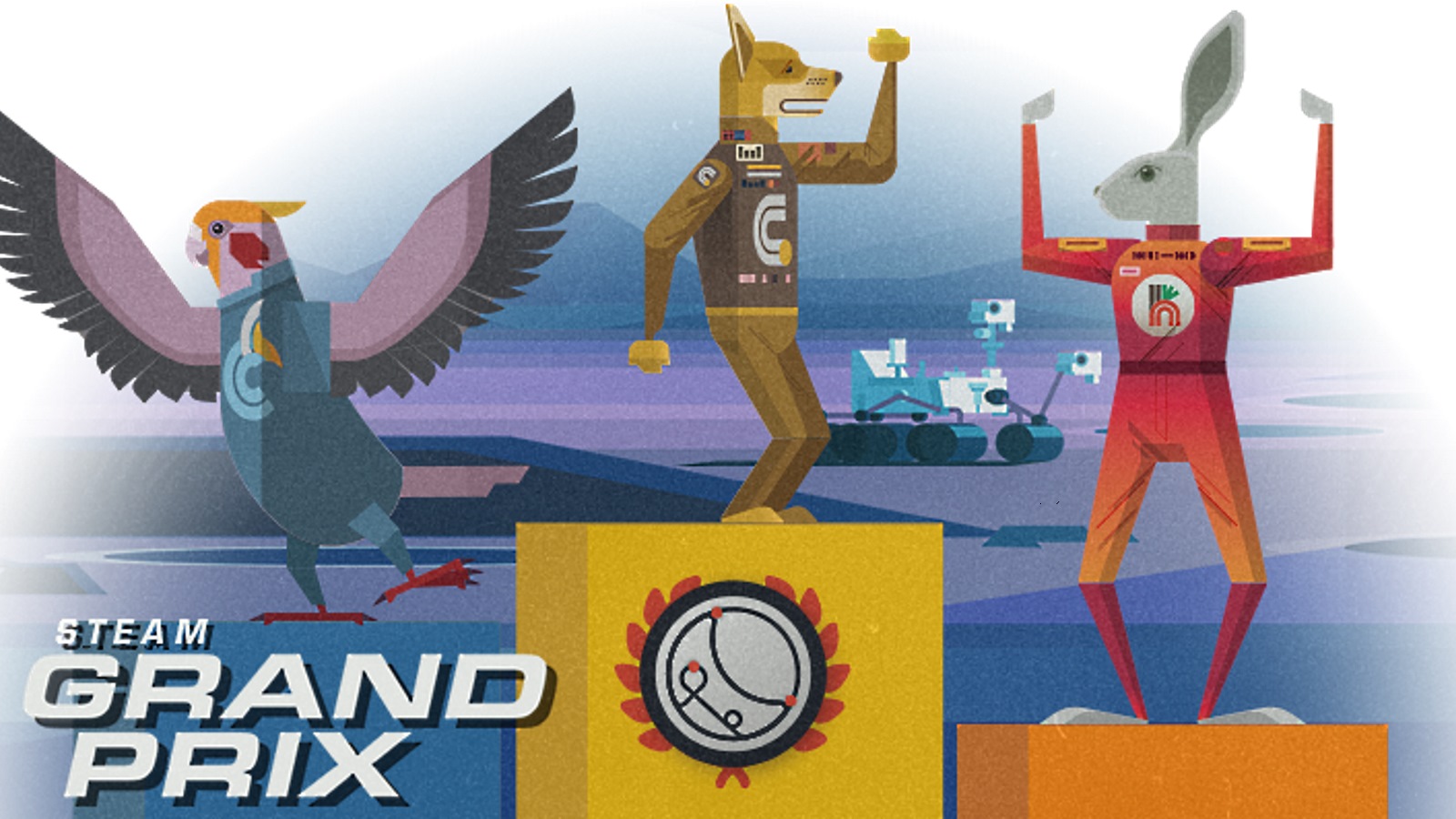 As for earning that sale discount, the easiest way I've discovered is this: Find a game you've played and earned a bunch of achievements in. Reinstall if needed, then play for half an hour or more if you haven't in a few days. Go into the Grand Prix page on Steam on the store, scroll down to the "Play any game with Steam achievements" and there should be a button to claim points from what you were just playing. Now you can go back to the top of the Grand Prix page and mash the button to spend those points on 'boosting' your team.

Earn 15,000 total (which may take 6-7 games with a bunch of achievements each) and you can trade it in for a £5 discount on the Pit Stop page. It appears that the maximum number of tokens you can earn is limited, so you should only get the one £5 coupon, and that is a lot of fuss for a fiver. Still, I used mine to nab myself Darksiders 3 for a hair over ten quid.

Update: Apparently there's a cap to the total number of points you can earn, and it's based on amount spent. So it's probably not even worth trying if you've not got a well-stuffed account to begin with.

Alice Prime assembled a handful of treehouse crew recommendations if you're not sure what to grab. Definitely less confusing than this corgi racing nonsense.