The yearly D.I.C.E awards are officially wrapped for 2019's games and a familiar bandit reportedly sneaked into the event. Well, as much as one's sneaking when they've been nominated for a handful of awards. The Untitled Goose Game had its non-name thrown in the hat for Game Of The Year and the Academy of Interactive Arts & Sciences membership voted it in as winner. Congrats, horrible goose. Go add that shiny trophy to your collection of other stolen goods on top of the village bell and that lad's glasses. You've done good.

Untitled Goose Game was up for Game Of The Year alongside Death Stranding, Control, Disco Elysium, and Outer Wilds (not worlds) which seems like a plenty diverse set of games, at least in terms of scope and budget. Like its namesake up against a village all chasing it down, the goose game outmaneuvered its fellow nominees to slip out victorious. The developers at House House are also taking home awards for "Outstanding Achievement For An Independent Game" and "Outstanding Achievement In Character" awarded to the goose itself of course.

Yon horrible fowl is one of RPS' own games of the year for 2019 for its great twist on stealth and honkin simple comedy. In her Untitled Goose Game review, Katharine calls the goose a "devious and thrilling villain to behold" and says "the level of detail that’s been poured into each of his hapless victims only serves to make them all the more endearing when you come flying in and take a giant dump on their perfectly ordered lives." The goose is good. It is known. 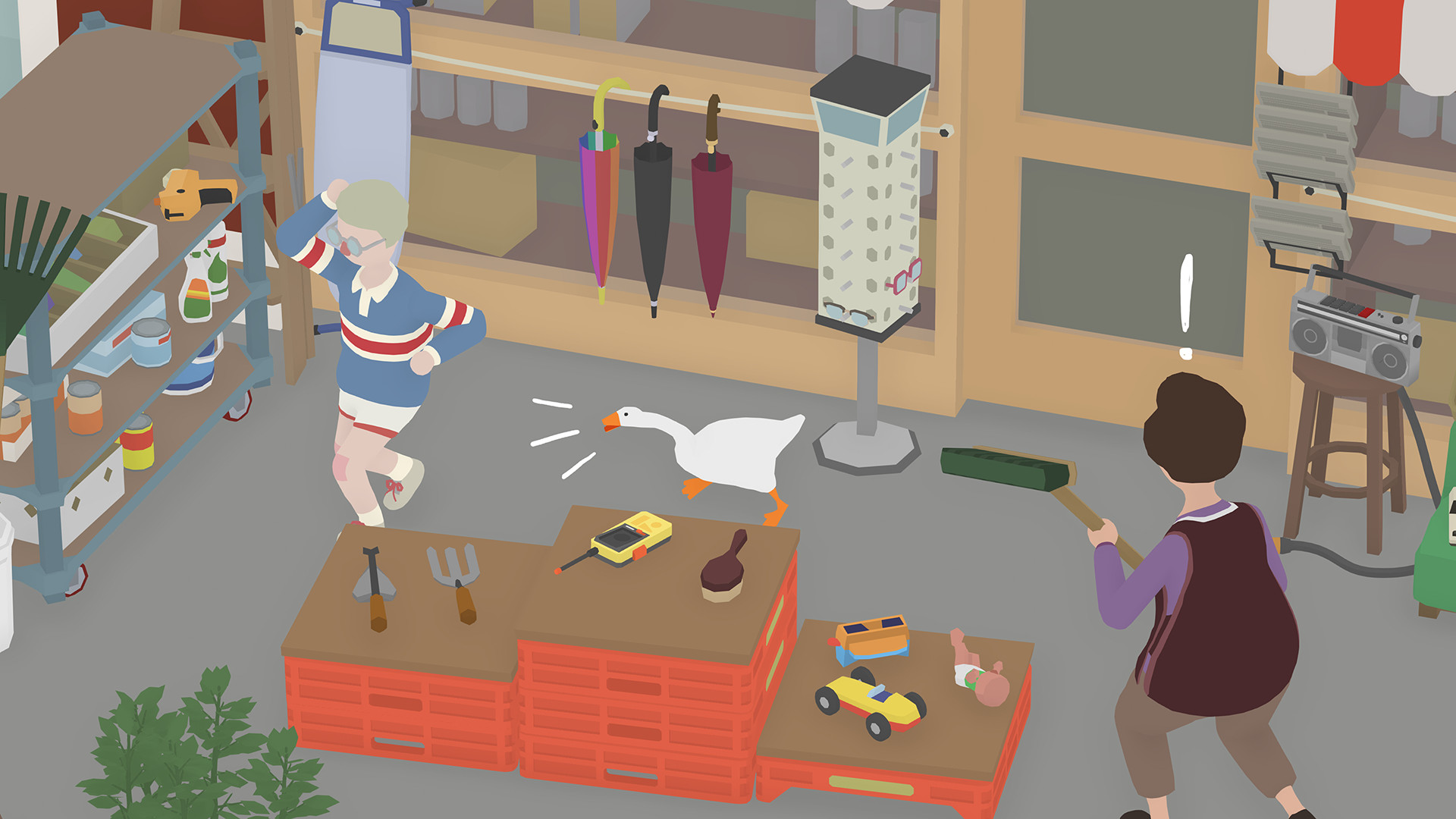 The Goose Game is joining a pretty long line of mostly very large games from very large publishers as Game Of The Year winner—at least so far as the D.I.C.E awards are concerned. The last properly small team to nab the award seems to have been Thatgamecompany in 2012 with Journey, though they were also published by Sony on that one. Way to be a combo-breaker, goose.

The goose's compatriots mostly went home with awards of their own, despite not catching the big 'un. Death Stranding won out in sound design, Control in game direction, and Disco Elysium in story. Outer Wilds was nominated in several categories but didn't win out in any. Here are the rest of the categories and their winners over on D.I.C.E's site.

That's all till next year's fancy academy awards of gaming. Good on ya, goose.