The Division 2 rolls out its first major update tomorrow, starting a mini-season of content Ubisoft and Massive are calling Invasion: Battle For DC. Broken up into three updates, tomorrow's adds the Stronghold mission to take down the high-tech Black Tusk faction, a new World Tier with new invaded missions and a new PvP map. On April 25th, the game is due its first eight-player raid plus the first season-pass-exclusive Classified Assignments. Due later (but not dated) is the fourth Specialisation sub-class, seemingly letting players carry a minigun, because subtlety is overrated.

There's a lot due in tomorrow's update, but you'll need to grind a bit to get to it. The Tidal Basin stronghold, featuring some high-tech fortification and Black Tusk's enormous hovercraft carrier, won't unlock until you've wrapped up all the regular Stronghold missions on World Tier 4. The new Stronghold includes drops for two new Exotic weapons and three new armour sets. Beyond that, World Tier 5 features the new Heroic checkpoint-free difficulty setting, new Invaded missions that change weekly and new maximum gear score of 500, for even more grinding.

It's a good thing that running around and shooting stuff in the game is so fun. I second Brendan and his Division 2 review in saying that the game has almost no story to speak of (an impressive feat for a huge mega-budget game), but manages to make up for it by being a very fun co-op shooter. Due later this month is the first eight-player raid, Operation Dark Hours, which Ubisoft have said is far more involved and teamwork-oriented than anything currently in the game. There's even going to be some puzzles to solve, adding to the game's growing list of mysteries.

All of this stuff including future episodic updates will be free for all, except for the Classified Assignments, which we know very little about, but apparently build on the city's backstory. Those are the sole item fully exclusive to the season pass. Future episodes will be locked behind the annual pass for one week before becoming available for all, and unlocking new specialisations will be possible through grind. So long as they stick to their guns, that's a big step up over the first game's DLC splitting the player-base into thinner slices with each release. 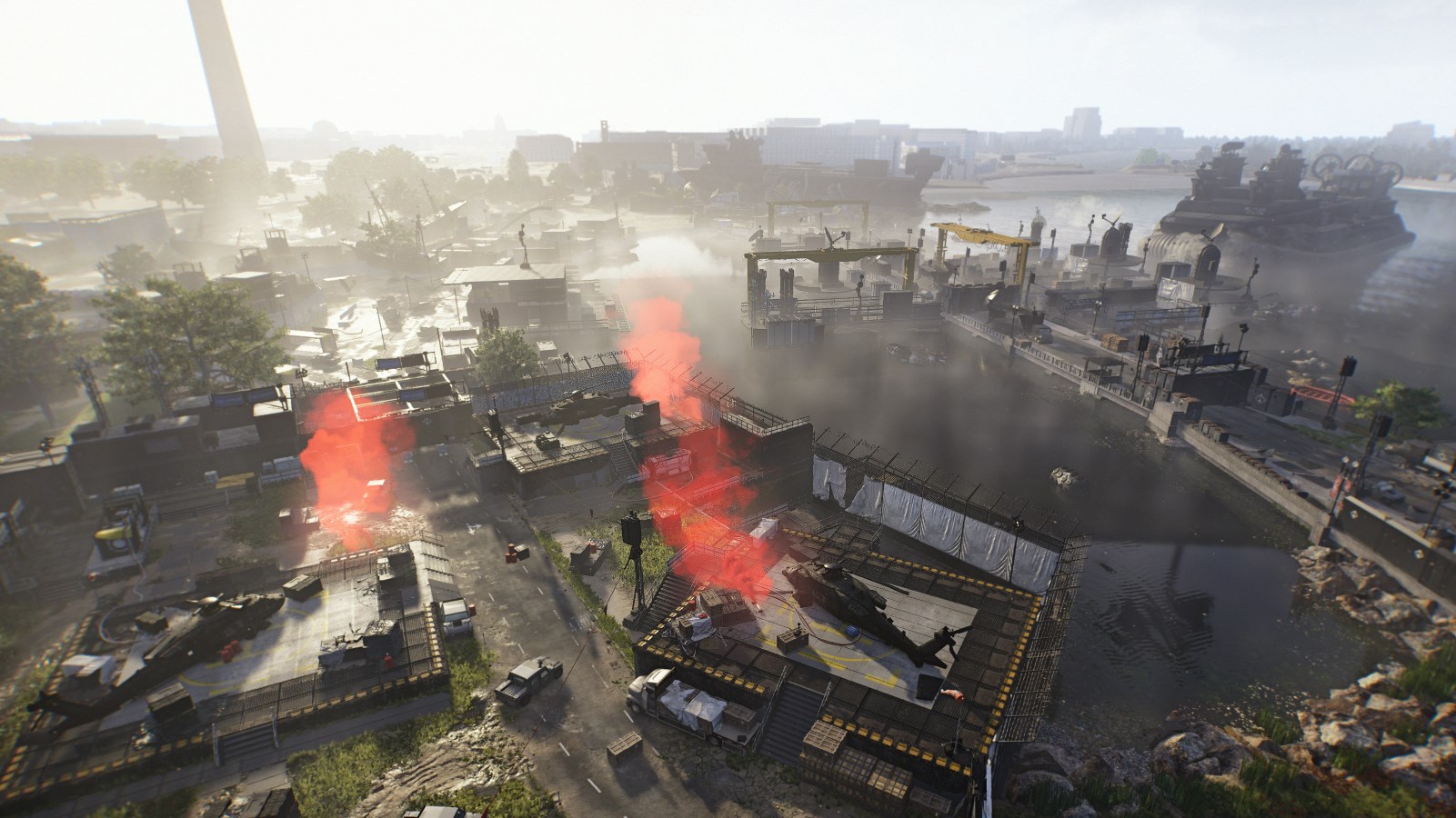 After Invasion: Battle For DC, there's three seasonal updates planned. In summer we're going outside the walls in DC Outskirts: Expeditions. Autumn is bringing Pentagon: The Last Castle, and the Winter update is a mystery, but PC Gamer reckon we're going back to New York. My hope is for Ubi to expand the two 'secret' enemy factions (creepy silent, chain-dragging sewer dwellers and urban trash-vikings) into full-fledged villain groups. They're too interesting to relegate to the literal dark corners of DC, although expanding their influence might undermine the impact of encountering a lone chainsaw-wielding lunatic at night.

The first update in the Invasion: Battle For DC series launches tomorrow. If you need to catch up in a hurry, Ollie Toms has a guide to clawing your way up the World Tiers and beating the snot out of the robot-assisted Black Tusk mercs.