Whether or not the Overwatch League should implement hero bans has been a hot topic among fans and professionals lately. Those who are behind the approach believe it'll mix up a stale meta, but it's hard to say for sure until we see it in action.

Luckily, some players will be taking it for a test drive (albeit unofficially) in tonight’s Tournament of Future Champions, run by Dallas Fuel and Team Canada coach Justin "Jayne" Conroy. Before a map begins, the two teams will be each able to select one character to eliminate from play, and one to be protected from bans.

The concept of hero banning is most familiar from MOBAs like Dota 2 and League of Legends - games with far more characters than Overwatch. That's the main reason it hasn't yet been officially considered for the game, according to lead designer Geoff Goodman. He recently stated that it wasn't impossible the system could be implemented in the future, but that they “would need a much deeper hero pool for that to ever make sense.”

Nonetheless, with demand increasing, it’s not especially surprising that an unofficial tournament would want to experiment with the format.

The current top-level Overwatch meta revolves around an unpopular-but-powerful composition called “Goats” – named after the team that popularised it – or “three-three” for the fact that it comprises three tank heroes and three supports. This is what pro-hero ban advocates hope to overcome. It's worth bearing in mind, though, that the trend has already proven flexible around its original framework, with a number of variations popping up depending on the situation.

Today’s Korean Contender’s finals, for example, featured at least two common variants, one that drops mech tank D.Va, for a damage dealing hero, Doomfist, and one that swaps a support for disruption queen Sombra. Tanks themselves are also often varied, with shield knight Reinhardt interchangeable with space hamster Hammond or scientist monkey Winston depending on the scenario. 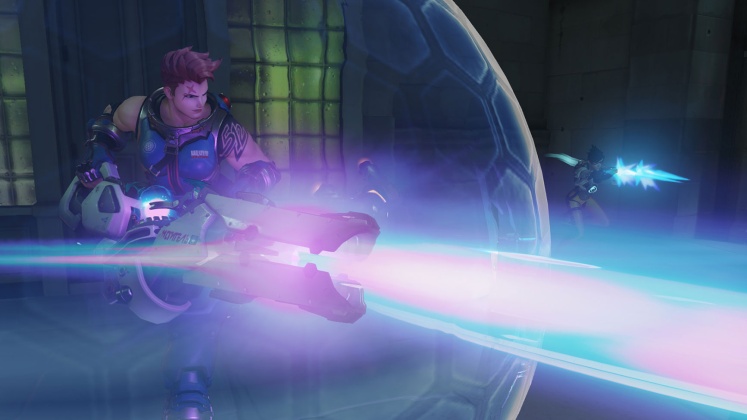 There are also a range of non-Goats compositions being played across Contenders, but it seems like if teams do want to stick to the three-three, they could adapt to any heroes that are locked out. On the other hand, you can expect plenty of teams to try to remove current punching bag Brigitte (who follows in the footsteps of Mercy and Symmetra as the game's most hated hero), which might be more difficult for Goats-minded teams to overcome. Then again, that's what the protected pick is for.

An interesting experiment, then, and one that adds an intriguing extra component to games. One of the tournament's casters, Jennifer “LemonKiwi” Pichette told Dot Esports that the system “rewards teams who study the enemy, who expand their strategies on maps, and can flex their hero pools to fit the situation. It’s a battle of adaptability.” Even if the tournament doesn't manage to break the meta, it'll be fun to see how teams attempt to disrupt one another.

The Tournament of Future will be broadcast on Jayne’s Twitch today (Saturday 19th January) at 11pm GMT and tomorrow at 5pm.