"Dearest Alice, I do not play video games but fear I am insufficiently aware of my own mortality and am exploring every avenue to remedy that," begins one of the many letters I received in the post this morning seeking my advice as a reputed expert in the field. "Which gaming platform would most frequently remind me that my youth is so very far behind me and all flesh is grass?"

Well, Margo From Bishop's Stortford, PC gaming can definitely help you. Observe how the assembled commenters wail, weep, and tug at their scant remaining hairs as I say this simple sentence: Unreal came out twenty years ago today.

"What is Unreal?" Well Margo, right now you can download it for free to see for yourself.

On May 22nd, 1998, Epic MegaGames (a name they should absolutely return to) and Digital Extremes (now best known for Warframe) released Unreal, a first-person shooter about a spaceperp whose prison ship crash-lands on an alien planet, leaving him to shoot some aliens and not shoot others. It was very fancy (and a touch gaudy) at a time when graphics technology was advancing in breathtaking leaps, and our John will tell you "it's one of my favourite shooters ever."

Unreal was billed as a "Quake killer" by members of the games press who felt aggrieved because they didn't have an exciting rivalry like Blur vs. Oasis to stoke, and who had nothing better to do because Twitter took ages to load on dialup.

Multiplayer spin-off Unreal Tournament arrived in 1999, chased by many sequels, and Unreal II: The Awakening followed in 2003.

Ah but Unreal wasn't just a game, it was also the debut of a game engine which would become the foundation of so very many games. These days, Unreal Engine powers such famed unUnreal games as Playerunknown's Battlegrounds, Fortnite Battle Royale, Ark: Survival Evolved, Rocket League, Tekken 7, What Remains Of Edith Finch, XCOM 2, 50 Cent: Blood On The Sand... if it's fancy-lookin', there's a fair chance it's using Unreal Engine. 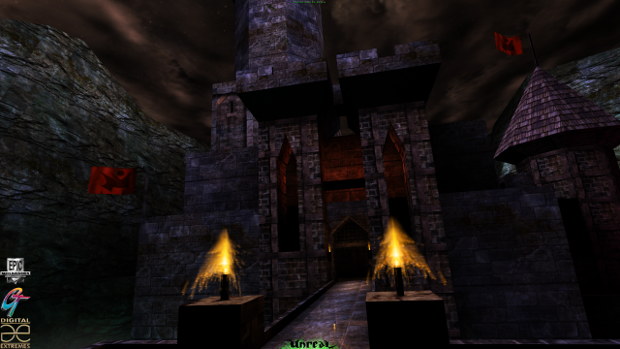 To celebrate Unreal's twentieth birthday, Epic are giving Unreal Gold (which includes its expansion) away for free. You can nab it for keepsies from GOG (look for the banner at the top) and on Steam. This giveaway will end at 6pm on Thursday the 24th.

I'd recommend using the fan-made Oldunreal patch, which adds support for newer renderers and other handy technoguts. Oh, and if you just want to revisit Prisoner 849's old stomping grounds, JP LeBreton's tourism mod will let you potter unmolested.

What to listen to at this birthday party? Epic point to this tune, a remix by Shivaxi and Xenofish of an unused Unreal soundtrack song by composers Michiel van den Bos and Alexander Brandon.

Play, dance, and be merry, Margo, for tomorrow we die.