Freelancer Cian Maher has already taken a look at Valorant. He called it, not without reason, "CS:GO with an Overwatch reskin".

Riot's first ever shooter pinches its format and insta-killing weaponry from Counter-Strike, then sprinkles in Overwatch-style abilities. Cian liked it, overall, but felt it needed to be more distinct. "It’s not as good at doing what either of those games specialise in", he said, "and it’s certainly not making a case for a hybrid entity drawing from both."

I disagree. Come on, Cian, let's do a fight.

I adore Valorant's abilities, mainly because of how often they make me go 'if only I'd done that'. If only I'd teleported over there, or tried to blind my opponent through that wall. If only I'd timed my flash better, or blocked off that angle with a lava puddle. Multiplayer games live or die on their if onlys, and for me, straight-up shooting too often boils down to 'if only I'd shot the man faster'.

Valorant's abilities subvert that. They give me a way in, an opportunity for cleverness to make up for imperfect accuracy. If only I'd hopped up to that crate with Jett's super-jump, I can say. Or better yet, if only I'd pretended to hop up to that crate with Jett's super-jump, knowing the audio cue would fake my enemy out and let me gun them down from the ground. Shooting tastes so much sweeter with a side of trickery. 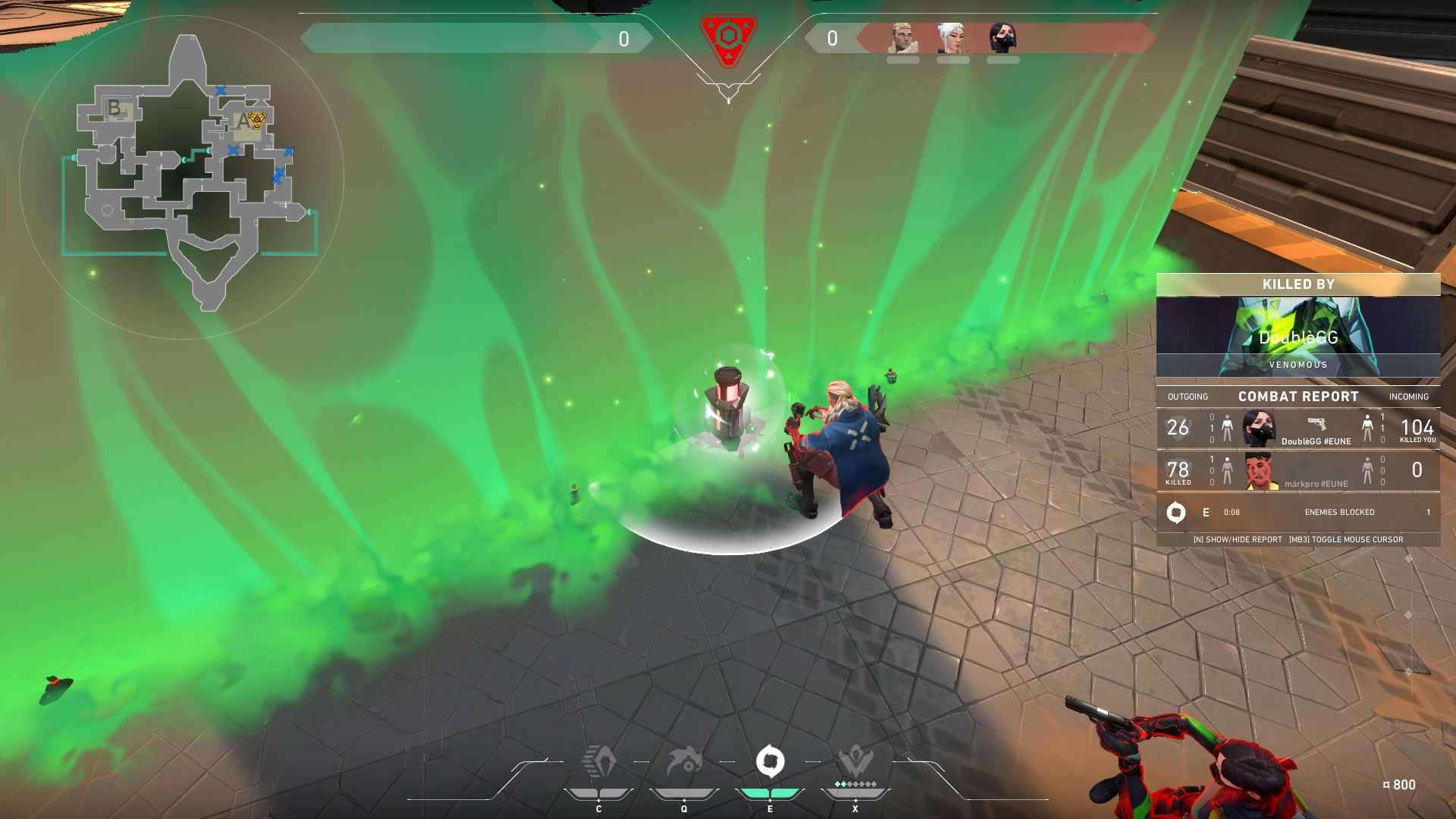 I say "side", because in Valorant gun games still take precedent over mind games. As most of the leaderboards in my matches will attest to, anyone who's sunk more time into CS:GO than Overwatch definitely has the upper-hand. A bullet from the Vandal, essentially an AK-47, kills in a single headshot. Graham tells me that's actually even deadlier than in Counter-Strike, where helmets offer a little more protection. Attempting to use an ability when I should have just plumped for a gun has got me killed many, many times.

At other points, though, they've won me games. Especially ultimate abilities, which you charge up by landing kills or hoovering up orbs dotted around the map. My current favourite character, Omen, can teleport to any point in the map. Using it to sneak up on an enemy team is a thrill, and when it goes well I get to feel like a hero. Sometimes it doesn't go well, because someone noticed my ult was ready (it's displayed on the scoreboard) and decided to lie in wait. 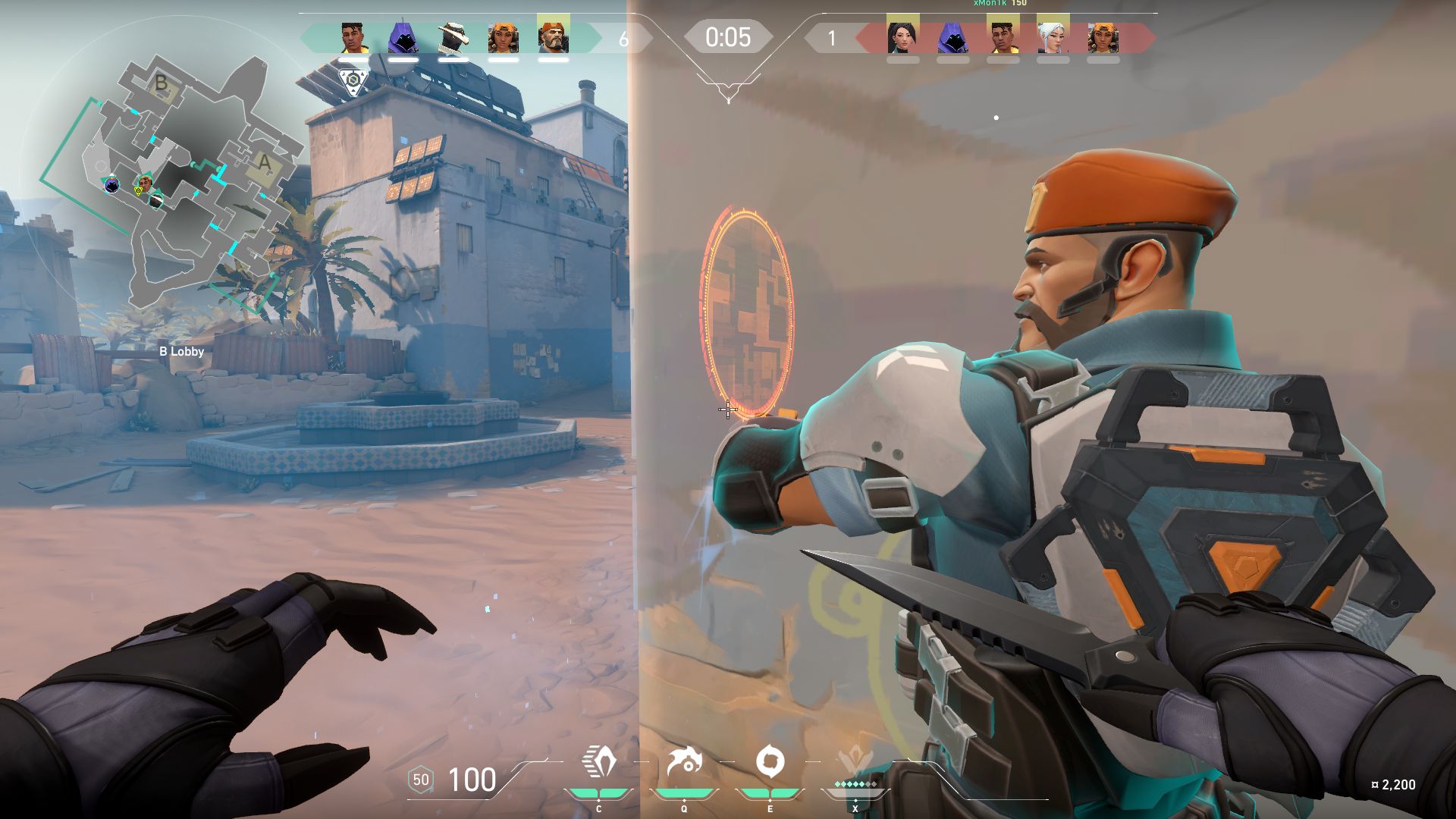 I don't mind. They earned it. Playing around each character's special capabilities brings each game to life, colouring in interchangeable gunfolk with toolkits you need to learn and anticipate. Rainbow Six: Siege has already shown this can work, but Valorant's wizards lend themselves to more outlandish and creative effects. Admittedly, a lot of them play similar roles to CS:GO's explosives and smoke grenades, but even there, the nuances are interesting. Every smoke ability creates a hollow dome of blocked vision, for instance, rather than a fog blanket. You can play with that, lying in wait inside one - or if you're Omen (and I usually am), using the cover to teleport somewhere unexpected.

I can't wait to start playing in bigger groups. The game's built around coordination, and I can see characters that specialise in gathering information becoming particularly useful. Abilities give you more to talk and think about, an extra layer of complexity that deepens the appeal beyond slowly walking around corners. Maybe someone scouted out that corner with a drone, or fired off a player-revealing arrow. Maybe that corner is covered in slowing goop. 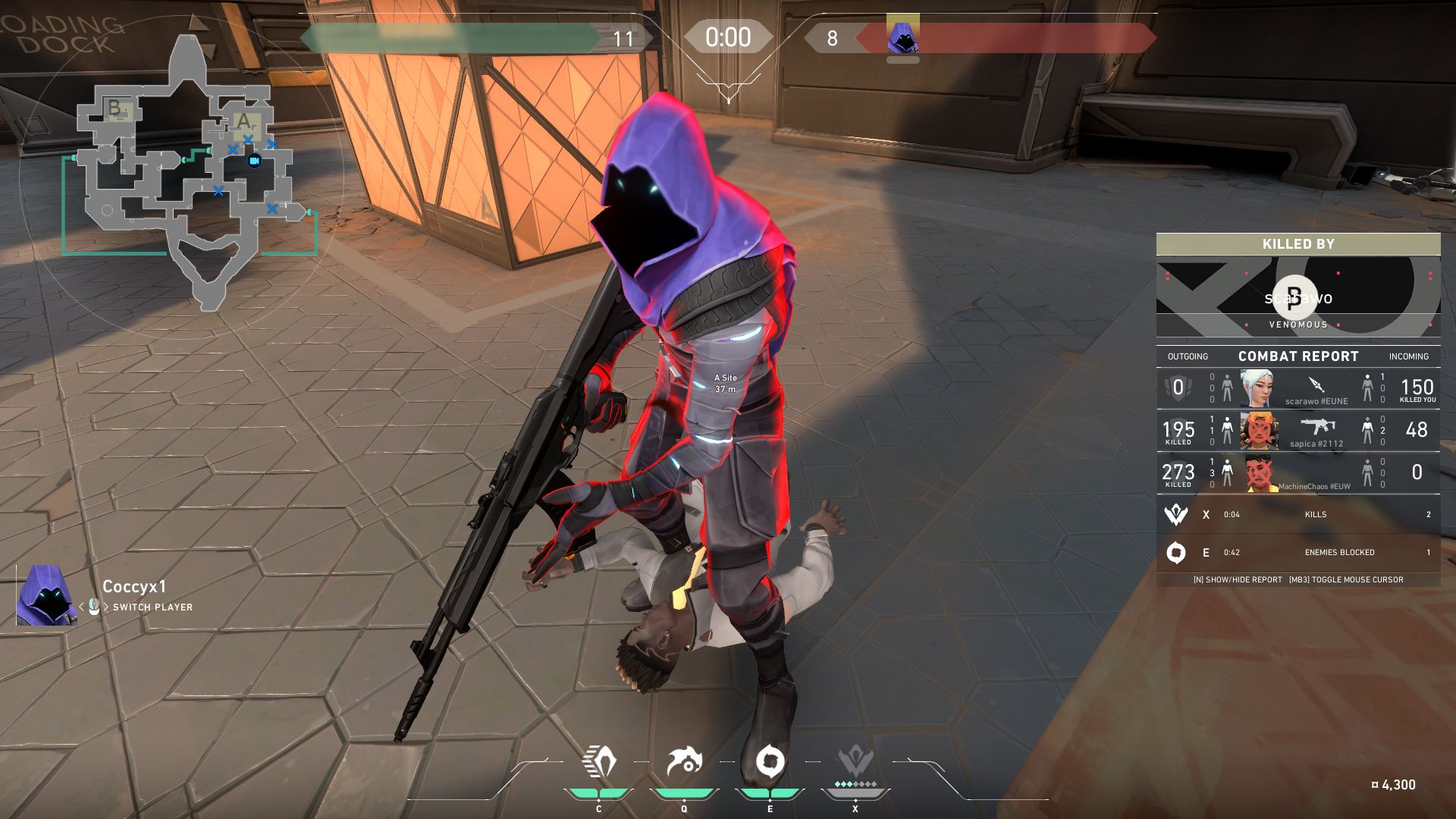 I should also stress that the shooting itself is splendid. My ears, eyes and fingers can't tell the difference between this and CS:GO, which is high praise. Guns kick and roar, never coy about their deadliness. The bomb-defusal format lends suspense to each round, letting you bask (or wither) in the spotlight. I played one match with a kid who spent most of the game calling people noobs, then found myself the last person alive on the team. With three enemies left, he urged me on. "You can do it", he said. I didn't manage it, but I still revelled in that moment.

Plus, although this isn't a huge deal, it's nice to not be playing terrorists. They might give Counter-Strike a firmer identity than Valorant's guns 'n' wizards, but I still prefer games that trade in magic nonsense over those that riff off real world horror.

Guns are better with wizards. I relish every chance to outsmart rather than outshoot, and Valorant gives me enough of them that I can see myself playing for a long time to come.