Update: We've now got the first video showing The Jovian Concord's changes to Gas City, with some before-and-after comparison footage. You can find it embedded below.

While Warframe's next major expansion, Empyrean, is still a way off, players of the free-to-play space-ninja shooter won't have long to wait for new toys, as the Jovian Concord update hits "very soon", according to developers Digital Extremes.

Much like April's remaster of the game's Plains of Eidolon environment, the Jovian Concord will spruce up the Gas City tileset used for Warframe's Jupiter maps, providing both a visual touch-up, and larger environments more suited to parkour. Also included will be a new set of baddies: cyber-mutants called Amalgams, who will bother you in regular play, as well as in a new endless survival mode. The update will also introduce a new Warframe, Wisp, with support and stealth chracteristics, as well as a boss fight with an airborne Eidolon known as the Ropalolyst.

I got to have a chat with Ron Davey, art director at Digital Extremes and art lead on the Jovian Concord, about revamping one of Warframe's oldest environments:

Warframe has a bizarrely long history, with design elements dating back to before that E3 2004 Dark Sector trailer. How long have you been at Digital Extremes?

I'm coming up on eleven years. I came on just as we were starting work on The Darkness 2.

Thank you, it was a bit of a niche title, that's for sure. There was a lot of work put into it, and we really enjoyed working on it, and kinda hoped that we were going to be doing The Darkness 3 to be honest, but it just didn't work out. 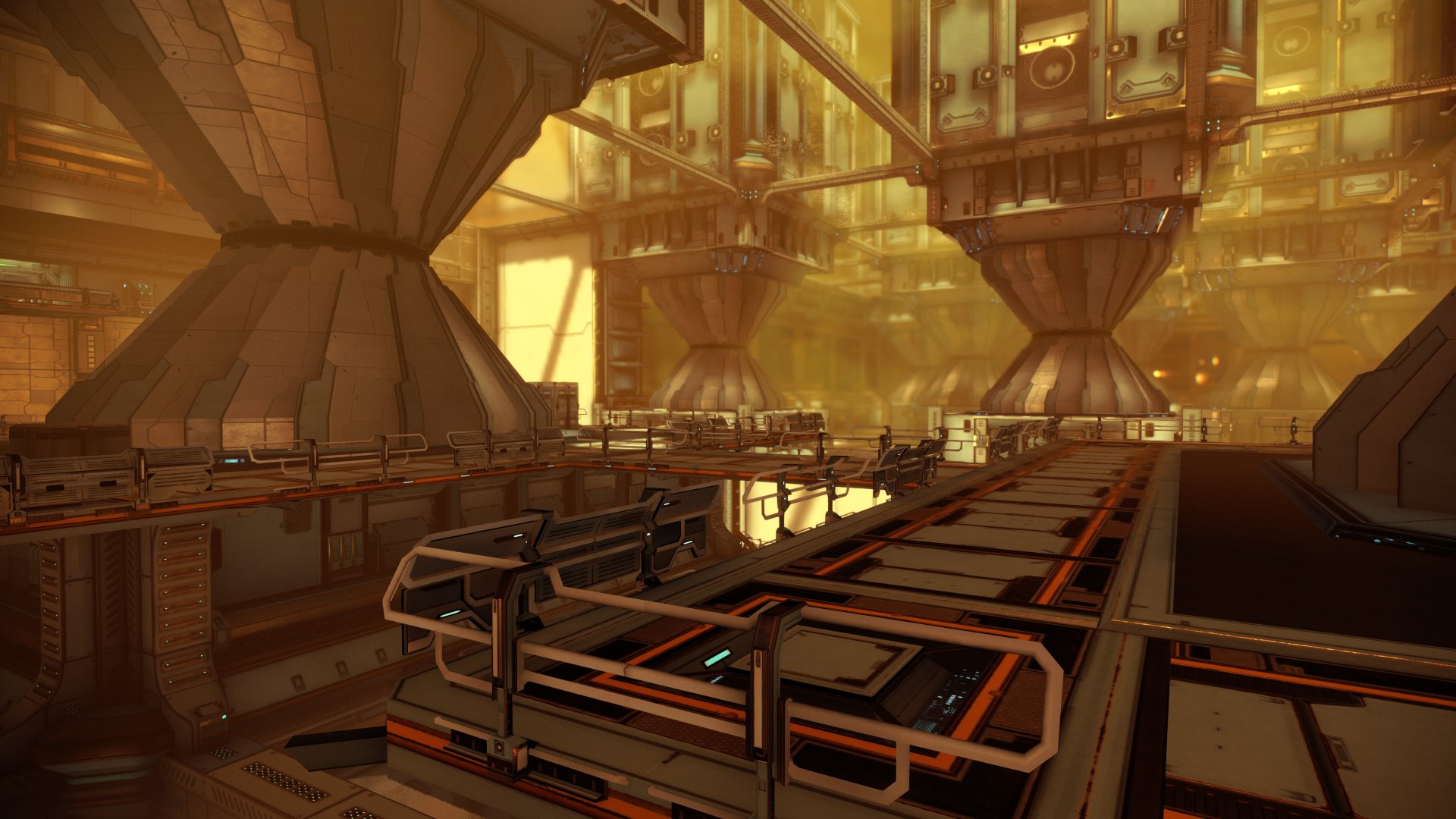 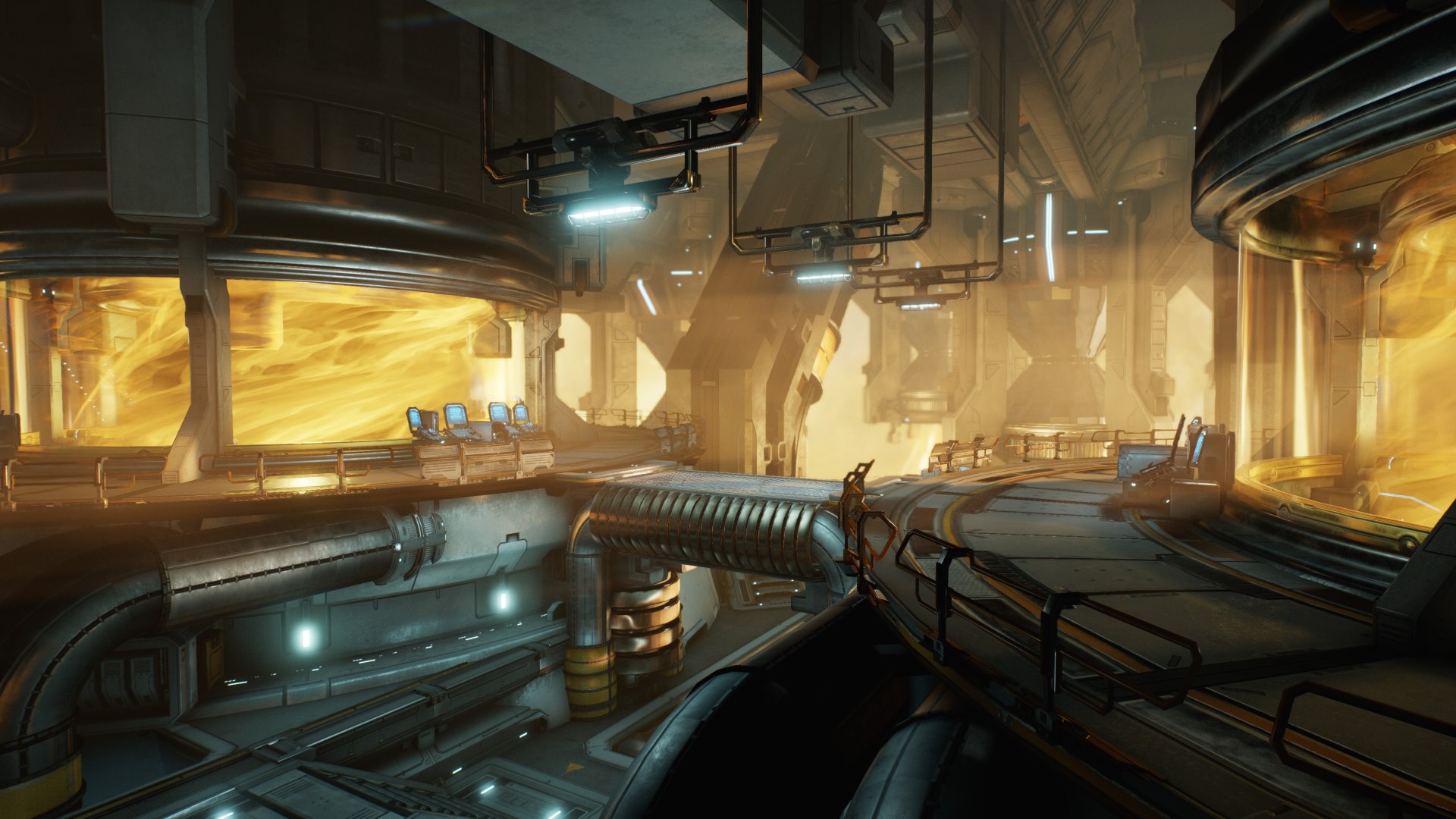 Yeah, I remember the Noclip documentary. Warframe was the final Hail Mary for the studio, wasn't it? Now you've got your own annual convention, and millions of players. Not a bad comeback.

We couldn't have asked for a better outcome, that's for sure. As you said, it was kind of a Hail Mary, the last of the studio. At the time we knew, but it didn't really sink in until a couple years later and we started talking about it. We were like "Oh wow, we were really close to having to look for other jobs."

You've probably seen the headlines recently, with games like Fortnite requiring enormous amounts of crunch to keep up with their update schedule. Warframe has been cranking out updates in a big way for the past couple of years. Hopefully you're not working too many extra hours?

DE has, even before Warframe, they've always made a point of maintaining a healthy work/life balance. A lot of us here at the studio - I think this is my 18th year making games - we started young, and as we've grown older, gotten married, had kids, we've always tried to strike that balance. So, thankfully, knock on wood, we do very little crunch here. It's also a benefit of being your own publisher, in that you can kinda shift priorities around. 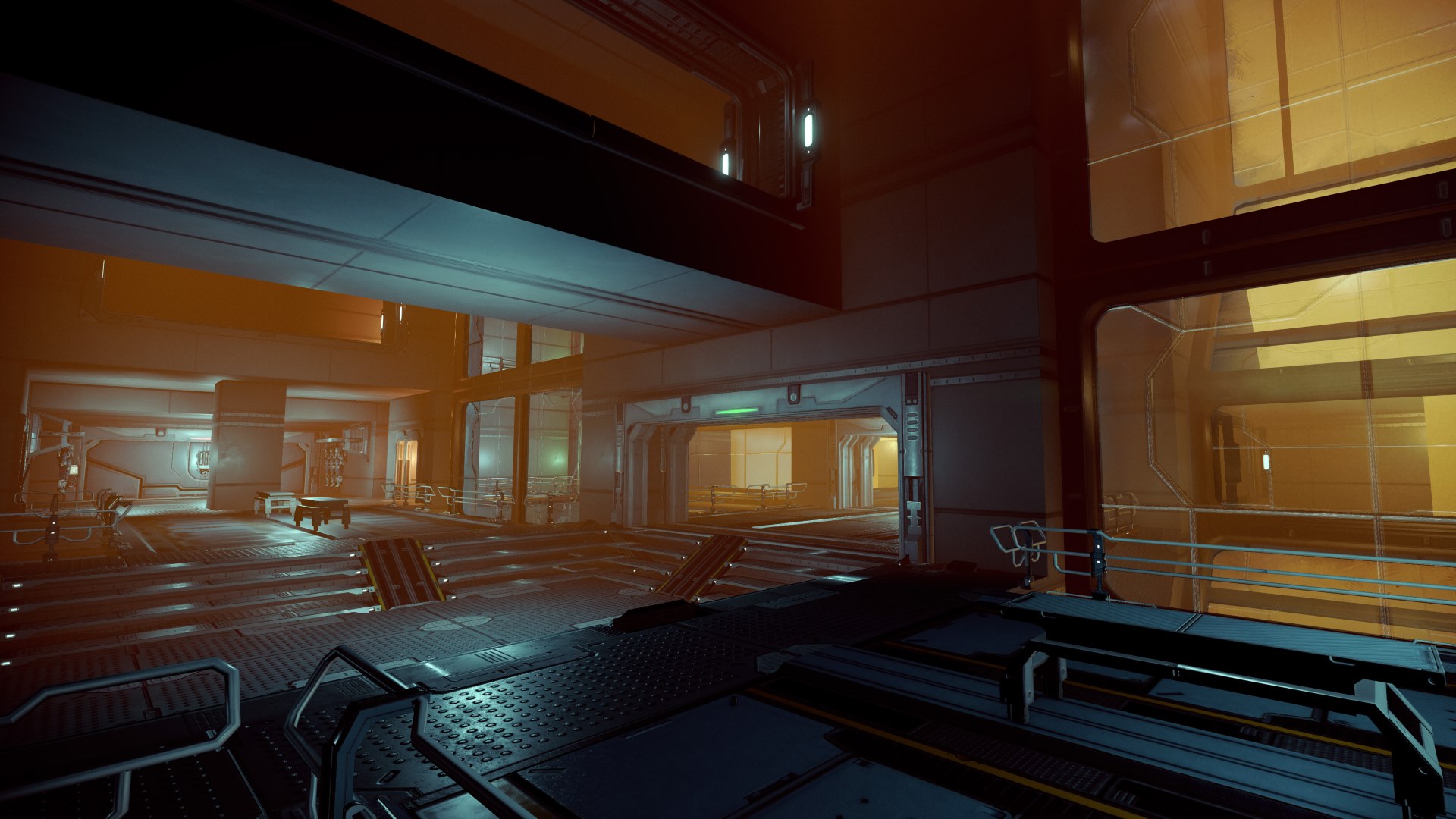 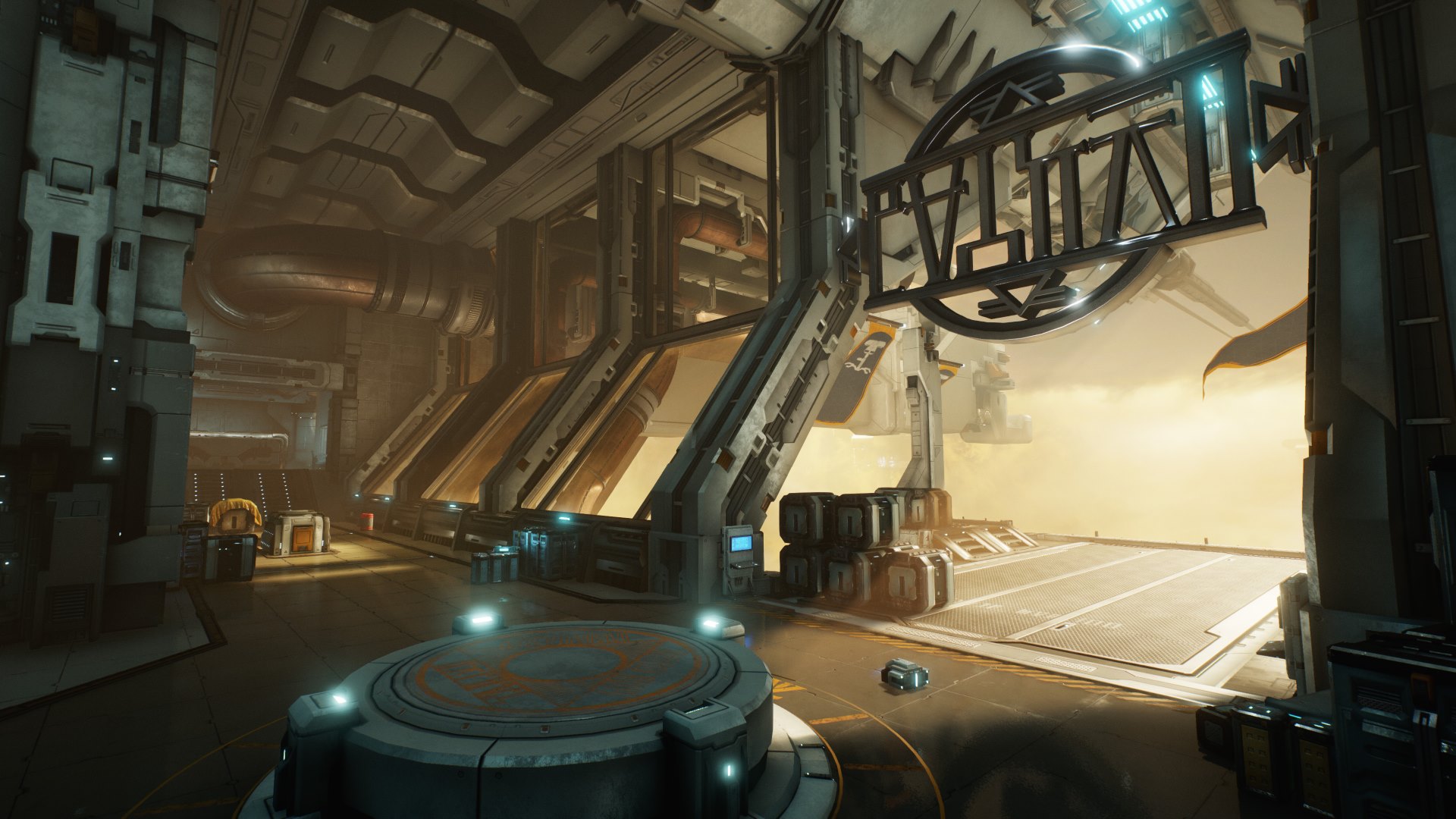 Warframe has grown a lot since its initial debut, and you joined the Warframe team fairly early on in development, right?

I came on just after that early release, and worked on the second release - the original Gas City.

That really defined the early aesthetic of the Corpus faction at the time.

Yeah, it helped define it. The art director, who left a few years back, Michael Brennan, he'd developed the overall look of everything, and produced art guides for us. When it came to the Corpus, they were utilitarian, they didn't care about aesthetics, [everything was]simple and blocky.

It has changed, clearly, as we've evolved and refined the story. They've become more of a capitalist merchant guild, showing off their money. It's all they care about, and they'll do anything to maintain that wealth. The addition of PBR (physically based rendering) really helped refine their look, and makes them look radically changed. 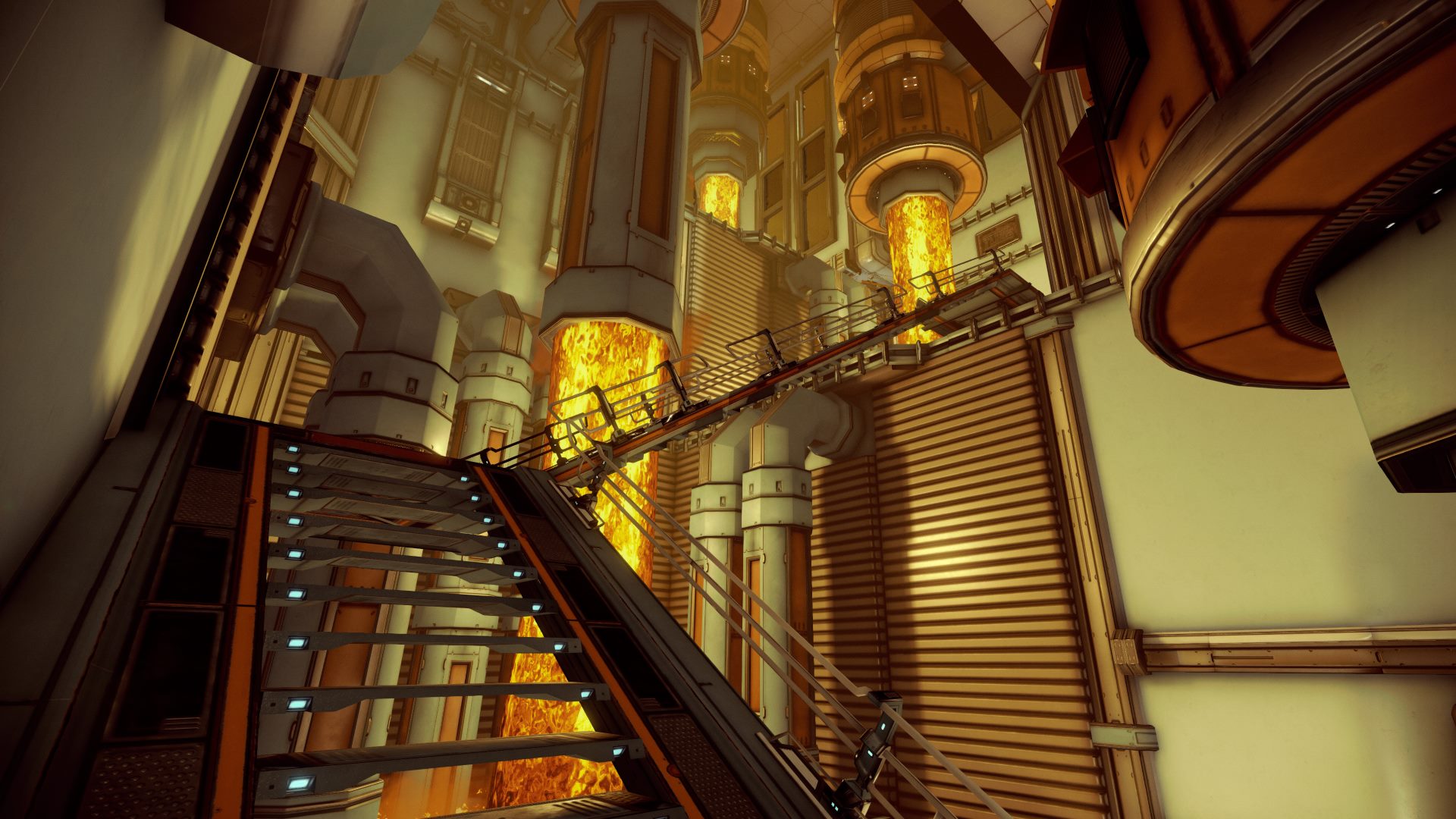 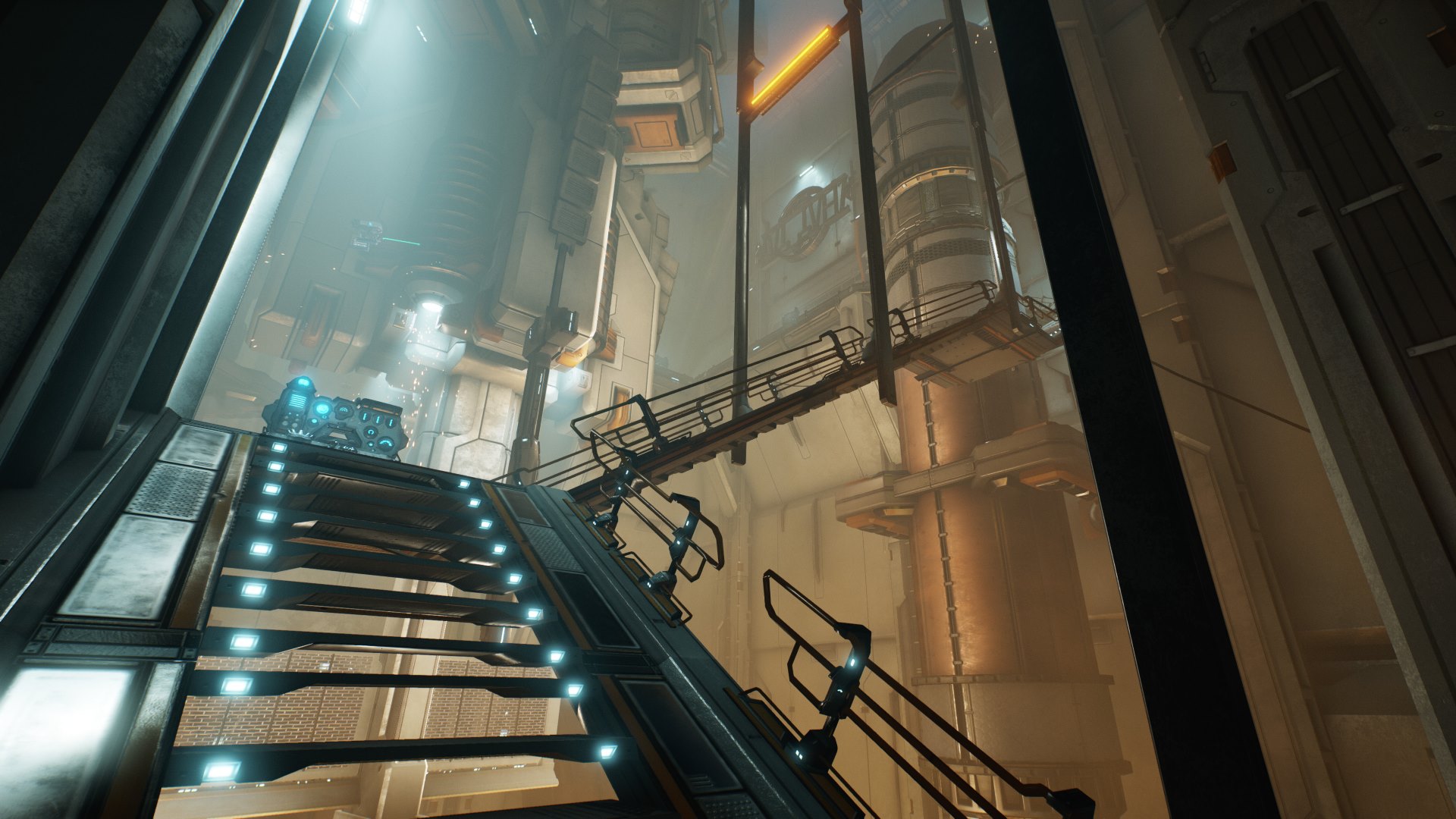 The original Gas City map was probably the biggest environment in the game when it first launched. Now the game has huge open-world maps, and I've noticed some big outdoor areas in the remaster. What challenges have you run up against, realising this new sense of scale?

Thanks to the tech advancements made by our engine team for Plains Of Eidolon and Fortuna, its made our job quite easy. The environment now feels gigantic, and the skyboxes really convey the scale of Jupiter. The addition of more exterior tiles has made the levels feel much more expansive, as we're not confined to hallways and large rooms anymore.

How many map tiles do you have in this environment now? The original Gas City could get a bit samey-looking after a while.

About the same amount. But we've come up with some new systems to help it feel fresh. You can play it seventy times before you realise 'Hey, wait a second, I've seen this same setup before'. There's room for a lot more procedural variation now.

There's an interesting mix of gilded towers and industrial complex going on in this reworked environment. What were the artistic inspirations for this new look?

Corpus design used to have a more generic sci-fi look, but they've evolved to look more "plugged in" to their technology. They don't sit at control stations, but are literally connected. We also looked at real-world gas refineries and tried to bring some of that design over. There was a challenge in melding the clean, laboratory-polished Corpus look with the concept of a refinery platform. We cut a few rooms from the original set that made no sense, like a metal-smelting room - a forge. It looked cool at the time, but it feels more coherent and believable now. 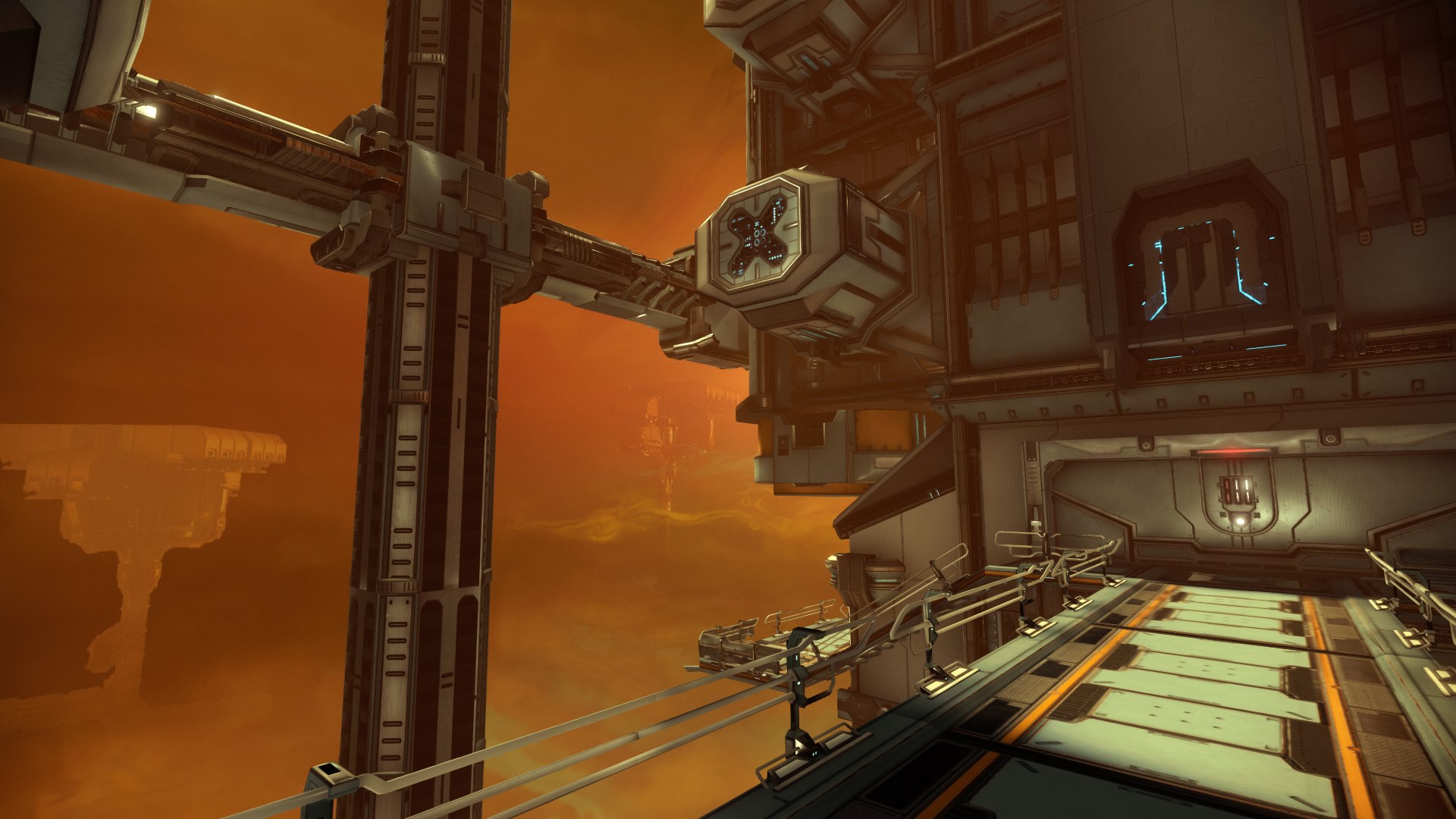 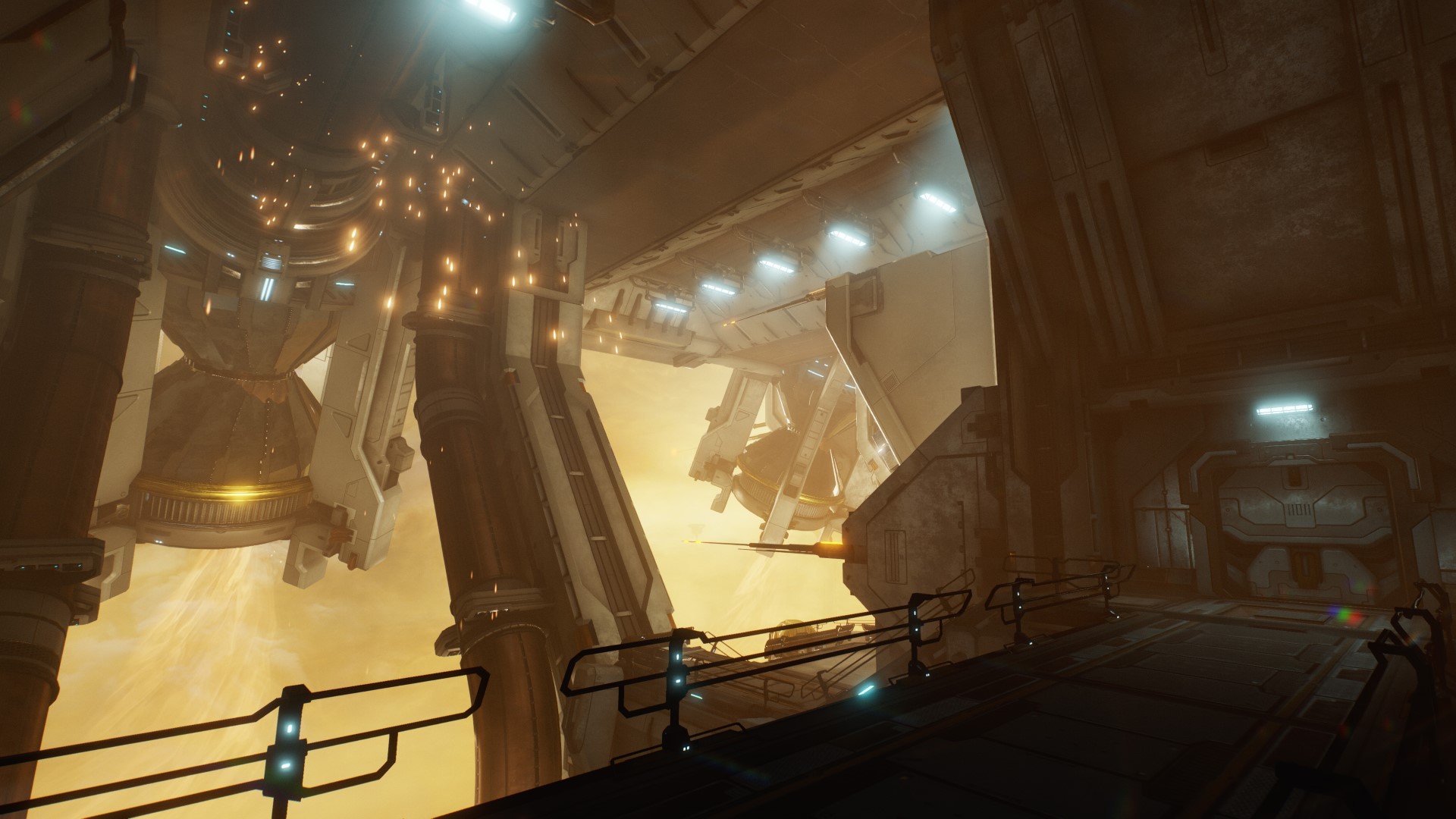 I've always been impressed by how open Digital Extremes have been with your weekly dev streams. Not many studios are willing to show off early prototypes of features, things that might not make the final cut, or even just textureless, white-box environments. It's rare to see how the sausage is made, especially on an MMO like this.

The way I look at it, it's like the behind-the-scenes looks you used to get on DVDs, which you don't see so much anymore. You'd get deleted scenes and director's commentary, and that's great to see as an artist. The community feels involved in the development as they're allowed to see the rough, unfinished bits. We believe the fans are smarter and more savvy than people think, and they've gotten used to seeing this process. We're helping them understand the development of games, and what it takes to make a great one.