As a strategy retelling of an ancient Homeric epic, the events of A Total War Saga: Troy are certainly up for reinterpretation - with one foot firmly rooted in myths while the other tentatively tiptoes around historical fact. Soon, though, you'll be able to bring your own twists on the Trojan war to fruition, with official mod support arriving at the gates of Troy via the Epic Games Store later this month.

Frankly, I'm less concerned about modding out Achilles' videogame weak-spot ankle than I am in replacing him with his chilled-out himbo namesake from Hades.

Mod support has been somewhat elusive on the Epic Games Store since the platform's launch. Long-touted, the feature finally saw a limited beta for Mechwarrior 5: Mercenaries over summer to very little fanfare. With Troytal War, the feature should finally be getting a proper test-drive.

It's Creative Assembly, not Epic, however, who've put together the hows and whats of modding the walls of Troy. In an announcement post, the devs give a remarkably thorough rundown of what do expect once mod support goes live on October 22nd. You'll be able to search through the mod library, filtering by tags, popularity or release date, and any mod can be added by simply pushing "Add to Library". Very Steam Workshop, it seems. Once downloaded, mods you've subscribed to can be checked on or off in the Total War Saga: Troy launcher. 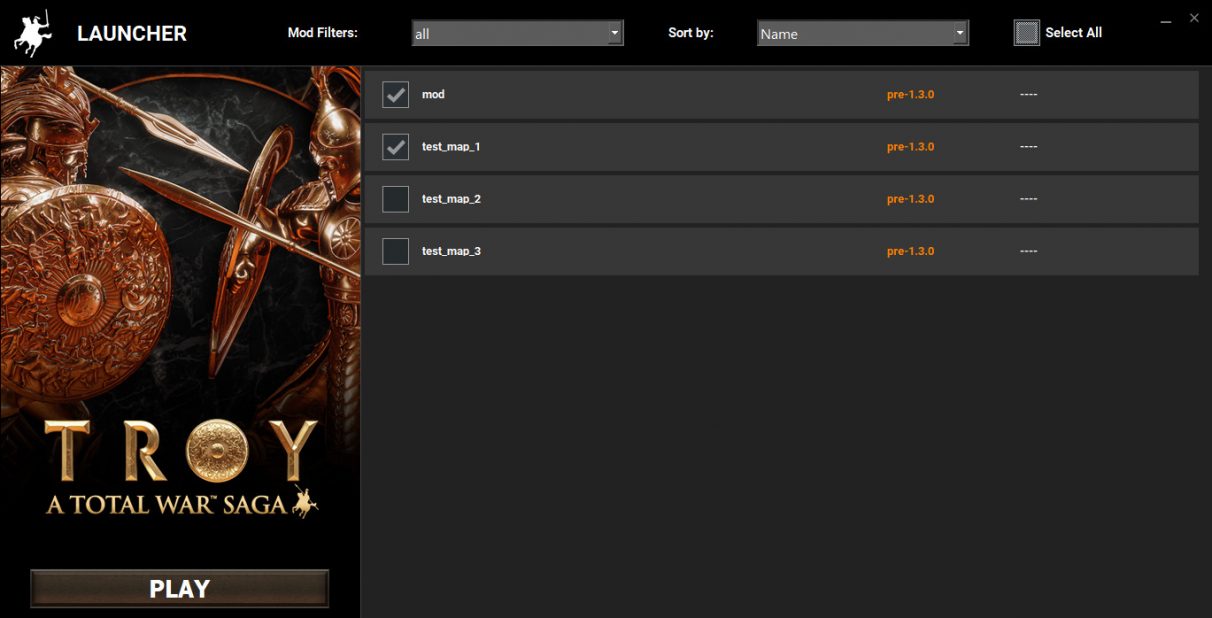 Nate did enjoy his time with the game in his A Total War Saga: Troy review, though reckoned it still fell into the same traps as previous Saga entry Britannia - It simply doesn't quite scratch up to the series proper, while still being bound by its constraints. "I suppose the frustration for me is the thought of what sort of a mind-blower Troy could have been if it hadn’t needed to be a Total War game in its entirety, but could still have gotten away with copying the two-layer strategy format."

Maybe he'd have had a better time if, say, Achilles was a 10 ft tall giant. Or the Trojans were all Lord Of The Rings Orcs, and the ancient city was made of, I dunno, cheese. Mods, man. Brilliant stuff. Mod support arrives on the Epic Games Store this October 22nd. A Total War Saga: Troy will eventually come to Steam, where I imagine it'll also get support via the Workshop sometime next year.