Feeling squeamish? If so, A Total War Saga: Troy's latest DLC probably isn't for you. The subtly-named Blood & Glory DLC for Creative Assembly's Ancient Greek murderfest arrived today, bathing Troy in a flood of blood, gore and grizzly details. And hey, if you're a sicko wot wants to immortalise your bloodiest victories forever, you can now snap your most gruesome battles with Troy's free photo mode update.

See, Blood & Glory is joined by a free update to Troy. While once planned to arrive last week, technical difficulties meant that update 1.3.0 now arrives alongside the bloody DLC, adding a new god, a new camera, and some long-awaited mod support.

Whether it be The Old World or Late Antiquity, it's become a slightly disturbing trend for Total War games to add a blood-soaked expansion pack after release. Ancient Greece is no exception, with the Blood & Glory DLC bringing in all sorts of gore and mutilation effects. Check out these absolutely rotten patch notes for flavour.

It's a fairly light DLC pack - but then, at £2.49 on the Epic Games Store, the price isn't too much to ask for an extra bit of sauce on top of your tactical maelstroms. Blood effects can be accessed in their own settings menu, where you can fiddle about with precisely how much gore you want in your game.

Really, though, it's today's free update that contains most of the goodies. Alongside a number of balance tweaks, today's update adds Artemis - Goddess of the Hunt and personal Hades fave. The epic giant Orion arrives for those who show the most piety to Artemis, while all factions will be able to pray to the Goddess to gain access to a new light archer unit. 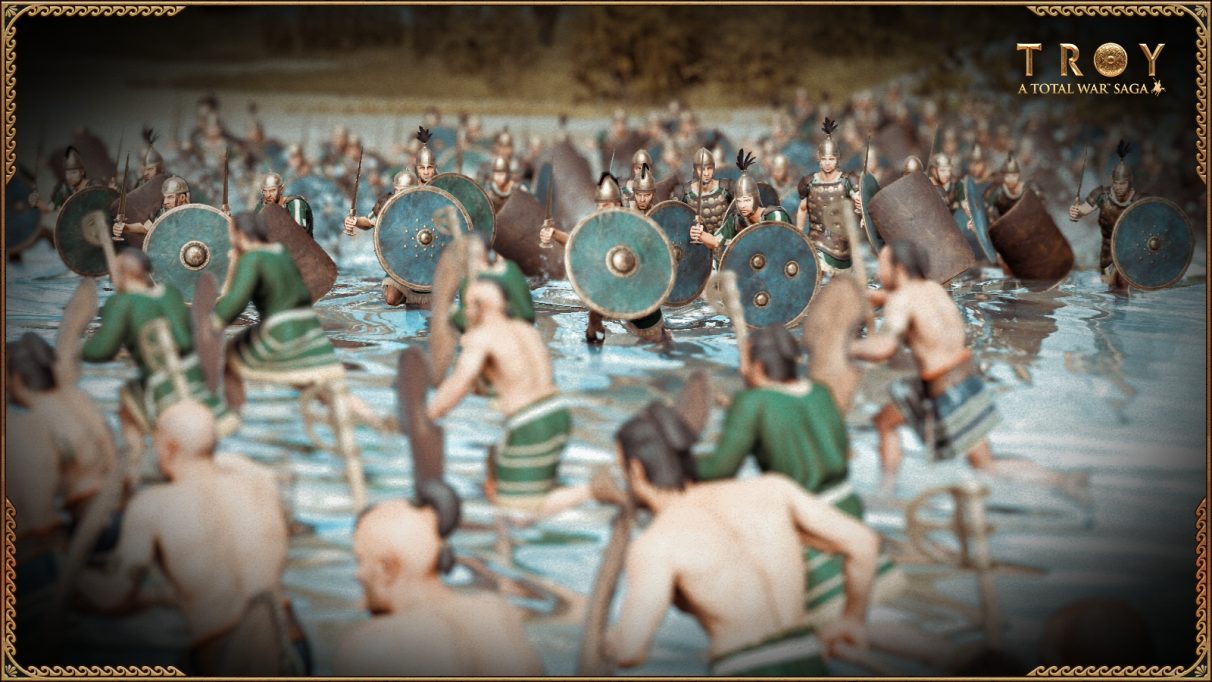 The update also adds a new photo mode to Troy, and it looks a real good'un. A boat-load of settings let you fiddle with all the camera options you'd expect (exposure, depth of field, F-stop, etc), though you can also conveniently change the rotation of the sky, the weather, and density of units on the field. A full list of photo features, balance changes, bug fixes and more info on Artemis' blessings can be found over on the 1.3.0 patch notes.

Finally, official mod support is now live, with the Assembly Kit mod tools free to download over on the Epic Games Store. I'd suggest y'all get cracking - at time of writing, the store's mod hub is looking rather thin.