If you're not tired of zombies, the good news is neither are Turtle Rock Studios, the folks behind Left 4 Dead. Last year they announced Back 4 Blood, a triumphant return for the numeral 4 and zombies, but have been quiet about it since. As proof that their project remains undead, Turtle Rock have shuffled out a new concept art image. You can spot the not cropped version below.

In a new post, Turtle Rock say "we wanted to give you a sneak peek and a bit of Hope," presumably meaning, yes, that very fortified-looking base bearing the same name. For now, there's nothing more concrete than a sun-dappled Hope on a hillside flying a United States flag. 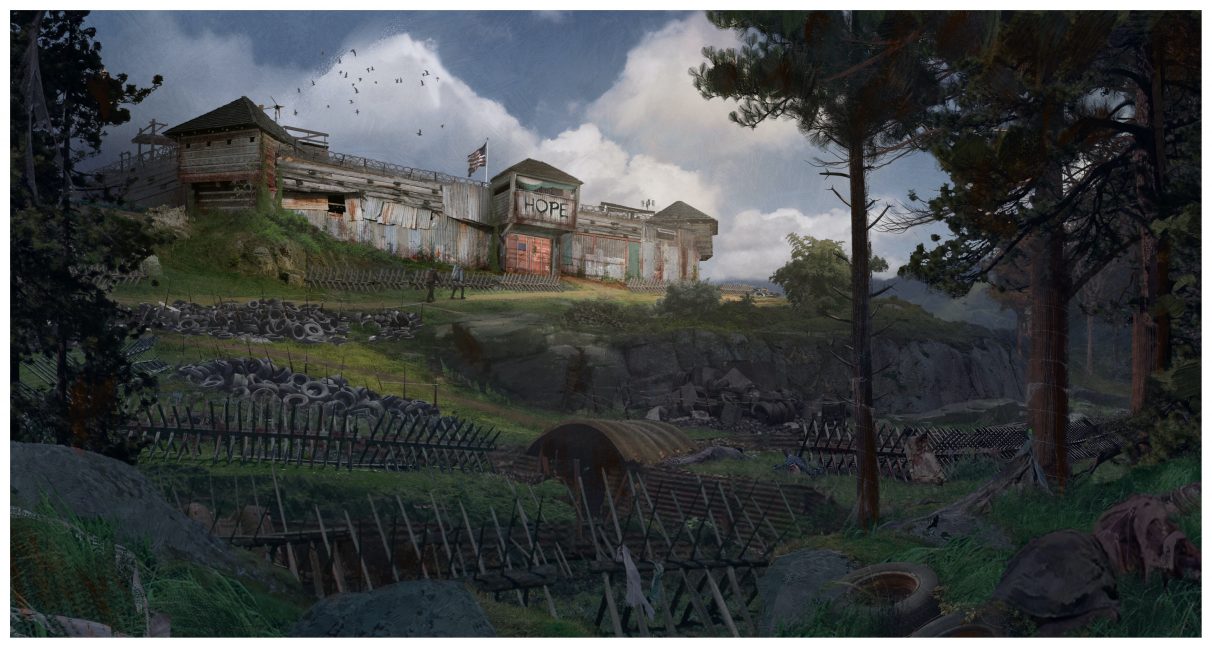 As for what we knew already, they divulged only a few details last year. "You’ll be able to shoot up a lot of zombies like in Left 4 Dead, but there’s a whole lot of new stuff in Back 4 Blood which makes it unique," they said over a year ago when Back 4 Blood was announced.

At the time they didn't share what would be new about Back 4 Blood, nor have they now, but it will include PvP and a campaign. It's not a battle royale game. We've got enough of those anyhow.

At least for now, Turtle Rock don't seem to have a release date or gameplay to share. They did respond to one Twitter user who asked about a trailer to say "we're working on it." Whether or not we'll see said trailer imminently is as much your guess as mine.

For more on Back 4 Blood, you can peep Turtle Rock's FAQ page, which for the moment appears to still be some of the most current information on their next zombie shooter.