I've been on something of an emotional journey with Harebrained Schemes' turn-based mech combat game, BattleTech. I was turned off by its unusually slow animation speeds and drawn-out wars of attrition during my first dozen-odd hours of play, but a combination of speed-up mods and deepening understanding of rules the game itself did not take the time to explain saw me fall ever-deeper in love with it. Many people, especially fans of its tabletop source material, adored BattleTech from the get-go, but others expressed similar concerns to me about its pacing - and soon enough the developers announced that their forthcoming first major update would offer new, official speed-tweaking options.

So, I bounced a few questions off BattleTech game director Mike McCain and ended up with some candid answers about exactly what we can expect from those options, the original design intentions behind the game's languid pace, how the team feel about it being altered by mods and why they'd "love to improve on" how BattleTech currently explains how to best take down a giant killing machine.

RPS: BattleTech is rather unhurried about its movement and animation speed. What led you to settle on that kind of pace for it?

Mike McCain, Game Director: Yeah, I think it's just evolved over time, for a few different reasons. Selling the scale and weight of 'Mech combat was certainly an important goal for us from the start of development, and BattleTech has always been more "giant lumbering war-machines" than some of the other mecha franchises out there. We wanted combat to feel visceral and cinematic - to not just be pieces on a game board. The default camera behavior really helps convey the scale of 'Mechs, but of course takes time. And, there's a lot of player-communication that can happen during a given action, so some of our steps to try to ensure that cause-and-effect and action results are clearly conveyed have probably caused turns to take a bit longer.

RPS: How has the response been to the game's slowness, generally? Were there many other complaints about it, or was it just me being grumpy and time-starved?

McCain: No, you're not alone! It seems like most players are content with the pace of the game, but we've also heard from many players (and some other reviewers) who wish the game moved along faster. Or from players who are starting to want more pacing control, now that they've played 50 or 100 hours of the game or more. We had gotten a little feedback like this during pre-release testing, but I'll admit that I didn't expect it to be AS frequent of a reaction as it has been. Combat used to be slower actually, during early development - so our internal compasses may have become somewhat skewed over time.

RPS: What about the pauses before and after some actions and sounds? What's the thinking behind those?

McCain: Oh yeah, I recall you speculating about this in an earlier article - generally we were just trying to ensure that there's enough time to digest the results of a given action. And in a few cases to keep MechWarrior VO emotes and 'Mech audio from colliding. We may have been trying too hard to make sure players wouldn't miss things, that combat would stay digestible.

RPS: How do you feel about the player-made mods which speed things up?

McCain: Honestly, we're always glad when players are passionate enough about the game to put things like that out there. Our only concern is that we don't officially support modding - and some of the changes people have been applying could be brittle, or break down the road as we update the game. So it's like, I'm all for folks modifying the game to suit their needs, in principle - I just also don't want players to end up inadvertently having a bad experience because of a mod they downloaded.

Changing specific json settings, at least, is usually pretty safe - like changing those delays to zero - you just might need to re-apply it after game updates, or if you ever need to verify your game files. 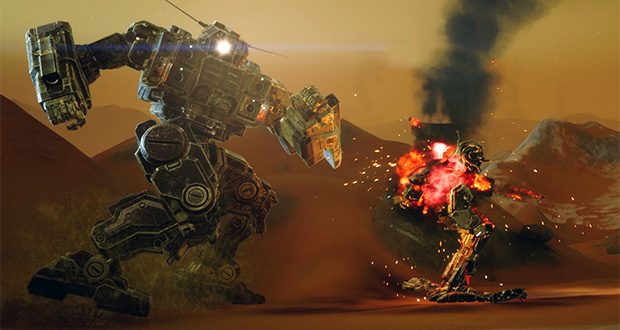 RPS: Can you tell us more about the official speed tweaks you plan to offer in the forthcoming update? How extensive will they be? What are the red lines you don't want them to cross, in terms of preserving your original vision for this game?

McCain: Good segue. In our first big update, among other things, we're adding a full speed-up mode that can be enabled or disabled at any time from the settings menu. It greatly accelerates the majority of a given action, then eases out of the acceleration at the end - so that you don't miss where a unit ends up on the map, or seeing the results of an attack. We're also adding an "on-demand speedup" function - basically, you can hit the SPACEBAR during an action to accelerate only that action. I'm excited about this one for players like me who might often want to watch the action play out, while still having the ability to "fast-forward" when desired.

And yeah it's an interesting question about "original vision", I'd say we don't really put too much stock in that. During development it's important to have a clear set of goals, and selling the scale and weight of 'Mech combat was definitely one of those. Post-launch though, right now it's all about reacting to player feedback. And that includes re-evaluating things like pacing.

If enough players would like better pacing control, then it kind of doesn't matter what our original thoughts and desires on pacing were. It's really important to us as a team that we're willing to update our goals and plans in light of new information. In this case, player reactions to the game at launch. Sometimes people can really hunker down on a position and have a hard time shifting their viewpoint, even as all the data changes around them - we try really hard not to be guilty of that. For that matter, I appreciated your willingness to re-assess BattleTech as you got deeper into the game.

Anyway - if we can give players more options to customize the experience as they like, that's good for us because it's good for them. 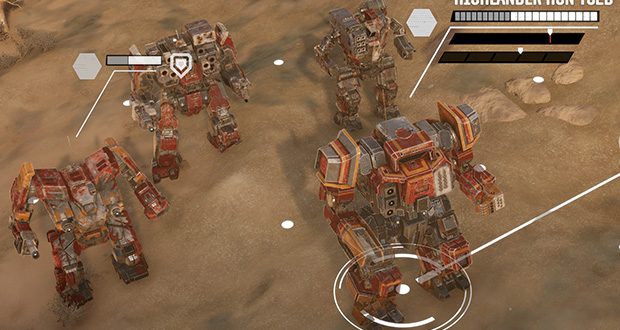 RPS: Why does the in-mission tutorial stop short of mentioning several critical mechanics that differ from the TBS norm - stuff that's perhaps obvious to long-term BattleTech players but might only become clear after many hours for newcomers - in favour of tucking it into dialogue trees with the base mode NPCs? Is this something that might be adjusted in later updates?

McCain: Time, mostly! Putting some information in dialogue trees wasn't about trying to tuck it away, it was about trying to make sure it got in. Our content creation pipeline does a lot of things well, but unfortunately, constructing tutorial missions was a more time-consuming (and error-prone) operation for us, so we focused on critical-path tutorialisation in mission and then did our best to augment that with the out-of-mission dialogue. We'd love to improve on this in some way in the future, but we're still evaluating what to prioritise after Update 1.

I'll add that we've been very grateful for all the fan-created resources that started to come out even before launch, there's some great write-ups and Youtube videos explaining different aspects of combat and mercenary play out there now, and I'm glad the community has done so much to help fill in some of those gaps for new players.

RPS: What's the fastest way to take down a King Crab? Asking for a friend.

McCain: Definitely stay out of range of those AC/20's for as long as possible, try to deal stability damage from range - look for ++ LRMs and PPCs with extra stability damage - and use any higher initiative units in your Lance to your advantage. Precision Strike and focusing your attacks on the left or right facing are also generally good ideas to maximize the effectiveness of your damage on a tougher enemy unit. The more you can pile onto that LT or RT location through a combination of knockdown called shots, Precision Strike, and positioning, the quicker you'll break through the shell to that soft internal structure.