Guardians still chasing godroll guns, rare loot for achievements and titles, or a deathray built from spacedragon bones should soon find themselves a little less frustrated, as Bungie plan to remove or reduce the randomisation that's stopping us from getting goodies in Destiny 2. The MMOFPS's weekly content reshuffle has given many players long and frustrating waits for specific activities to get items they want, see, and god help people trying to collect all the bafflingly/pointlessly rare loot in the Dreaming City. This, and more, will change soon.

"For some time now, we've been encountering issues where some of our resets would catch bad streaks, preventing players from completing various Triumphs or earning their desired Titles," Bungie said in yesterday's dev blog post. They sure have. Some of the game's Nightfall strikes (tougher, score-chasing variants of dungeon missions) have gone months between appearances, which is no fun if you want to get its rare reward and especially if that single item is keeping you from claiming a big show-off badge.

Bungie say they will "be putting effort into preventing streaks where specific Nightfalls appear multiple weeks in a row or don't appear at all for months, and we'll be making sure your experience tackling strikes associated with Seals isn't feast or famine." Which is good.

Another random element is going entirely, as Ada-1 will start stocking all weapon frames at all times. The vendor of the Black Armory, who lets us craft specific types of weapons over and over to grind for our dream perk roll, only stocks three of her seven weapons each week. This has also led to being entirely unable to get certain weapons for weeks at a time. So soon she'll have a rummage in the back and discover oh! all those crates in her vault are full.

In other frustrating rarity news, the Ghost shell, spaceship, and Sparrow spacebike from the Dreaming City and Last Wish are getting their respective drop rates "doubled, tripled, or more." These kinda-ugly cosmetic doodads have kept many a player from completing the area collections and therefore their badges and therefore their titles and therefore being totally hip like the cool spacekids.

But most importantly, I say as someone who is way into deathrays built from spacedragon bones, Bungie are buffing the drop rate for One Thousand Voices, the exotic fusion rifle built from spacedragon bones which screams lasers and explosions. That's eluded many players too, which is a shame when it is so much fun to scream lasers and explosions. Bungie say the odds will be only "slightly better" but hopefully that's enough for a gun which should be rare but not THIS rare. 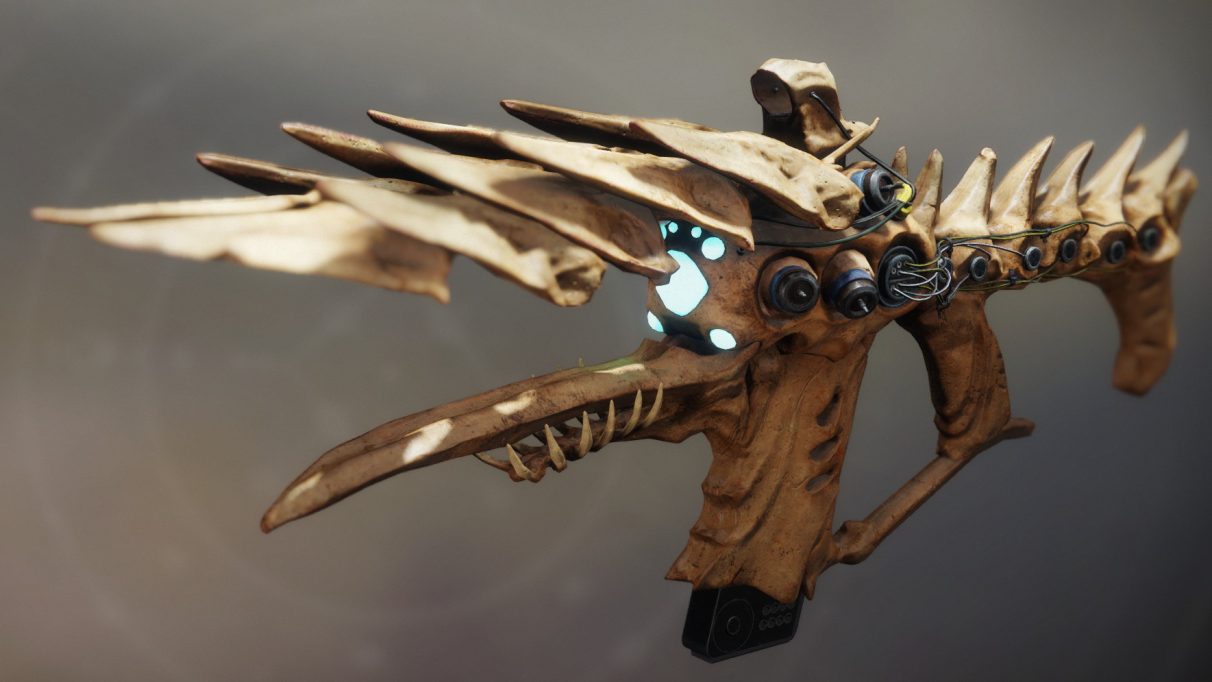 Drop rates for the Cayde's Stash, Dreaming City, and Tangled Shore lore snippets are going up too - more good news for titlechasers.

Ada's stock, the item and lore drop rate changes, and more are expected to arrive in Update 2.2.1 on April 9th. If the Nightfall changes are also coming then, Bungie are coy about it.

April 9th will also see the start of Arc Week, a mysteries event celebrating zappy energy in some way. No idea. I'd settle for briefly having Lord Shaxx and the Drifter, my spacedad and his deadbeat brother, shout "BZZZZZ!" in all their announcer lines when relevant. I expect Bungie have something different planned. Shame.

As for right now, the recurring PvP event Iron Banner returned on Tuesday. It's a twist on the control point mode, with power level advantages enabled and big score bonuses for teams who grab them all. And, obvs, there's loads of loot up for grabs. This time, Iron Banner offers the curious option to reduce your own level by 100, making you take a lot more damage and deal a lot less compared to a maxed player. That's been an interesting challenge. Under the 'Iron Burden' debuff, my Titan punches don't one-hit-kill and someone blasting me with popular weapons like Ace of Spades will kill me in two hits rather than three. I've had to try harder, and that's been good.

If you don't enjoy weird challenges, why would you ever debuff yourself? For bonus progress on the Iron Banner big loot bounties plus, after 500 kills under Iron Burden against higher-level players, a special fusion rifle. The gun's not amazing, not compared to some other curated fusion rifles, but it's kinda fun in PvE for its perk giving bonus grenade energy - and it sure is another thing to chase.

Following the addition of Gambit Prime and Reckoning modes with the second season of the Annual Pass, Destiny 2 now has so much to do. Even as an avid player, I'm leaving plenty unfinished each week because I still have other things to do. It's good when an MMO reaches the point where I can pick and choose favourite activities rather than scrape the barrel for rewards.

So much of what I've heard about the early days of Destiny 2 is terrible, a big ol' pile of frustration players had to wade through for little reward, but the game's gotten into really good shape since I started playing in November. These upcoming changes are welcome polish rather than desperately-needed overhauls. Now if Bungie could make older armour sets drop with the new random perks so I could hone my Destiny 2 fashion, I'd be thrilled.